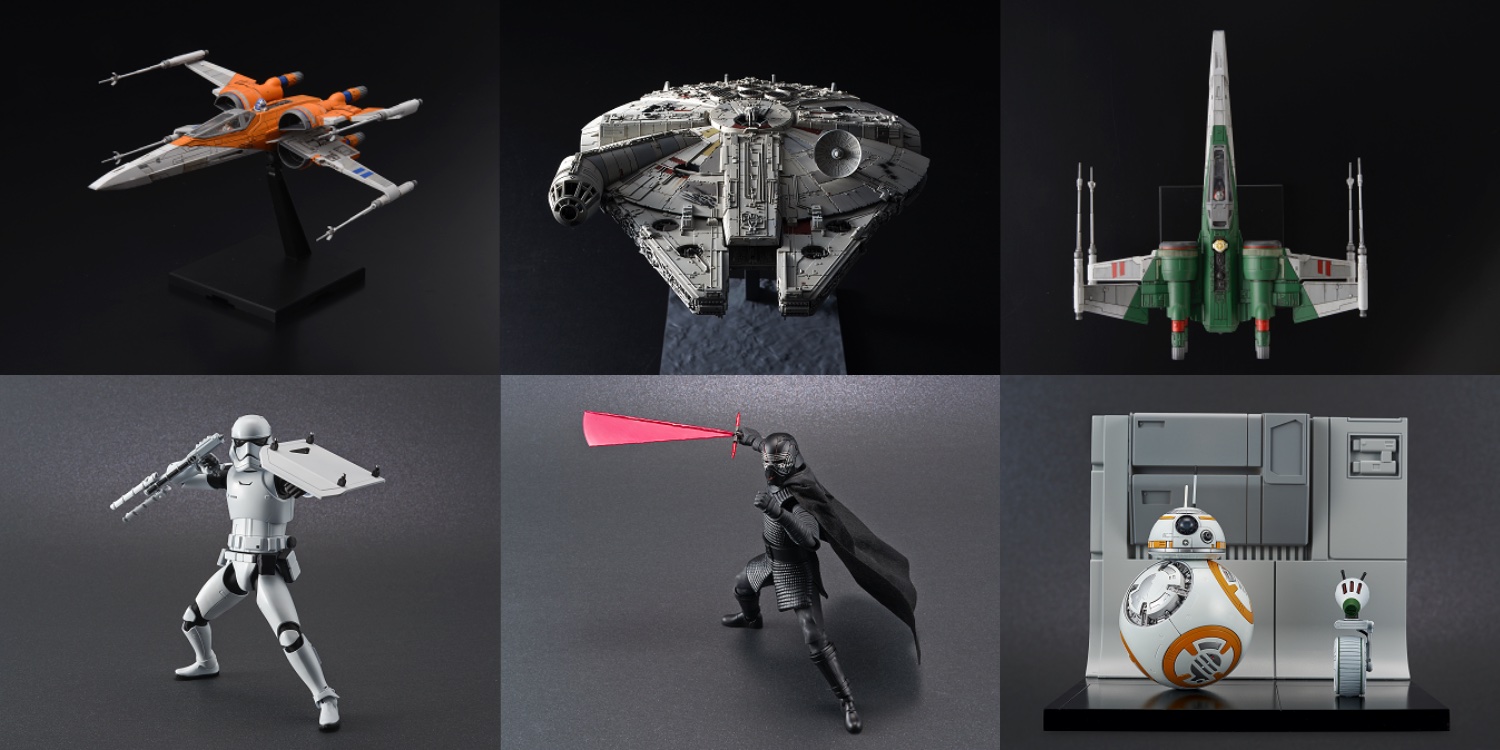 Back in February, Bandai announced a massive 1/5000th scale Imperial Star Destroyer model kit, but the company has been quiet since then on the Star Wars front. Now ahead of this Friday’s Triple Force Friday bonanza, we’re getting a look at six new model kits from Bandai to coincide with The Rise of Skywalker. Ranging from 1/12 scale figures to 1/144 recreations of famous Resistance starfighters, you’ll want to head below for a closer look.

Across Bandai’s new collection of model kits, you’ll find three vehicles and three figures from The Rise of Skywalker. All of the Star Wars characters here enter in 1/12th scale, while the cars will either clock in at 1/72nd or 1/144th. Prices start at $30 and climb for $60, so things are definitely on the more affordable side for this wave of releases.

On the figure side of these upcoming Star Wars releases, there’s a BB-8 and D-0 Diorama Set priced at $30. While we’ve seen the lovable spherical droid before, this marks the first time D-0 will be buildable via model kit. 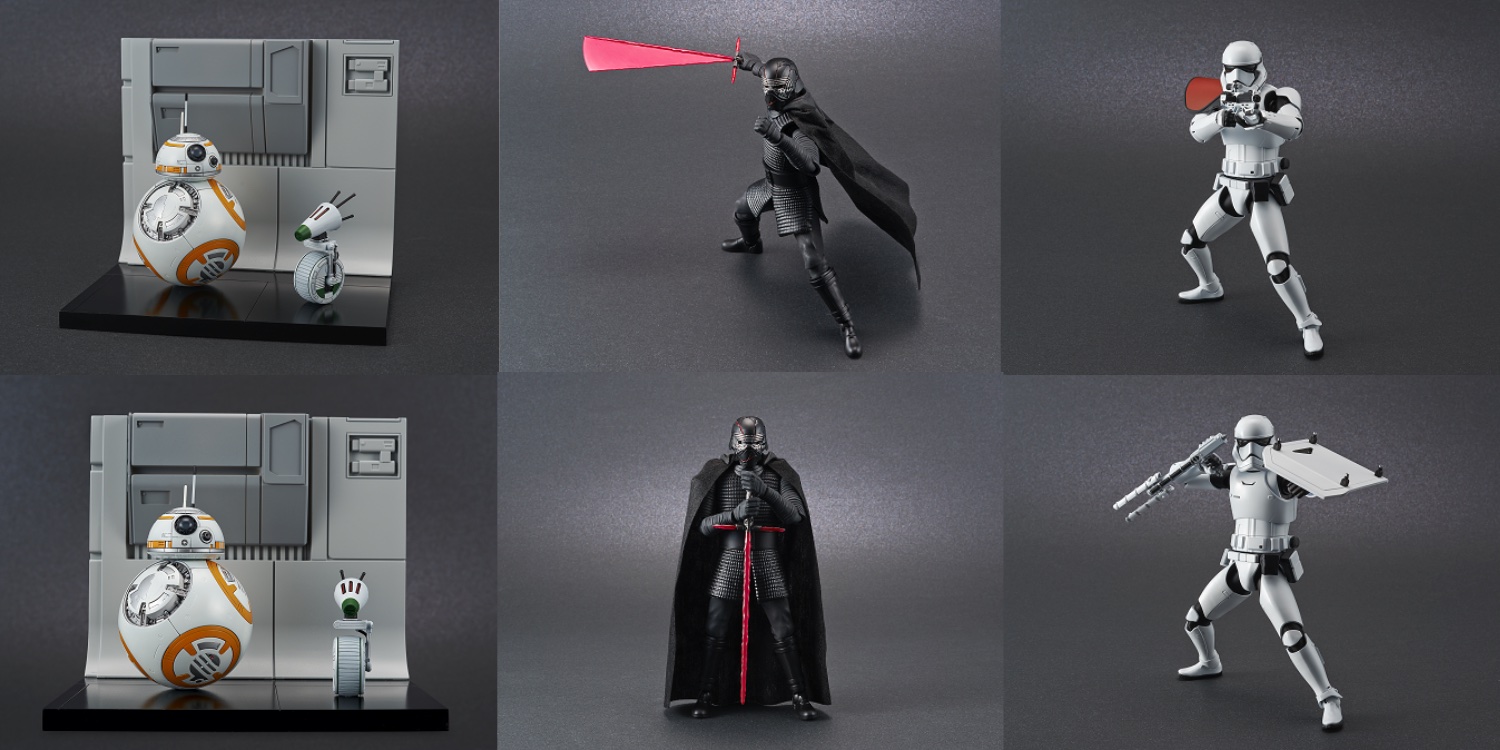 There are also some new versions of First Order characters headlined by the Kylo Ren at $38. Included alongside the figure itself are several different pairs of hands for striking various poses and even a Light Saber with in-motion effect. Finally, there’s a $30 First Order Stormtrooper that comes complete with a variety of extra accessories.

Disney continues to prove that it won’t pass up an opportunity to release a new Millennium Falcon, with the fastest ship in the galaxy headlining this new series of Star Wars model kits. Stacking up to a 1/144th scale creation, this build has a refreshed paint job from previous iterations and includes miniature versions of Poe and Finn in the cockpit. It’ll launch with a $60 price tag. 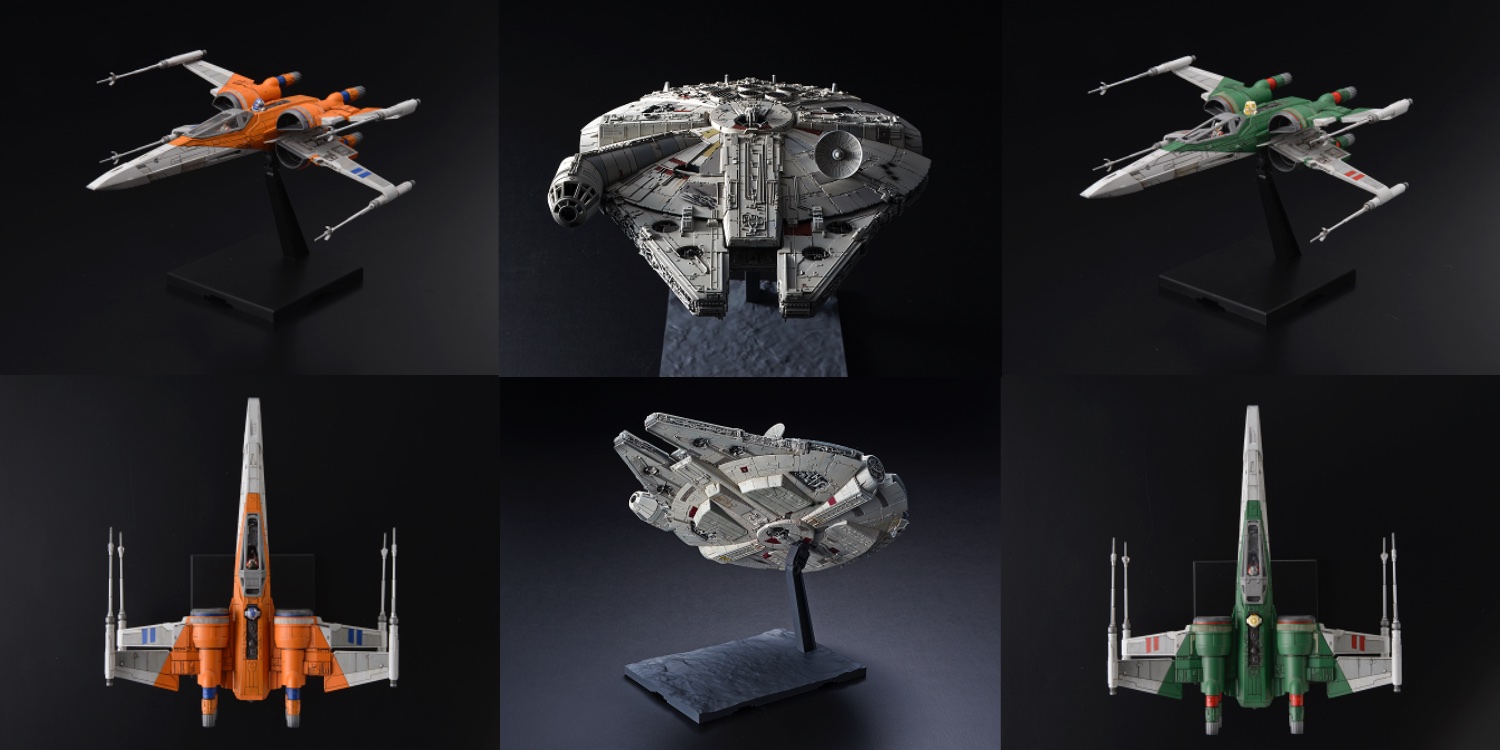 In Bandai’s new collection of The Rise of Skywalker kits, we’re also getting two different versions of the Resistance X-Wing. Most recognizably, there’s Poe’s X-Wing with R2-D2., which has the familiar orange accenting that the character is known for. Bandai also has a more generic iteration of the X-Wing, which includes an R5 astromech droid. Both versions will cost $33 and include a display base, landing gear, and laser effect parts.

In the world of Star Wars merchandise, Bandai has always seemed to take a backseat to new releases from other brands. So with all of the fanfare surrounding The Rise of Skywalker, it’s great to see these new model kits debut alongside a fresh batch of LEGO builds.

Even so, it’s a little disappointing that we’re getting so many re-releases. The Millennium Falcon has seen a few entrances to the Bandai Star Wars catalog over the years. Not to mention Kylo Ren, BB-8 and Poe’s X-Wing have also seen previous versions hit the market.

Even so, many fans will appreciate the new coats of paint and variations. I for one am excited that Bandai is mixing it up with a new action-oriented Kylo Ren, which will surely stand out on display with the new posing options.