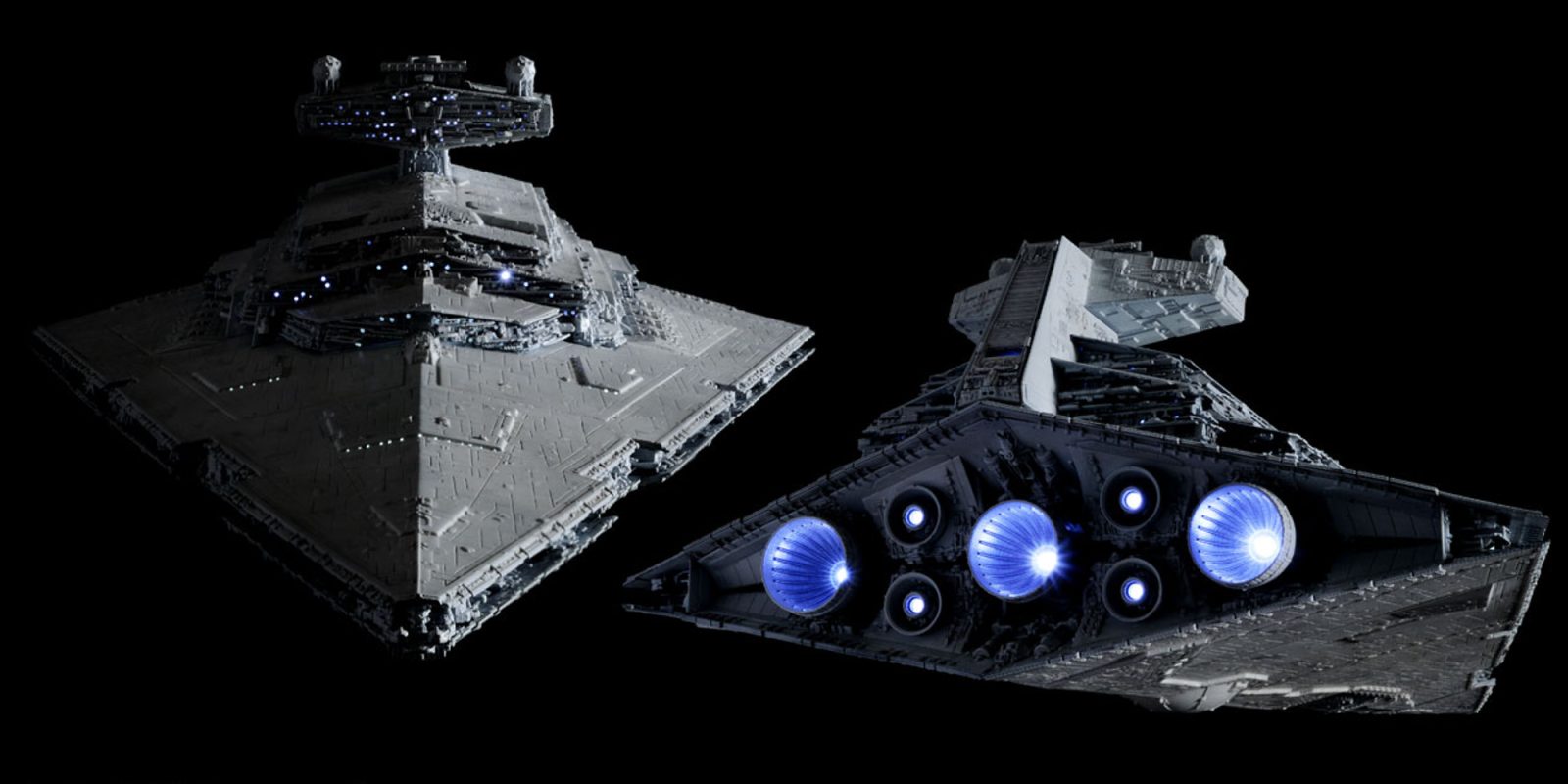 Bandai has been partnering with LucasArts for some time now to release scale recreations of characters, vehicles and more from the Star Wars universe. In the past we’ve seen detailed astromech droids and screen-accurate Sith Lords, but now we’re getting something a little different. The company has announced that it will be tackling its largest in-world starship yet; the Star Destroyer. Measuring over a foot long, Bandai’s Star Destroyer Model Kit aims to recreate the crux of the Imperial fleet. Head below for a more in-depth look.

Bandai’s catalog of kits has grown to be quite comprehensive as of late. It now spans all three Star Wars eras and encompasses some of the most iconic spaceships from a galaxy far, far away. Though for fans of massive space-faring vessels, most kits have focused on smaller 1/72 or 1/144-scale builds. Well, that is until now.

The new Bandai Star Destroyer model kit is the company’s first attempt at creating a vehicle as large the v-shaped vessel in a plastic build. You can think of it as a fictional aircraft carrier, which dwarfsthe jet-sized Tie Fighters. In fact, it’s the only one of the models that isn’t at either two of the aforementioned scales. Instead, the model favors a 1/5000-scale in order to accurately encompass all of the Destroy’s greebles and details. 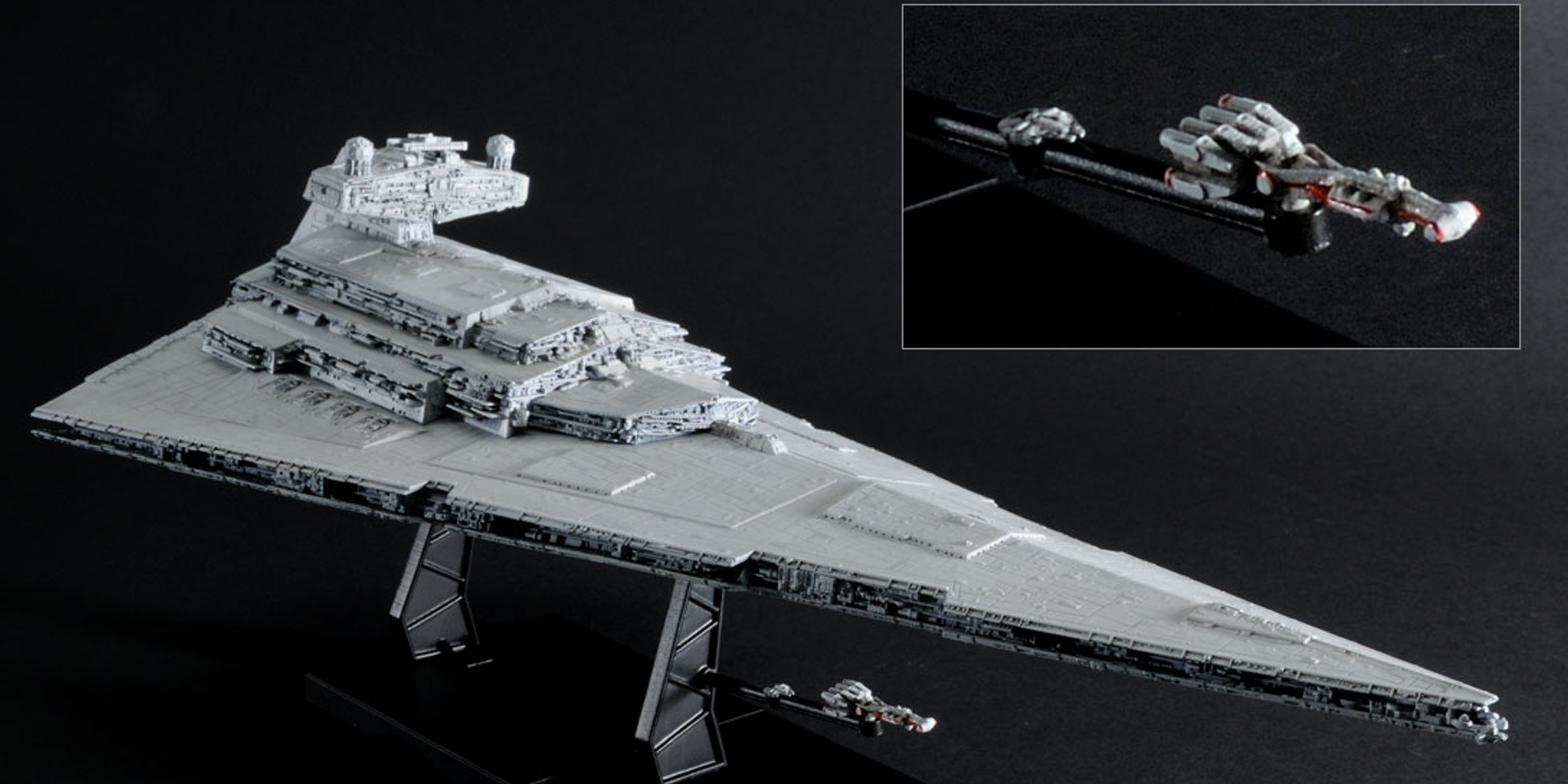 In order to stay true to the on-screen depictions, Bandai’s Star Destroyer stacks up to nearly 13-inches long. Not only has the size allowed for all of the ship’s iconic details to appear, but also some other notable inclusions. An LED lighting kit adds the final pop of authenticity, taking it above and beyond the look of other models.

Also included in the kit are miniature versions of the Millennium Falcon and Tantive IV Blockade Runner – so you can recreate your favorite scenes from the Original Trilogy.

As with other kits from Bandai, pieces come pre-painted and snap-fit together, so no glue is required. Even though it is on the larger side for a model, it doesn’t look like it’ll be impossibly complicated. Other Bandai releases, like the Perfect Grade Millennium Falcon are pretty overwhelming, but that fortunately doesn’t seem to be the case here. 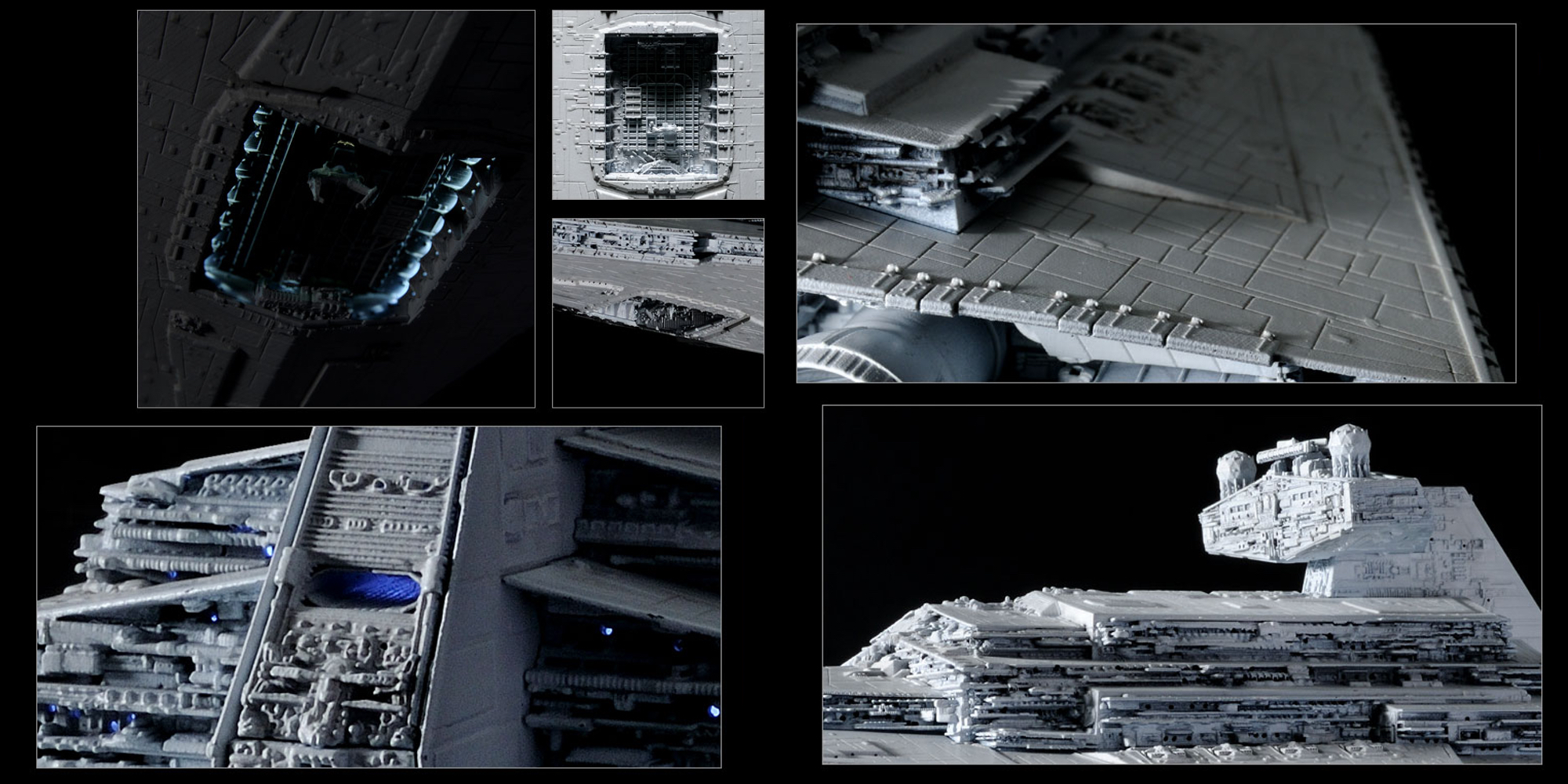 It’s still unclear when the Bandai Star Destroyer Model Kit will officially be released here in the United States. As of now there’s a target of August 2019 for Japan. But there’s no telling when international distributors will begin stocking the release. Price-wise, we’ll be getting two different versions of the ship to choose from. A standard version will sell for around $75, while a deluxe set will clock in at $120. The latter of which will include a transparent frame and LED lighting kit.

I’ve built a few different Star Wars model kits in the past, and the Bandai Star Destroyer model catches my eye in a way that previous releases haven’t. It’s hard not to love a detail-packed space ship, but the way that Bandai has managed to implement the vehicle is pretty impressive.

As the first company’s crack at capturing the likeness of a proportionally-massive vehicle, they did a noteworthy job. I’ll be eagerly awaiting its release come the fall, as right now it’s a one-of-a-kind release from Bandai. 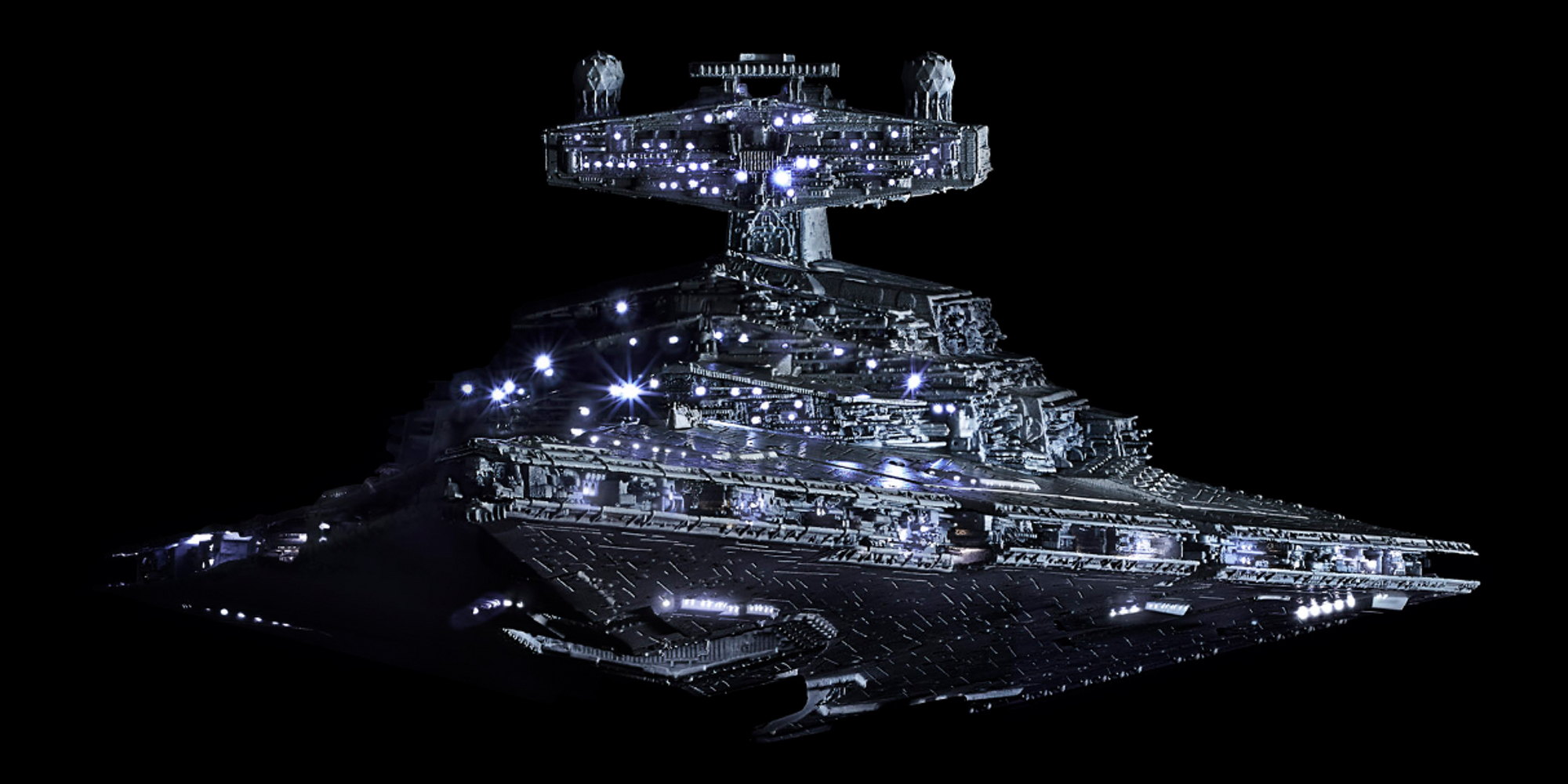