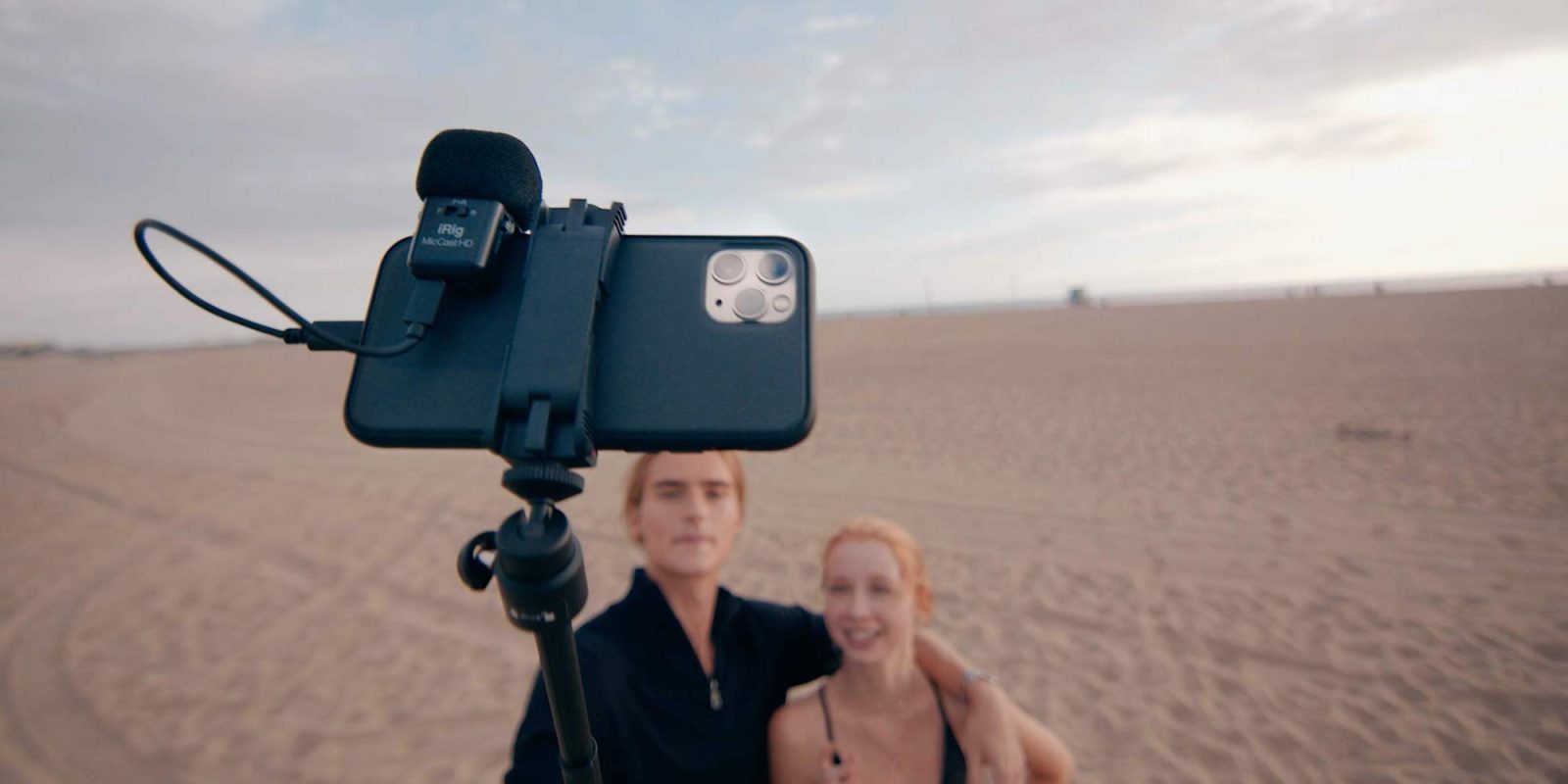 IK Multimedia is introducing a series of new streaming microphones and a portable audio interface today. The company makes some of the best and most affordable music production/audio gear out there, and is continuing that tradition with new entries in its Creator Series lineup for YouTubers, live streamers, and other budding online broadcasters. Starting from under $50, today’s offerings mark some of the most affordable options in the product category. Head below for all the details.

First up is the iRig Mic Cast 2 and iRig Mic Cast HD. Both models are specifically designed for use on iPad, iPhone and select Android devices. Of today’s new streaming microphones, the iRig Mic Cast 2 is essentially the entry-level model. It makes use of a magnetic system that affixes the mic to your smartphone or iPad “in seconds” via portrait or landscape mode. It also sports a dual capsule array which allows users to select front, rear or omnidirectional pickup patterns, which is great for removing off-axis noise from your recordings. Available for pre-order right now, it is listed at an affordable $49.99. 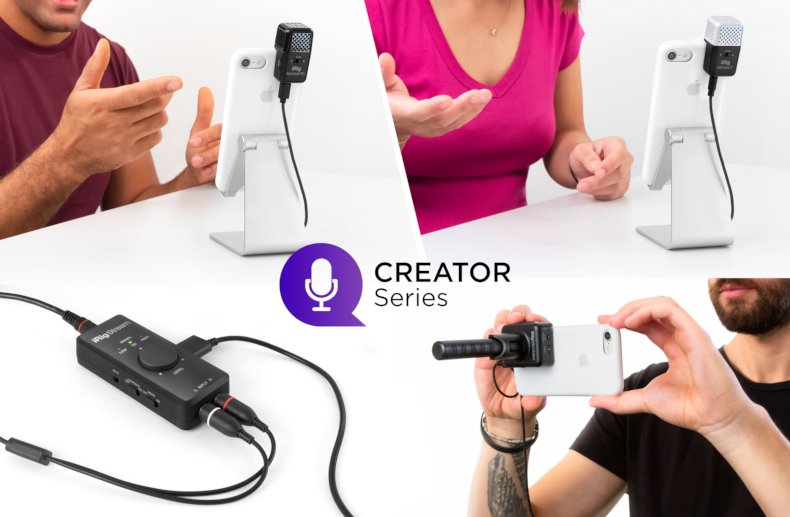 iRig Mic Cast HD streaming microphone sports everything you’ll find on the model above “along with enhancements for professional use.” On top of a more versatile list of included pickup patterns (bi-directional and figure 8 as well as those listed above), it leverages a gold-sputtered capsule, a 40Hz to 20kHz frequency response range, and a higher recording resolution (24-bit, 96 kHz converters) via the included Lightning, micro-USB, and USB-C cables. Also up for pre-order alongside the iRig Mic Cast 2, the pro model ups the price to $99.99.

And a Shotgun for Videographers:

Next up we have the iRig Mic Video. If the last two models are described as streaming microphones, this one would be specifically for videographers and the like. The shotgun style mic is designed to be pointed at the action by a smartphone or tablet camera photographer. Although, along with the magnet system for handsets and tablets, it also comes with a “hot shoe adapter for mounting to DSLRs.” Not only does it sport the same high-end recording resolutions as the iRig Mic Cast HD, but it also includes all the cables you’ll need for whatever device you might be using it on. That shotgun design is going to cost you a little bit more though as this model is up for pre-order at $129.99.

Most established content creators and streamers will already have a solid mic solution sitting on their desk. But these streaming microphones from IK are certainly worth a look for those getting started out in the field. The price tag, included mounting system and multi-capsule array designs make for quite an intriguing solution. The new $130 iRig Stream audio interface is also an interesting option for those with more complicated setups (multiple live microphones). Clearly IK is looking to specifically cater to online broadcasters and streamers with its latest entries in the Creator Series, as opposed to forcing them to use a product designed for home recording and the like. While they aren’t the first of their kind, they certainly undercut most of the big brands and make for a compelling all-in-one solution.