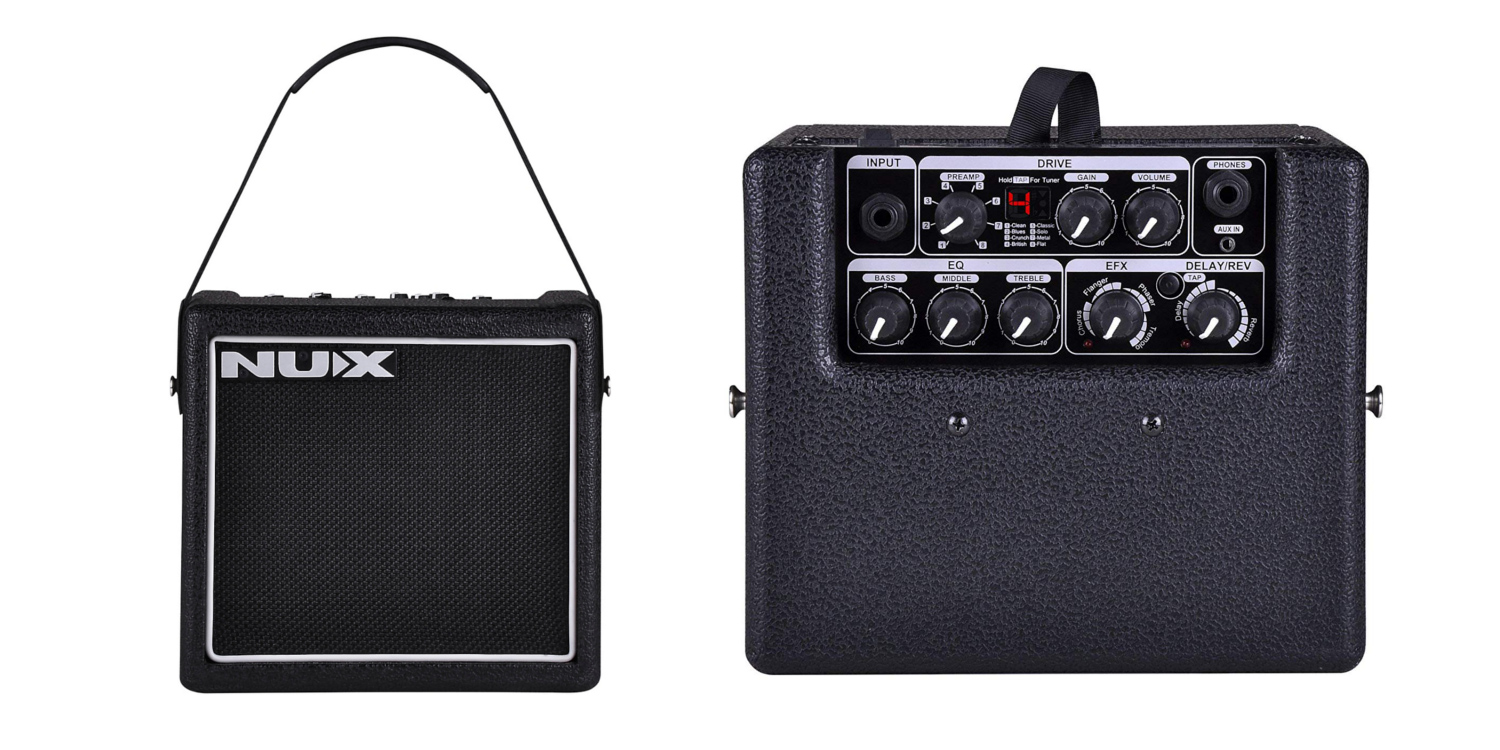 Today only, as part of its Deals of the Day, Musician’s Friend is now offering the miniature NUX Mighty 8SE 1×6.5 Guitar Combo Amplifier for $84 shipped. Regularly $129 at Target and Guitar Center, it starts at $99 right now on Amazon and goes up from there. Today’s deals is nearly 35% off and the best we can find. NUX packs in a 1 x 6.5-inch speaker array in to an 8-inch portable guitar amp that can be powered via the included adapter or batteries. Along with the “clean” signal path, you’ll also find six selectable distortion types as well as a flat preamp mode for near raw amplification (think acoustic guitars or entirely clean electric tones where you only want to use the speaker). Other features include a handy built-in tuner, a 3-band EQ, and six on-board digital effects (chorus, flanger, phaser, tremolo, delay, and reverb). Rated 4+ stars. More details below.

While today’s model doesn’t quite pack in as many smart features as the IK Multimedia iRig Micro Amp (hands-on review here), it comes in at nearly $40 below the NUX. However, Fender does make a couple miniature portable models for less than today’s lead deal. The Fender Mini Deluxe Electric Guitar Amp starts at $37.50 on Amazon right now and will also run on batteries. Just keep in mind, this is a much more basic product overall and you won’t find all the on-board FX, pre-amp modes or nearly as much power overall (volume). Although, while it isn’t much smaller, it is significantly lighter and will be a bit easier to lug around than the NUX above.

Speaking of guitars, we still have Epiphone’s SG Special-I at $50+ off. And in case you missed it earlier today, Guitar Center launched an impressive array of pre-Black Friday doorbuster deals online. You’ll find solid offers on all things music production from guitars and amps, to MIDI controllers, speakers, microphones and well, just about everything. There are literally hundreds of deals live right now.

With more tonal options and features than ever, the NUX Mighty 8SE 8W 1×6.5″ guitar combo amp is a worthy update to the company’s popular Mighty 8. In addition to a Clean tone and 6 selectable distortion types, it also has a Flat preamp mode for use with acoustic guitars. With 4 modulation effects, delay and reverb, it covers a ton of musical styles while still staying compact and travel-friendly. It even features a built-in tuner, aux. input and headphone out, so you can practice easily — and silently — at any time.

Get this deal
Reg. $129 $84
You’re reading 9to5Toys — experts digging up all the latest technology and lifestyle deals, day after day. Be sure to check out our homepage for all the latest news, and follow 9to5Toys on Twitter, Facebook, and LinkedIn to stay in the loop. Don’t know where to start? Check out the best Apple deals, our daily podcast, and subscribe to our YouTube channel