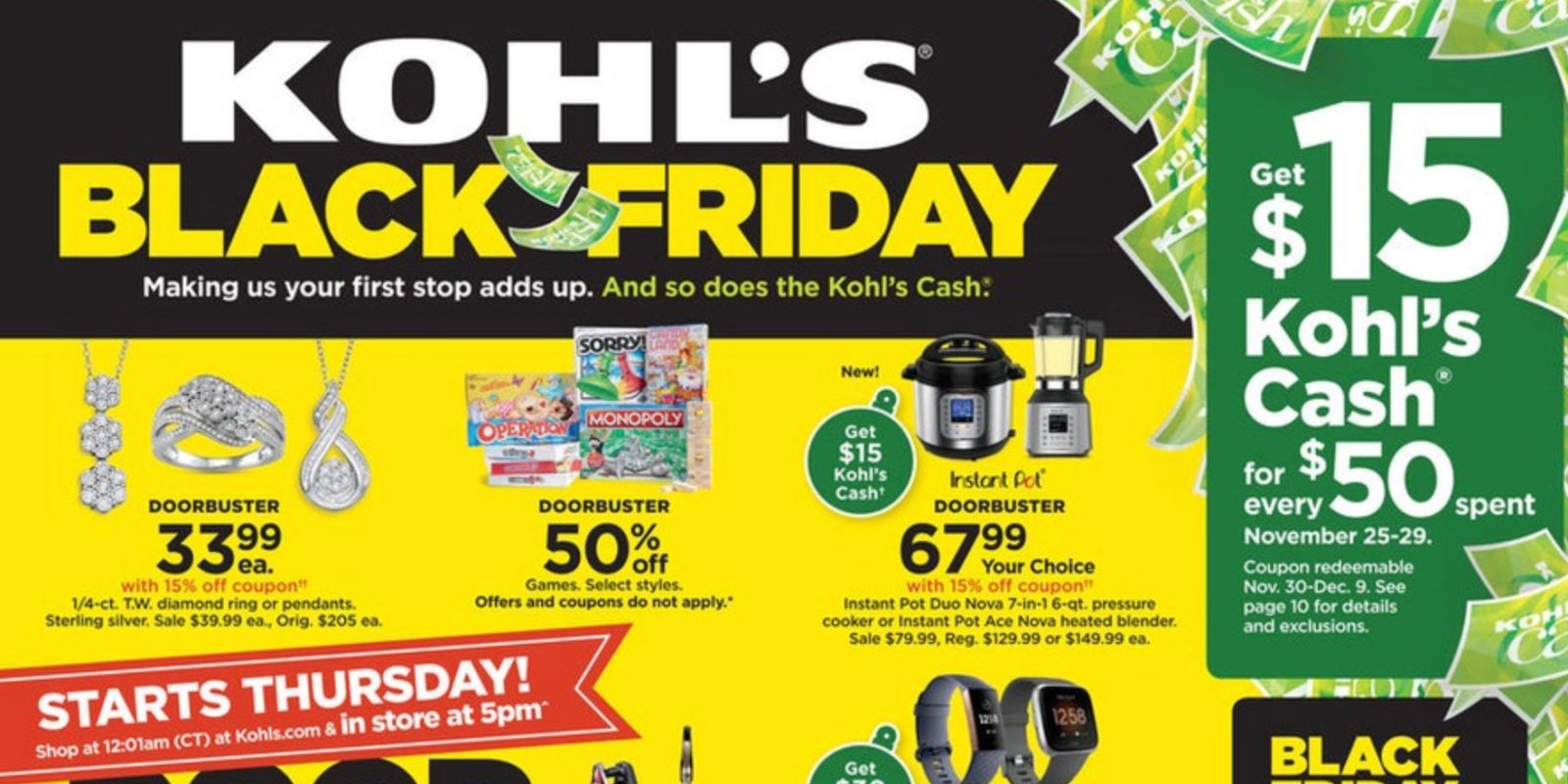 Black Friday 2019 ads are starting to trickle in, with Kohl’s now showing its plans for this year’s holiday shopping season. The Kohl’s Black Friday ad details notable discounts on Echo Show 5, Beats headphones, and Fitbit fitness trackers while offering our first real glimpse into pricing on some of 2019’s hottest tech and more. Additional discounts for Kohl’s credit card holders bring even better prices. Of course, there will also be the usual selection of Kohl’s Cash offerings and more, as we detailed in our how-to prepare guide from last week. Head below for an in-depth at this year’s Kohl’s Black Friday ad.

As expected, Kohl’s has delivered several notable deals for Black Friday week across a wide range of categories, including home goods, smart home gear, fashion, and more. Kohl’s will open doors on Thanksgiving day at 5 PM, but the deals will start online at 12:01 AM.

Kohl’s will offer free shipping on orders over $25 starting November 25th through December 4th. In the lead up to Black Friday, Kohl’s will also be offering an extra 15% off just about everything from November 25th to November 29th.

Kohl’s has historically been the home to aggressive doorbusters in-stores, and that trend continues this year online as well. That’s where you’ll find a particularly notable deal on Echo Show 5, which drops to $49.99 from its regular $100 price tag. You’ll also get $15 worth of Kohl’s Cash with your purchase as well. This is our first glimpse at Echo pricing for Black Friday, something that’s sure to be reflected at various other retailers as well. Echo Dot is also dropping to $22 (Reg. $49) at Kohl’s as well.