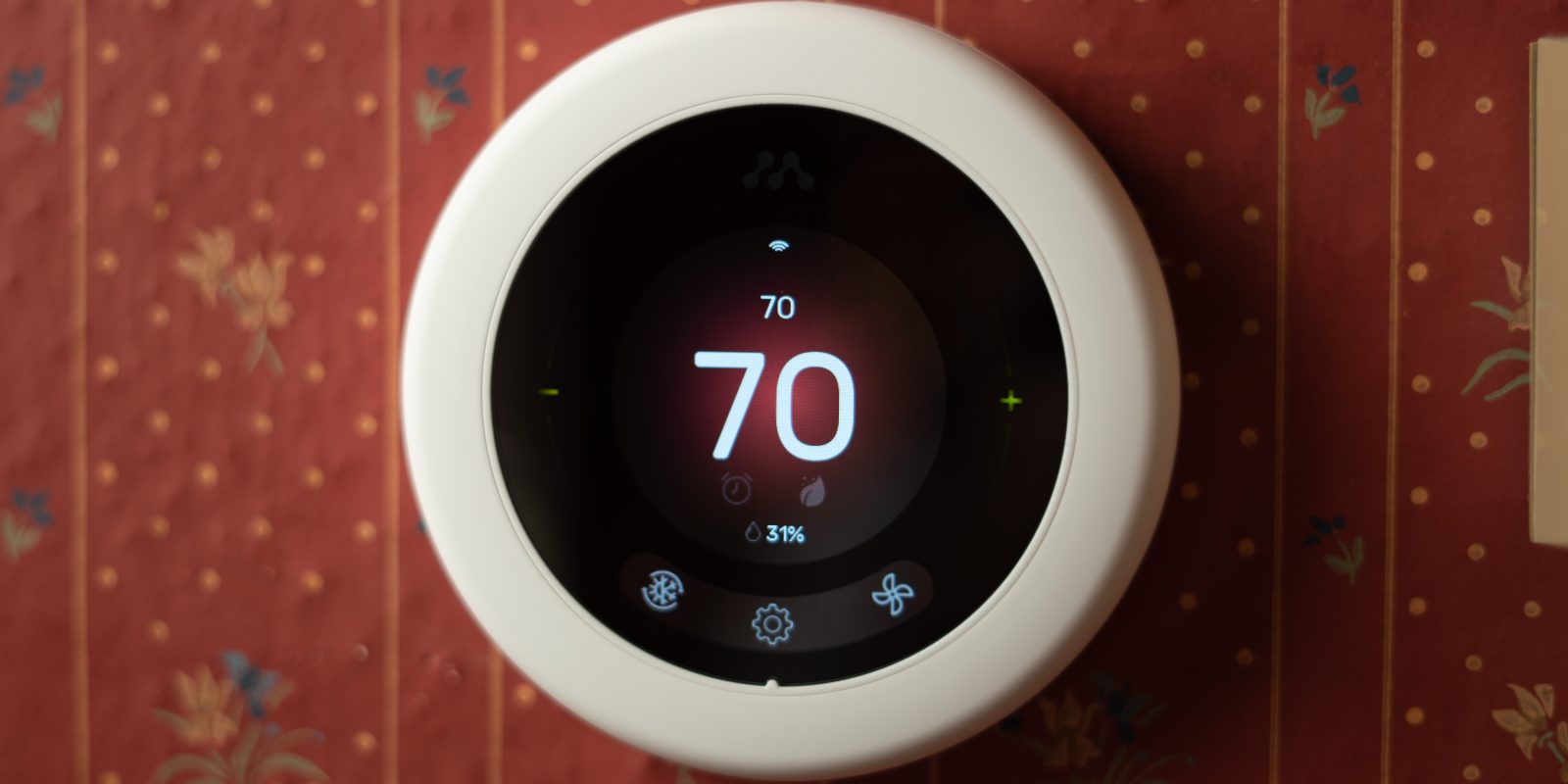 When I was asked in July if I wanted to check out the budget minded Momentum Meri smart thermostat, I didn’t think that it would almost five months until I posted the review. But, because of some issues with the original firmware and a new update that I wanted to test before posting, here we are. Check out the video for more on my time with this $100 budget-minded smart thermostat.

As mentioned above, I thought that I would be posting this review much sooner. But after using the Meri for a bit, some issues appeared. Momentum reached out again and asked if we could hold off on a review until they pushed out a new update. So, after updating to the latest firmware and trying out the Meri for a while longer, here are some thoughts on the whole process.

Installing Momentum Meri was pretty straight forward. I found the instructions in the manual to be clear and easy to follow. Once installed, the last step is to follow the on screen instructions, which is where I started having issues with the old firmware. 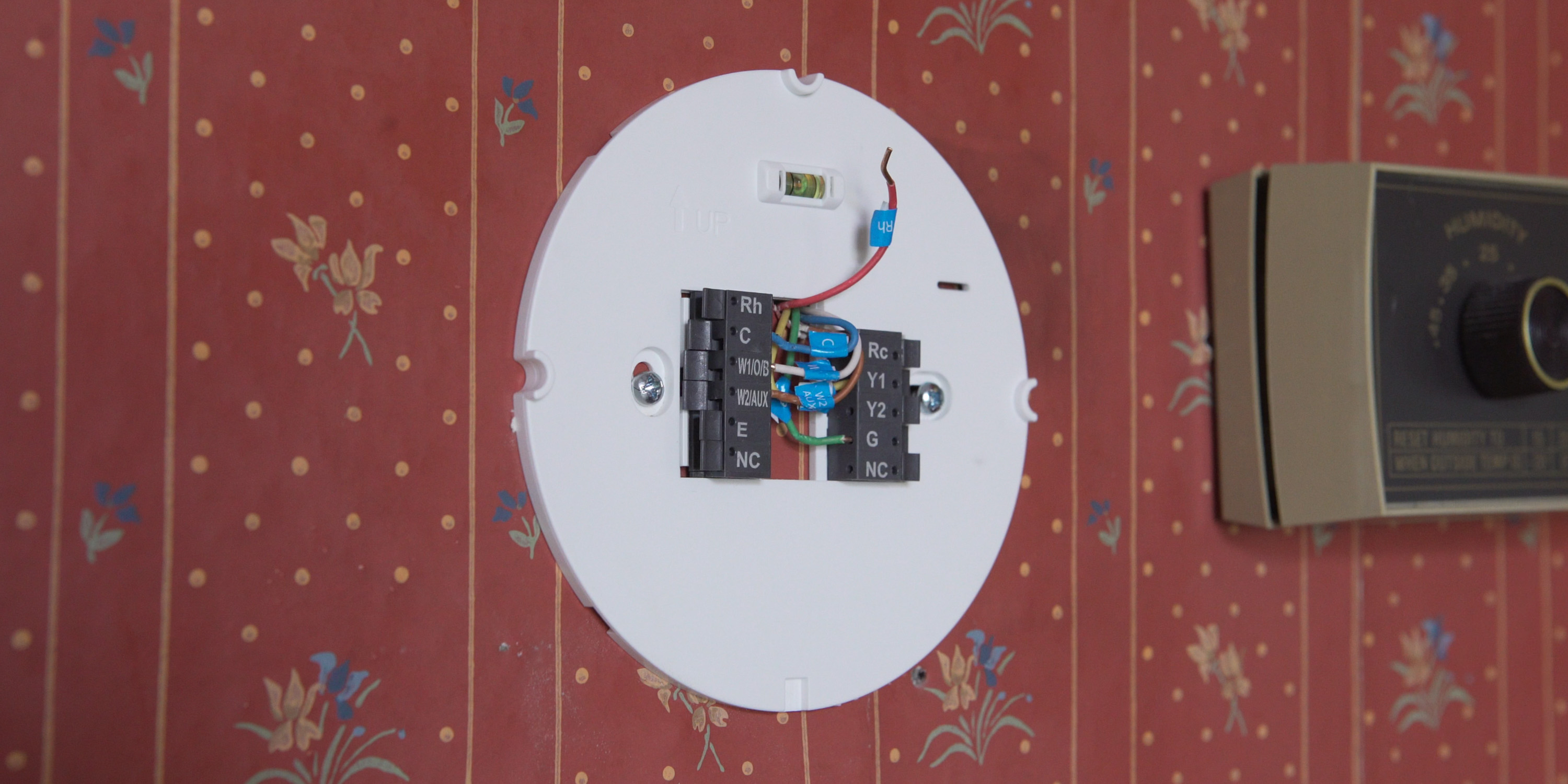 The first few months with the Momentum Meri were pretty rough. Contrary to what was in the installation manual, there weren’t any on-screen instructions on the thermostat like what was mentioned in the manual. Through booping around in the menus I was able to figure it out, a small inconvenience. But the real issue was that the thermostat seemed to read the temperature of the house inaccurately – and it would fluctuate often.

There were a few days where we thought, “there is no way it is this temperature,” and would bump the thermostat up or down. Eventually I got a $3 thermometer from the local hardware store to reference the Meri against. It would fluctuate from the correct temperature to +/- 6 degrees. Luckily, you can adjust or calibrate the temp in the menu, but it was extremely annoying to have to do this frequently. I would check it a couple times a day to make sure it was on.

The other thing that only happened once, was that it somehow glitched out and lost internet connection and I couldn’t get it to reconnect. This also meant that it wasn’t turning my furnace on to heat the house. It was a pretty cold morning when that glitched and we quickly realized that it wasn’t heating the house. I was able to get it working properly again by taking the face of the Meri off and putting it back on. 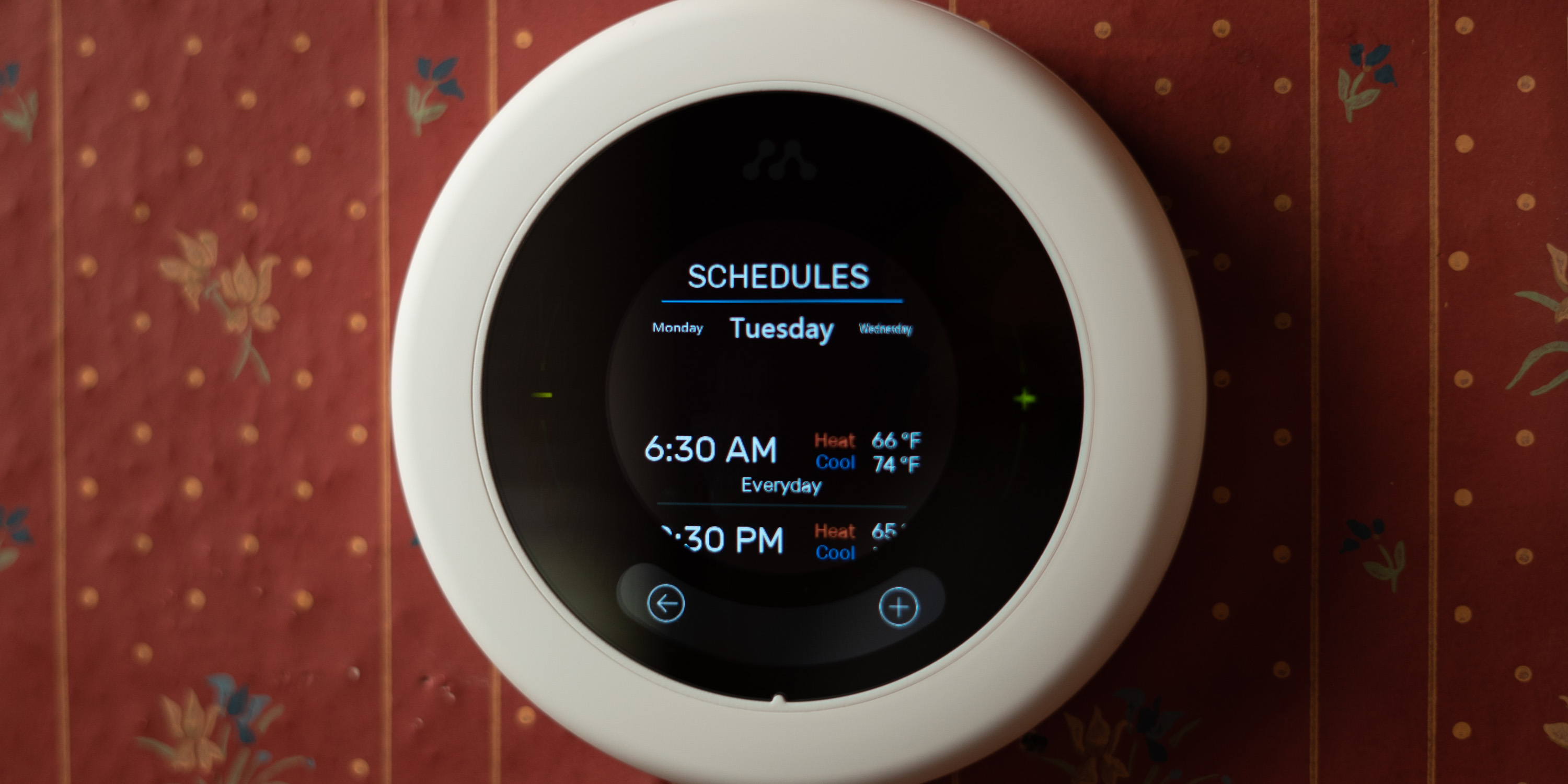 Shortly after the issue with no connection, Momentum pushed the new firmware update and it’s been working as it should since then. The temperature reading has appeared to be correct and doesn’t need any additional calibration. I also haven’t had the glitch where it lost connection again – that was a one time deal.

Like what you would expect from a smart thermostat, you can check the status of your home, change settings, and set schedules. Over the summer I found this to be super helpful because my studio was in the basement. Instead of running upstairs to turn off the AC when I was going to be recording a VO, I could just pull out my phone and turn it off or on remotely. 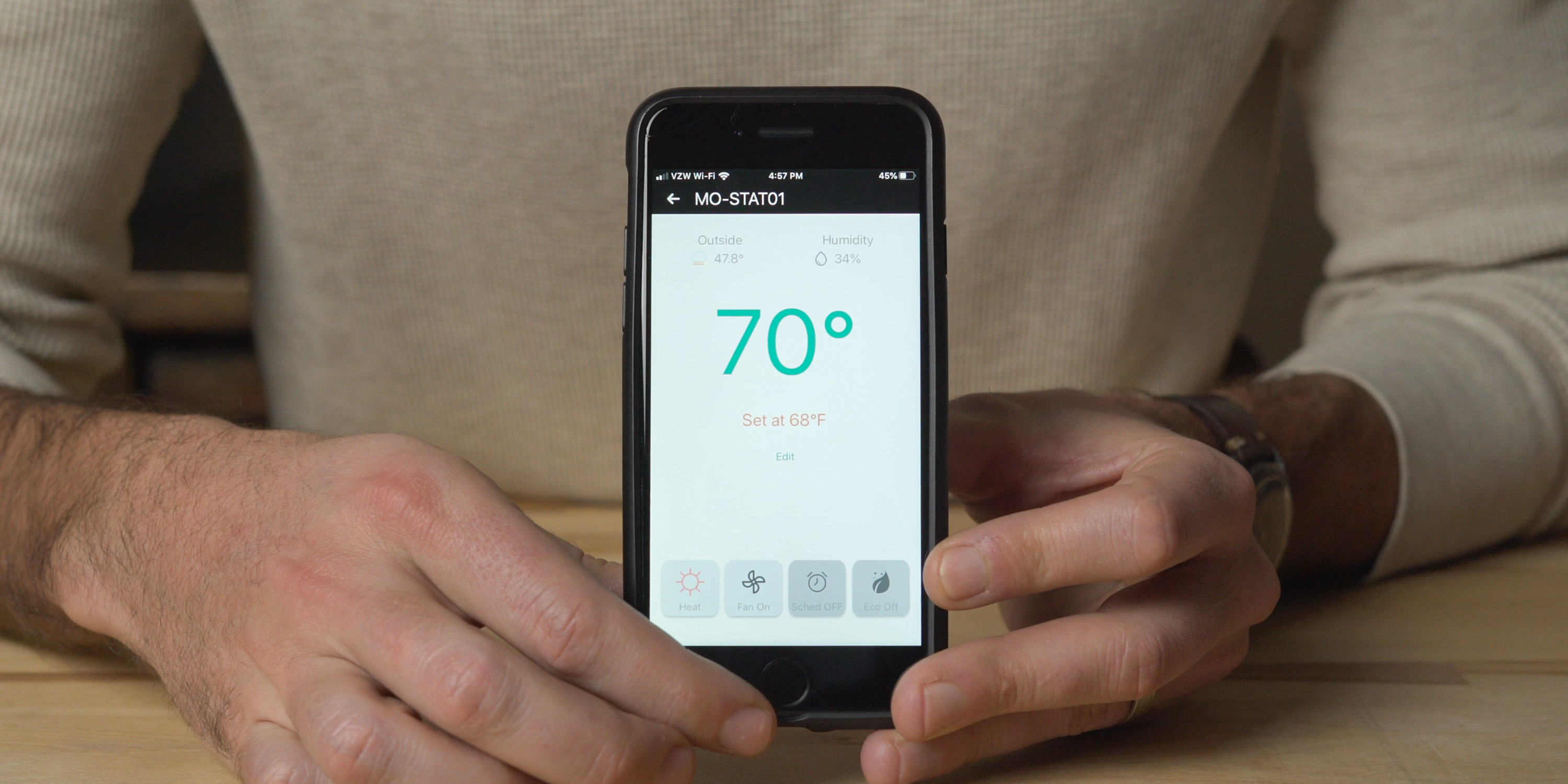 I do still feel like the app and the menu on the Momentum Meri are lacking. I think the functionality is there, but it’s a little clunky and not super intuitive. For example, to get to the schedule, you open the app and are prompted with the thermostat. So naturally I am inclined to select that, but you cannot adjust the schedule in that menu. To adjust the schedule, you need to go back and click the menu button in the upper left which opens up more options. In here you can dive into the the schedules and add/adjust anything needed.

The touch screen on the Meri operates well, but is a little jittery. Another slight design flaw in my opinion is the menu layout on the thermostat itself. It’s not always apparent that there are more options in a menu. The list can kind of get buried unless you drag the menu and try to find other options. 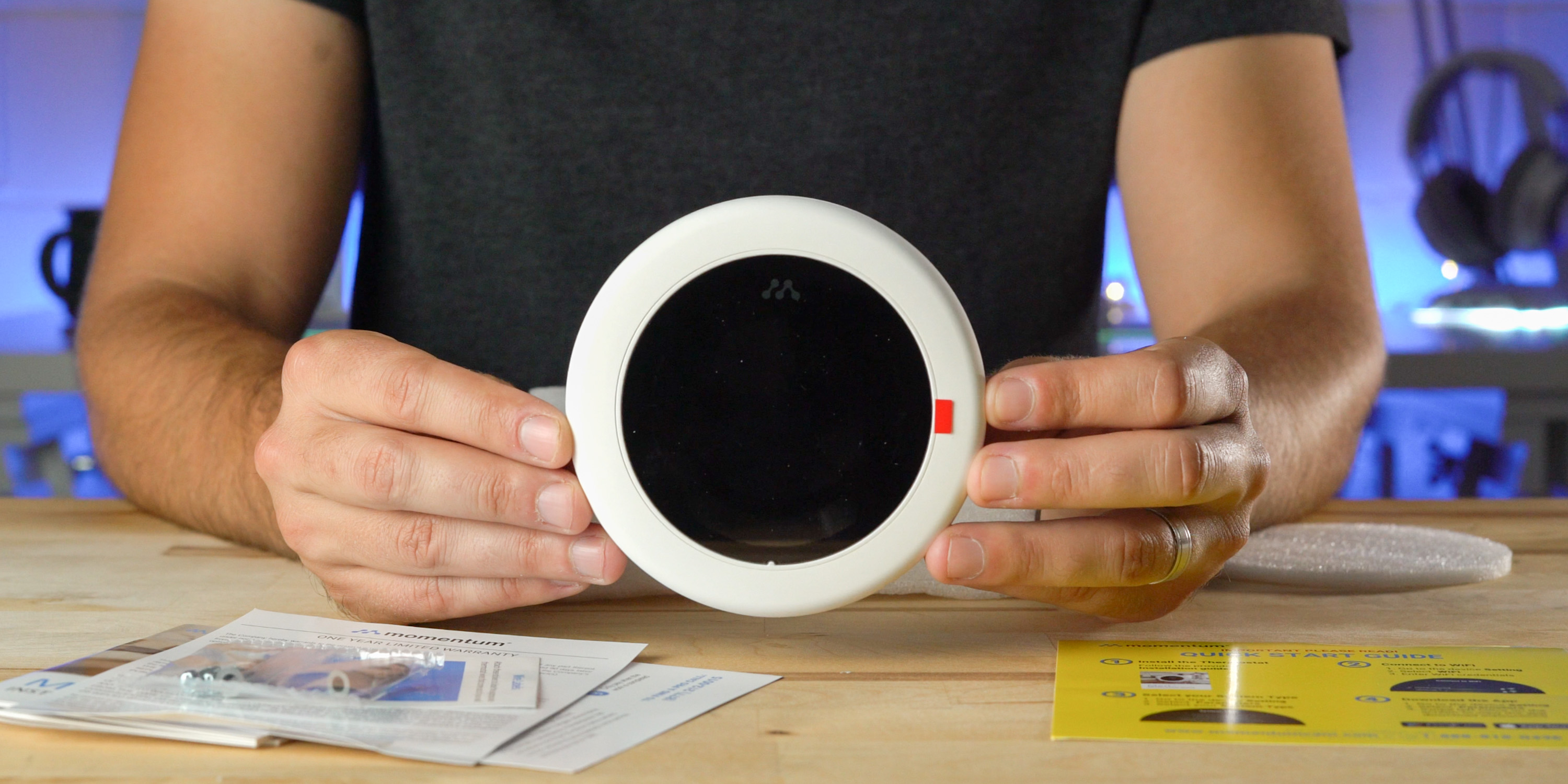 So overall, with the latest update, the Momentum Meri works well as a smart thermostat with a few small issues in my opinion. But, I think that’s what you get from a budget thermostat at $100. If you want a smoother experience, you’ll be paying more for something like the $169 Nest Thermostat E or $250 Nest Learning Thermostat.