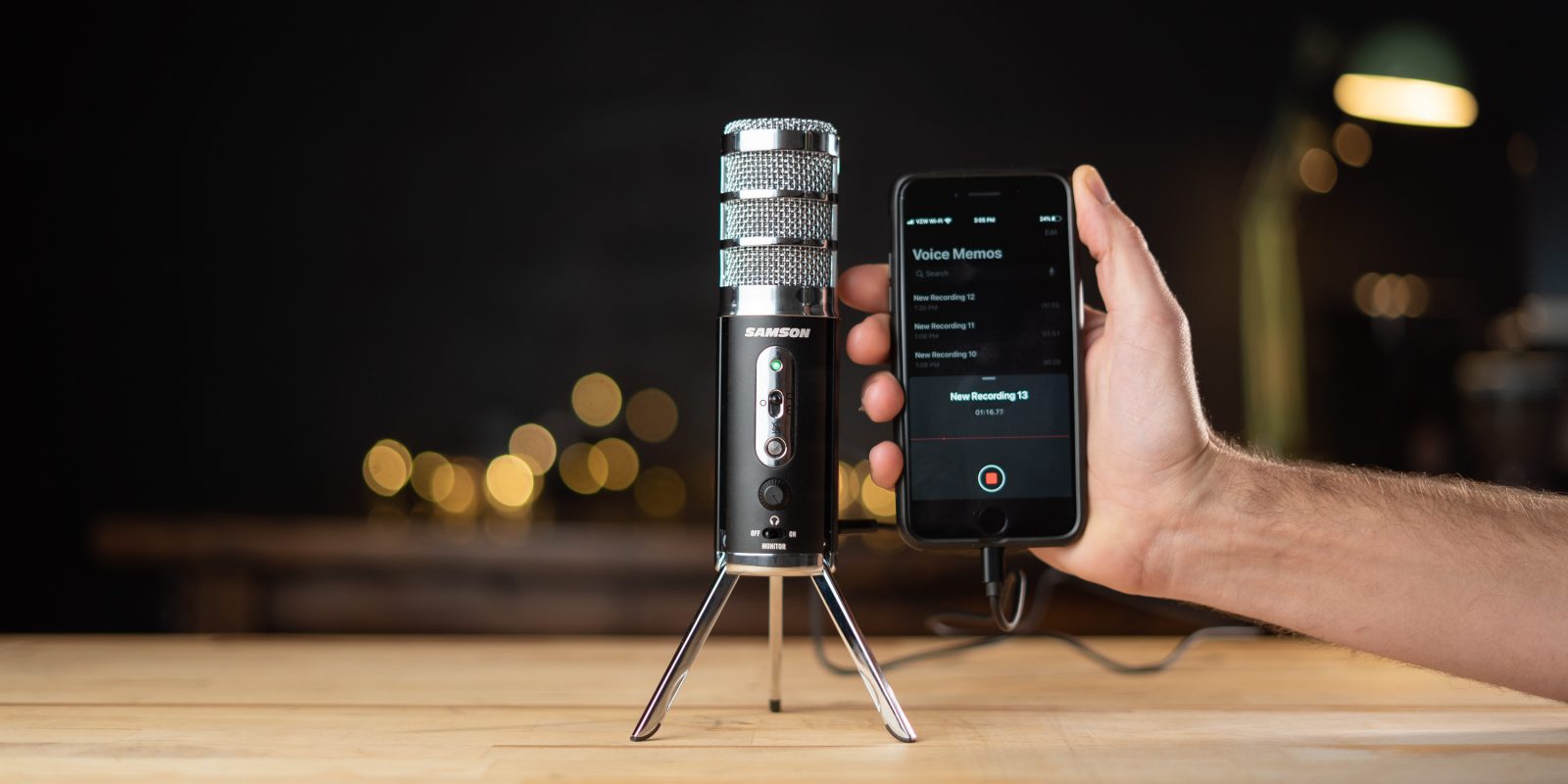 We’ve covered quite a few USB mics this year like the HyperX Quadcast, Blue Yeti X and the Razer Seiren Emote, but the $100 Samson Satellite offers some unique features that sets it apart from these other microphones. Designed to be used on the go, the Satellite can be plugged into an iOS or USB device and has legs that fold out to be ready anywhere. Check out the video below to hear how it sounds.

To get up and going right out of the box, the Satellite comes with everything needed. A micro-USB to lightning cable can be used with an iPhone or iPad, and a micro-USB to USB-A cable allows you to connect the satellite to a computer. A user manual with clear instructions on how to connect the mic on different platforms rounds out the contents.

Design wise, the Satellite looks and feels very well built. It has a bit of weight to it, which makes it feel solid. The polished accents with metal grill and black body give it a professional look. On the front of the mic we have all of the controls. 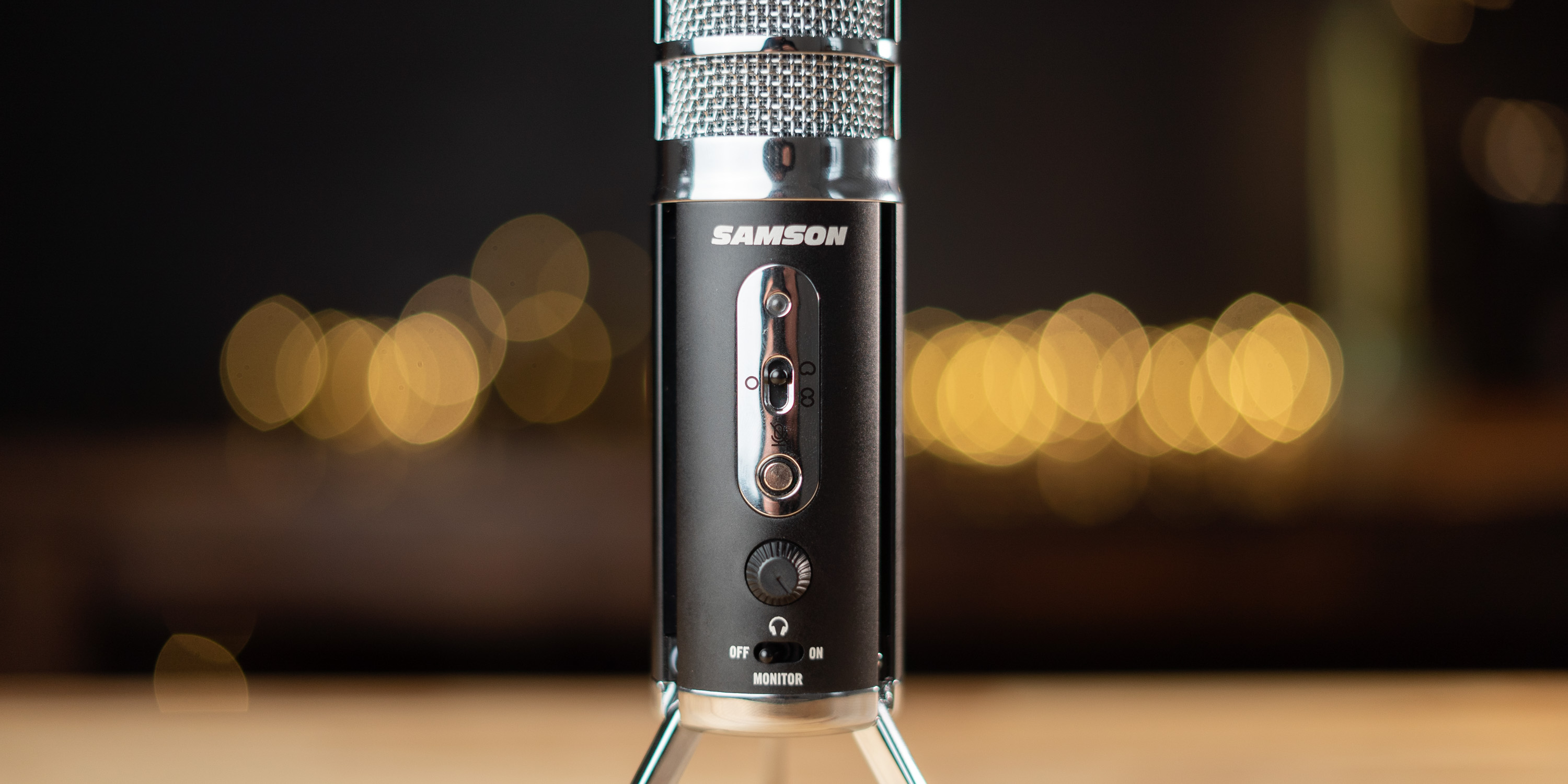 First up is a status light, which will glow green when powered on, red when clipping, and amber when muted. Under that is the three-way polar pattern selector and under that is the mute button.

Near the bottom we have controls for direct monitoring. A volume dial and on/off switch let you dial in the right levels when listening to your audio. 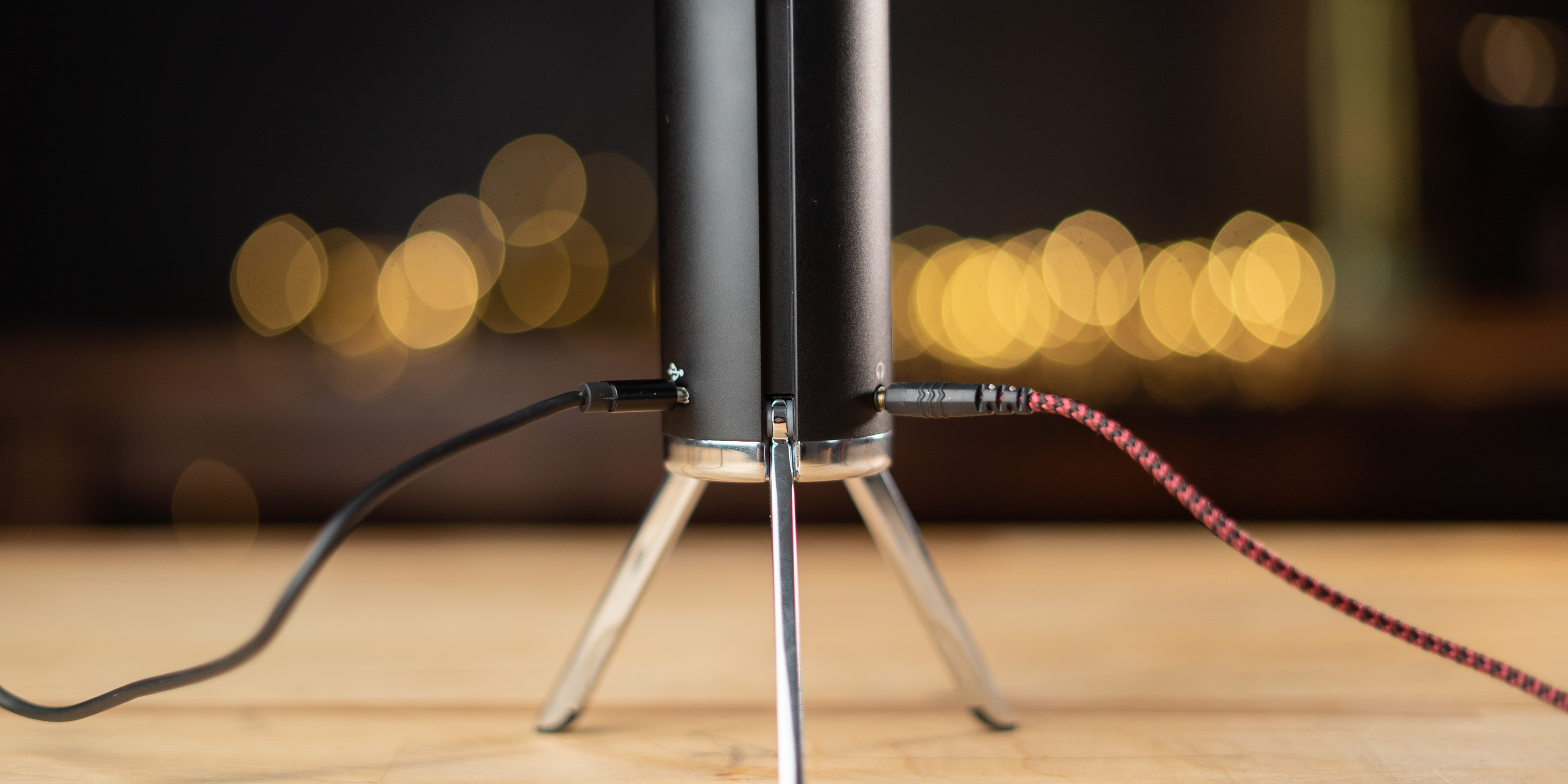 As mentioned earlier, the main features of this microphone are its on-the-go design and ability to be used with almost any device. The tripod legs for the microphone fold out and have a couple different notches to get the appropriate angle when setting up for a recording.

Three different polar patterns help to set the mic for different situations. Cardioid is great if your audio is coming from one direction like streaming or recording a solo podcast. Omni picks up and entire room if you have multiple sources, and bi-directional is perfect in the center of two hosts or performers.

Dual 16mm condenser capsules capture audio from 20 Hz to 20 kHz – which is pretty standard for audio and closely matches what the human ear is capable of picking up. 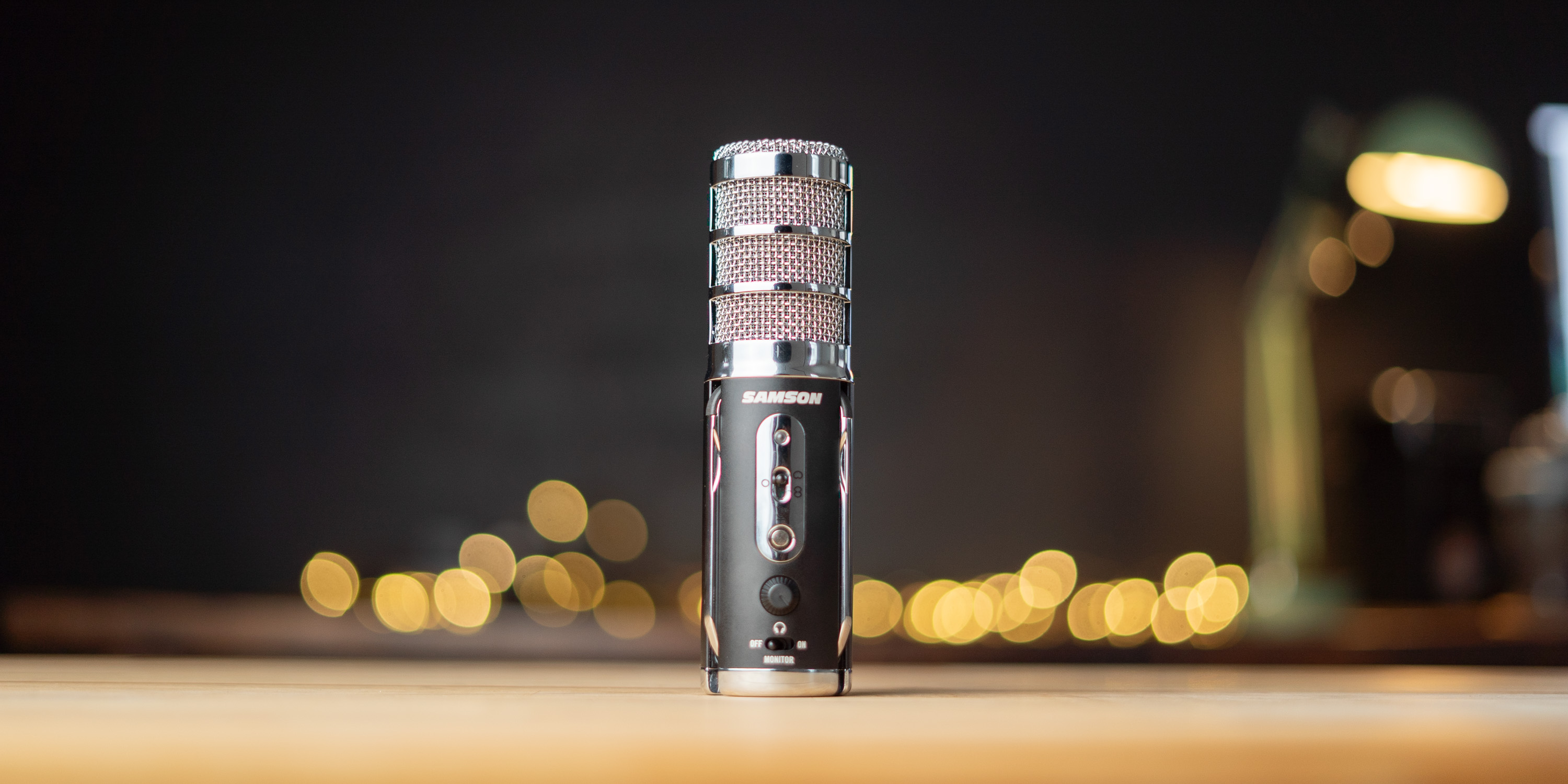 I love the ready for anything nature of the Samson Satellite. With its folding design, selectable polar patterns, and robust design, it appears to be ready for almost anything.

Without any sort of shock mount and sitting directly on my desk, I did notice impact noise if I were to touch the desk or lay anything down on it. That’s similar to what I experience with the Yeti X that I typically use for videos, though.

Again, be sure to watch the video to get an idea of what the Satellite sounds like. The audio recorded has a flat and natural signature to it. In my studio that doesn’t have much sound absorption, there was some room noise picked up, but that’s to be expected with where the mic was positioned in relation to me. Some light compression and EQ helped to enhance the sound a bit. 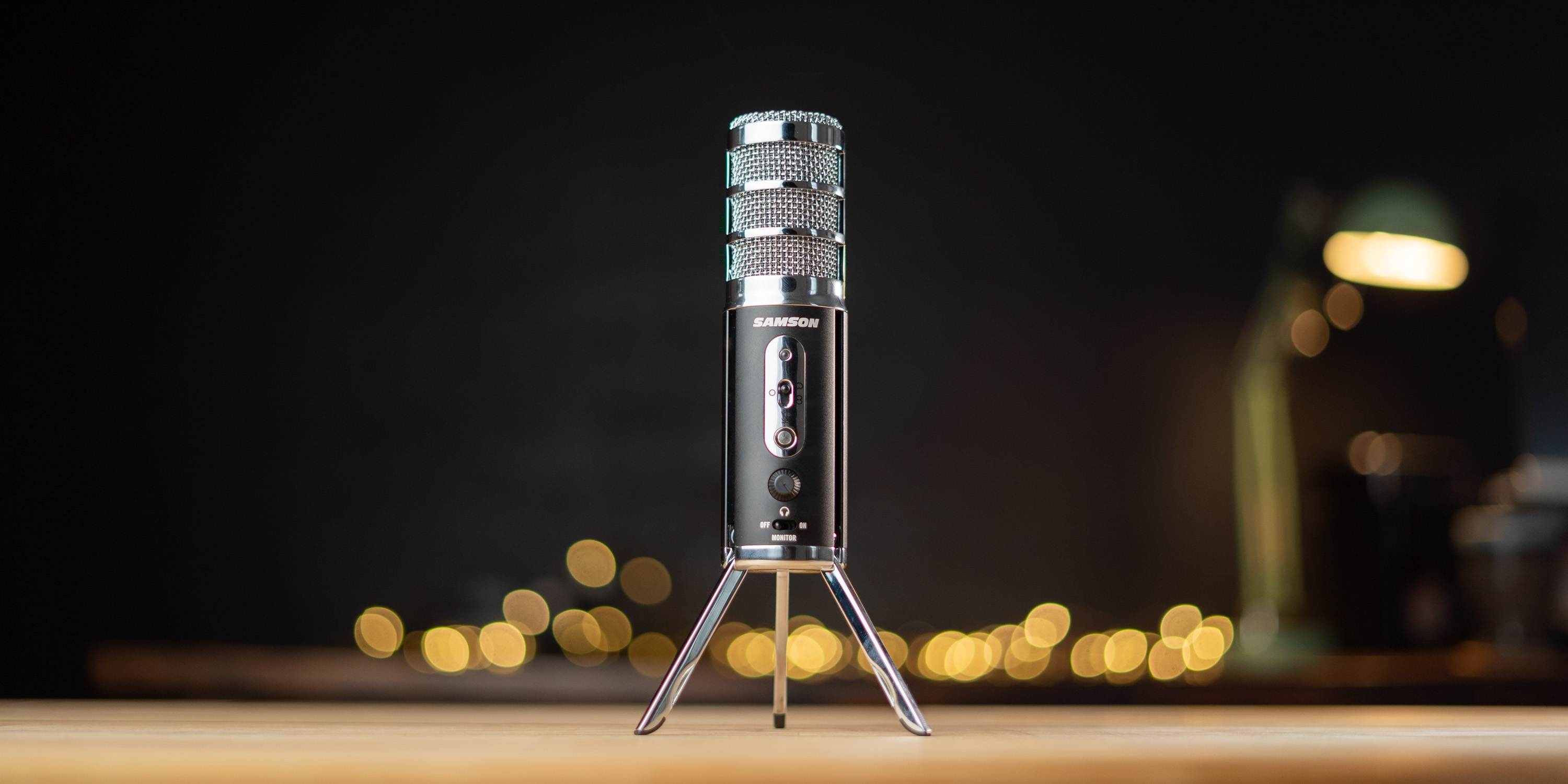 Overall, the Samson Satellite seems like a great option for those needing to record on the road. Samson is an established brand with some great audio hardware, and the Satellite will get you recording quickly with almost any device you have.