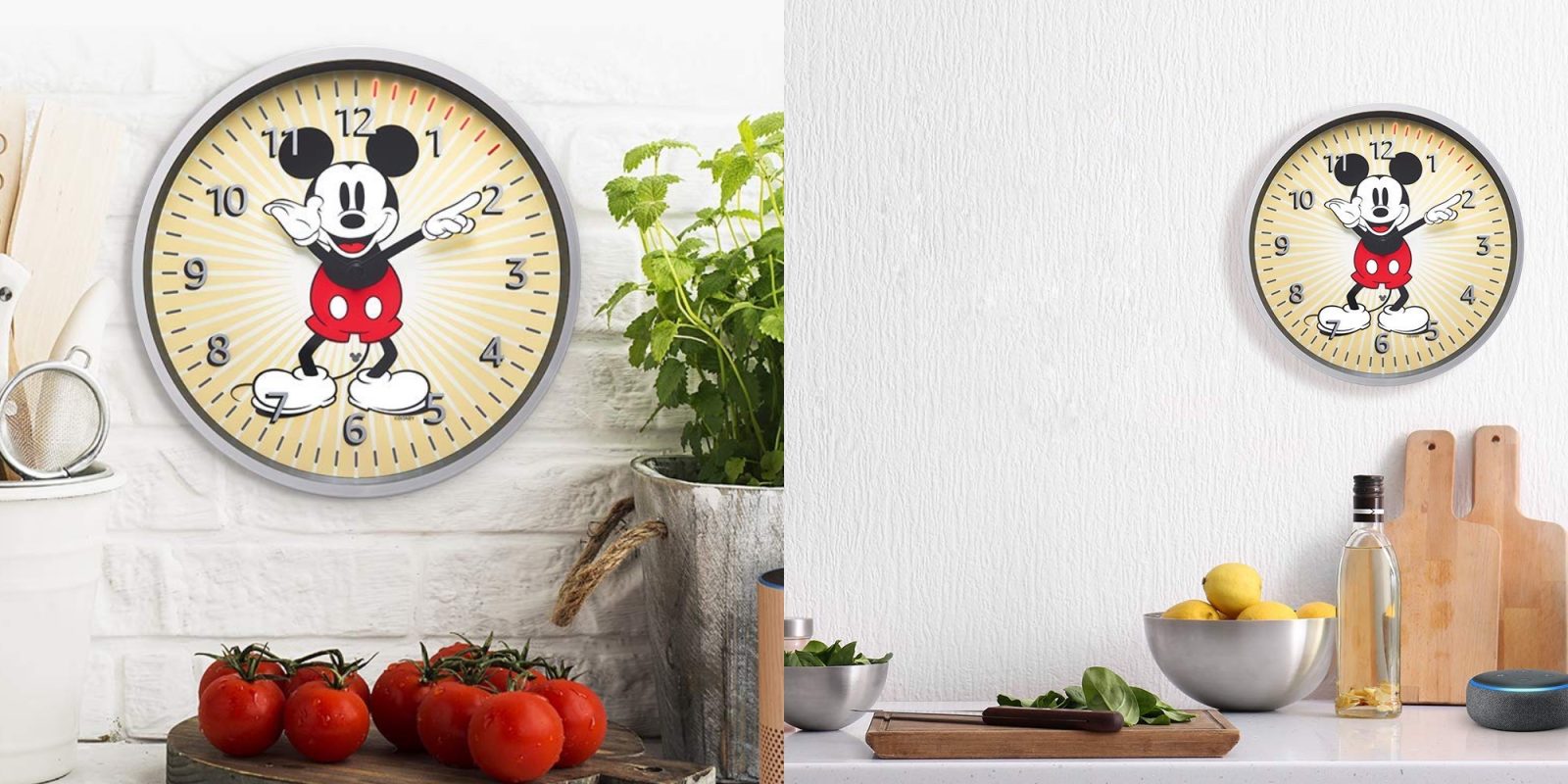 Amazon has expanded its smart home ecosystem to cover everything from Alexa-enabled outlets to voice-activated microwaves. Roughly a year ago, the company unveiled a smart timepiece, and today is officially announcing a follow-up. In partnership with Disney, you’ll now be able to adorn your wall with a Mickey Mouse-themed version of Amazon’s Echo Wall Clock. Head below for a closer look.

Following its big September showcase of Alexa gear, Amazon has been pretty quiet when it comes to unveiling new releases. That changed last week with Amazon and Citizen’s collaboration, which yielded a refreshed version of its Echo Wall Clock in the form of a more high-end smart timepiece. Today’s news follows that product drop up with a Disney-themed Alexa accessories sporting a Mickey Mouse-laden design.

Amazon’s first smart chronograph was released just over a year ago and brought with it a visual way to keep tabs on timers set by Alexa, on top of just telling the time. For its latest version, gone is the usual black and white design and in place, you’ll find a coat of paint that’s packed with more visual flair. Mickey Mouse takes center stage here, replacing the typical clock hands with his cartoonish mitts. 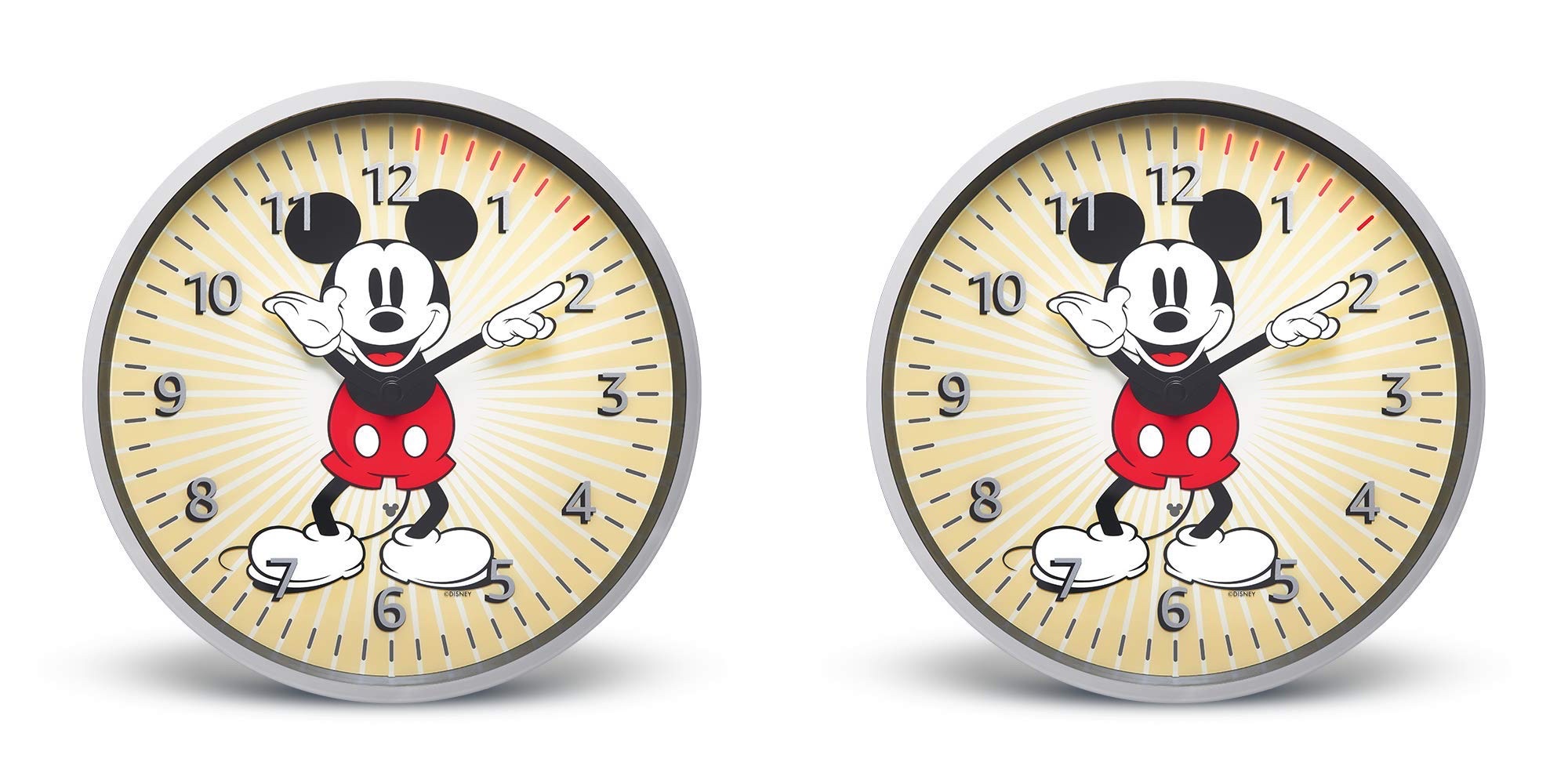 In terms of features, though, not much has changed this time around. Amazon has still baked in the same roster of Alexa features here, as well as a similar array of 60 LEDs for displaying one or more timers. Just like the original Echo Wall Clock, the Disney version isn’t a standalone device. In order total advantage of its smart home capabilities, you’ll need to pair the Mickey Mouse clock with an Echo device.

Compared to the standard iteration of smart clock, bringing home the Disney version will cost you a little extra. Those who want to outfit their home some Mickey Mouse stylings will have to pay a $20 premium over the usual Echo Wall Clock price.

Amazon’s latest Alexa accessory is now available for purchase and enters with a $49.99 price tag. This new Disney-edition of Echo Wall Clock is currently shipping as well and carries an estimated delivery date ahead of the holidays. So even though the Mickey Mouse-themed timepiece would make a great gift, Amazon is cutting it close with today’s unveiling.

For anyone who’s in the Alexa ecosystem, being able to keep an eye on timers visually is undoubtedly something that’ll come in handy, especially in the kitchen. We were previously fans of the original Echo Wall Clock when it was first unveiled, and so today’s release is an excellent way to mix things up aesthetically. But I can’t help but be a little off-put that there’s a $20 premium on the Disney version. I could see $10 or so being thrown on top for the Mickey Mouse flair, but an extra 40% will surely be a tough sell for many.