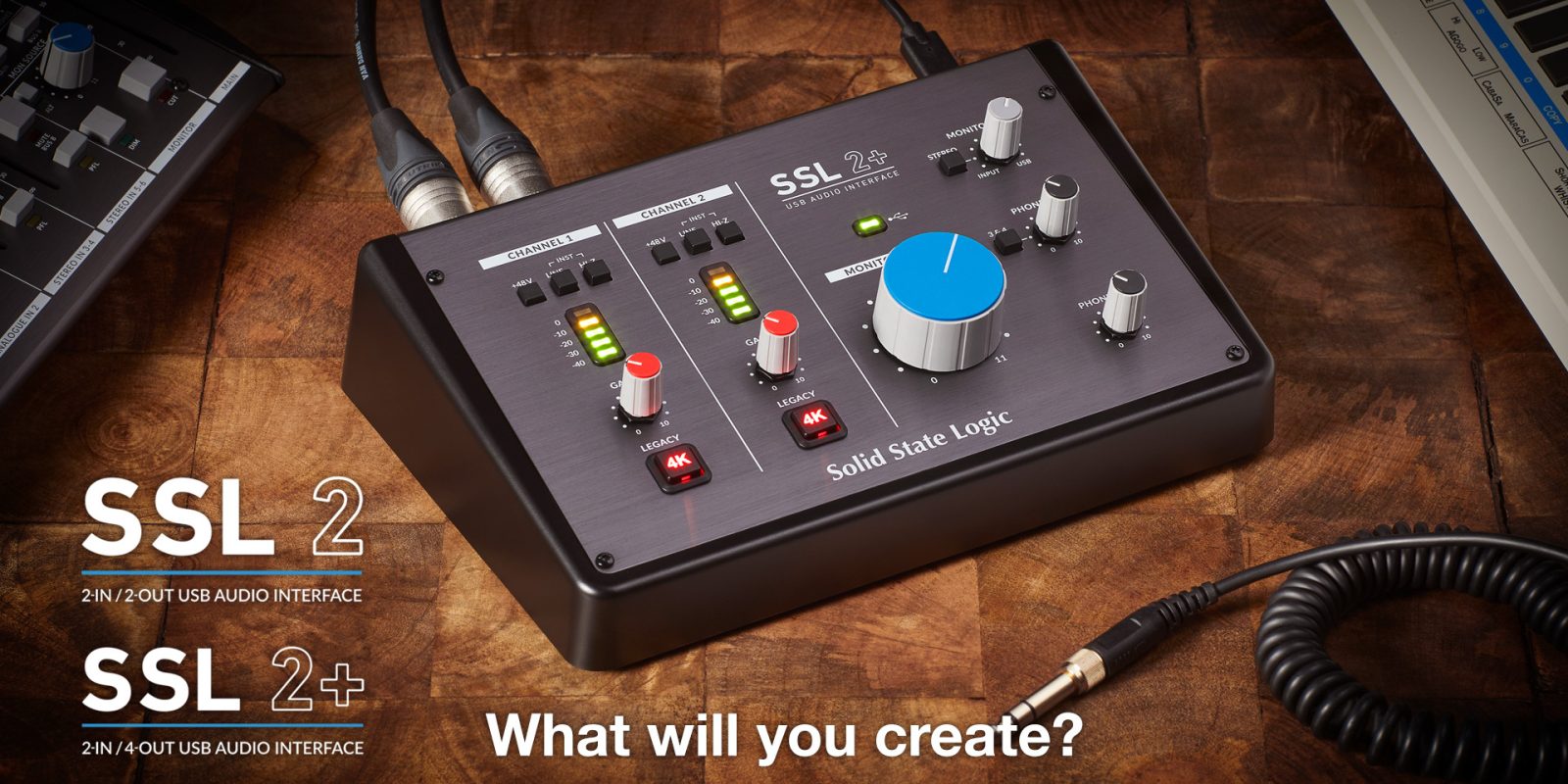 Ahead of NAMM 2020 this week, we are getting the very first SSL audio interfaces for Mac. A staple in the recording industry for nearly four decades now, SSL is well-known among industry professionals for creating some of the best and most high-end gear a studio has ever seen. But the company is now looking to bring its unwavering dedication and expertise in professional audio to a more consumer-friendly range with its new SSL 2 and SSL 2+ interfaces for Mac and PC. The launch trailer and all the details are down below.

SSL (Solid State Logic) is an English company based in Oxfordshire, England that has been making some of the best mixing desks/consoles in the industry for decades. Its incredible recording gear is used on most of the films and television shows you watch not to mention being the console of choice at some of the biggest rooms on the planet including Abbey Road (The Beatles) and Westlake Recording Studios (almost every one ever) in West Hollywood. Clearly this is an audio company that knows what it’s doing.

The new SSL audio interfaces are USB-powered and include what the company refers to as a pair of classic analog mic preamps with “pristine 24-bit/192kHz conversion.” As the names suggest, both models carry a pair combination mic inputs. You’ll also find a headphone output, monitor mix control for low-latency monitoring while performing or recording others, and balanced monitor outputs with what SSL calls “impressive dynamic range.”

Both the SSL 2 and the SSL 2+ are essentially identical apart from a few additions on the plus model. Along with everything mentioned above, SSL is providing a “production hub” with some additional I/O for frequent collaborators and the like. There’s an additional headphone output with an independent mix control which is particularly handy when you need more than one person to monitor the input of a performance/recording. The higher-end of the two new SSL audio interfaces also features MIDI I/O and a set of additional unbalanced outputs for DJ rigs. 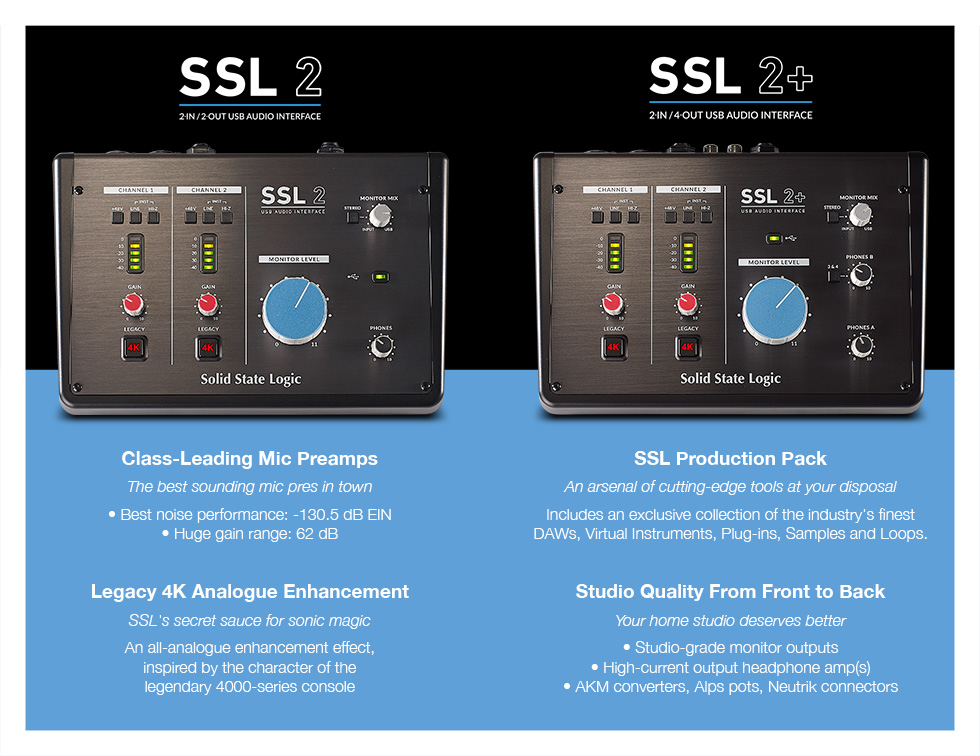 Aside from the fact that these are SSL pre-amps for less than a substantial sum (pretty big deal), both boxes are mostly unremarkable otherwise. Aside from one interesting feature that is. These SSL audio interfaces feature something called the “Legacy 4K mode.” Inspired by the company’s legendary SSL 4000-series consoles, it allows users to “add extra analog character and sparkle” to the input chain. While this might get firmly placed in the gimmick category had it been presented by almost any other company, in this case, SSL has our attention.

The new SSL 2 and SSL 2+ are now available for purchase at $239.99 and $279.99, respectively. Both models ship with the SSL Production Pack – a series of native plug-ins that will work with just about any DAW.

Today’s comes on the heels of new interfaces from PreSonus, portable DJ controllers from Numark and Roland’s latest USB-C keyboard controller. For more of the best from NAMM 2020, hit up our news hub right here.