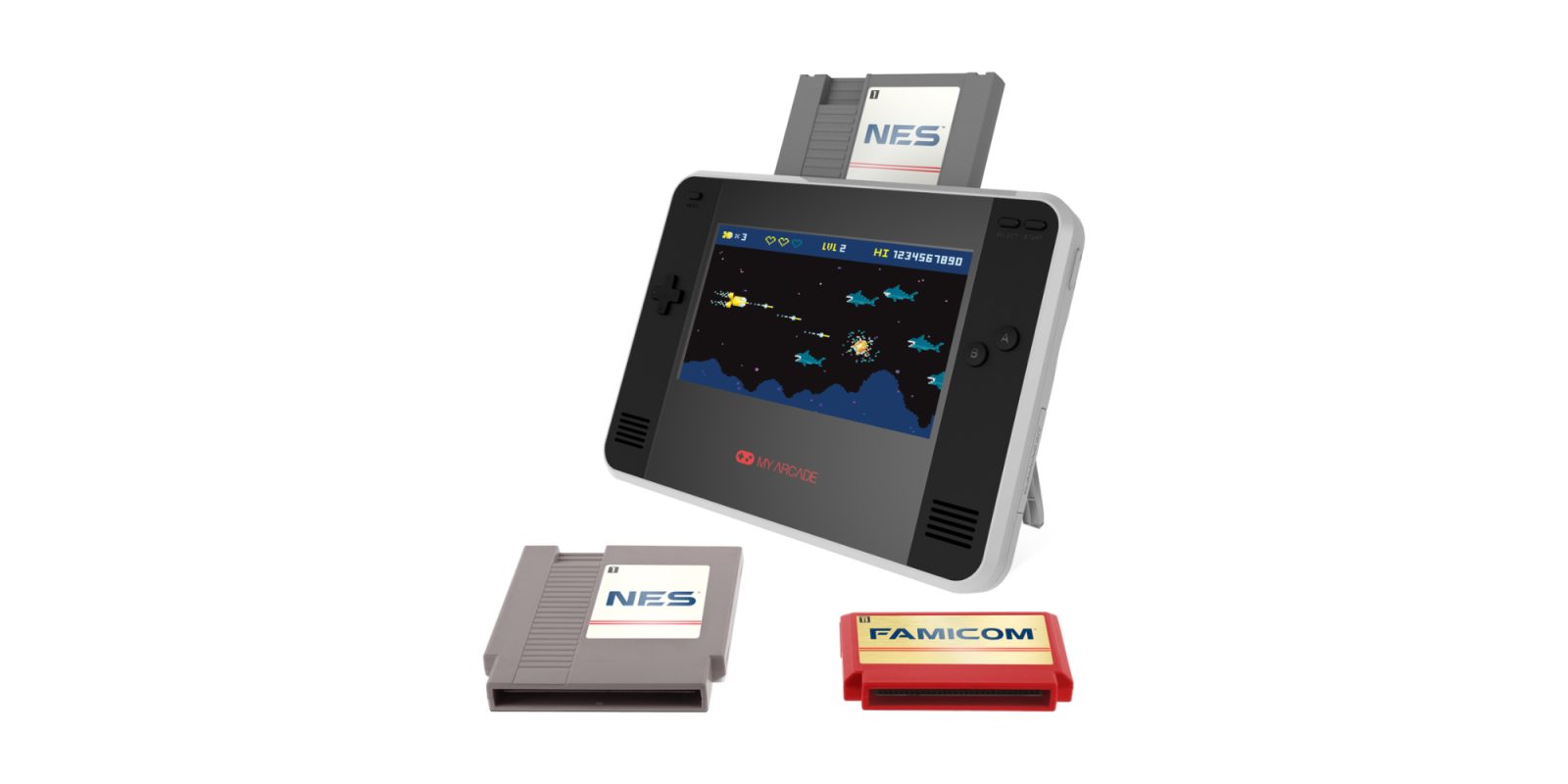 My Arcade is back at it again with a new game console called Retro Champ. It accepts both NES and Famicom cartridges, giving you a reason to dust off those vintage games you have in storage. By taking this approach, My Arcade paves the way for you to play whatever game you desire without needing to wait for Nintendo to bring it to Switch Online. Unlike other classic consoles, Retro Champ can be connected to a TV or played on-the-go. Continue reading to learn more.

While Nintendo Switch Online has been consistently growing, which games are in line to debut next is anyone’s guess. This means you could be indefinitely waiting for your favorite title to finally appear. My Arcade remedies this with its new Retro Champ legacy console that accepts both NES and Famicom cartridges.

Despite the fact that Retro Champ is chasing old-school games, this isn’t keeping it away from modern capabilities. In fact, several features in My Arcade’s latest console seem to be clearly inspired by Nintendo Switch. Examples include a built-in kick-stand and support for both portable and TV gameplay.

Unlike Nintendo Switch, Retro Champ does not come with a dock. Instead, owners plug the console itself directly into a TV using its HDMI-out port. When heading out, the console can be unplugged and played using the built-in 7-inch screen, D-pad, and physical buttons. Players can bolster comfort using My Arcade’s Super Gamepad wireless controllers which resemble what you’d expect to see with a SNES console. Retro Champ is said to offer 3-5 hours of battery life per charge.

If you think back to playing old games, one of the most aggravating parts was endlessly blowing on the cartridge to clear dust and get it to reliably load. Retro Champ comes with a cleaning kit that sets out to reduce frustration while also eliminating that not-so-enjoyable experience. 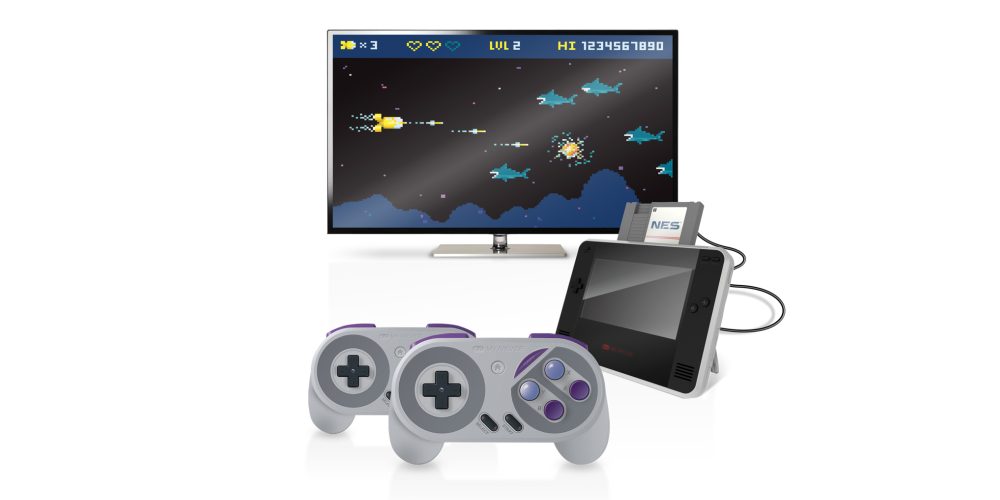 Retro Champ is available now and pricing starts at $79.99. Those intrigued by the thought of playing with controllers can opt for this bundle at $109.99. It includes Retro Champ, two Super Gamepad wireless controllers, and a 12-foot HDMI cable.

Having grown up with a NES console at home, I have a soft spot for many titles that have yet make it into the Switch Online lineup. If I still had the cartridges lying around, I’d be tempted to take Retro Champ for a spin. Especially given its ability to play on the big screen and on-the-go.