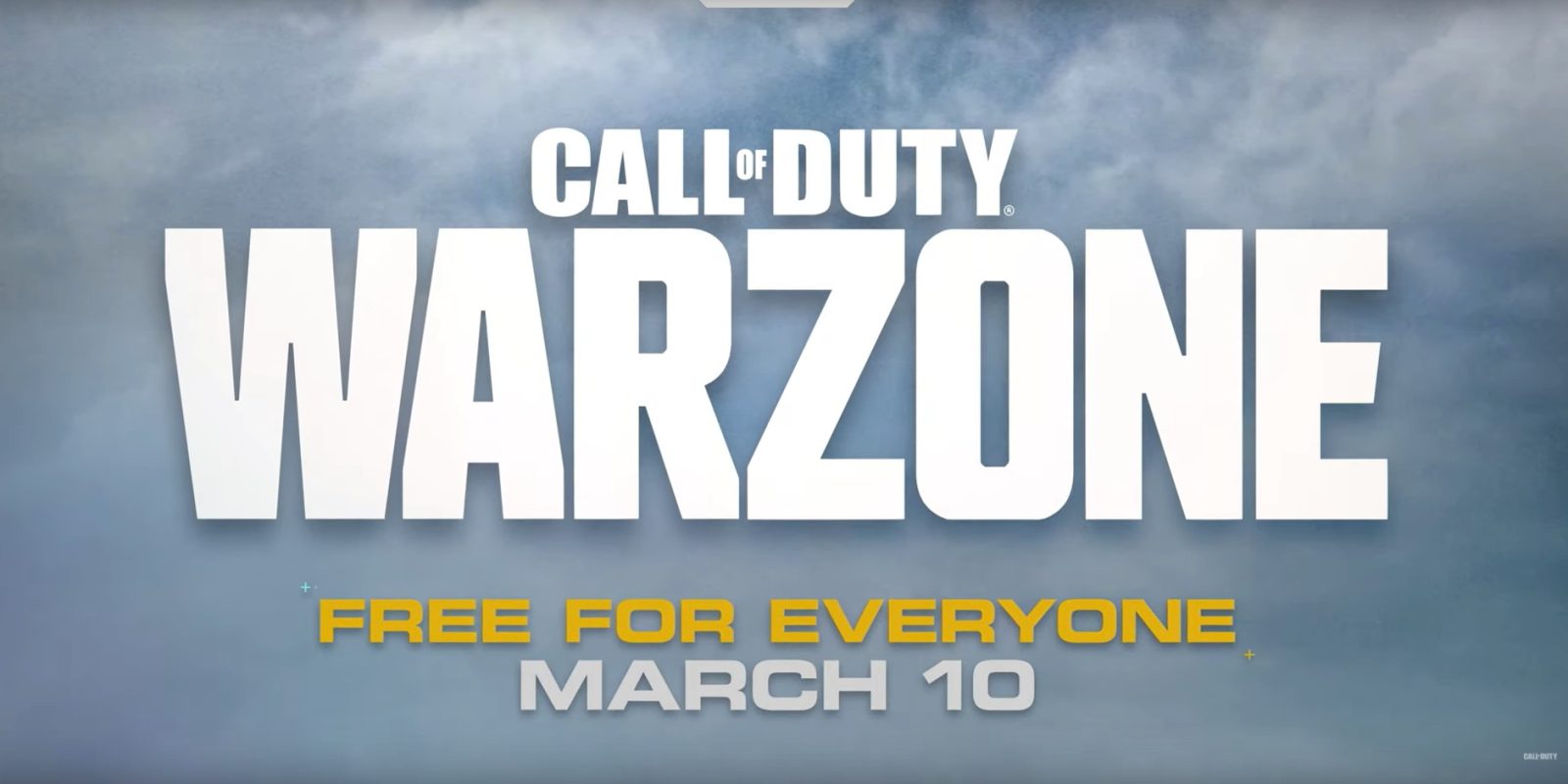 Call of Duty Warzone has finally been made official. While early speculation and a series of leaks (including gameplay footage) seemed to point what looked like a battle royale mode for Modern Warfare, now that the dust has settled we can confirm Warzone as being an entirely standalone experience. In fact, it will be available for free for all players starting tomorrow. Head below for all the details and a closer look at today’s launch trailer.

Call of Duty: Warzone is essentially a new stand-alone battle royale mode for the franchise — the first since Black Ops 4’s Blackout mode — but owning a copy of the already released Call of Duty Modern Warfare (full hands-on review) is not required here. While those who have purchased the latest MW will get in to Warzone before everyone else (more details below), you do not need to own the game in order to play Call of Duty: Warzone for free starting tomorrow.

This time around, the experience appears to be split into two different modes with one being a more traditional battle royale experience and the other known as Plunder mode.

Pitting 150 players against each other on one map in teams of three, the Call of Duty: Warzone battle royale mode takes place on the game’s gigantic Verdansk map. According to reports, the map is split into several regions or zones with what Activision calls over 300 points of interest.

Plunder mode, on the other hand, is a slightly more focused experience by the sounds of it. While it doesn’t appear as though Activision has actually divulged any numbers of the amount of players concurrently facing off each other here, this one also takes place in Verdansk. In similar squads of three, players must collect cash from around the map and take on special contract-like missions to earn even more. It sounds like this cash is carried on your person and will be taken from you if another team manages to take out your entire squad.

As you can see from today’s reveal trailer, Call of Duty: Warzone will have you piloting/driving all sorts of vehicles including helicopters, trucks, ATVs and much more when it releases tomorrow. Similarly to Modern Warfare, Warzone is cross-platform-compatible and all the cosmetics you have purchased in MW will transfer to Warzone as soon as you jump in.

Call of Duty: Warzone launches for free tomorrow on PlayStation 4, Xbox One, and PC. Those who have purchased Modern Warfare can jump in at 11 a.m. EDT while everyone else will have to wait until 3 p.m. EDT.

Be sure to swing by our roundup fo today’s best game deals while you’re waiting for tomorrow’s launch. You can also expect our hands-on impressions coming down the pipeline shortly if you’d rather wait to see if the download is worth your time.