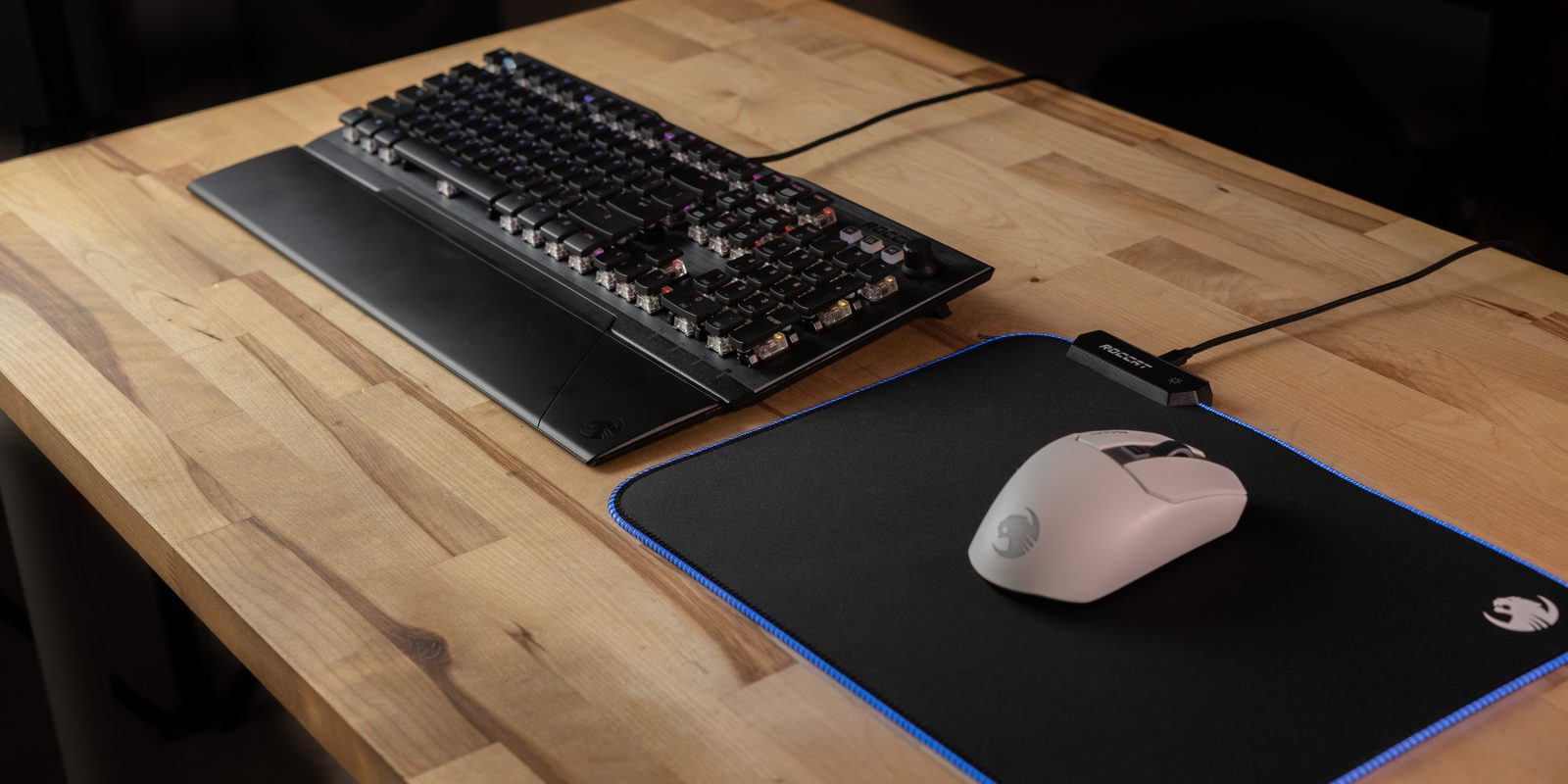 If you’re an FPS gamer who watches Twitch, then there’s a good chance you’ve heard of DrDisrepect. Love him or hate him; his performance and production value are some of the highest on the streaming platform. Recently, he announced a partnership with Roccat, a German company making gaming peripherals. What we’re taking a look at here is the Kain 200 AIMO, Vulcan 121 AIMO, and the Sense AIMO – the mouse, keyboard and mousepad in the Dr’s lineup. Head below to see them in action.

The full-size Vulcan features a relatively simple overall design. Sometimes gaming keyboards can go too far on the spaceship spectrum, but Roccat has kept it relatively tame withe the Vulcan line. Usually priced at $160, the Vulcan 121 AIMO does get close to one of my favorite keyboards, the Razer Huntsman Elite.

A black brushed finish marks the 121 AIMO, but white and grey variants are available in the 122 and 120 Vulcan keyboards.

A sloped design sets the bottom of the Vulcan at a low profile and then gradually gets higher towards the top of the board. Since I almost always have the risers out on a keyboard anyways, I like the sloped design. The palm rest flows nicely into the rest of the keyboard to sit at a low profile on your desktop. The palm rest is attached via a magnet connection and offers some nice support.

One of the features that shines (literally) is the AIMO RGB. Because of the small keycap design, the lighting is very prominent. Within the Roccat Swarm app, the lighting can all be tweaked and adjusted as well. With the AIMO intelligent setting, the lighting will react to your inputs, and RGB lights grow out from keys that are pressed. 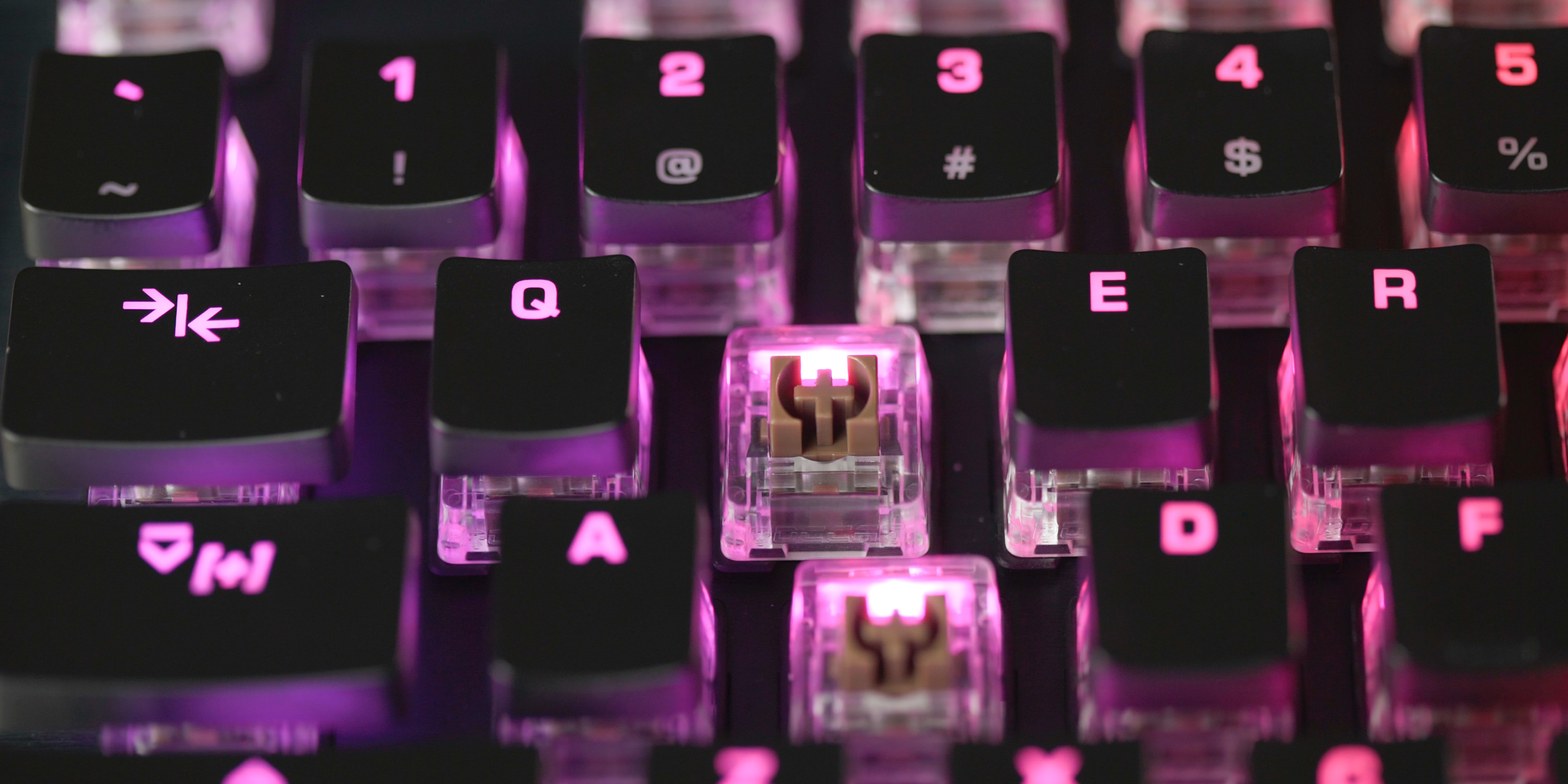 Two different switch options are available on the Vulcan 121 AIMO. Roccat uses its own TITAN mechanical switches in this keyboard line. I went with the brown, or tactile switches with red linear switches being the other option.

Sometimes while typing, the Vulcan can feel a little mushy, but where they shine, in my opinion, is gaming. To start with, just like on the F and J keys, there is a little raised nub to let you know where the W key is. The keycaps have a curved shape to them, but not cupped. I found this made transitioning between leaning and strafing easier in FPS games like Escape from Tarkov.

Overall, I think the Vulcan 121 AIMO is a great RGB keyboard for gaming. The design and RGB coloring is brilliant, and the tactile switches and keycaps make for an excellent gaming feel. 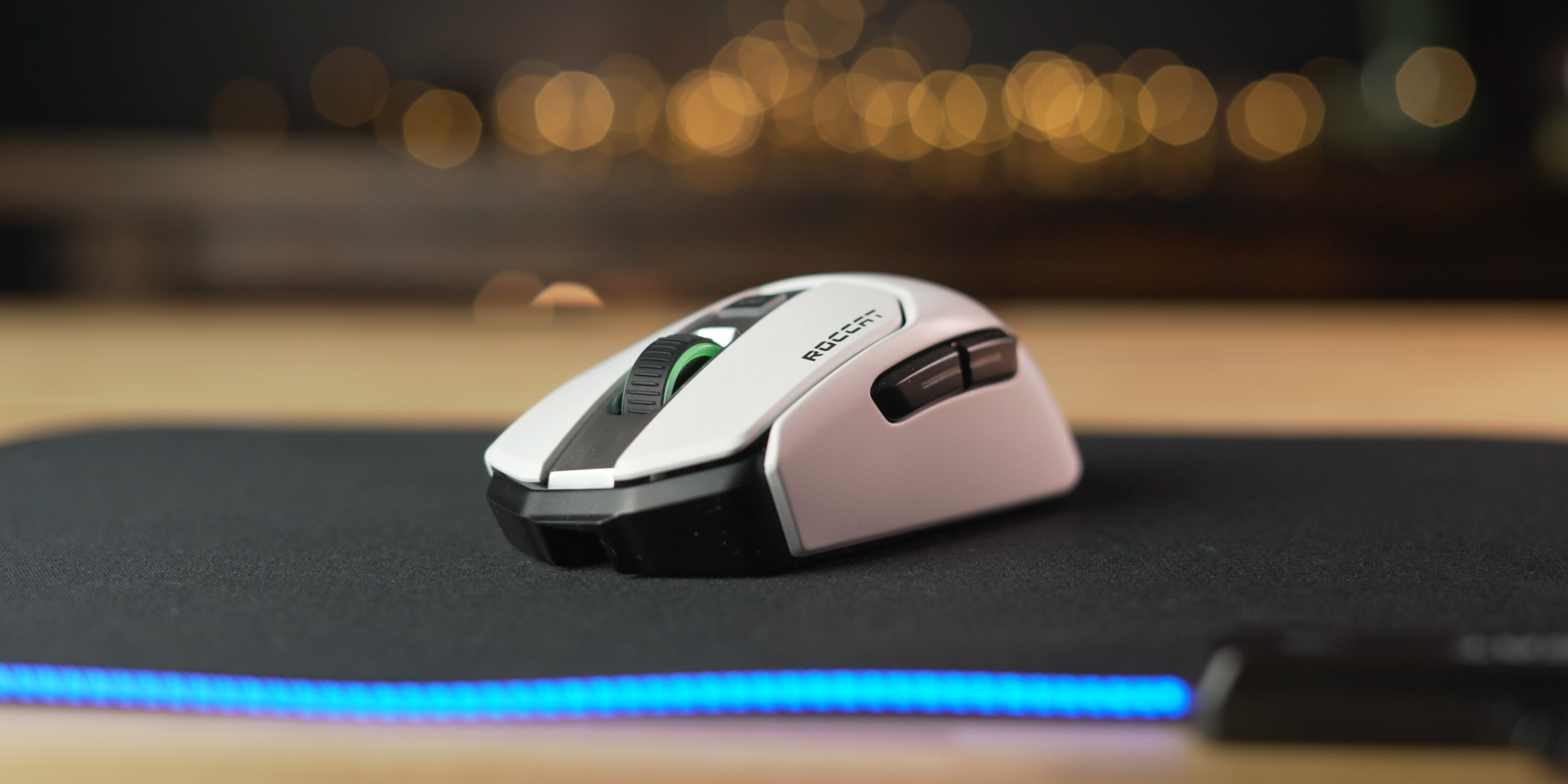 For mice, we’ve got the Kain 200 AIMO in matte white, but it is also available in black. The Kain 200 tops the line-up from Roccat as a 2.4ghz wireless gaming mouse with six programmable buttons and RGB lighting built-in.

There is a USB A to USB micro cable to connect to a USB hub for the wireless receiver. One slightly weird thing here is that the port on the USB hub and the mouse aren’t the same orientation, so you have to flip it over to plug it in. Not a big deal, but it was a minor inconvenience when plugging in the mouse to charge the first couple of times. 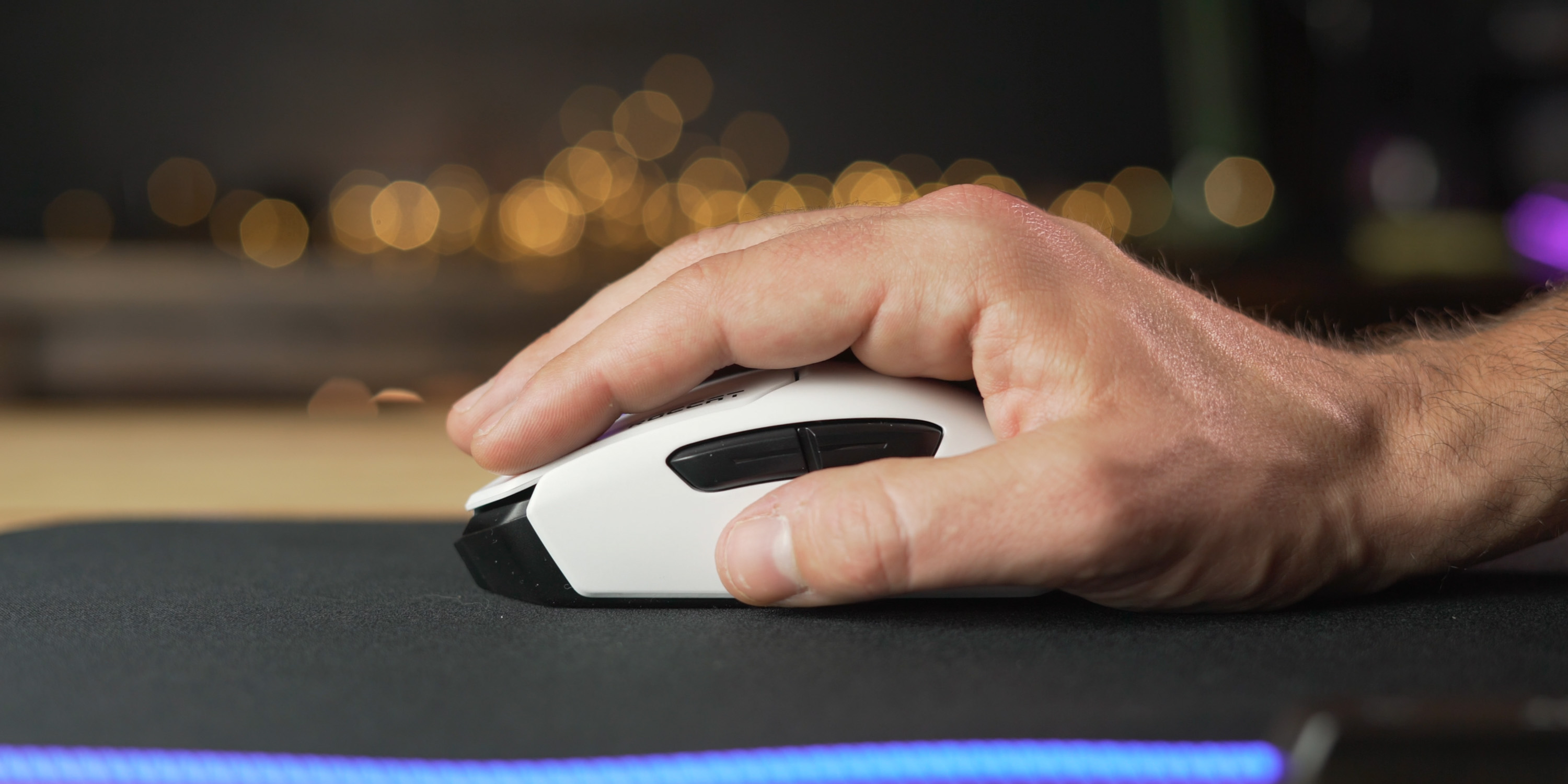 Roccat uses its own proprietary Titan Click switches in Kain 200 as well. They have an excellent click without being too heavy or light; they feel very easy to activate.

All of the other buttons are positioned well and feel great. The side buttons feel a little pulled back compared to the Deathadder V2, but pretty similar to the Logitech G703.

Overall the Roccat Kain 200 is a great feeling and performing gaming mouse. Battery life is rated at 50 hours max, and closer to 30 with AIMO lighting enabled. 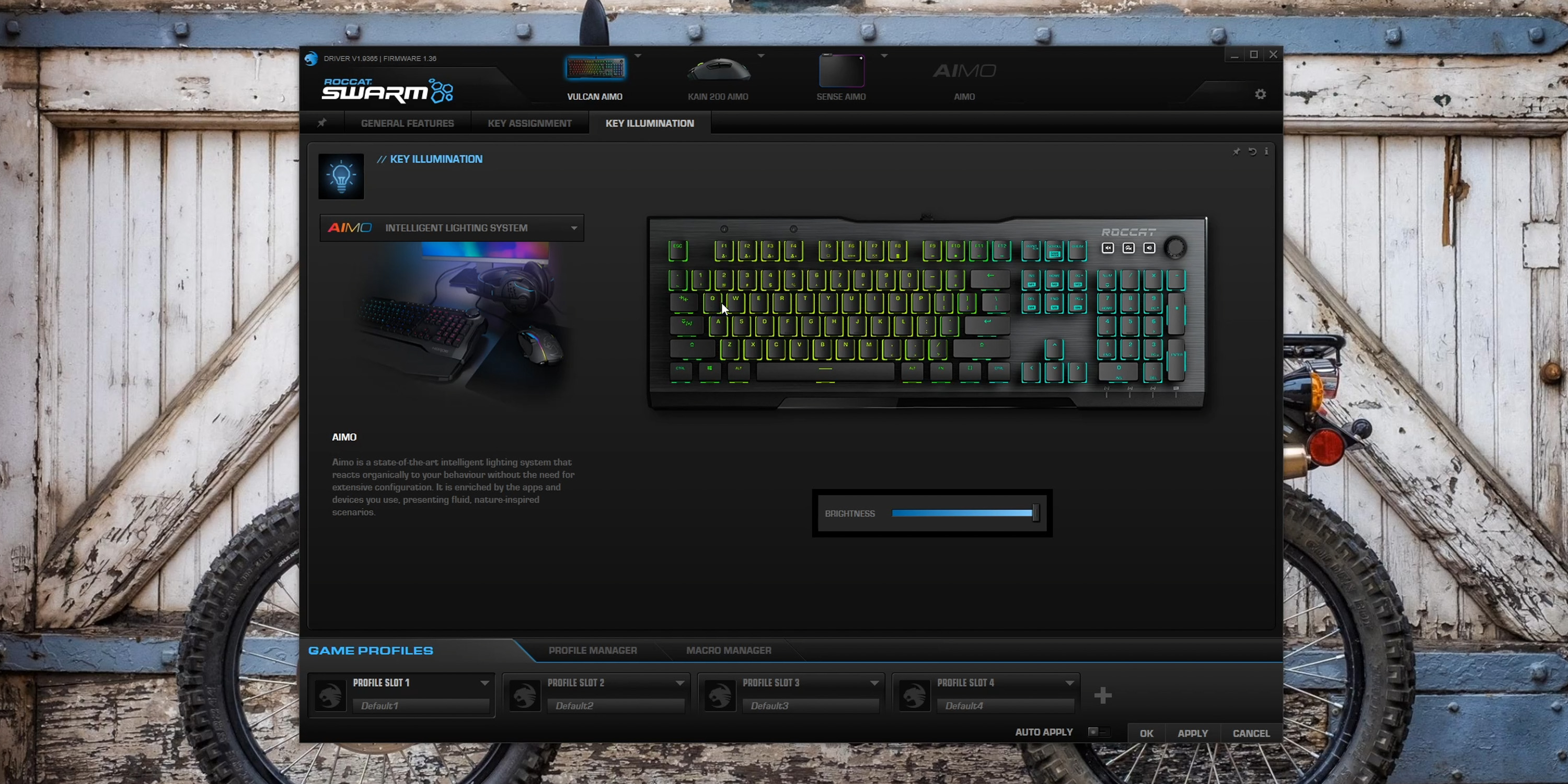 Within the Roccat Swarm app, this is a ton of control over keys, macros, and lighting. The Vulcan 121 has macros built-in by default by enabling game mode by pressing Fn Scroll. This disables the windows key and turns the navigation and editing keys into macros, labeled as M1-M6.

Profiles can also be enabled, and there is a ton you can do within the Swarm app. I decided to keep the lighting on the intelligent AIMO setting, which reacts to input in a brilliant display. I do think that the RGB in the Vulcan line might be the best I’ve seen in a gaming setup. 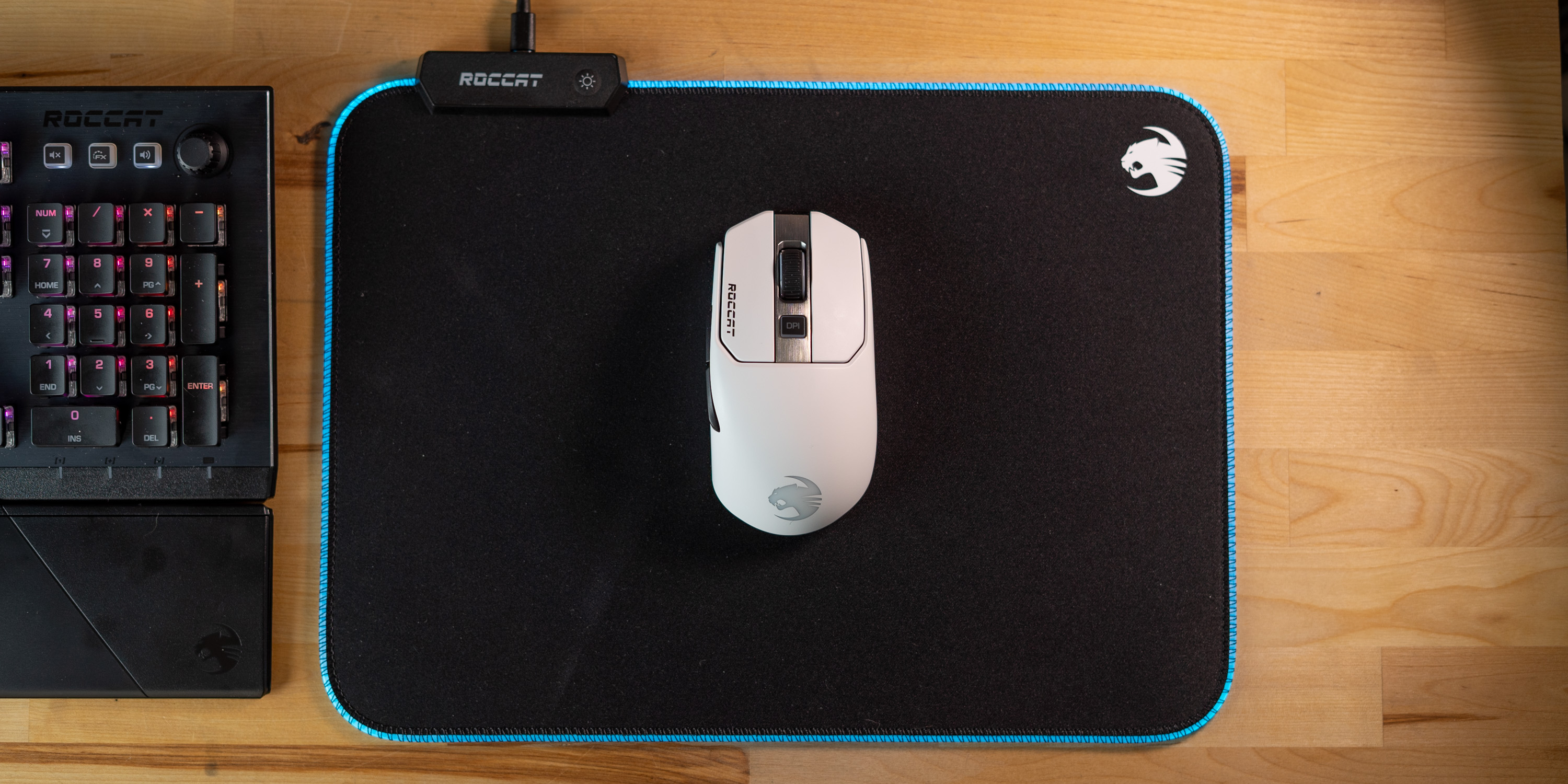 The final part of the setup is the Sense AIMO, which adds the same brilliant lighting. It has a detachable USB connection and has RGB lighting woven into the perimeter of the mousepad. Brightness can be adjusted in the Swarm app or by pressing the light button on the plug

Overall, the DrDisrespect setup from Roccat looks and feels great. I found myself enjoying the Vulcan 121 AIMO for gaming. I have gotten used to a smaller keyboard with the Drop ALT, but the switches, keycaps, and AIMO lighting were all great on the 121. The Kain 200 AIMO also felt like a great wireless gaming mouse with its wireless ergonomic design. The Sense AIMO just adds some more of that beautiful AIMO RGB to your battle station.