Review: Immerse for Logitech G improves game audio with a pic of your ear [Video] 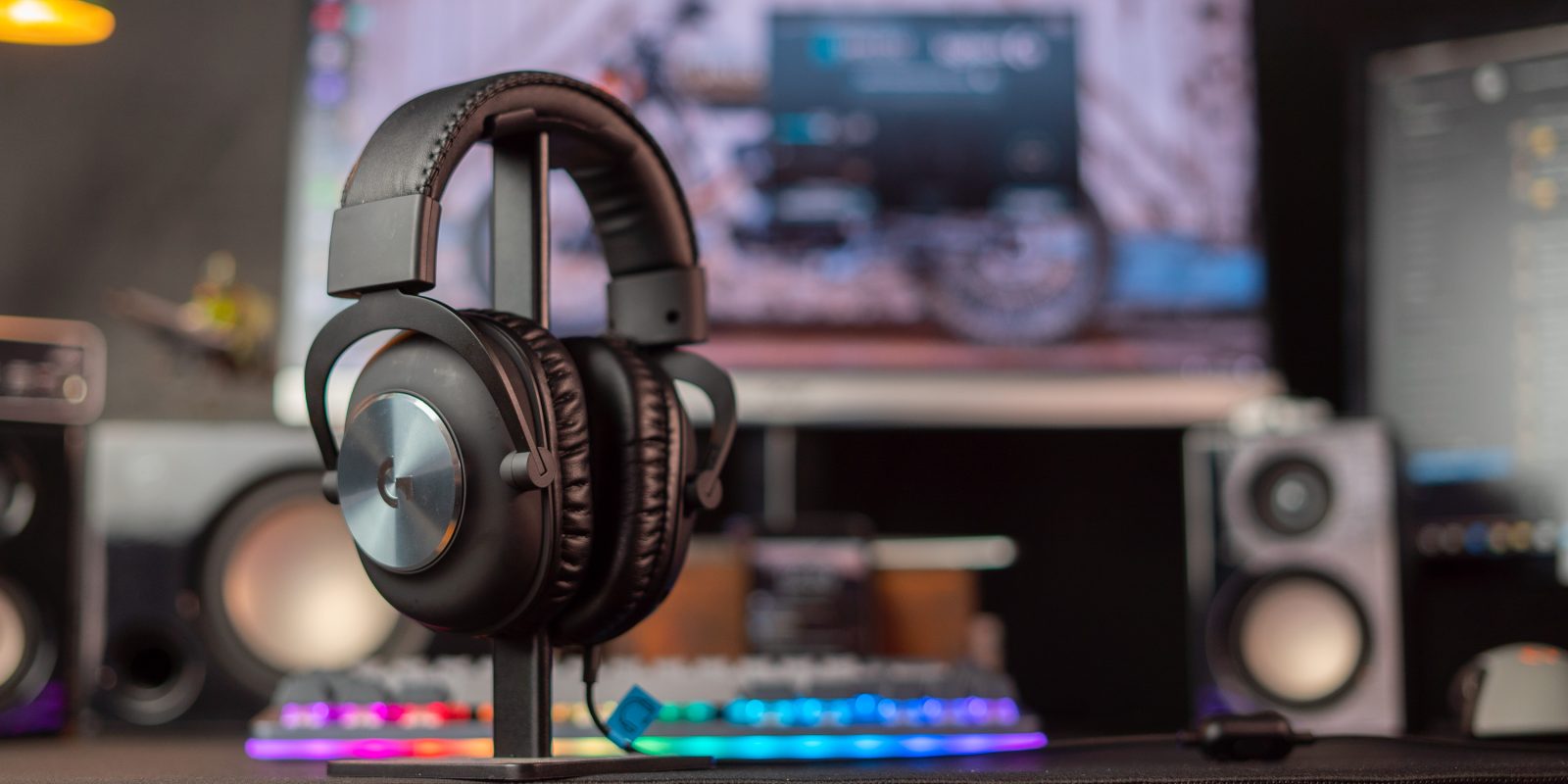 In competitive gaming, good audio is crucial. Getting the jump on an opponent because you heard them first can mean the difference between winning and losing. Logitech G headsets have always had an excellent reputation with professional gamers, but there is something new that takes their audio to the next level. By taking a picture of your ear and uploading it to Immerse for Logitech G, they create a customized profile for your ear shape and deliver some other excellent features in the Immerse app. It might sound kind of weird, but head to the video below to see it in action.

Immerse by Embody is a subscription-based service. If you’re a little unsure about the process and whether you’ll enjoy it, there is a free 14 day trial of the Immerse software from Embody. After that, there is a subscription required to use the audio engine. For month-by-month, it’s $2.99, a year costs $14.99, and a 5-year plan will set you back $39.99. Any of these plans can be canceled at any time, though.

Currently, for gaming, Embody and Immerse only support Logitech G headsets on Windows 10. They do have other software for Audeze in a pro-audio package, so it will be interesting to see if additional hardware is supported down the road. 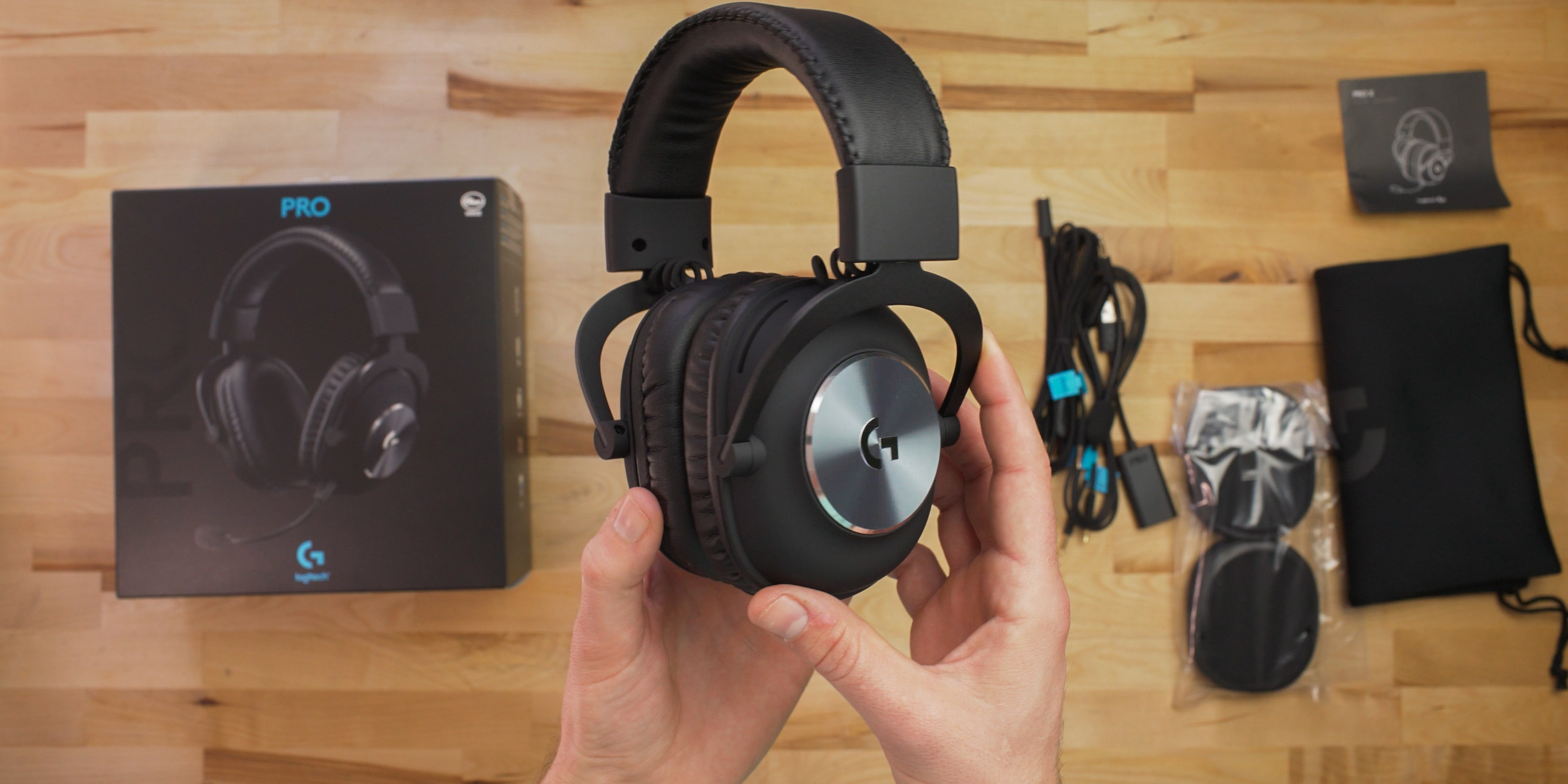 Once you sign up for a trial or purchase a license, the first step is to take a picture of your ear to submit for your personalized sound signature. Once that’s completed, download and install Immerse and connect your account.

I’m using the Logitech G Pro X to test Immerse. This won’t be a full review of the Pro X headset, but more of how it interacts with the Immerse software. Immerse for Logitech G works with many of the companies headsets including their most affordable option, the Logitech G 332 which is usually priced at $60, but can often be found for cheaper.

At the top of the Immerse software, you see your connected account and some settings in the upper right. Here you can see how many devices you’ve enabled the software on, and submit more images of your ear.

When using Immerse, you have to choose the right playback device. Typically when I open Immerse, it automatically changes the setting for me, but make sure that the playback device is set to “Line 1 (Immerse for Logitech G).” Then, when you make any changes, you will be able to hear them. 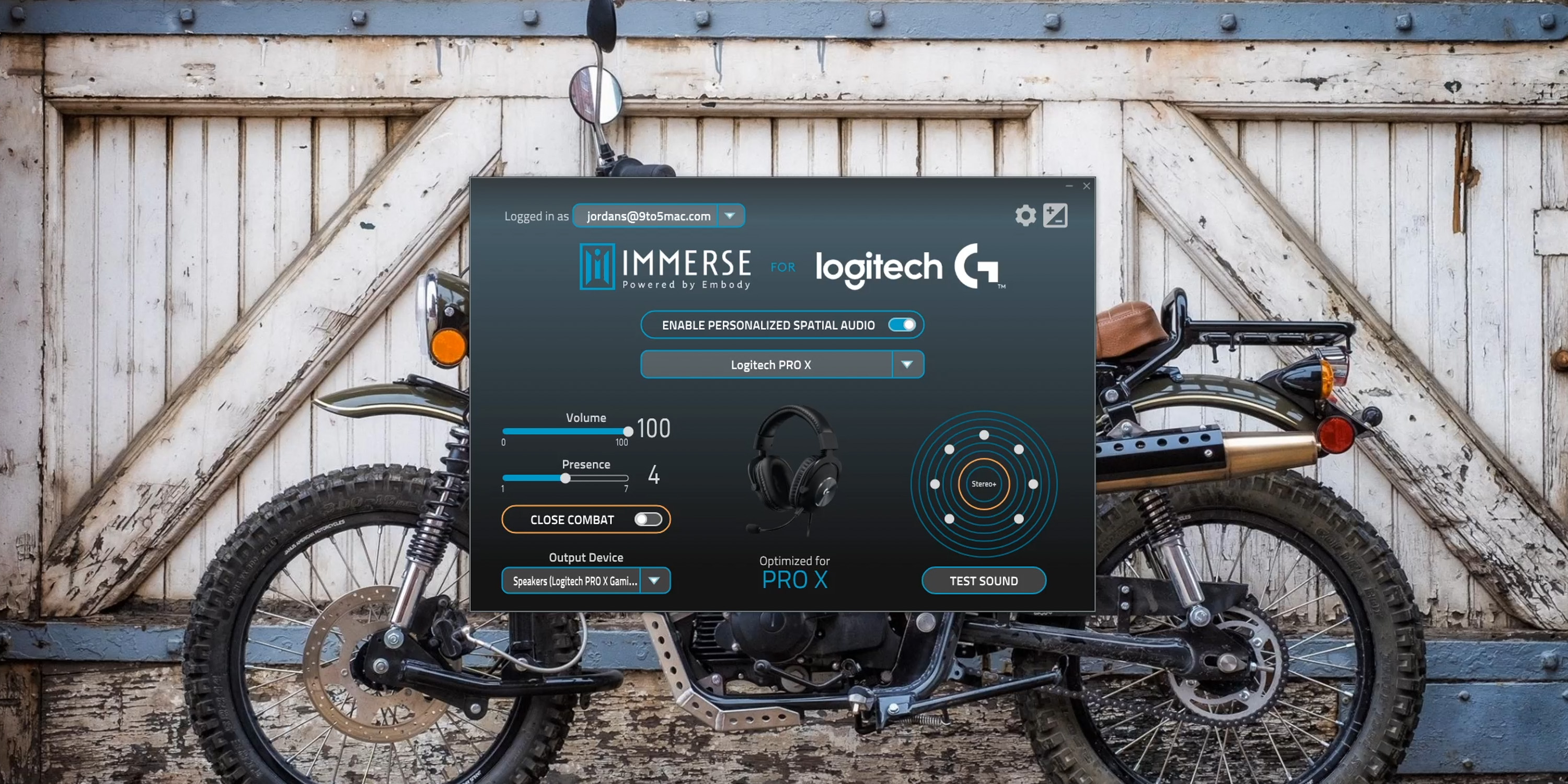 Okay, now back to the main feature. The central control is to enable or disable personalized spatial audio. Typically I never use other headsets that have a toggle for a virtual surround sound or 7.1 surround sound – I just leave them on the stereo setting. But with Immerse, I’ve loved the sound that comes out. On the left-hand side, there are sliders for volume, which just adjusts the system volume and a slider for Presence.

Presence makes the sound feel like it gets closer and closer to your headset. It seems like this is accomplished through compression and some EQ tweaks. 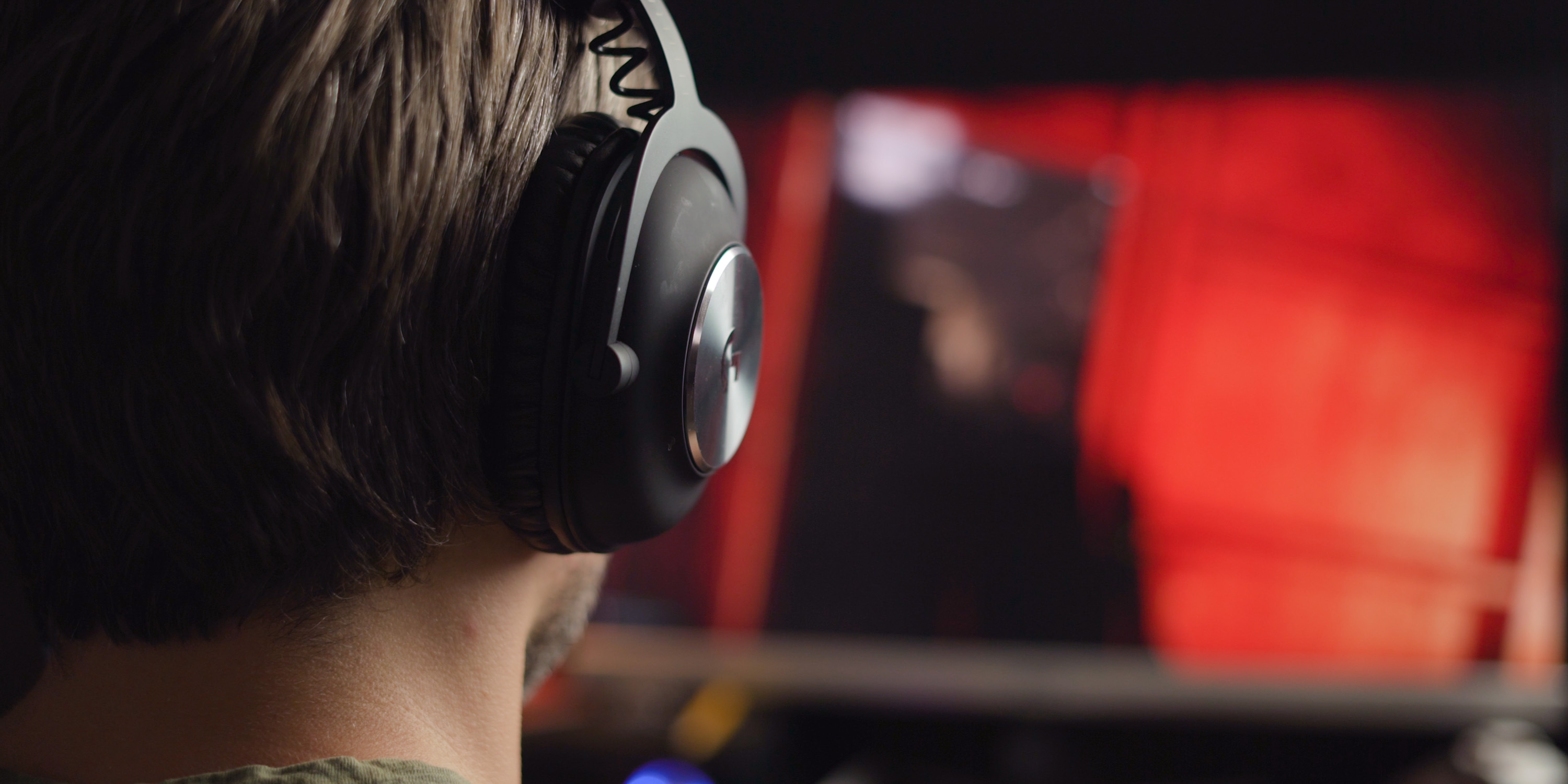 Will it make you a better gamer?

So let’s talk about how this actually affects gameplay. I’ve used it the most while playing Escape from Tarkov – and it’s pretty incredible. If you’ve played Tarkov, you know that wearing a headset in-game can make hearing everything much easier. Using the “close combat” setting in Immerse makes the game sound like you are using a headset even when you’re not. And if you are, it makes the compressed audio sound even more intense. Sometimes it can be too much, and I have to turn it off, but on scav runs or if I’m wearing a helmet that doesn’t allow me to use a headset in-game, the close combat setting is beneficial in hearing reloads, footsteps and all of the other minute details in EFT.

Another game that I tried was Call of Duty Warzone. This game has notoriously hard to hear footsteps, so I hoped that Immerse would make them a little easier to pick out. And while I do think it helps with positioning and picking out sounds, it didn’t make as big of a difference as I was hoping for. Footsteps were still hard to pick out, but there is so much going on in that game. For Warzone, I typically play with the Presence set around four instead of the close combat setting.

Immerse for Logitech G: Wrapping up

Overall I’ve been impressed with Immerse. For Tarkov, it’s been beneficial. It hasn’t been as game-changing for other games, but I’m excited to keep trying it. While it is a subscription service, if you have a Windows 10 PC and a Logitech compatible Logitech headset, there is no reason not to try the 14-day trial. And if you like it as much as I do, it’s just $2.99/mo after that and can be canceled at any time.

Get Immerse for Logitech G