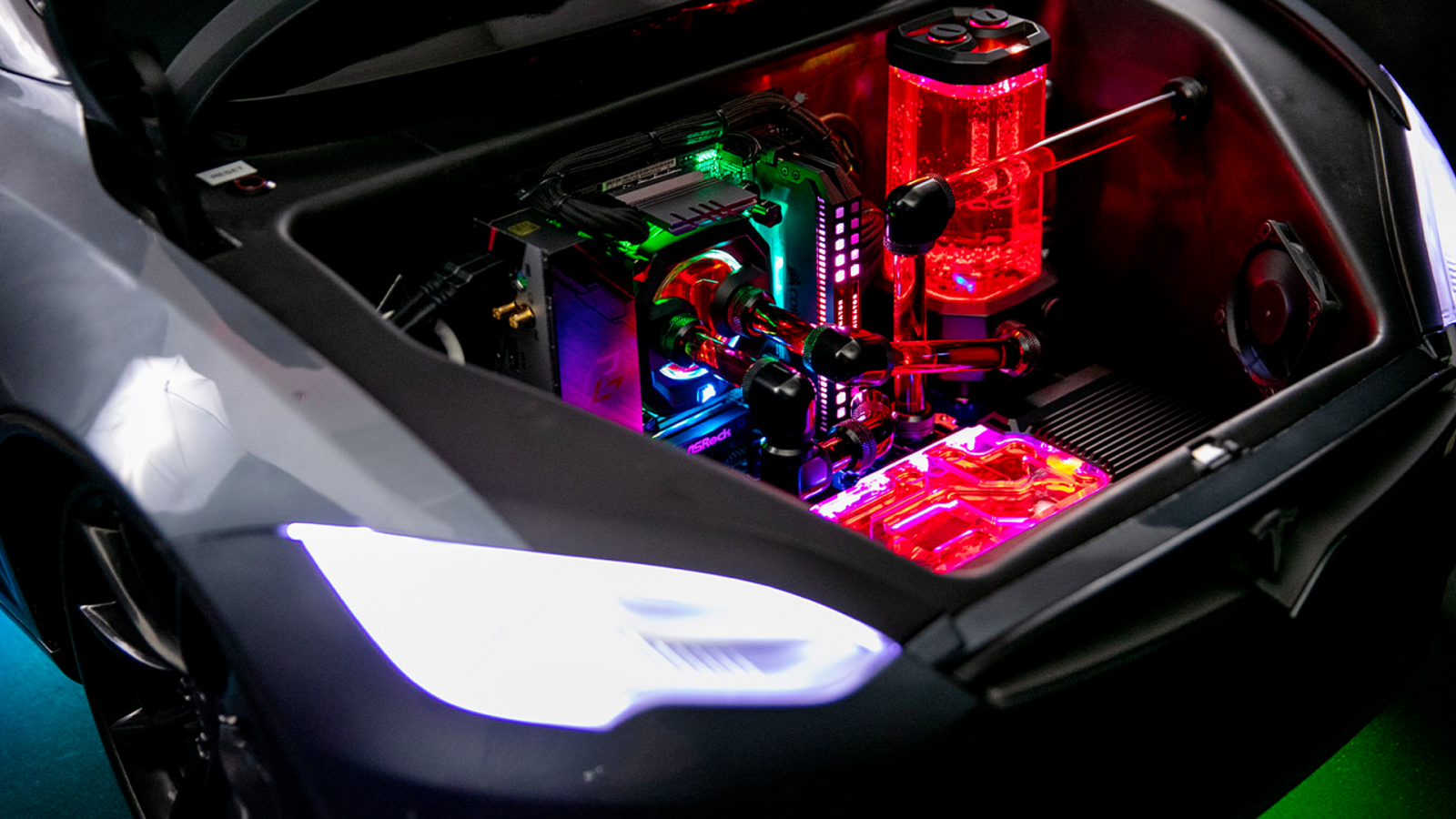 If you don’t know who MKBHD is, well, he’s only one of the biggest YouTubers around. Origin teamed up with Marques to offer a pretty unique computer…inside of a Tesla. Now, you’re not getting a full Tesla here, but it is still drivable. Ludicrous PC from Origin is a Ryzen 9-powered gaming desktop like none-other, and of course, it would be 1337 enough to cost $13,373. What do you get for $13,000? Well, quite a bit, actually…

If the 1337 moniker is lost on you, it stands for “leet” and used to mean that you were “skilled at computer programming or hacking.” From that definition, it evolved to just be that you speaking hacker, or “1337 sp33k.’ In the end, it really just is a funky code and term used to reference computer hackers and gamers from the early 2000s, and Origin is making a reference back to those days for fun.

However, if there was ever a computer worthy of being called ‘1337’, this is it. The Ludicrous PC is an insane desktop of monstrous proportions. Sped-wise, it is rocking the 12-core Ryzen 9 3900X processor and NVIDIA’s 11TB GeForce RTX 2080 Ti graphics card, alongside 32GB of CORSAIR Dominator Platinum RGB RAM and a 2TB CORSAIR Force MP600 PCIe 4.0 NVMe SSD, plus a 4tB Samsung 860 Pro SSD to boot. And, all of this is located in the case’s boot. That’s right, the entire computer is located within the frunk of this miniature Tesla Model S, which is fully drivable in forward and reverse by the way.

A PC that can drive? Only in a Tesla

Origin says that Ludicrous PC is designed to be driven in forward and reverse, as well as having working headlights, a horn, and steering wheel. Do keep in mind that this should only be driven by children, and you should absolutely supervise them as they drive. Remember, there’s a high-end gaming PC with liquid cooling in the front of this Tesla, so any crash could spell danger for the entire system.

You can customize the entire machine from the color of its wheels to body paint, plus, you’ll get a “premium battery upgrade, car cover, and custom license plate” with your purchase to round out the high-end and premium design.

Underneath the car, Origin’s parent company CORSAIR added iCUE-enabled RGB strips that are controlled from within the computer’s operating system. This creates advanced RGB lighting effects that sync perfectly across all of your iCUE-enabled devices. 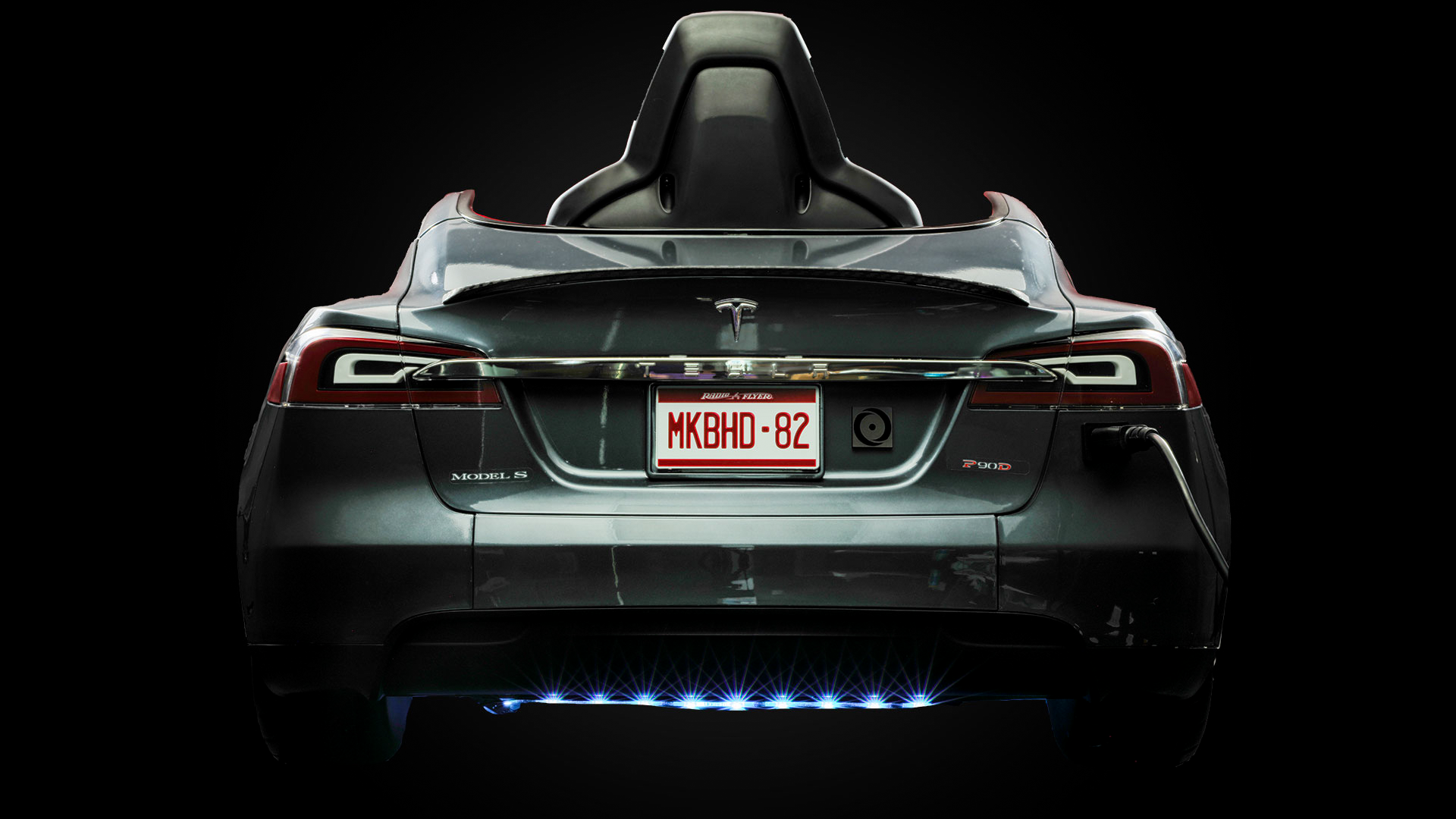 The Origin Ludicrous PC starts at $13,373 and can go up a few bucks depending on which color options you choose. Origin can pre-install software like Chrome, Steam, Discord, or even include gaming headsets, monitors, and more with your purchase so that way the box that shows up at your door houses everything you need. Shipping is slated to happen sometime in the next 24-26 days, which puts delivery mid- to late-May right now. This computer is a “limited edition,” and there’s no telling how long it’ll stick around, so if you’re really wanting to show your Tesla love, alongside having a killer gaming PC, be sure to jump on this computer before it sells out.