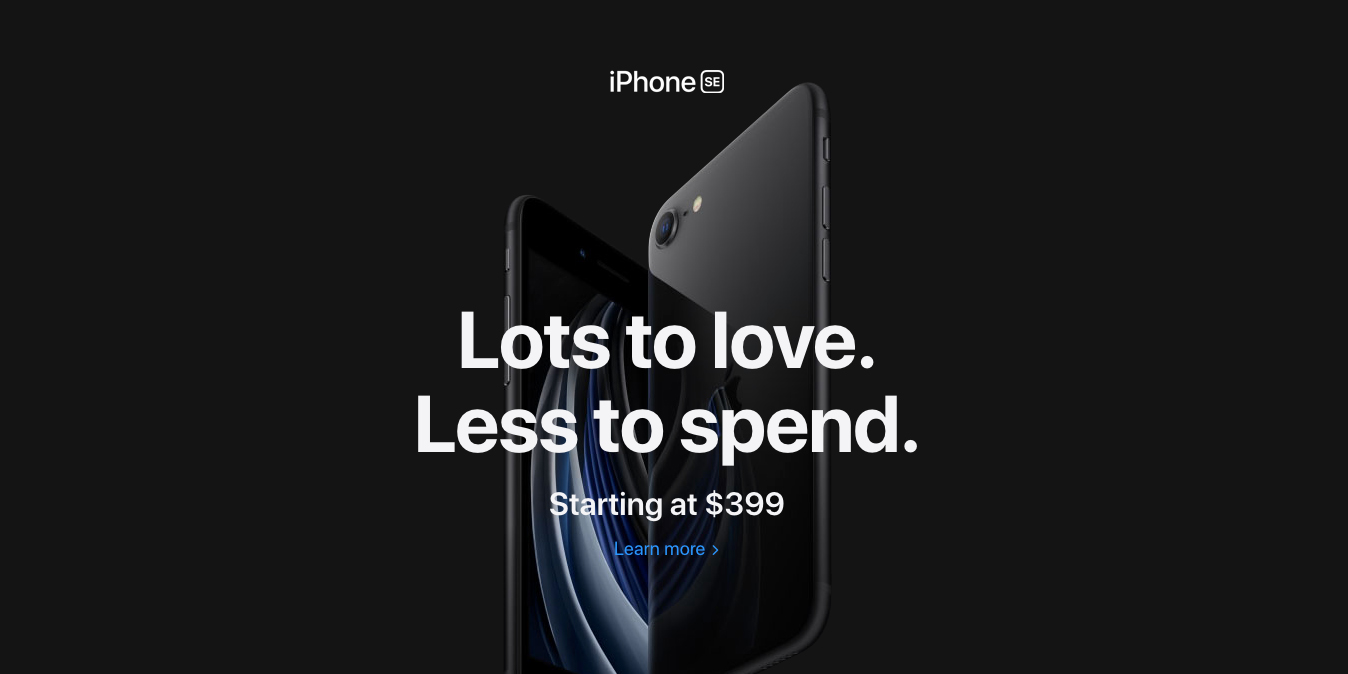 Apple took the wraps off the new iPhone SE yesterday, confirming our reporting over the last few months. Ahead of pre-orders starting tomorrow, various retailers are beginning to detail the best deals for Friday’s launch day. Apple is offering aggressive trade-in promotions while Best Buy and other retailers are throwing in gift cards and more. If you’re interested in jump on the latest device from Apple, hit the jump for all of the top iPhone SE pre-order deals.

Breaking down the new iPhone SE

Sporting a rather familiar design, the new iPhone SE arrives with upgraded internals but manages to ditch the iconic style of its name-only predecessor. Headlining is a 4.7-inch Retina display that’s wrapped with slim bezels alongside Touch ID support across the bottom. The backside reverts to a glossy coating that pairs with a new water-resistant design for the first time on Apple’s smaller handset.

Inside you’ll find a battery that supports up to 40-hours of use depending on your usage, but most will find around 14-hours. A 12MP wide-angle camera features ƒ/1.8 aperture and digital zoom up to 5x. Portrait mode is present as well as a selection of “advanced bokeh and Depth Control”.

Jump into our full comparison post for a breakdown of all of the iPhone SE’s best features.

…and now for the top iPhone SE pre-order deals

Pre-orders are slated to start on Friday, April 17, at 8AM EST across various retailers and service providers.

The new iPhone SE starts at $399 or $16.62 per month if going direct from Apple. While you won’t find much in the promotion department going the first-party route, Apple is offering fairly notable trade-in valuables. You can get up to $500 in credit when you trade-in an iPhone XS/Max, which is the latest handset Apple is currently accepting. If you’re trade-in tops the value of your phone, you have the option of scoring store credit instead on this iPhone SE pre-order deal.

Best Buy is throwing in a $50 gift card with the purchase of a new iPhone SE. That gift card stays steady at $50, no matter the storage capacity you choose. You’ll need to activate at purchase, as well, as unlocked and prepaid phones are not eligible for this promotion. Learn more here.

If you activate with Sprint, you’ll save $99 off and get the $50 gift card. That brings the price down to $300, which is the best offer yet.

Comcast’s in-house Xfinity Mobile will be taking $200 off when you port over a number and activate a new line simultaneously. This offer includes iPhone SE, making it arguably the best deal so far. You can learn about this promotion right here.

Update: In case you missed early pre-orders, Walmart is still taking $200 off when you select a device plan with April 28th delivery.

Walmart is offering a notable iPhone SE pre-order deal, taking $200 off when you activate through a carrier and sign-up on an installment plan. Get full details right here.

Update: Metro by T-Mobile is offering iPhone SE for $99.99 when you switch to their service. This is the best price we’ve tracked outside of trade-in and monthly plan deals.

Sprint is now offering a $100 Mastercard when you bring your number over from a competitor. That’s on top of the existing $5 per month offer.

T-Mobile is offering iPhone SE for FREE with eligible trade-in and a new line. Sprint is $5 per month with a Flex installment plan and $0 down today.

AT&T is now offering iPhone SE for $5 per month over the course a 30-month commitment. That’s a $249 savings from the regular price.

9to5Mac has partnered with leaders in the iPhone/iPad/Laptop cash trade-in and repair industries. The easiest way to get cash for your device is to head over to trade-in.9to5mac.com for an instant quote. We chose this partner in particular because of their industry-leading paybacks, rapid payment service, integrity, and reliability. They’ll accept most iPhone, iPad, Apple Watch, MacBook, iPod, Apple TV, AirPods, and more — as long as they are relatively recent and in working order, of course.

We’re still expecting many additional iPhone SE pre-order deals to come over the next 24-hours in the lead up to launch day. We’ll be updating this post with all of the best offers in the meantime, so continue to check back. You can see pre-order offers at each mainstream retailer below prior to Friday’s 8 a.m. EST launch.

Make sure you also jump over to our Apple guide for all of the best deals on iPads, Macs, Apple Watch, and more.