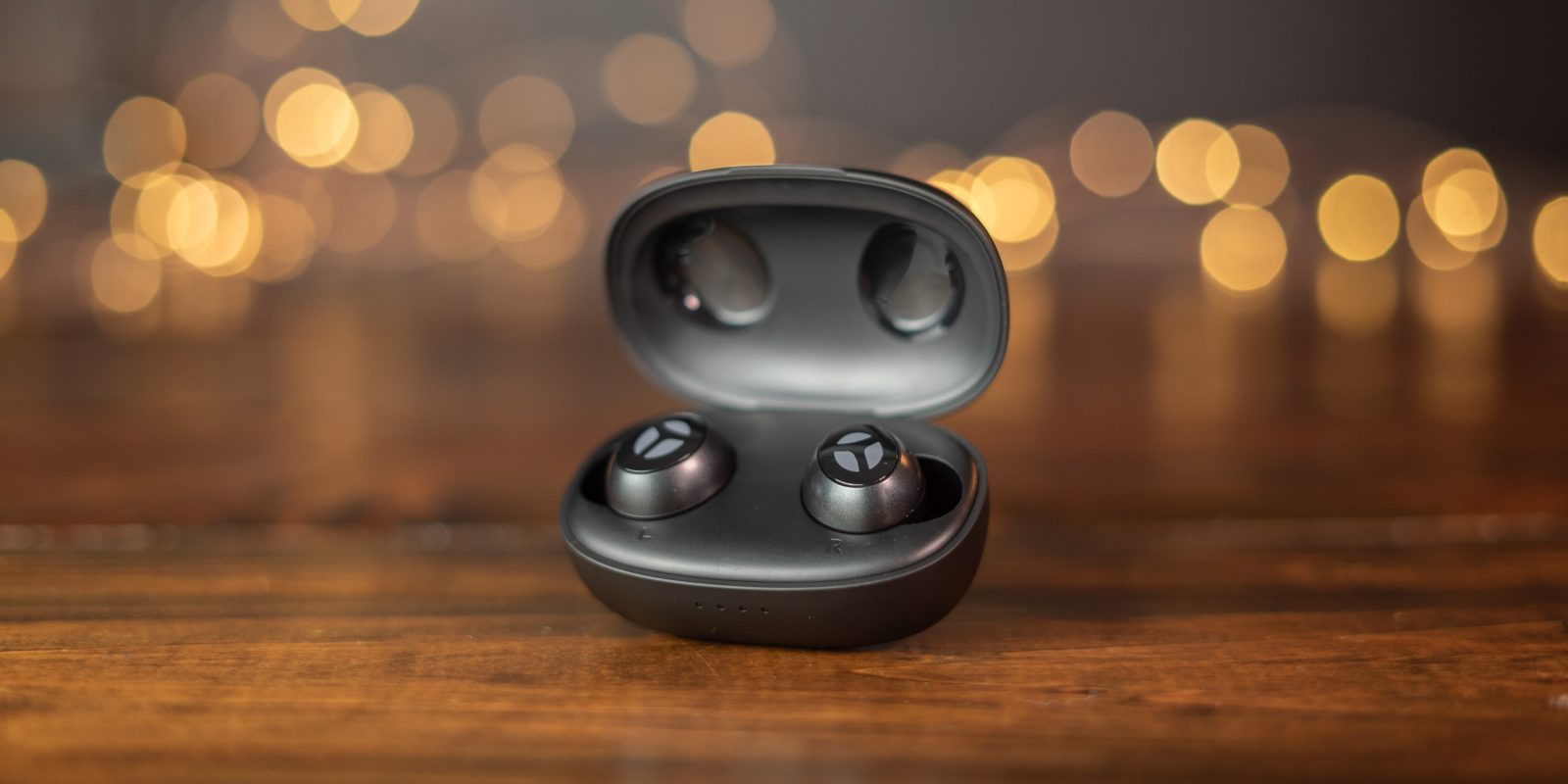 There are plenty of options for truly wireless earbuds these days. They can get expensive and over-loaded with excessive features that take away from their core sound. That’s where the Tranya Rimor True Wireless Earbuds come in. Price at just $80, these earbuds are aimed at audiophiles on the go. So how do they deliver? Head below to watch the video and hear our thoughts.

Tranya isn’t doing anything new and crazy with the charging case, but it is very portable. It has a pleasant and compact rounded design that makes it easy to pack along with the standard four dot light setup to show how much battery life is left, which is replenished with the included USB-A to USB-C cable.

Overall the design is relatively small and discrete. I didn’t find them sticking too far out of my ear. Because they’re small, there really isn’t a need for ear wings to get a secure fit that won’t fall out. They survived a rigorous shake test in my ears with flying colors. 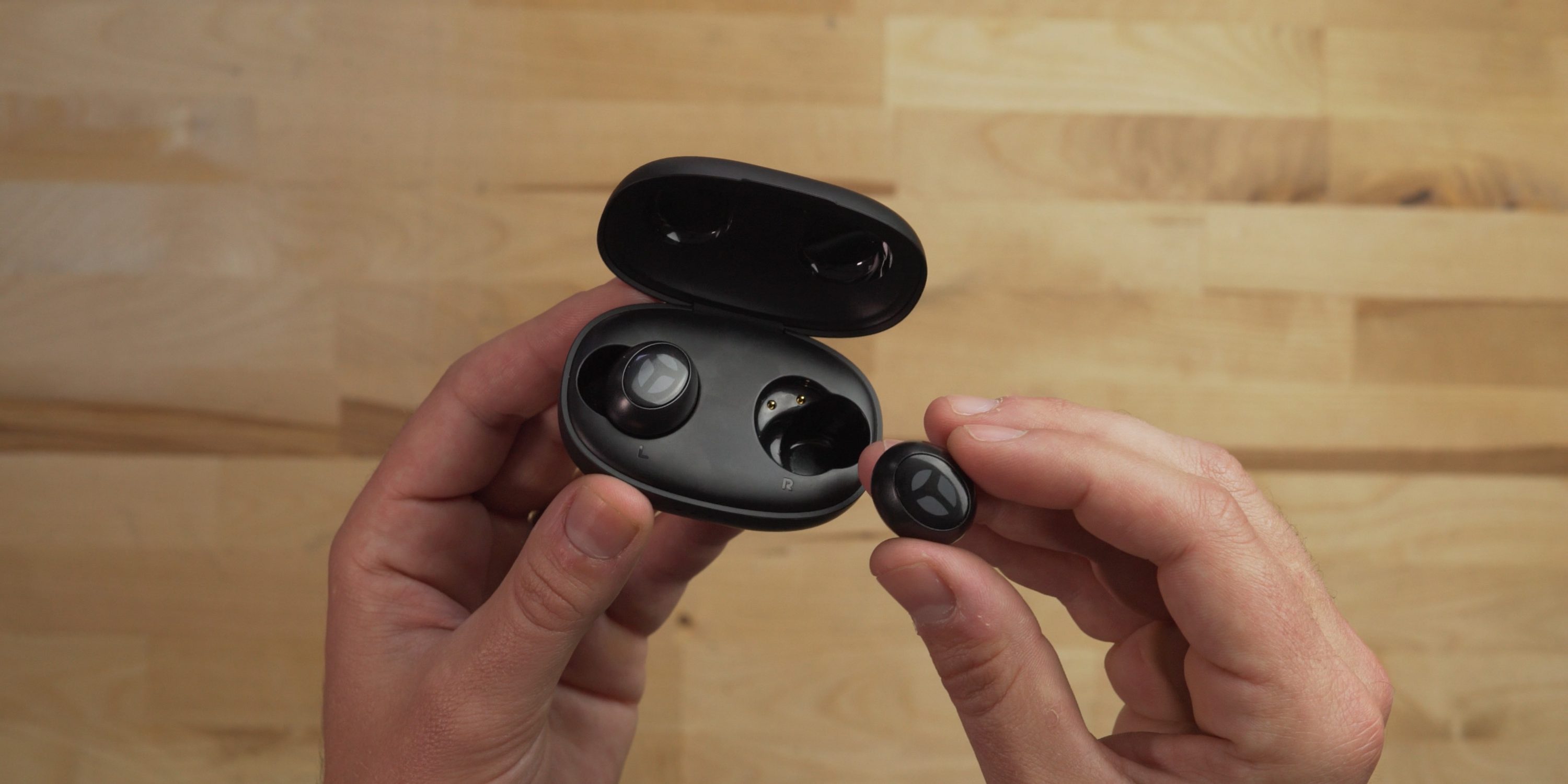 Speaking of fit, while they come with three different sizes of silicone ear tips, none of those seemed to fit my ears. I couldn’t get a good seal which meant that the headphones sounded weak and lacked any presence or low-end. Luckily, I have some foam tips from other earbuds handy. Installing these helped to make the headphones sound how they’re actually supposed to. More on the sound later in the review.

When putting them away, they fit very securely in the case and easily slide in to find their proper charging position with a satisfying magnetic snap. When opening the case and pulling them out, they quickly connected to my iPhone 8 probably 95% of the time. Occasionally they didn’t power on and I had to hold my finger on the earbud for 3 seconds to power them up and get connected.

The Rimor earbuds also sport IPX5 water resistance to allow use with rigorous workouts and rain.

One of the main considerations for wireless earbuds is battery life. Just the headphones alone deliver around five hours of playback, with 25-hours total when recharged in the case. While that’s not anything groundbreaking to set it apart, that’s perfectly reasonable and acceptable battery life for the $80 price point. 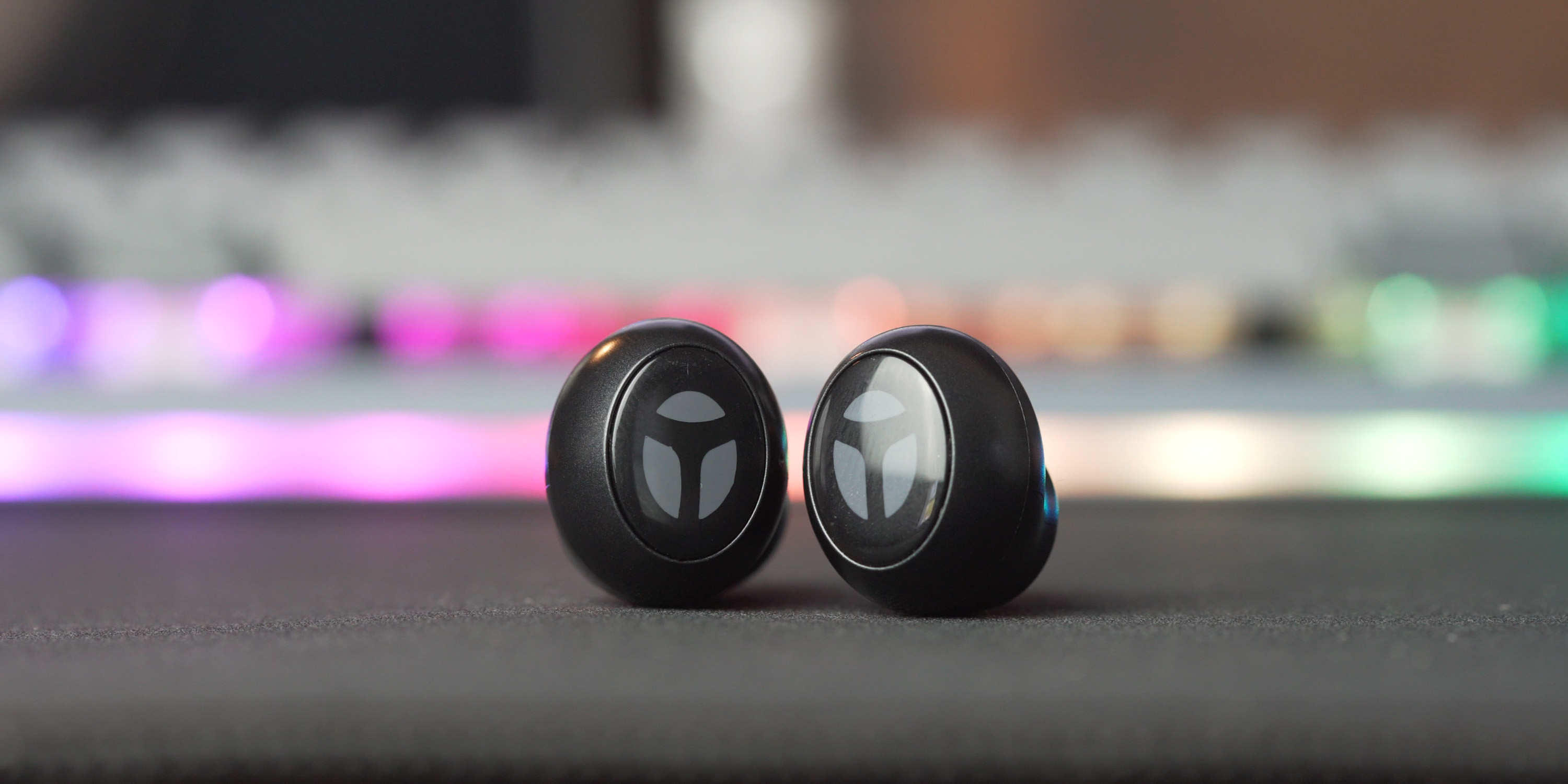 To control the Rimor earbuds, just tap on either bud in a variety of ways to control playback and calls. To take volume up or down, double tap on the earbud. Or you can skip to the next track by holding the button for about two seconds.

Overall this works well, but I found myself accidentally hitting the button when removing the earbuds to talk to someone. That might not be a big deal, but if I was listening to a podcast and took them out to talk to someone, I would occasionally start up the podcast again without knowing and would have to re-navigate to where I lost my place. 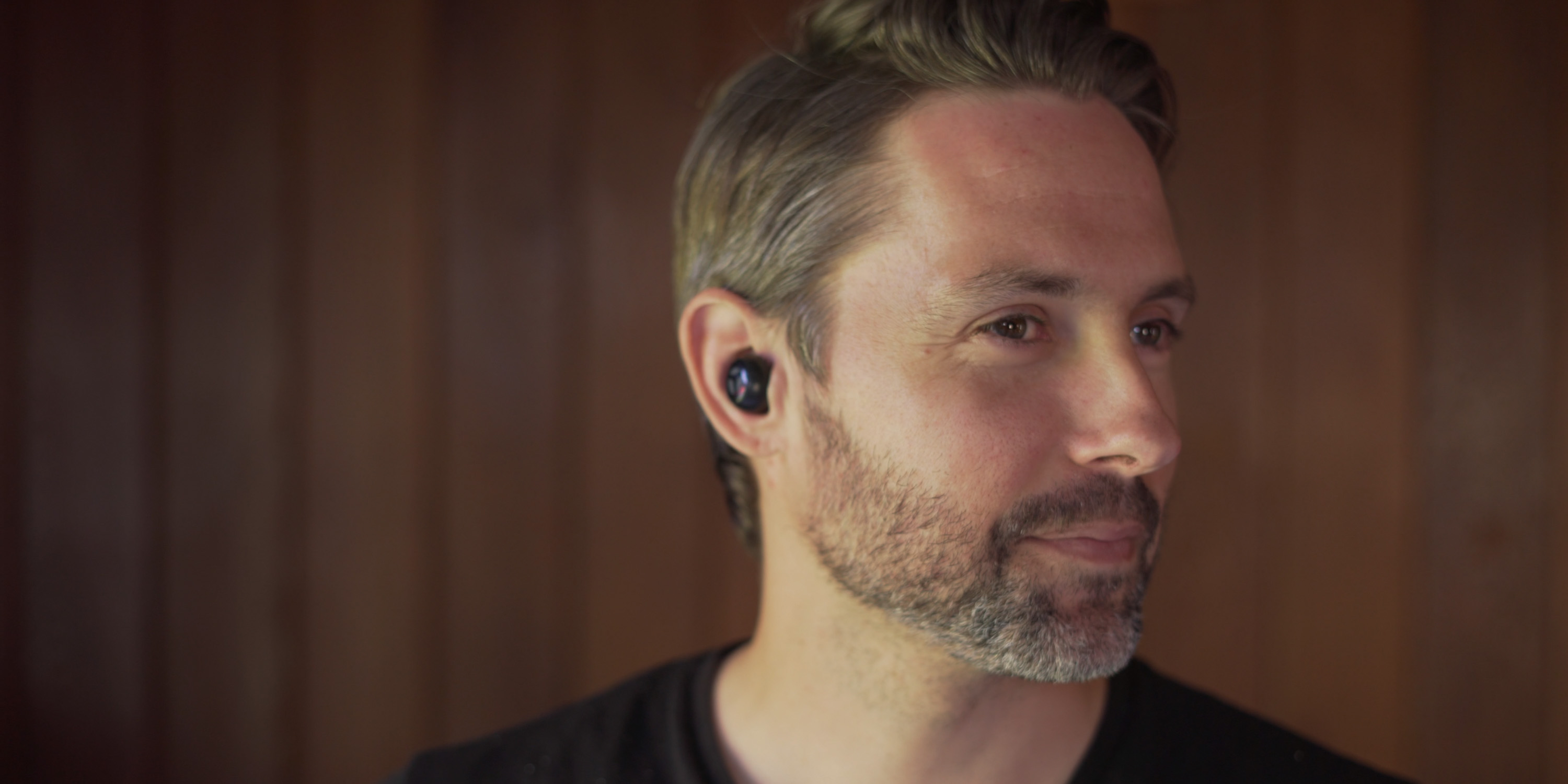 Tranya claims the Rimor earbuds are for the audiophile on the go. That phrase can be easy to throw around. Where I think Tranya is trying to get that claim is from the relatively flat sound with large 10mm drivers delivering frequencies from 20-20,000hz.

Don’t get me wrong, it does sound good! If you’re a bass head, though, you will want to look elsewhere. While those big drivers (for earbuds) do a good job of hitting low frequencies, they aren’t pushed forward. So if you’re looking for bass-heavy sound, you’ll want to look for a different set.

But, they do offer great clarity and stereo separation along with their relatively flat frequency response. Listening to pop tracks like Don’t Start Now by Dua Lipa gives some nice tight, punchy bass while the vocals and mids are plenty clear giving some nice clarity to all of the disco-inspired sounds and backing vocals.

If you want bass, from what I’ve heard, the Tranya T3 earbuds deliver plenty of low end for the $60 price tag. 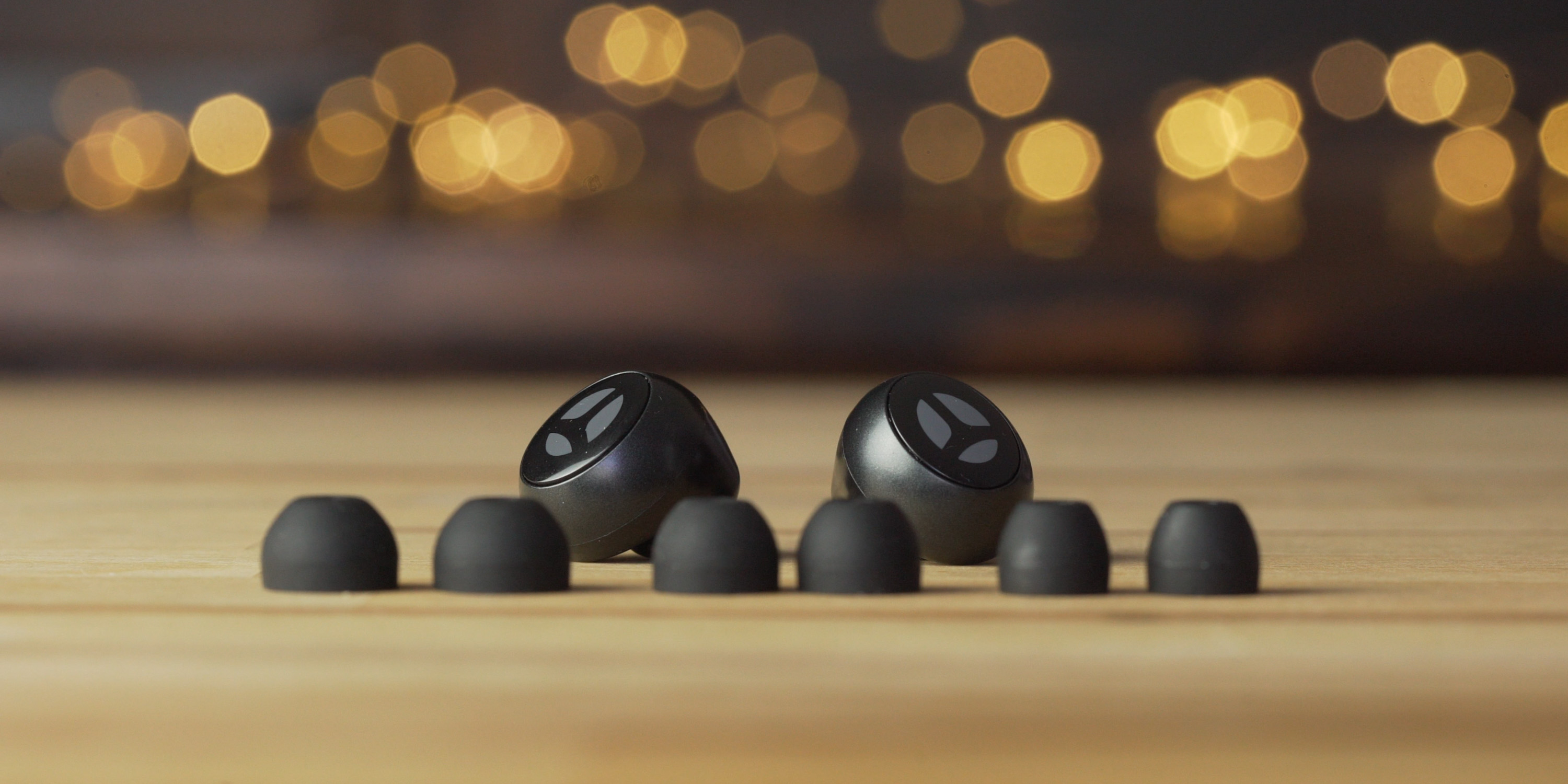 There isn’t any active noise cancellation (ANC) on the Rimor earbuds, but there is some inherent environmental sound reduction from the design.  Obviously, this helps to keep the price down. If ANC is a must, then you should absolutely check out the Edifier TWS NB. While the sound is more contoured and it’s more expensive at $120, the ANC is pretty incredible. 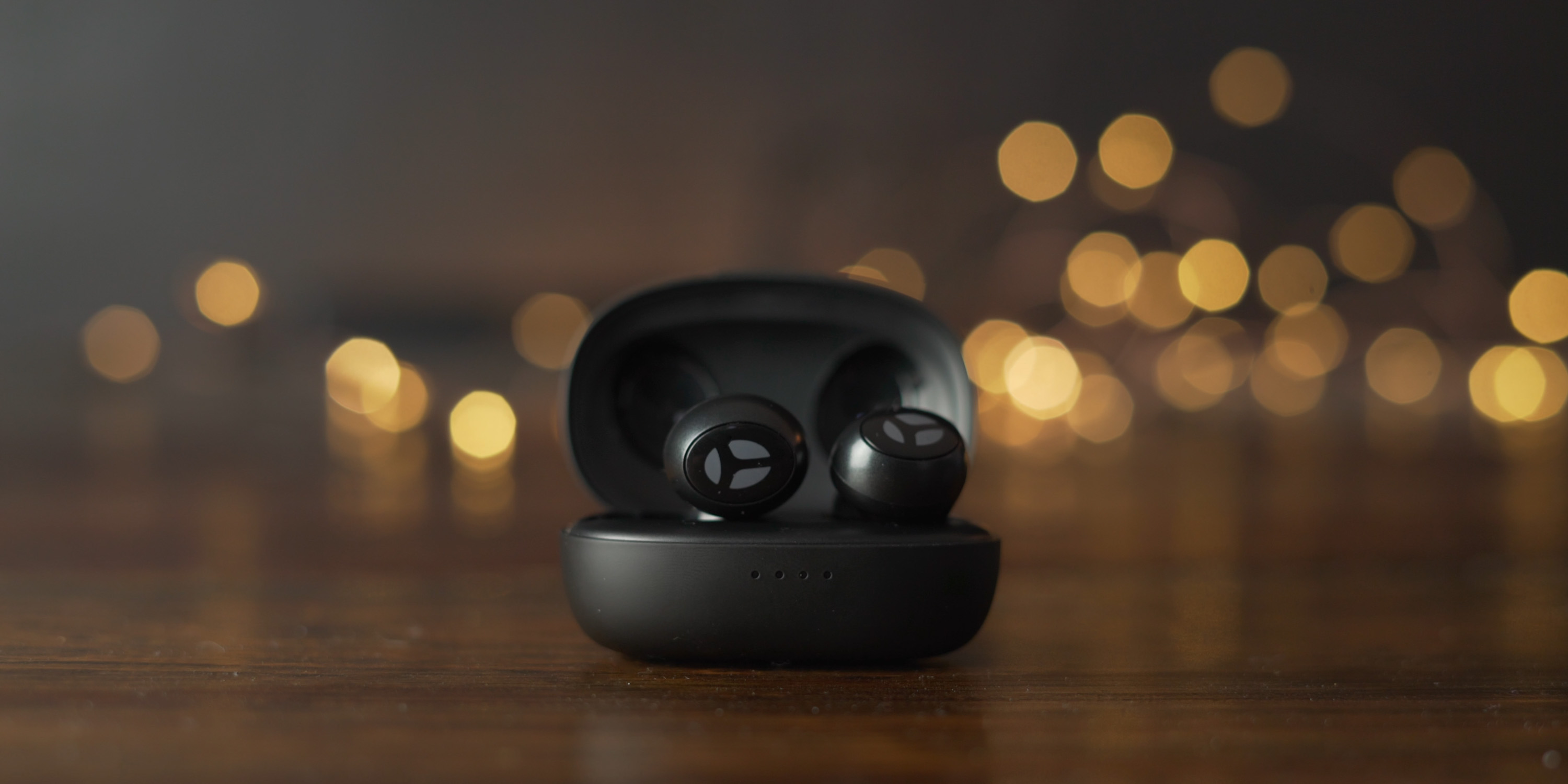 Overall, the Rimor true wireless headphones sound great for their $80 price tag. The flat frequency response keeps music tight if that’s what you’re seeking. I was disappointed that I wasn’t able to get a good fit from the included sets of ear tips, but it’s easy to pick up a set of comply foam tips to get a better fit.

If you want lots of EQ control, check out our review of the Jaybird Vista which has a great app for making your own or trying other people’s presets.