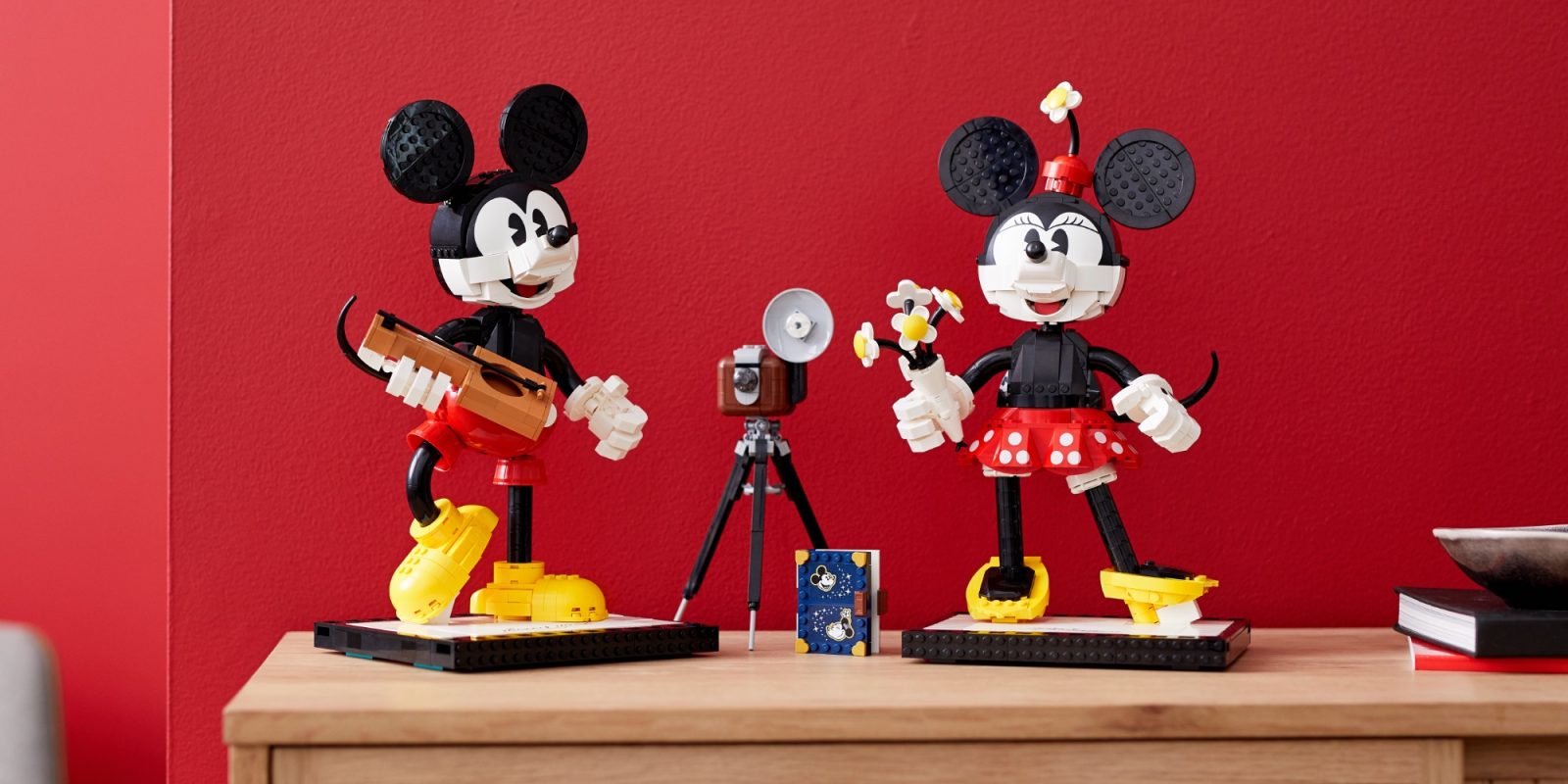 LEGO today is unveiling its latest set in partnership with Disney, assembling two of the most famous cartoons of all-time. Standing 14-inches tall, the new LEGO Mickey and Minnie Mouse buildable characters are crafted from over 1,700-pieces and are complemented by filmed-themed display stands and more. Head below for all the details, including when you’ll be able to add these iconic characters to your collection.

LEGO and Disney have only continued to collaborate together as the year’s gone on, first showcasing some new Donald Duck, Goofy, and Pluto BrickHeadz to start off the year. Now we’re getting yet another iconic duo assembled out of bricks, but this time, in one of the largest recreations to date.

Stacking up to 1,739-pieces, the upcoming Mickey and Minnie Mouse set enters as LEGO’s very first pair of buildable characters. This year has been headlined by the introduction of new buildable helmets, and now it looks like LEGO is taking that one step further for its first release depicting an entire character at this scale. And quite similar to those kits, this will be LEGO’s most recent set geared towards builders 18-years and older. 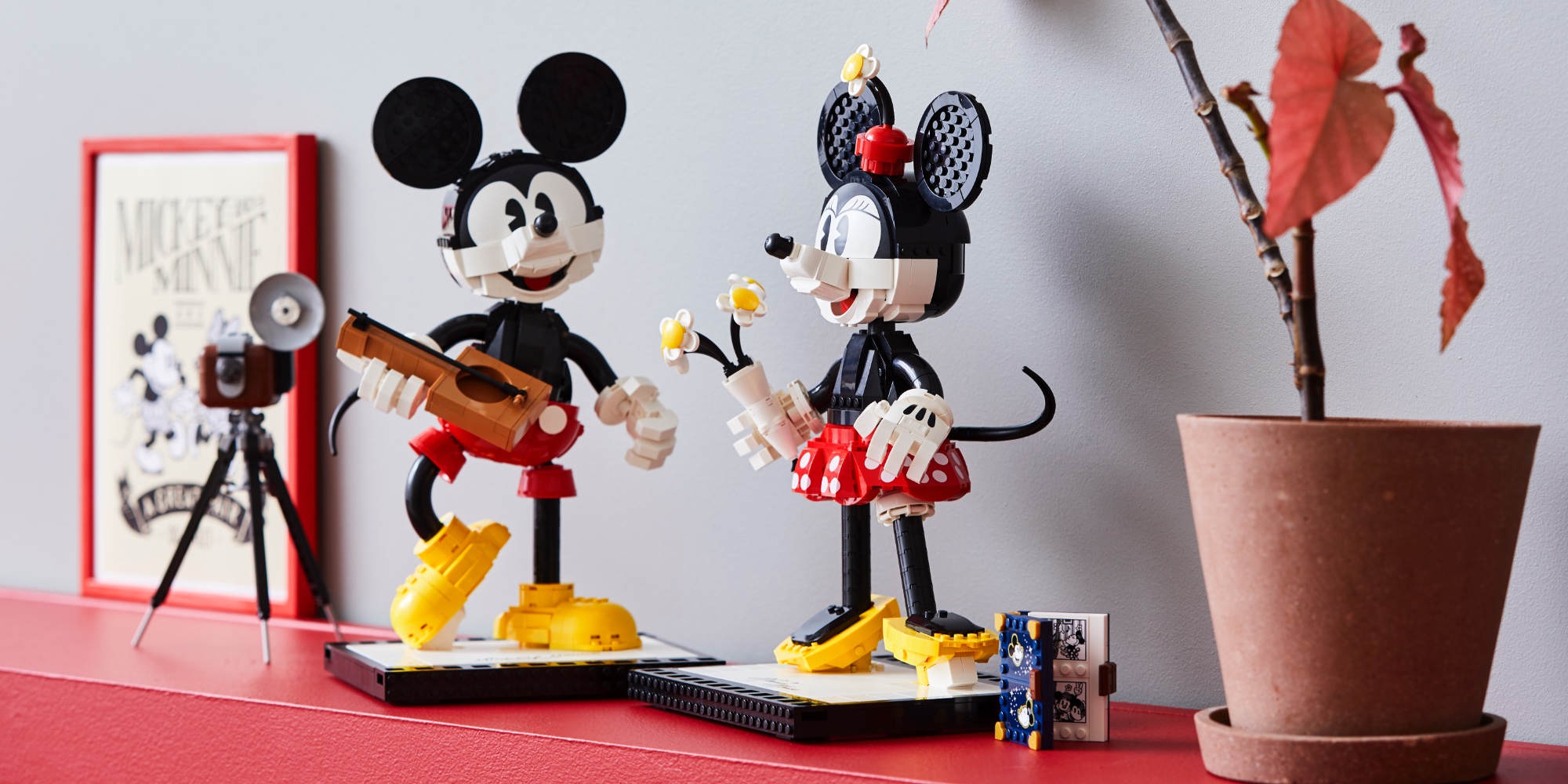 The Disney buildable characters stand around 14-inches tall, with Mickey just narrowly beating Minnie. Alongside both of the builds, there are plenty of accessories which add in the expected Disney charm including an old-timey camera, photo album, guitar, and more. LEGO completes the new Disney buildable characters with a display stand styled like a few frames of film that are complemented by autographs of the famous cartoons.

In order to pull off the signature look of both characters, LEGO has introduced some new elements for its latest kit. Most notably, there’s a new printed dish piece for both Mickey and Minnie’s eyes, as well as some new curved pieces for the arms. 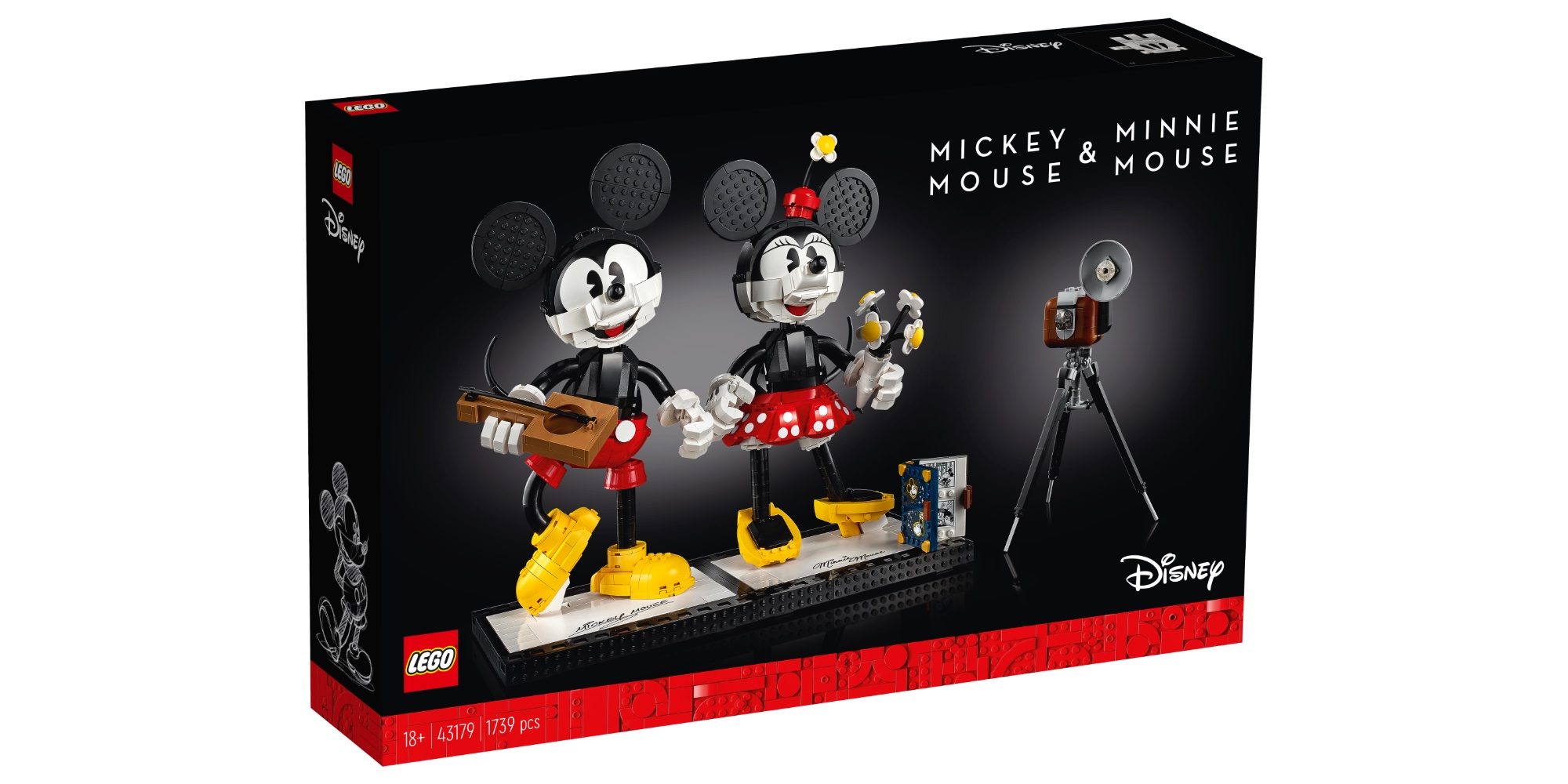 The new LEGO Mickey and Minnie set will officially be released on August 1. Pre-orders will be going live at the start of next month, giving fans a chance to lock-in their purchases on July 1. The Disney buildable characters will enter with a $179.99 price tag.

Aside from just how unique this set is, LEGO appears to have done a fantastic job at capturing the cartoony likeness of both Mickey and Minnie Mouse. That’s on top of forgoing the usual Disney tax, as the price tag is pretty solid for the amount of pieces included. All that is to say, I bet these will be immensely popular with Disney fans and LEGO collectors alike.