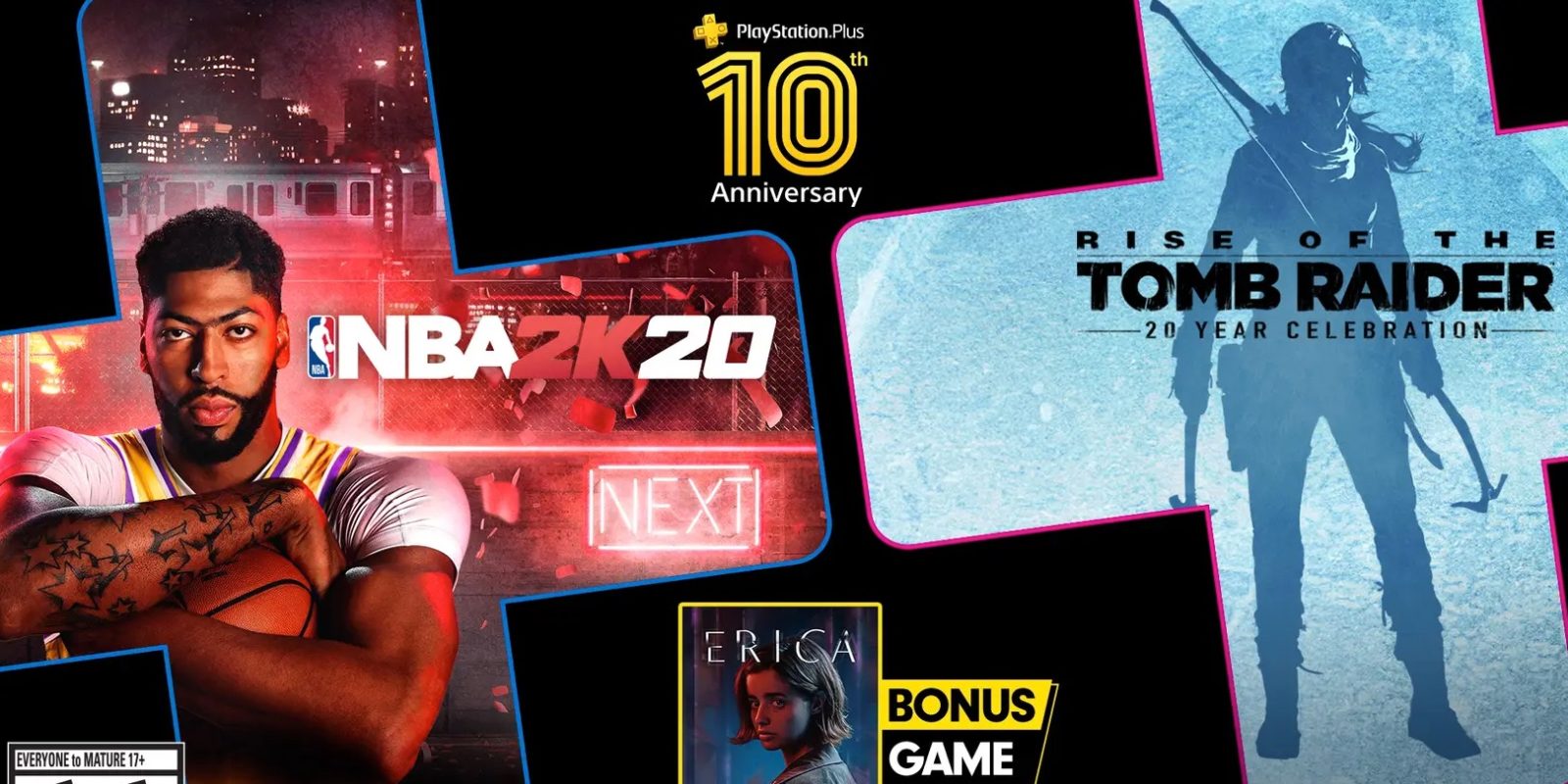 Sony is celebrating 10-years of its subscription service with an extra PlayStation Plus free game next month. PS Plus turns 10-years old today and to mark the occasion, Sony is offering up some extra goodies and a quick look down memory lane as part of this month’s usual free game lineup. Head below for all the details.

These three PlayStation Plus free games will be live on PSN from July 7 through August 3, 2020. That means you have another week or so to score last month’s freebies. These titles are only available to those with an active PlayStation Plus membership and we currently have one of the best prices of 2020 available on 1-year subscriptions.

Initially launching way back on June 29, 2010, Sony’s popular Playstation Plus service turns 10 today. After clocking in with more than 36 million members back in 2018, PlayStation Plus’ popularity has skyrocketed over the last few years. PSN was counting over 100 million active monthly users at the top of the year with more than 38.8 million of them claiming the two free games each month.

It’s been a memorable journey over the years, bringing gamers together and providing access to compelling content and exclusive discounts for our members. We wouldn’t be here without all of you, so as a thank you, we wanted to make this upcoming monthly games announcement extra special by adding a bonus game to our incredible lineup.

Here’s a quick infographic Sony released today as a sort of snapshot of PS Plus over the last decade, starting with the very first PS Plus game ever offered, WipeOut HD: 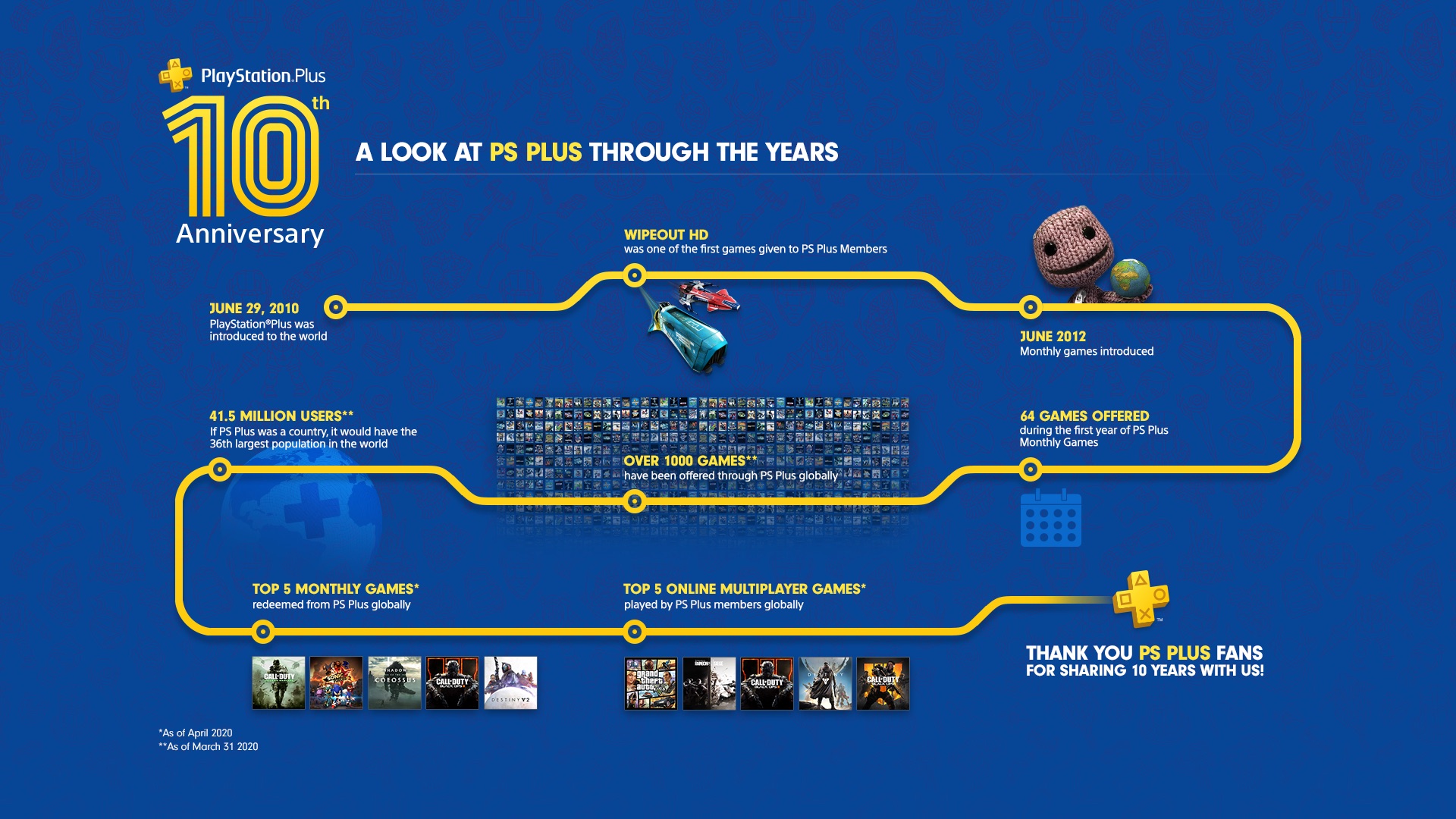 Sony will also be releasing a free PS4 theme later this week to commemorate the occasion. According to today’s blog post, it will only be available for a “limited time, so be on the lookout.”

One extra $10 game and a free theme don’t really seem like all that much for 10-years of dedication. With exorbitant profits being made on PS Plus membership fees alone, the offerings just seem a little bit stunted here. Either way, PlayStation Plus free games are always a good thing and we are indeed getting a couple of very brand name titles this month in NBA 2K20 and Rise of the Tomb Raider.