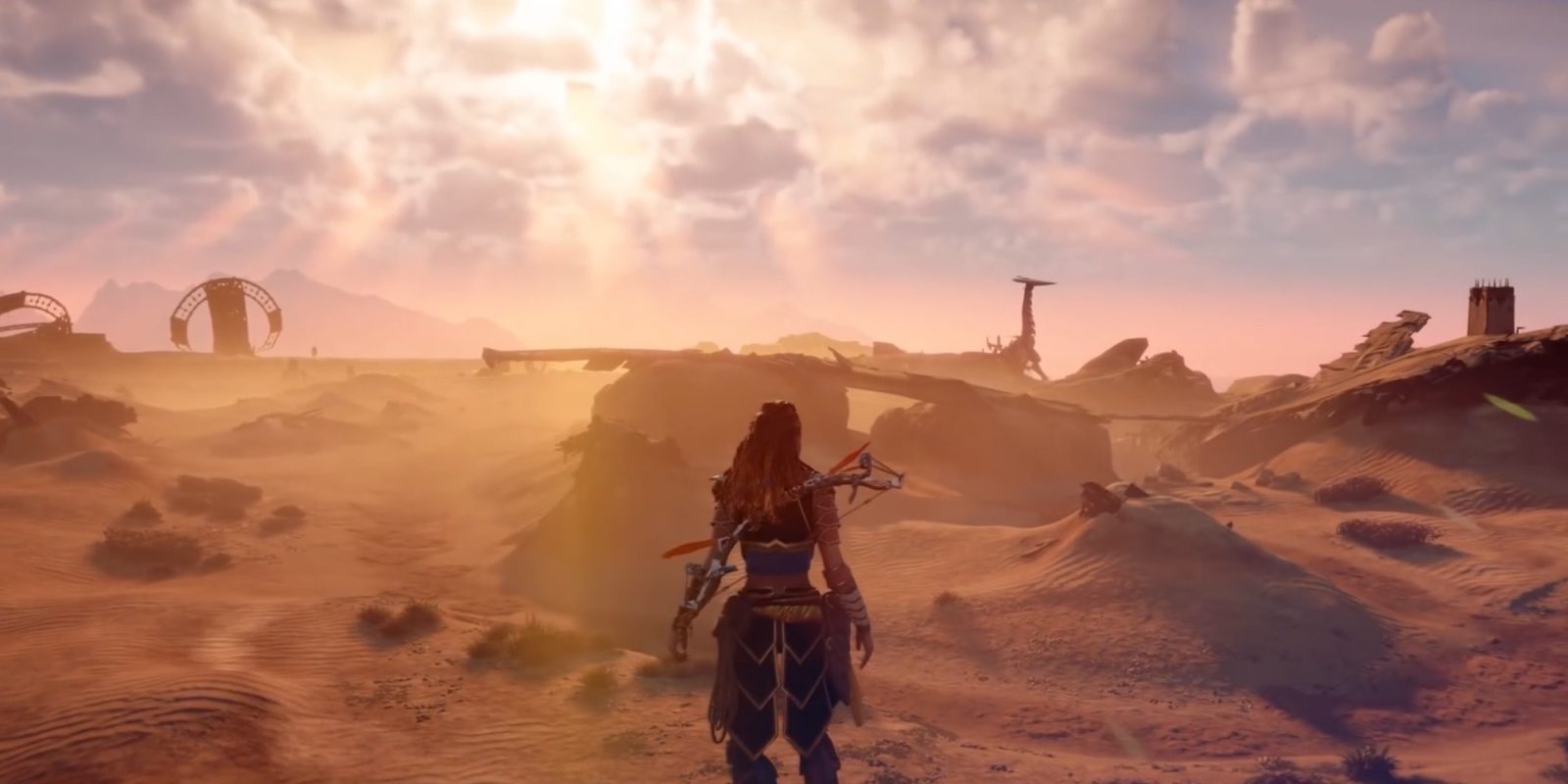 With a sequel to Horizon Zero Dawn slated for PlayStation 5 release in 2021, existing fans and newcomers alike will soon have a chance to enjoy the original with better graphics than ever before. We first got wind of an upcoming Steam debut back in March, but details were somewhat scarce and its release date was vaguely scheduled for this summer. A fresh Horizon Zero Dawn PC trailer has arrived and with it comes the confirmation of ultra-wide support, unlocked frame rates, improved reflections, dynamic foliage, and the list goes on. Continue reading to learn more.

When it comes to PlayStation 4 games, Horizon Zero Dawn was arguably one of the best-looking of its time. This still holds up, despite its PlayStation 5 sequel having recently been unveiled.

Thankfully a PC-equivalent of the original game is now closer than ever and a fresh trailer shows off an impressive graphics overhaul. From the looks of it, the upgrades here may give us the closest idea of what Horizon Forbidden West may actually look like.

The trailer showcases everything from unlocked frame rates to a new benchmarking tool. Sneaking through vegetation is going to look better than ever thanks to “dynamic foliage.” Even the water aims to take things to the next level with “improved reflections.” PC gamers can even use an ultra-wide display to keep an eye on more of what’s going on around them.

If you’ve already watched the Horizon Zero Dawn PC trailer above, you know that it is slated for release on August 7. Pre-orders are open now and pricing is set at $49.99. Given the fact that its PlayStation 4 equivalent can routinely be purchased for $15 or less, this admittedly does feel like a bit of a money-grab.

Despite having played Horizon Zero Dawn twice on PlayStation 4, I still decided to go back and unlock every single trophy in the game. While not entirely rare, I’ve only scored a platinum on roughly 10-15 games since the PlayStation 4 debuted back in late 2013.

Truth be told, If I owned a gaming desktop, the Horizon Zero Dawn PC trailer looks great enough to make me buy and play this game yet another time. This should serve as a testament to just how fun I found it to be. If you’re like me and don’t own a gaming PC but have a PlayStation 4, I still recommend giving this game a shot.