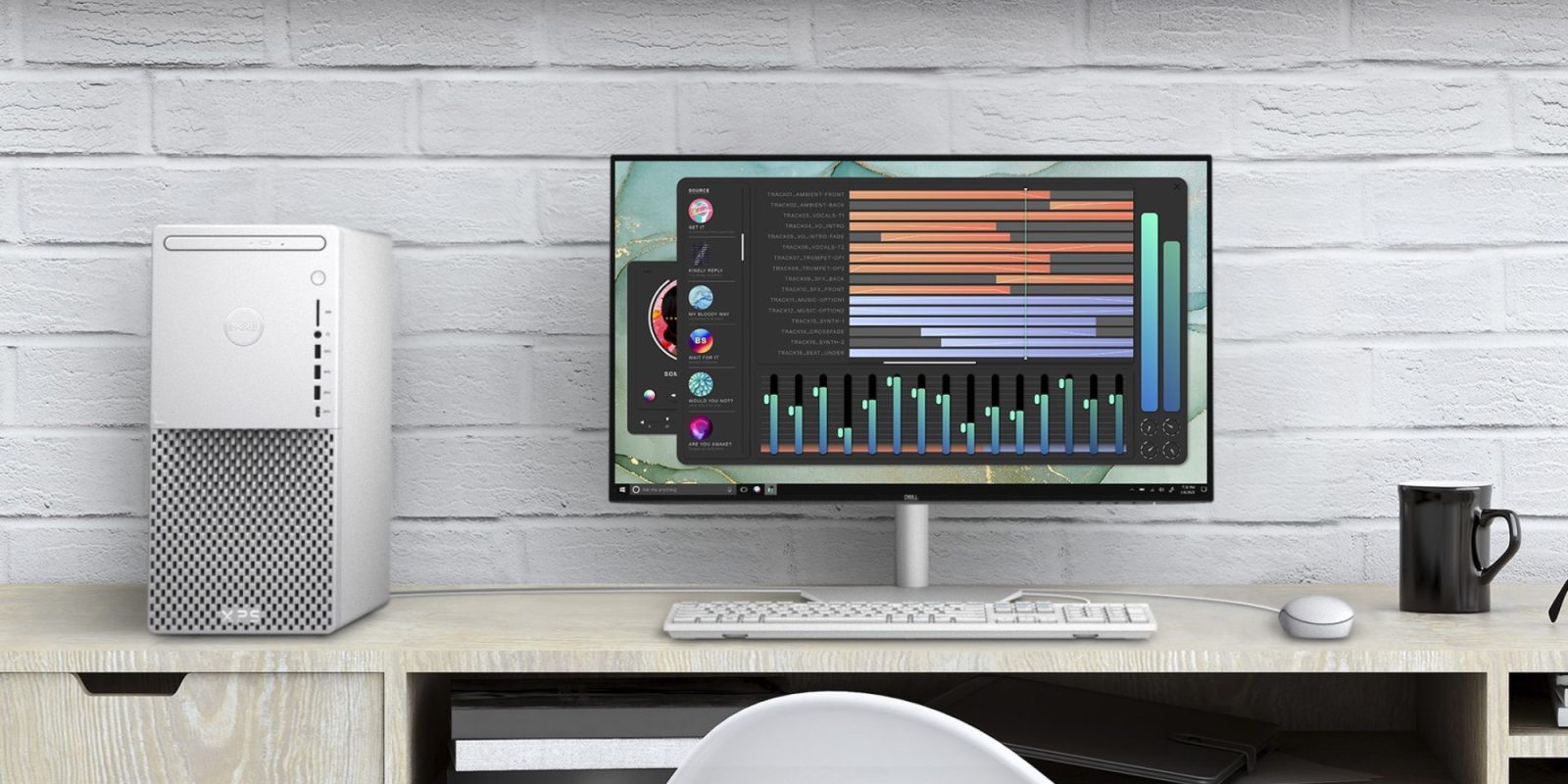 Today, Dell is launching its latest workstation upgrade in the form of a refreshed XPS Desktop. Sporting a new design alongside a series of under the hood improvements, you’ll find Intel’s 10th Generation processors leading the way alongside plenty of I/O and more. Head below for all the details on the Dell XPS Desktop, including pricing, availability, and more.

The latest addition to Dell’s refreshed stable of computers completes the lineup of new releases that we’ve seen throughout 2020 so far. While the XPS laptop roster was supplemented with a 17-inch model back in May, today we’re getting a refreshed offering in the desktop PC department.

Compared to past installments in its XPS Desktop releases, the latest version provides a notable facelift in the looks department. Everything is housed within a slightly smaller casing than before, and there’s a more stylized design that stands out from the brand’s more simplistic offerings. There’s also a larger air in-take vent in the front, which provides some Mac Pro-esque vibes with a geometric pattern covering the fans.

Looking inside the new Dell XPS Desktop reveals even more upgrades, headlined by the inclusion of Intel’s 10th Generation processors. Specs vary depending on which configuration you spring for, with the entry-level model rocking a Core i3-10100 processor and 8GB of DDR4 RAM. Regardless, customization is the name of the game across the board.

You can outfit the XPS Desktop with either NVIDIA’s GeForce RTX 2070 Super or AMD’s Radeon RX 5700 XT GPUs, which will in turn pair with either a 360W or a 500W power supply. There’s also the option to opt for a SATA drive or upgrade to an NVMe M.2 solid-state offering. RAM support maxes out at 128GB, and you’ll benefit from a pair of both hard drive and SSD slots.

Dell isn’t skimping out on the selection of included ports this time, either. Along the front of the XPS Desktop, you’ll find three USB 3.1 and a single USB-C port alongside a headphone jack and an SD card slot. Then around back, there’s HDMI and DisplayPort, four USB 3.0, Gigabit Ethernet, and more. Three PCIe expansions round out the Dell XPS Desktop’s features.

The new refreshed Dell XPS Desktop is now available from the brand’s online storefront and starts at $650 for the baseline configuration. From there, you’ll find quite a few customization options to soup up the machine to your liking. The highest-end model clocks in with a $1,000 price tag before personalizing specs, which fits in with a similar pricing scheme to Dell’s other new XPS releases this year.