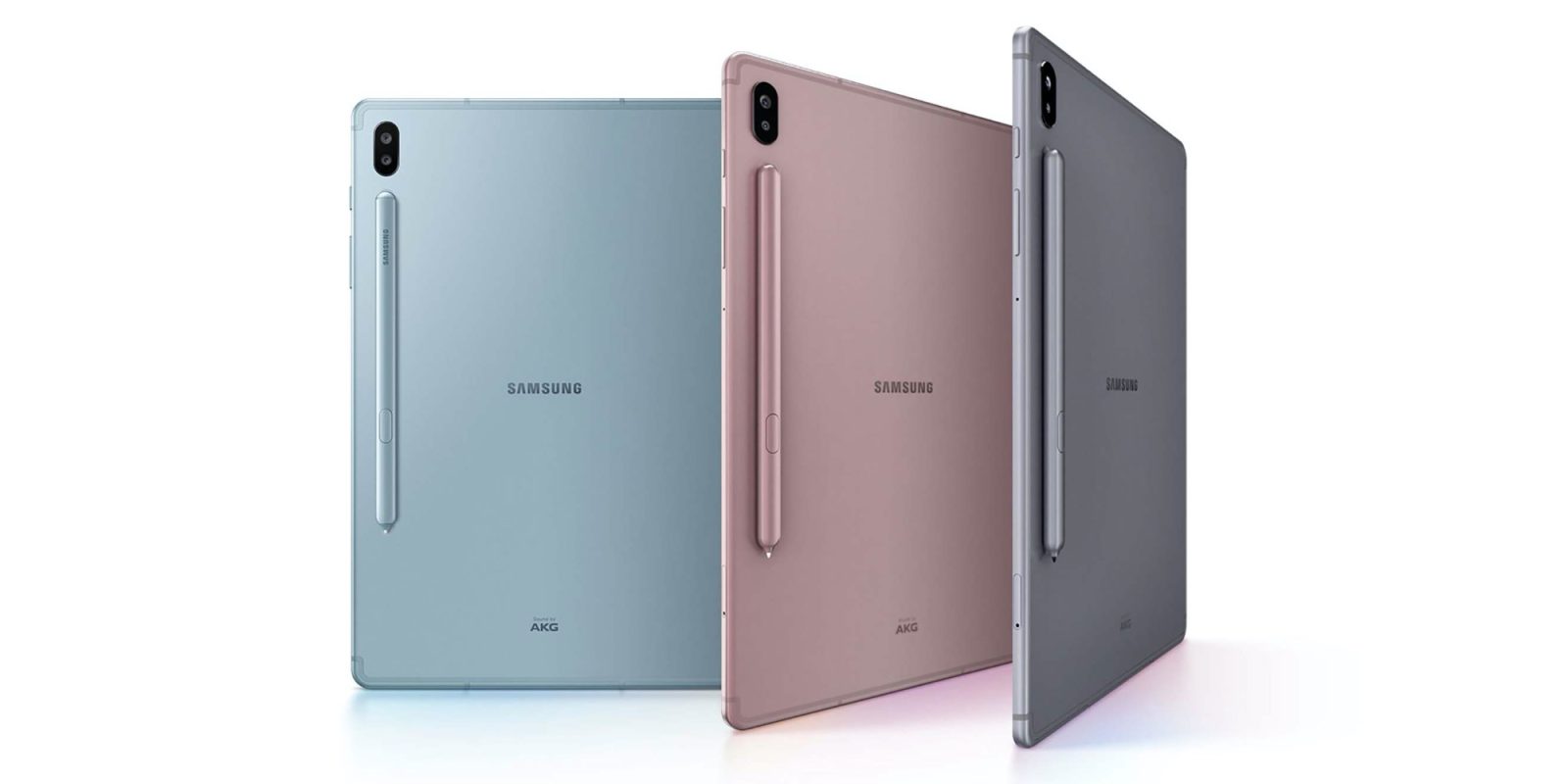 Amazon is currently offering the Samsung Galaxy Tab S6 10.5-inch Tablet 256GB for $599.99 shipped. Also available at B&H. Down from its $730 going rate, today’s price cut amounts to $120 in savings, matches our previous mention, and is the second-best we’ve seen to date. Step down to the 128GB model for $529.99, which is $130 off its going rate and an Amazon low. Samsung’s Galaxy Tab S6 packs a 10.5-inch AMOLED display with a built-in fingerprint sensor and support for the bundled S-Pen. DeX compatibility means this tablet is just as ideal for using as a full-blown PC at a desk as it is for kicking back and watching your favorite TV shows. Over 1,100 customers have left a 4.6/5 star rating and you can learn more in our launch coverage. Find more details below the fold.

Protect your new tablet by picking up Samsung’s official S6 Book Cover for $46 at Amazon with some of your savings. This cover offers nearly 360-degree coverage of the Galaxy S6, keeping both the screen and rear casing from being scratched and the like.

If you’d rather go all-in on a portable workstation machine, this afternoon we spotted an all-time low on Acer’s compact Chromebook 311, which has dropped to $230. LG’s unlocked G8 ThinQ Android smartphone is also on sale, with a $250 discount bringing the price down to $500.

Complete tasks with ease while on the go by using this Samsung Galaxy Tab S6 tablet. The included intuitive S Pen lets you take and edit notes for a smooth work experience, while the magnetic technology makes storage and charging easy.