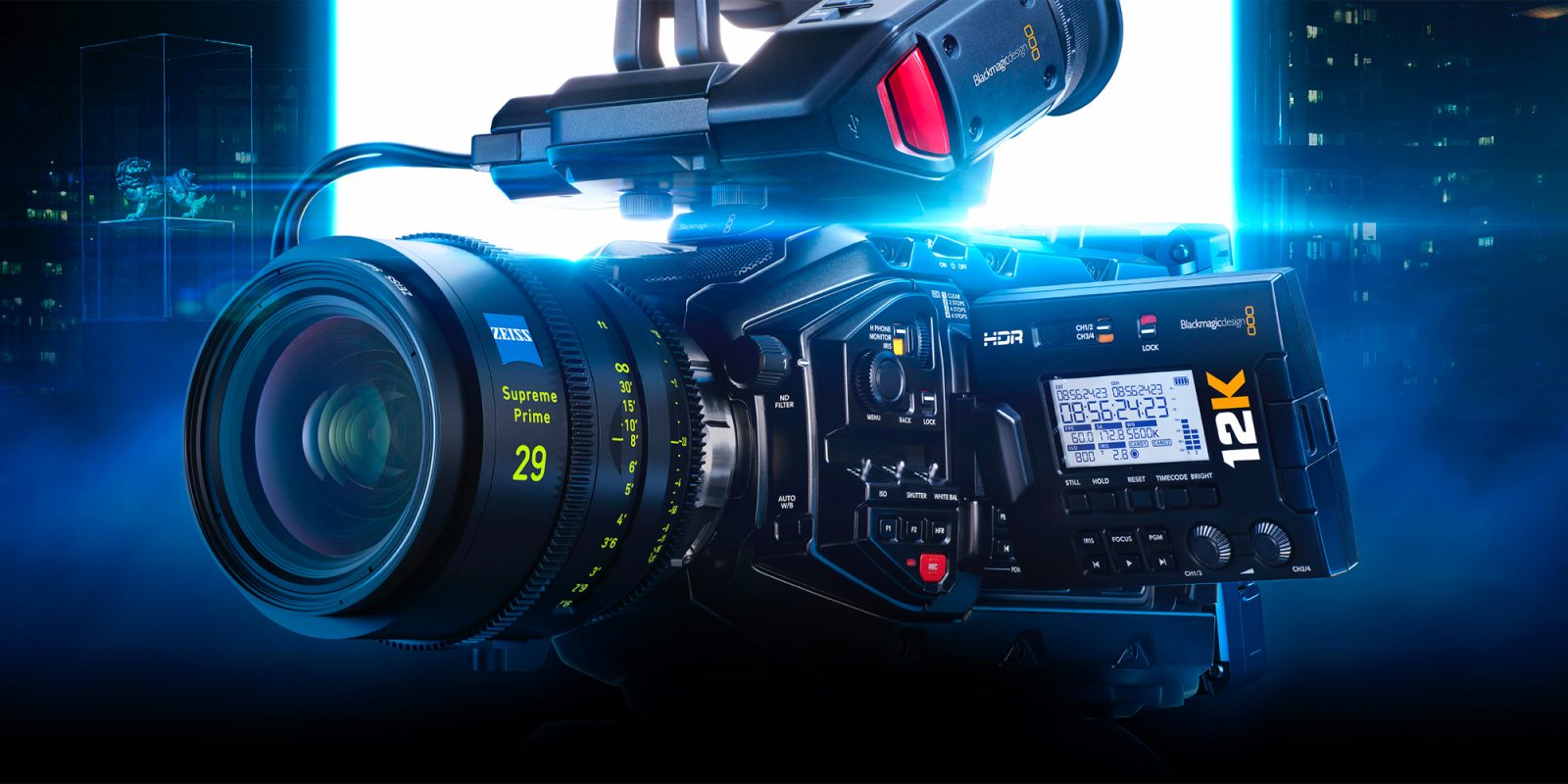 Blackmagic is well-known around here for its (relatively) budget-friendly cinema cameras. While RED charges upward of $55,000 for some camera bodies, Blackmagic has models that are much more affordable for those wanting to shoot with something higher-end than a DSLR but aren’t quite ready for cinema-level gear. Well, the latest from Blackmagic, the URSA Mini Pro, offers something that, really, nobody else can even begin to claim: 12K 60FPS recording. That’s right, the URSA Mini Pro records 12K footage — and it can even be edited on a laptop.

Yeah, you read that headline right. Let’s start off by talking about the absolute insane specs that the URSA Mini Pro packs. It has the ability to record 12K at up to 60FPS, which is mind-boggling in and of itself. But the brain explosions don’t stop there. The 12K footage that this camera record is also in 12-bit RAW, which gives you insane control over color depth and clarity when post-processing your videos. You’ll also find the ability to record 8K at 110FPS and 4K at 220FPS here, which delivers super slow-motion at extremely high quality, something that many cameras just flat-out can’t do.

12K RAW footage that a laptop can handle?

Yeah, you read that right too. Blackmagic touts that you can “Shoot in 12K, edit on a laptop.” The URSA Mini Pro 12K sensor utilizes Blackmagic RAW and they were designed to be used together to make 12-bit RAW workflows in 12K completely “effortless.” This new next-generation codec delivers 12K footage that can be edited on a laptop easily, should you use DaVinci Resolve from Blackmagic. While I didn’t believe this after reading the words on Blackmagic’s website, filmmaker Patrick Tomasso downloaded a sample clip from Blackmagic and edited it on his 2015 15-inch MacBook Pro flawlessly, which is quite a feat for a 5-year-old computer. Blackmagic is also bringing this sorcery of a codec to its 8K and 4K formats as well, giving you the ability to handle this intense footage without having to drop $50,000 on Apple’s spec’d out Mac Pro. 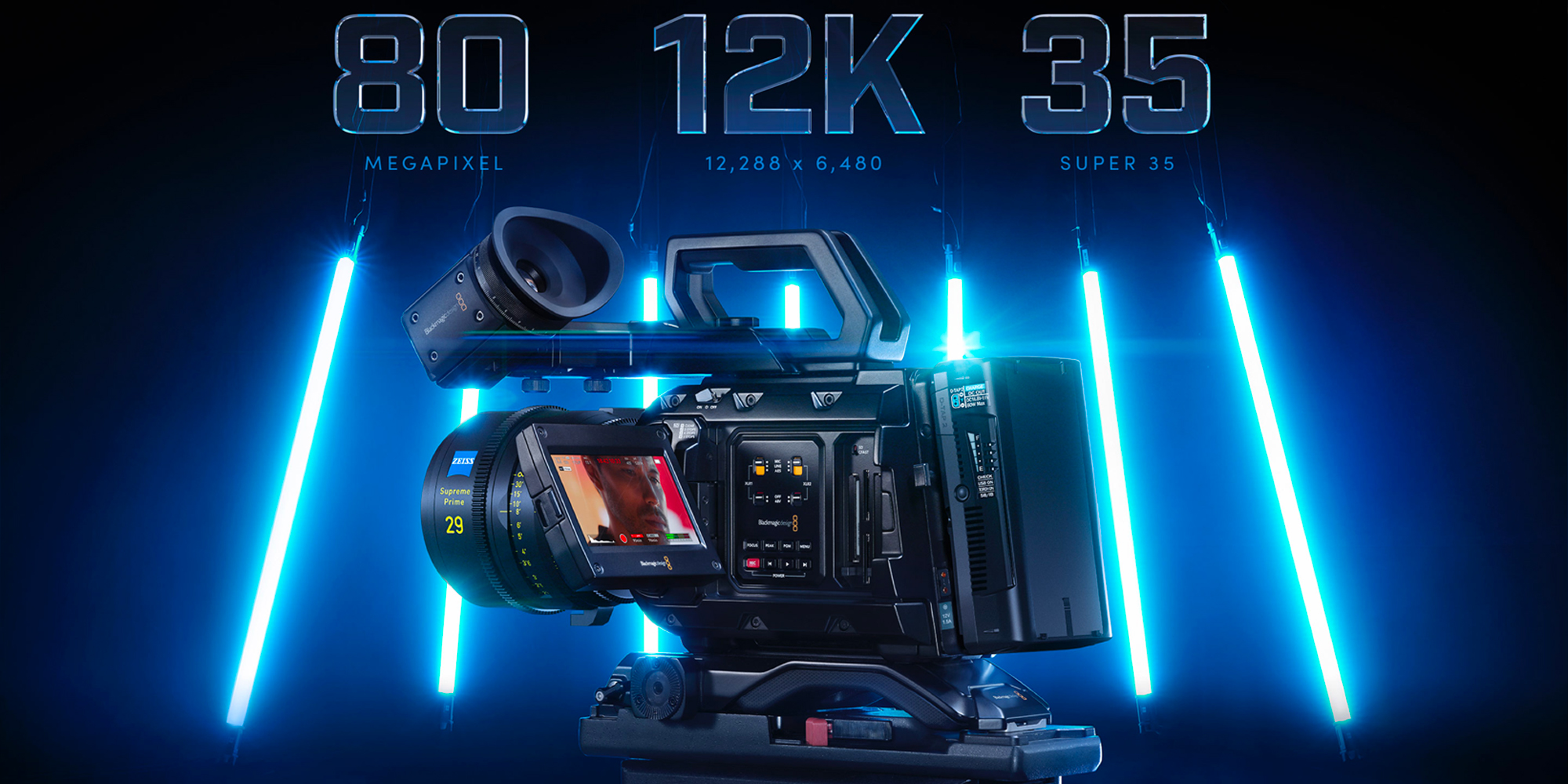 Reframe and deliver in 8K or 4K by shooting in…12K?

While you might think 12K is a bit overkill since we don’t even have a 12K TV, let’s take a step back here. Just like when 4K and 8K were first released, this isn’t designed to just shoot a video and upload it to Facebook. Blackmagic’s URSA Mini Pro is designed to be used by professionals in high-end workflows. Shooting in 12K gives the ability to zoom in quite a bit on the RAW footage and export at 8K or 4K without losing any clarity at all, giving the illusion of a multi-cam setup with just a single camera body.

Shooting in 12K also future-proofs content, as videographers and cinematographers that utilize this technology will be ready to deliver their movies and videos in 8K and 12K, meaning they’re prepared for what lies ahead with content before it even arrives.

While the RED Monstro 8K camera costs a whopping $54,500, Blackmagic’s URSA Mini Pro which records in 12K costs just $9,995. Sure, that’s expensive, but it’s not that expensive when you think of everything this camera is capable of. RED doesn’t even offer a 12K camera, and the Monstro 8K can only record 240FPS at 2K, not 4K like what Blackmagic offers.

Will Blackmagic take over the cinema space with the URSA Mini Pro? Probably not. At least, not yet. RED is still one of the most widely-used cinema cameras on the market, and it won’t be easy to dethrone the king. But, with features like 12K RAW 12-bit recording that can be edited on a laptop? 4K DCI 220FPS RAW? I mean, Blackmagic is well on their way to solidifying their place as the go-to camera manufacturer for just about every cinematographer out there. Plus, with the price of under $10,000, filmmakers can put five URSA Mini Pro cameras on their set and have another $5,000 leftover before they even bought one RED Monstro 8K.