With San Diego Comic-Con originally having been scheduled for this week ahead of its shift toward an online showcase, Hasbro is debuting a series of new collectibles for Star Wars fans. Headlined by a lineup of retro-inspired figures and vehicles from its Vintage Collection, upcoming releases include a Smuggler’s Run Millennium Falcon alongside iconic characters from The Empire Strikes Back and Return of the Jedi, and 501st Legion Arc troopers. Head below for a look at all of the new releases and to find out when you can add them to your collection.

Much like we’ve seen from LEGO recently with its shift toward releasing kits for older fans, Hasbro’s latest unveils aren’t just for any Star Wars fan. Entering as new releases in its Vintage Collection, you’ll find packaging that bears art and iconography inspired by the original Kenner toy line. So fans of a galaxy far, far away who grew up with the 3.5-inch figures will be right at home with Hasbro’s unveils.

The most enticing of the new releases falls to the upcoming Smuggler’s Run Millennium Falcon. The fastest ship in the galaxy has seen plenty of versions, and subsequently plenty of toy releases over the years. This iteration is inspired by Galaxy’s Edge at Disneyland and comes with plenty of details from the attraction. Given this is more of a collectible than a toy, this Millennium Falcon should look just as good on display as its nostalgic packaging does.

Launching as a Target exclusive, the Smuggler’s Run Millennium Falcon enters with a $400 price tag and will be available on August 30. You can pre-order it now if this will end up being a must-have for your collection.

Hasbro is also releasing some more of its iconic 3.5-inch figures with much the same collectibility as the Smuggler’s Run Millennium Falcon. With the Clone Wars just ending earlier in the year, the new 501st Legion Arc Troopers are sure to be a fan favorite. This $50 pack of figures includes three Clones (Echo, Fives, and Jesse) decked out in their signature blue 501st designs. 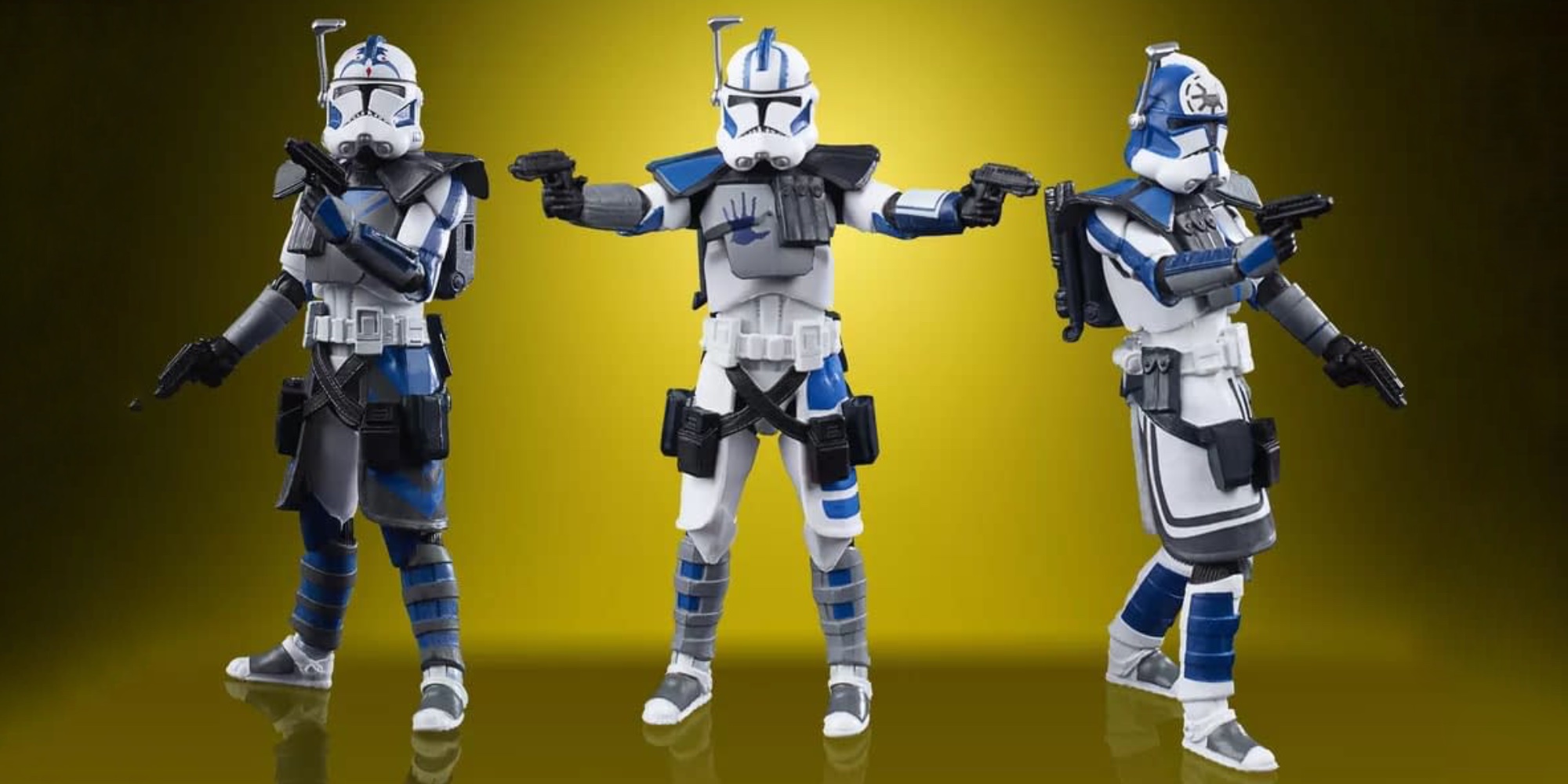 Hasbro gives some love to the Original Trilogy, too

For fans of the Original Trilogy, Hasbro isn’t holding back, either. The Empire Strikes Back is getting some love with a new Black Series Wampa figure, which stands 6 inches tall. Then on the Return of the Jedi front, Hasbro has a batch of Star Wars figures from Endor. Most notably, the Heroes of Endor set includes Luke Skywalker, Han Solo, and Leia Organa in their camouflaged outfits from the end of the film. Fans will also be able to bring home an Ewok and speeder bike set.

All of the figures will be available exclusively on Hasbro Pulse starting in September. Each one reps the excepted nostalgic packaging as you’d expect from Hasbro’s Vintage collection. And for even more collectibles from a galaxy far, far away due out later this year, check out all of the upcoming Star Wars LEGO kits from the Clone Wars, Galaxy’s Edge, and more.