The home automation sector of consumer technology continues to grow and generally improve, as more devices gain “smart” functionality. We’ve seen a number of products enter the fray during Q4 of 2014, but it’s yet to be seen whether any one company is ready to bring it all together in a truly mainstream way. While we continue to wait on Apple HomeKit-compatible devices, we had the opportunity to spend some time with products from SmartThings, a Washington, DC-based company that promises an “easy, open and limitless” smart home experience.

Our kit of choice during the review process was the Smarter Home Start Kit, which typically runs around $300 online. We found the initial setup to be fairly easy, with the accompanying iOS app serving as a step-by-step guide throughout the process. It all starts with connecting the SmartThings Hub to your router and individually pairing each sensor with your system. In the beginning the pairing process must be done within 10 feet, with a promised range of 50 feet after setup. 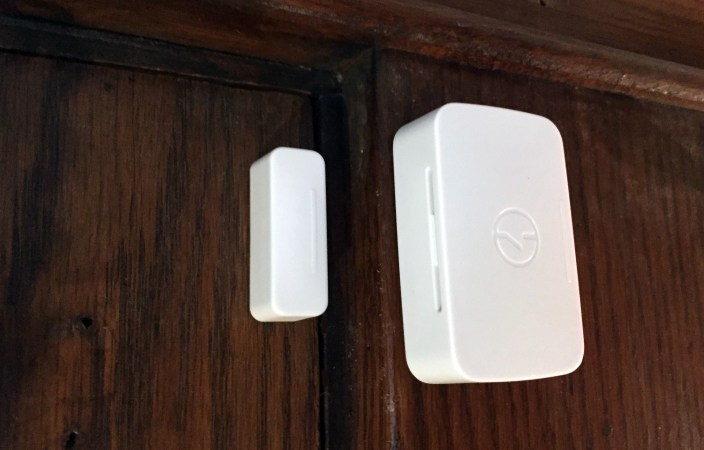 SmartThings offers a wide variety of sensors, depending on your needs. The SmartSense Open/Closed Sensor attaches to most doors or drawers; it serves as a way to activate other smart devices in your home when you arrive or depart, but also keeps track of entry into certain spaces or drawers. For example, if you have small children in your home, this would be a good way to keep track of access to a medicine cabinet, gun chest, or liquor collection. During testing, we used the sensor on our doorway, though living in an 1860’s-vintage home, the large moulding around the door at times caused the sensor to not fully activate when a door was open or closed – a result of the difference between the two sensors. Often times our doors were labeled as being “open” even though they were closed. However, on cabinets and other more flush doorways it worked as described, which would be more typical of modern homes. 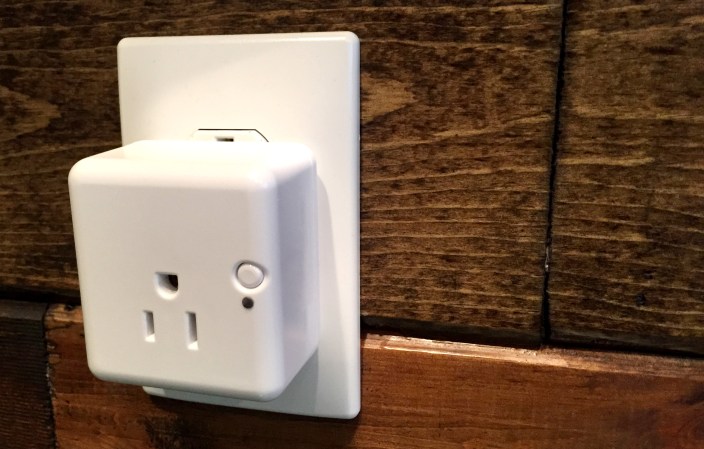 One of the defining features of a whole-home smart setup is the ability to automatically create a welcoming environment when you arrive home. By using the SmartPower Outlet to trigger lamps in our home, our living space was auto-illuminated most times when we arrived home. This feature functioned as expected, only leaving us in the dark a handful of times during our testing. Triggered by the Presence Sensor that was attached to our keys or via the geofencing that we set up on the iOS app, SmartThings would recognize our arrival and make the proper adjustments, in this case lighting our home. The geofencing capabilities of the Presence Sensor and iOS app also make for a nice way to track who leaves and enters your home on a daily basis; this would be particularly helpful with children that arrive home by themselves after school or teenagers home alone. Another useful feature of the presence sensor is the ability to set off an alarm via the iOS app to find lost keys. A simple beeping noise plays from the sensor in this instance. 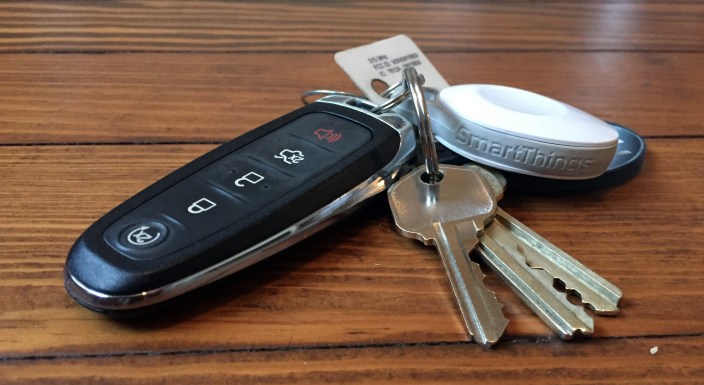 SmartThings proudly proclaims that its “easy, open, limitless” platform is a great entry point into the world of whole home automation. Because it makes such an effort to be open, it has created a system that allows for many third-party devices to speak to each other with SmartThings acting as the translator. Utilizing the SmartThings lab, which is where products are in beta testing for full compatibility, we were able to connect our Phillips Hue lightbulbs and Sonos audio system into the loop. This cross-device support offers a number of ambience customizations that can create the exact environment desired when you arrive at home. Additionally, many of the features of these devices can be manipulated within the app. When adding If This Than That to the system, controlling a Nest Thermostat, WeMo switch and other devices becomes a possibility as well.

The included iOS app acts as the control panel for the whole system. While it is a nice guide for initially getting started, we found it to be a bit overwhelming once everything was up and running. All told, we had 13 Things connected to our system, and controlling them individually ultimately seemed like overkill. SmartThings truly shines once your individualized system is set up, working much better as a “set it and forget” system than a remote for every action that you want to accomplish. 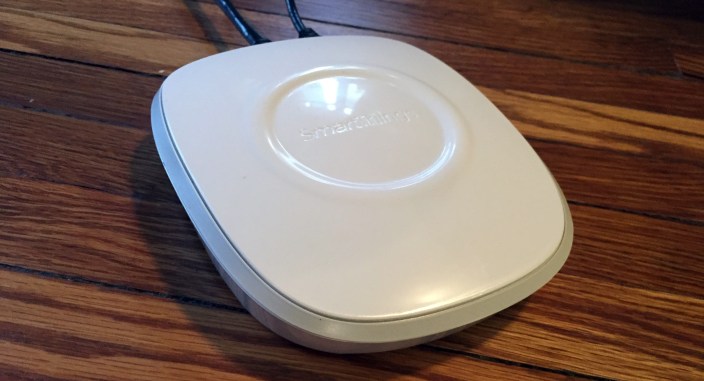 Like many competing home automation systems, SmartThings still has some streamlining work left to do. But it also deserves kudos for its willingness to be open to as many devices that are willing to be a part. Perhaps Apple’s HomeKit will serve as a better medium for bringing all the smart devices together, but until then SmartThings is a formidable option for taking control of your home. The question at this point is whether you are willing to shell out the required money to join the party? Our setup ran $300, but didn’t cover all of our doorways and lamps in our homes; it would cost upwards of $600 to accomplish that. SmartThings offers a wide variety of sensor combinations for a customized setup, but you’ll pay for them.

The bottom line: SmartThings works well, and like everything in Internet-connected home automation, it continues to evolve. It is a great system that certainly makes for a nice addition to a home, but it’s up to the individual consumer to judge whether the convenience is worth the price.