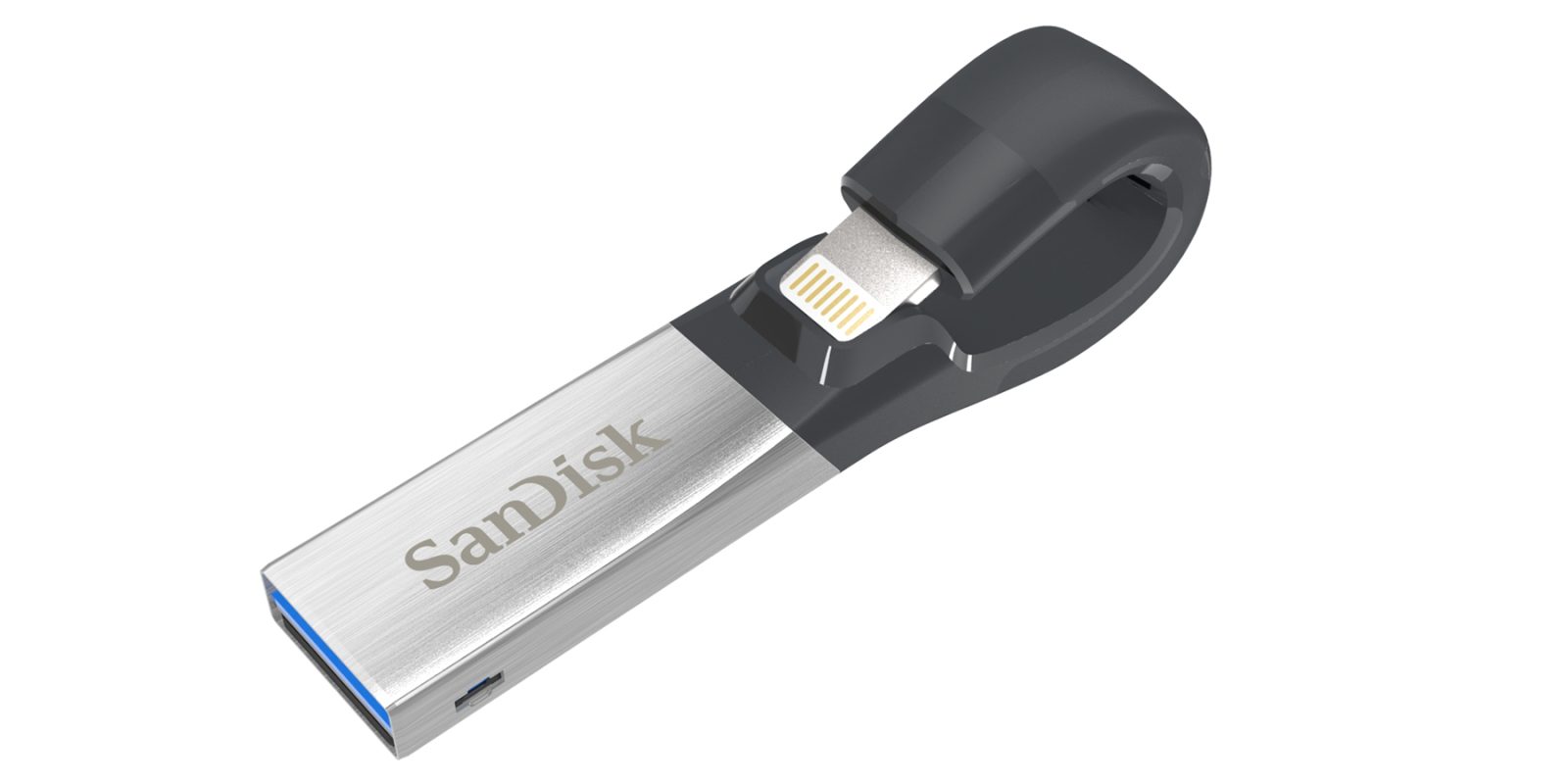 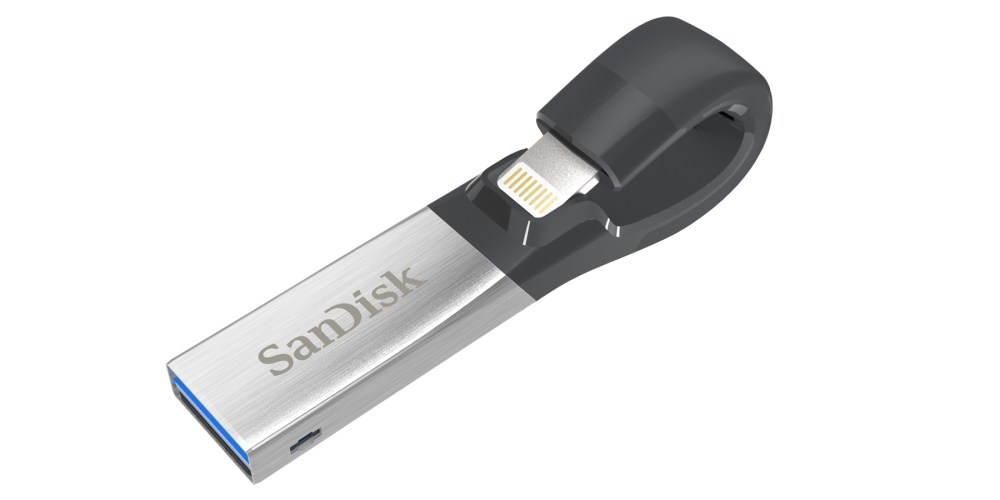 SanDisk has announced an updated version of its iXpand Flash Drive for iPhone and iPad with integrated Lightning connector. Along with a more compact design, it also received a significant speed boost thanks to the addition of USB 3.0 connectivity.

The new iXpand Flash Drive can instantly add up to 128GB of removable storage to your iPhone, iPad or iPod. That added space can be an absolute lifesaver if you need to free up room to install an over-the-air update or record 4K video…

The new iXpand Flash Drive is much smaller than its predecessor, closely resembling a traditional USB flash drive. The slimmer design looks to be a definite improvement, but the real highlight for us is the jump from USB 2.0 to 3.0. This upgrade will help you transfer files to your Mac or PC at a much faster rate. SanDisk has also launched an updated mobile companion app:

Giving users the option to save space instantly, the app now has a camera function so users can shoot and save photos or videos directly to the drive instead of on their iPhone or iPad.  The app also allows users to automatically back up content from popular social networking sites, as well as play back music within the app.

Aside from its Pro lineup of iPads, all other Apple mobile devices are still (ugh!) available with 16GB of storage. The low(er) price point of these devices is attractive, but after syncing apps and taking a few pictures, there isn’t any free space left for everyday tasks. The iXpand Flash Drive allows you to offload large media files, freeing up valuable on-board storage. When the original iXpand was released in 2014 it was one of the first to market, but over the past few years Lighting flash drives have become pretty common with prices dropping to budget levels.