Review: TiVo Bolt+ would be a TV-enthusiast’s dream DVR if the cable companies would just get out of the way 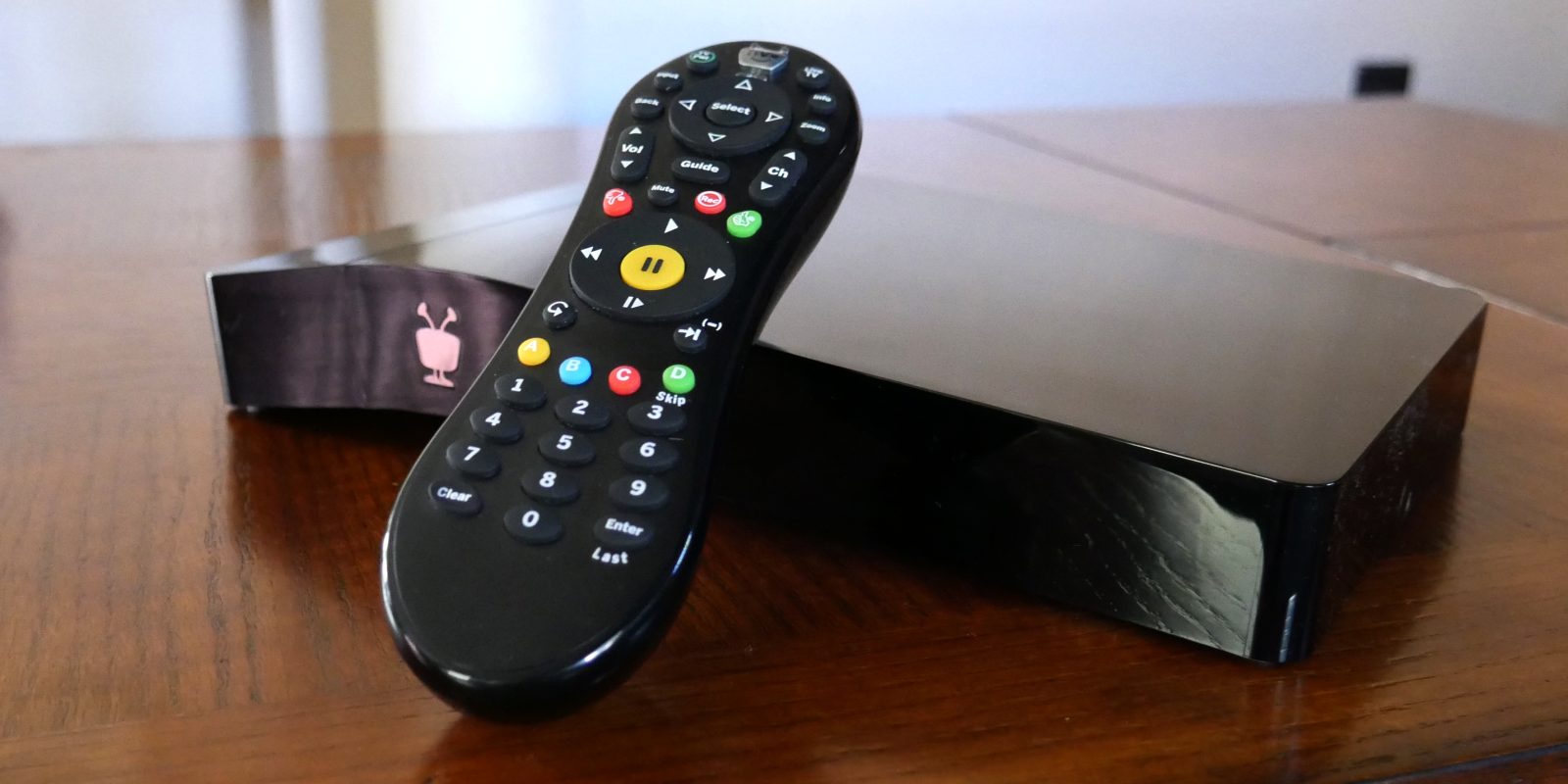 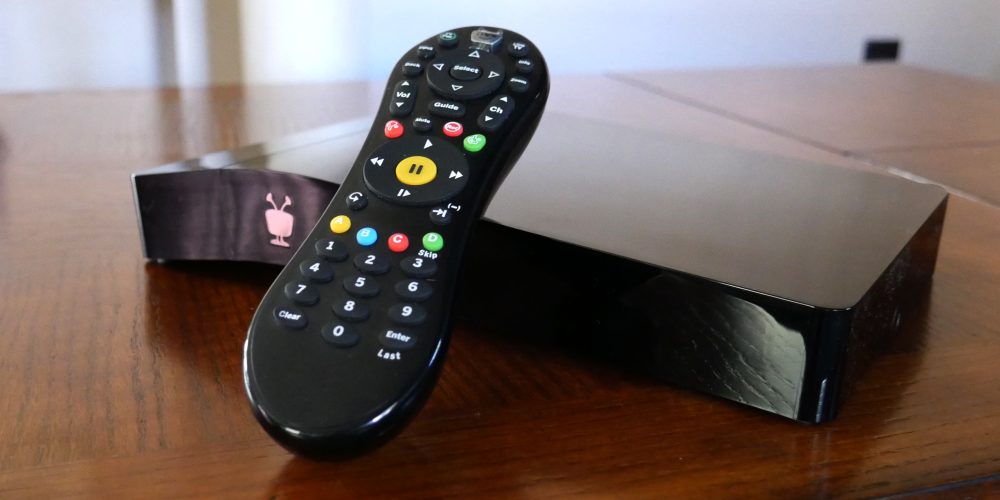 Back in September, TiVo introduced the Bolt+ DVR, perhaps the most luxurious set-top box ever created. With a monstrous 3TB hard drive, 4K and six tuners, it staked its claim as the king of the hill. TiVo maintained the sleek design of the previous generation despite upping the price tag to $499. Over the last month, I’ve lived with the Bolt+ as my everyday DVR and now it’s time to share some thoughts. Does TiVo’s high-end feature list justify the price tag? Head below to find out…

It’s been two full generations of products since I’ve been in the TiVo ecosystem. In that time, I’ve wandered through the likes of the Hopper, Genie, Comcast’s X1 and a terrible Time Warner DVR. To say that I was anxious to see how the Bolt+ stacks up is an understatement.

TiVo has always stood tall with its impressive software and search functionality. While other providers have spent significant resources focusing on smartphone features and multi-room capabilities, TiVo continually invested deeper into its season pass features. I’ll jump into the software aspect in a moment, but first lets look at the arduous process of adding this DVR to my setup.

One area that has plagued TiVo’s lineup in recent years is the advent of set top boxes from mainstream content providers. This means adding a TiVo to your current cable or satellite contract can be downright difficult. In my instance, it took two FedEx packages from Time Warner and three calls to technical support. A separate ARRIS USB signal decoder (with power supply) and a CableCard were required to bring service to my Bolt+. Of course, I had to keep my existing DVR to maintain the discounted pricing in my contract. So from the start, my cable provider made it difficult to bring a Bolt+ into the mix. This isn’t a slight against TiVo in the least bit, it’s more of a complaint against service providers trying to lock you into their own devices.

The Bolt+ continues the trend of requiring a subscription to TiVo’s service plan. This cost is in addition to any fees your provider may (likely) impose with this DVR. You can opt for a month-to-month plan at $15, full year at $150 or TiVo’s all-in service plan for $550. That means the Bolt+ could cost upwards of $1,050 before you even factor in your cable subscription. While that is likely to be a deterrent for some, let’s dive into the features before making a final conclusion. 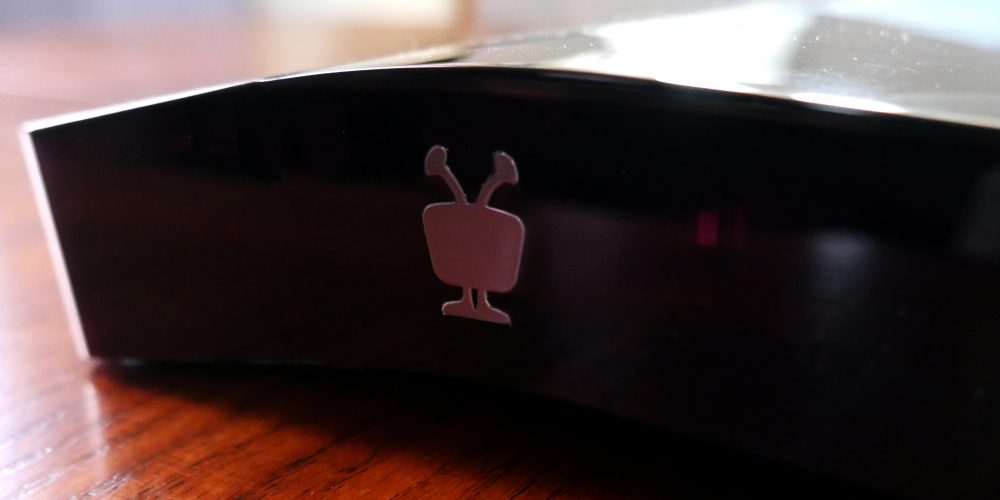 TiVo recycled the original Bolt design on its newest DVR, with the only change being its black casing. Most of the real evolution occurred on the inside. TiVo claims that Bolt+ is “33% smaller” than competitors in this category. While I can’t speak to that specifically, it certainly takes up less room than my Time Warner set-top box.

On the back is a coax connector, optical audio out, 3.5mm jack, HDMI 2.0 port, gigabit ethernet, dual USB 2.0 ports, an eSATA connector and a spot for the 12V power supply. A tiny button resides off the left that triggers the remote finder feature. Flipping the Bolt + over reveals a hidden door that covers the CableCARD slot. You’ll note that this model does not support OTA signals (but the original Bolt does). The built-in tuner can handle up to six shows at once, up from four on the previous generation. 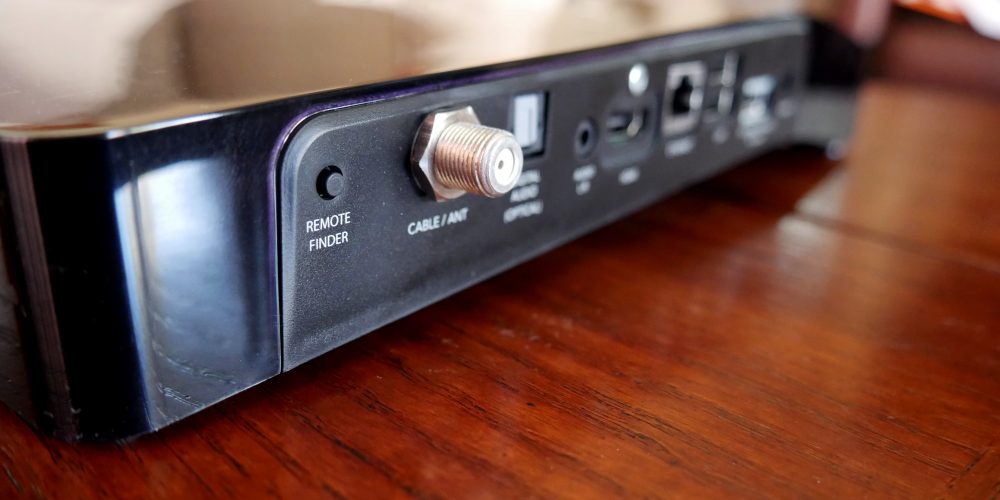 It is anchored by a 3TB hard drive inside that can store up to 450 hours of HD footage. For comparison, DirecTV’s Genie can only hold 200 hours. TiVo has upped the internal processing power significantly over the previous generation with three times the processing power and DDR memory.

Of course, your DVR experience isn’t complete without a solid remote. TiVo includes a color-coded ergonomic remote that is full-featured but doesn’t overwhelm. Given the price tag here, I would’ve expected something with a bit more flash but it gets the job done. Menu and TV controls are at the top while playback and channel selection reside in the lower-third. The remote has an excellent tactile feel to it, which is a welcome feature. TiVo does an excellent job of matching features shown on-screen with corresponding colors on the remote.

TiVo’s robust software has always been the cornerstone of its product line. While hardware comes and goes, it’s the top-grade search functionality and features that have sustained this brand for many years. Thankfully, we can say that this trend continues on the Bolt+.

One of the calling-card features from TiVo in 2016 is its ‘Unified Entertainment System’. Like most consumers, I’m a subscriber to other streaming services in addition to cable. Before the Bolt+, I had to switch between my Apple TV or Xbox One to enjoy content from Netflix and the like. TiVo brings that all together into one streamlined experience. 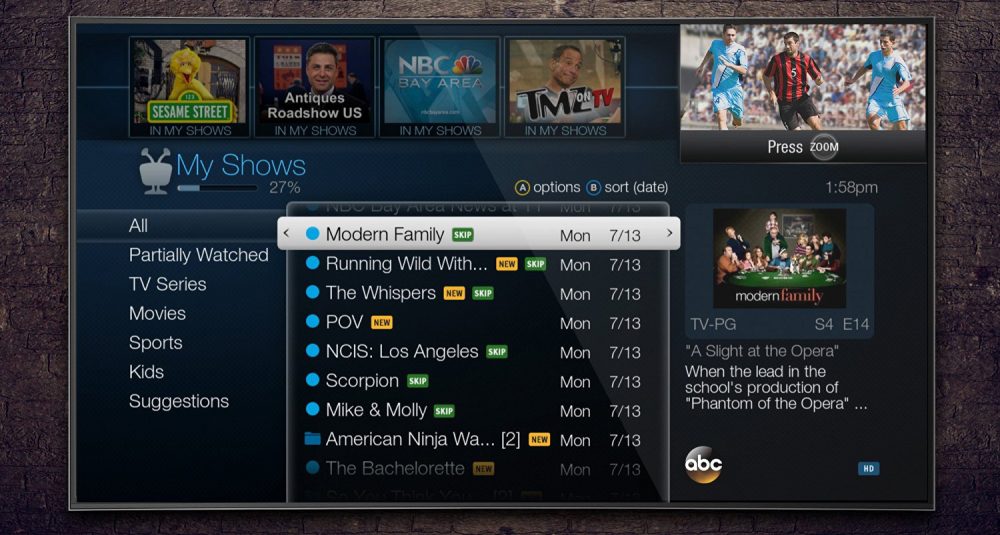 OneSearch presents your subscription services content in-line with shows and movies on cable (kind of like Apple’s new TV app). For example, if you’re looking to watch an episode of The Office, a simple search reveals all of the upcoming options on cable alongside the full catalog of content on Netflix. There’s no switching back and forth between two apps, with TiVo it’s all there together. I find this feature to be particularly valuable as the third-party app experience on other streaming media players can be very hit-or-miss.

Another new feature on the Bolt line is SkipMode. TiVo actually has real humans marking when commercial breaks begin and end on popular shows during primetime. When you go to watch recorded content, you simply press a button on the remote to skip through the entire commercial break. I’m someone that hates trying to hit the play button at just the right time when fast forwarding, so this feature really stands out for me. I love that TiVo has people on the backend nailing the start and stop times at just the right moment. Another feature, although not as notable, is QuickMode that takes your recorded content and plays it 30% faster with pitch-correct audio. I didn’t find this to be as useful, but it’s an interesting feature for sports, particularly baseball.

TiVo is also pushing smartphone connectivity as a main feature on Bolt+. Overall, the iOS experience is ok but not the best that I’ve used. DirecTV’s Genie app really is second-to-none in this area. Right off the bat, it was disappointing that TiVo doesn’t offer native support for iPhone Plus models. Video playback works fine but otherwise everything is just a little off.

That said, you can access your recorded content or live TV on up to four devices at a time plus manage all of your OnePass subscriptions. This isn’t a mind blowing feature but its one that TiVo executes fairly well. I didn’t have any issues with streaming content during my review and was overall pleased with the experience. The smartphone app is available on iOS and Android alongside support for most web browsers. 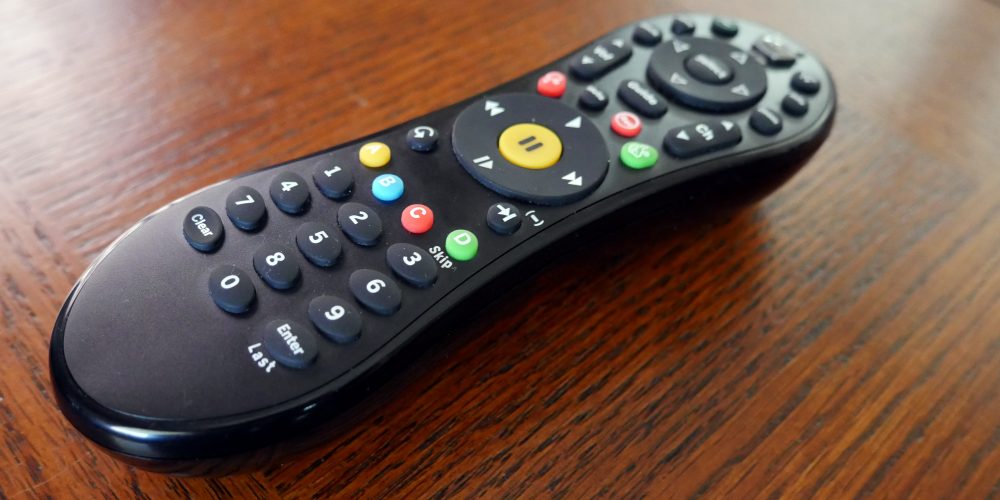 Although a footnote in the laundry list of specs, Bolt+ has a handy find your remote feature. All you have to do is press a small button on the back of the set-top box and your remote will play a tune. It’s a nice fall-back if you’re someone that regularly looses the remote.

TiVo Bolt+ does support 4K video, although I was not able to test that functionality as my provider does not yet offer high resolution content. Overall, I could see an improvement in image quality versus my existing set-top box. As 4K continue to grow, Bolt+ is prepared for the next generation of shows and movies.

TiVo continues the trend of being one of the absolute best ways to enjoy television. Its extensive search and backend software make it a dream for someone that records a lot of content through the week. The massive 3TB hard drive and six tuners sit head and shoulders above the competition. It’s also one of the most attractive DVRs that we’ve ever laid eyes on.

Those compliments aside, TiVo faces an ever-increasing uphill battle against the competition. I referenced my frustration that was caused during the initial setup period with my provider. The bottom line is, all of the big-names in this industry would prefer that you use their own set-top boxes. It allows them to push more content and offer greater control over their customer’s experience. Even worse, DirecTV, Dish Network and Comcast are making huge strides in the areas that TiVo has long dominated. Add in the extra steps required to get the Bolt+ up and running? Geeessh.

TiVo Bolt+ is a top-of-the-line product made by a company that absolutely knows its stuff. The software, hardware, and overall experience are all top-notch. Bolt+ is a must-have for those looking to record large amounts of content. Despite the hefty price tag and some other potential headaches, it’s easy to recommend it to the TV aficionado in your life. Bolt+ gets an A in our book for build quality and user-experience. If everyone else would just make it a bit easier to enjoy…

The TiVo Bolt+ is available for purchase today for $500 plus additional service fees.