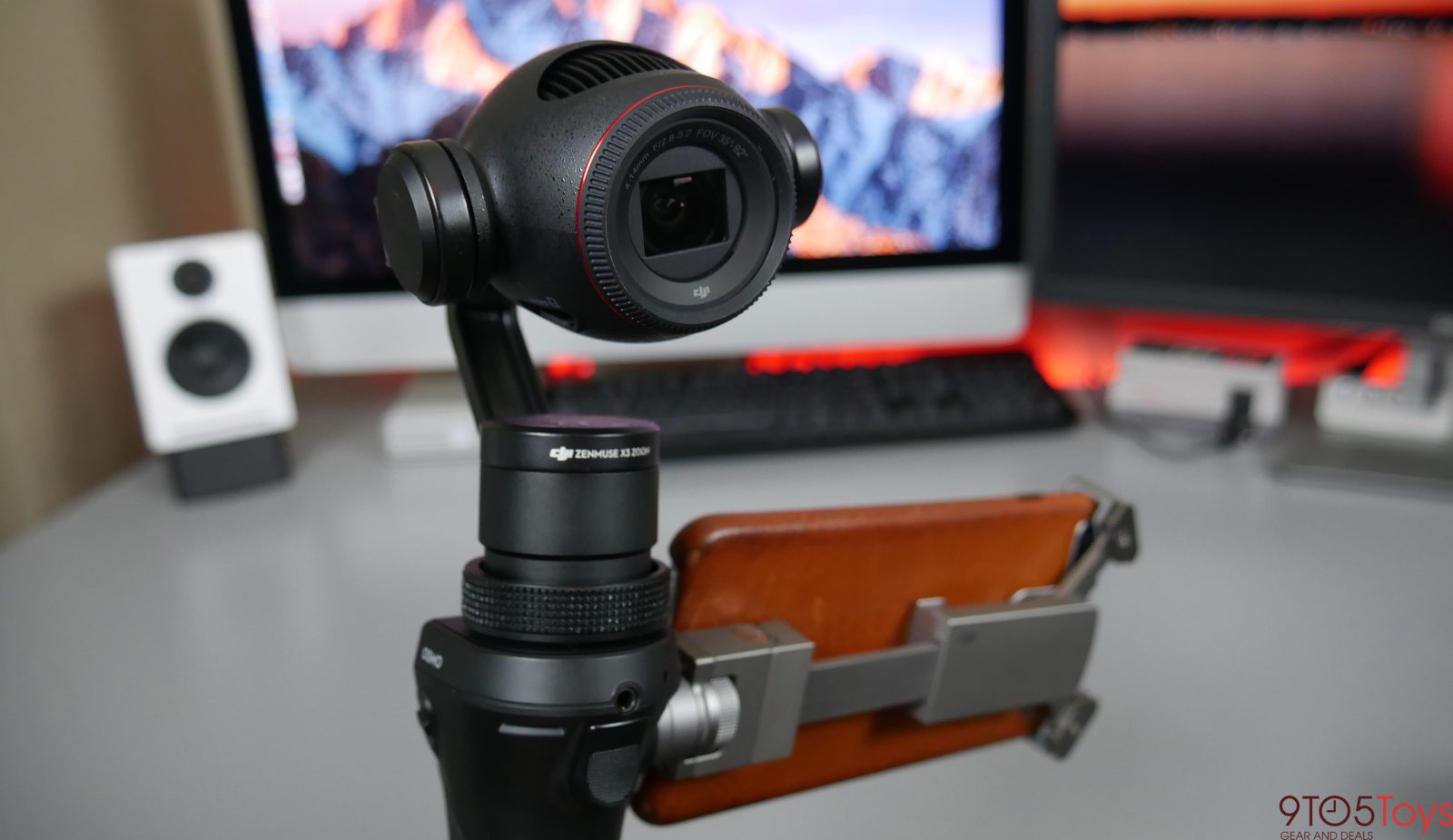 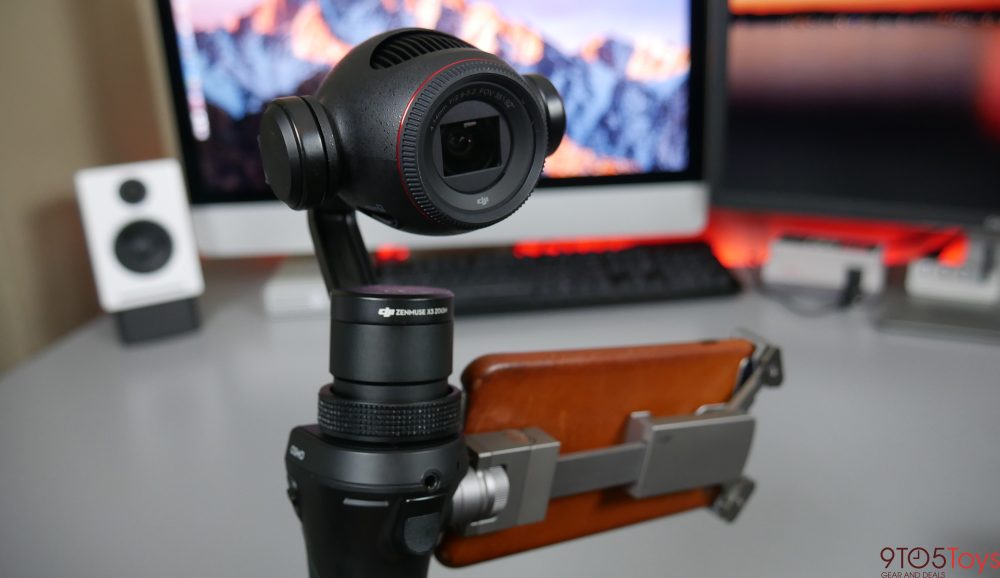 It was three months ago that DJI first introduced the second generation of its OSMO camera and gimbal. The latest model includes a unique combination optical and digital zoom system. With a promise of delivering professional-grade video, DJI is hoping to turn GoPro-enthusiasts into OSMO believers. But at $649, buttery smooth 4K footage doesn’t come cheap.

Hit the jump for our full video review with comparison footage between the OSMO+ and its competitors.

DJI ships the OSMO+ with everything you’ll need to get started, including a microSD card and carrying case. The second of which has been a frustrating absence from some of its drones in the past. The camera, mobile device holder and wrist strap are accompanied by the battery charging system. OSMO+ uses an external microphone that is also a part of the base $649 bundle. Content creators that require higher quality audio can invest in a few different alternatives, if needed.

Thankfully, DJI includes a carrying pouch for OSMO+. If you’ve purchased a Phantom drone in recent years you know that DJI has made it a habit to forgo this opportunity in hopes of selling consumers aftermarket accessories. There isn’t space for storing much other than the camera itself. It would’ve been nice to have room for the charger when traveling away from home. 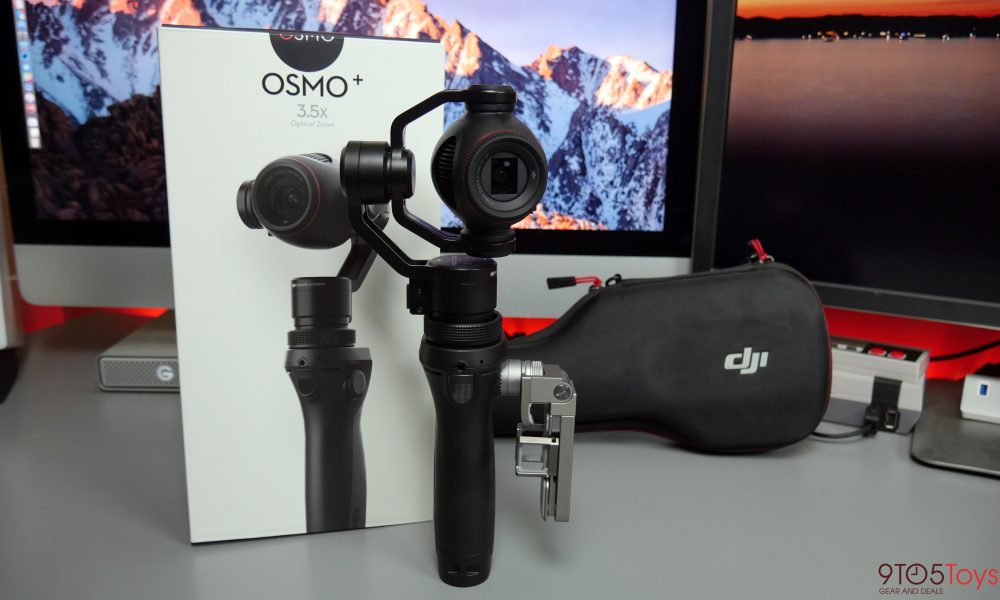 Getting the OSMO+ up and running isn’t a very difficult proposition. This is one of the shining features of DJI’s latest camera. Simply open the spring-loaded mobile device holder and unlock the gimbal to get to started. A small switch just above the handgrip powers up the system.

Unlike its Phantom drones, DJI has opted to use Wi-Fi connectivity between your device and the OSMO+ as opposed to a Lightning or microUSB cable. I was unsure how it would perform given its lack of a hardwire connection but throughout my testing there was little issue. There tended to be a slight delay with the camera feed at startup, but that was the only noticeable complication. 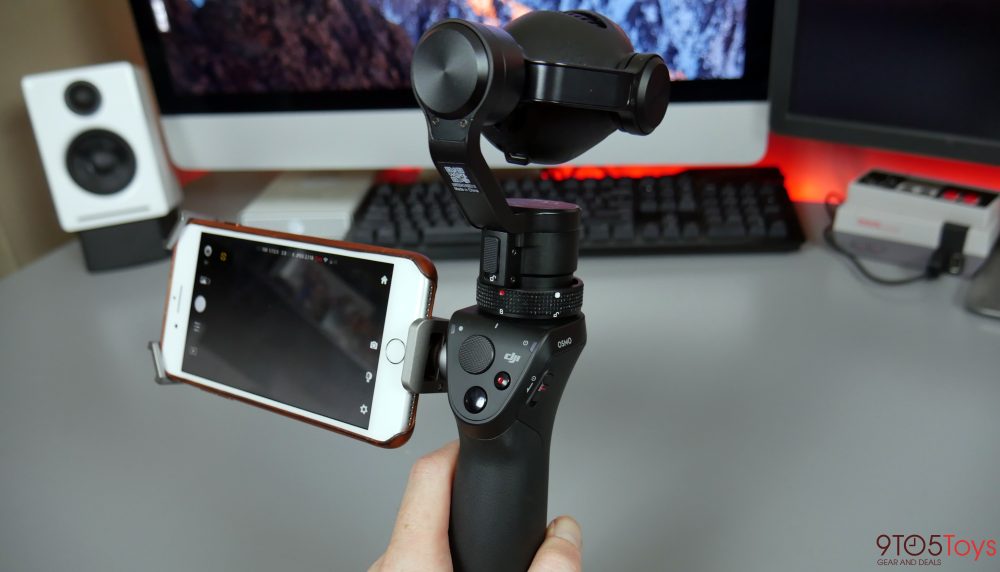 The initial power-up requires a few system tests that check the gimbal for any inaccuracies or problems. It simply spins around a few times to make sure that nothing is amiss. Our review model required a firmware update that may take a few minutes to complete. Otherwise, it was a pretty painless unboxing.

If you’ve used the DJI GO app before with a Phantom drone, you’ll notice the interface has largely gone unchanged. It’s really no different from an advanced camera app on your iPhone or Android. You’ll have access to basic features like video/picture quality, manual settings and more.

DJI does a nice job of balancing professional-grade features with simplicity. If you’re just learning to use OSMO+, it won’t be an overwhelming experience. Advanced users will be able to access settings like ISO to capture the perfect image, too. One of the more enjoyable OSMO features is the ability to tap-and-hold on a subject within the app. This causes the camera to automatically follow that person or object as it moves about. It really takes the guesswork out of keeping a moving subject in-frame. Bravo to DJI for this feature.

The defining feature of OSMO+ is its video stabilization capabilities. Whether shooting in full 4K at 30fps or dropping down to 1080p, this camera shoots professional-grade footage that you just can’t expect from competitors.

We haven’t gotten our hands on the new HERO5 yet with image stabilization but OSMO+ goes above and beyond with its gimbal system. As you can see in the hands-on video above, this device has an amazing ability to smooth over natural human movements. The thumb-controlled joystick allows users to independently direct the camera but the shining feature is the ability to tap an object within the app and make OSMO track it automatically.

For example, recording a child that is riding a bike is as simple as identifying the subject and letting DJI’s software handle the rest. All the user has to do is keep in range and the camera will automatically turn, zoom and stabilize the video. This really is a stellar feature. 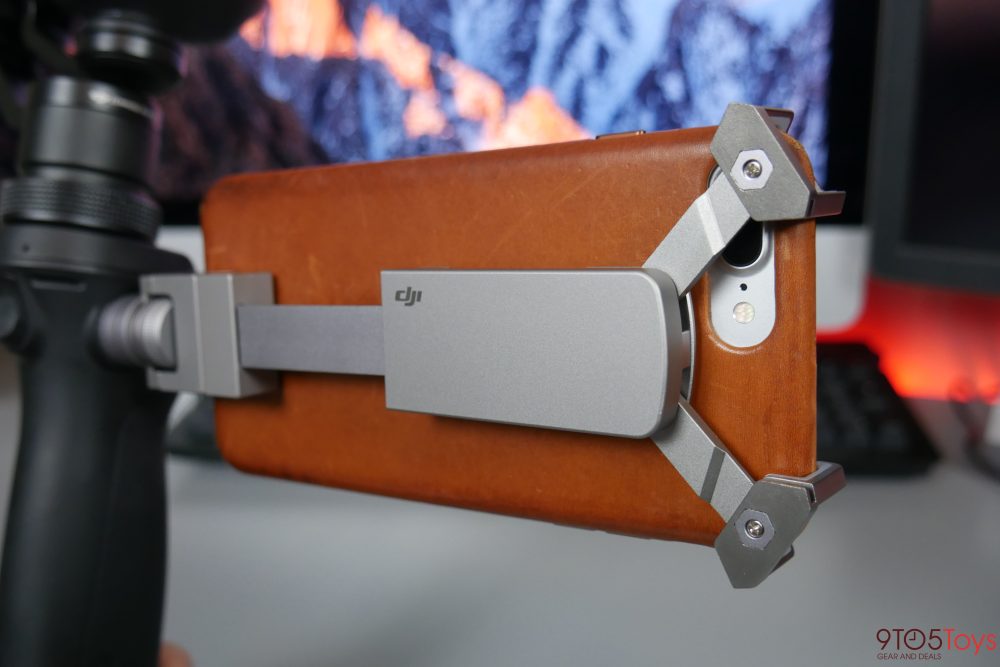 Aside from the joystick control that I mentioned above, another key element to OSMO+ is the trigger system. The front of the handle has a single button that activates different gimbal movements when pressed. Holding it down puts OSMO into lock mode until the trigger is released. A double tap re-centers the camera (no matter the orientation) and three presses causes a 180-degree turn that faces the optics towards the user (selfie mode). This is particularly helpful when moving about and providing commentary.

I was very impressed with the ease-of-use and functionality that OSMO+ brings to the table. Just getting started could be an intimidating proposition for some consumers but DJI does a nice job of walking through each feature step-by-step.

OSMO+ also has a few extra features that are great for creators attempting to capture an extra special shot. One of my favorite modes to play around with was motion timelapse. Within the app, users can mark two different locations with OSMO’s field of view and the camera will automatically capture moving footage over an extended period of time. Because of the 360-degree gimbal, it’s easy to film long, sweeping views horizontally or vertically. This is a fun twist to the stationary timelapse we are used to on iPhone and the like.

Along those same lines, OSMO+ does a great job of taking panoramic photos. It will take up to nine still images as the gimbal moves across a landscape and automatically stitches it all together. Another fun feature is long exposure photos. Again, the gimbal system allows the camera to stay very still and capture movement without sacrificing clarity on stationary objects in the frame. Each of these features help OSMO+ standout from the competition. 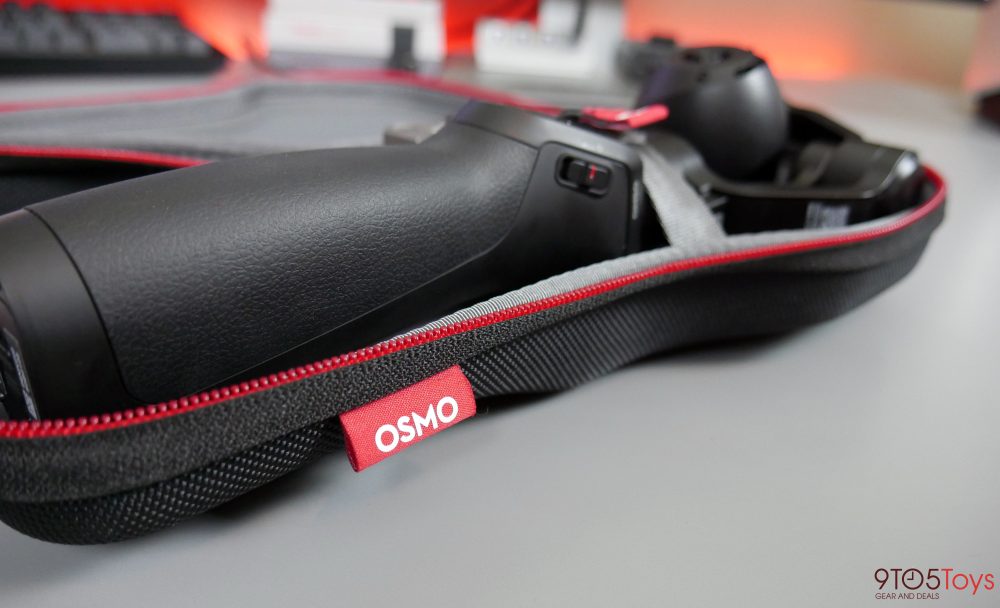 The latest DJI handheld camera brings a number of fun and helpful features that are bound to be attractive to prosumers. Advanced image stabilization, 4K video and extras like motion timelapse are both helpful and fun when trying to take your footage to the next level. However, at $649, OSMO+ costs nearly as much as an iPhone, which may be a tough pill to swallow for some. Because it doesn’t offer the same rugged, go anywhere design of GoPro, it’s harder to say this camera is a priority. We can wholeheartedly recommend it for its quality and capabilities. If you make the jump to OSMO+, it certainly won’t disappoint.

The DJI OSMO+ is available for purchase today from B&H for $649 shipped.