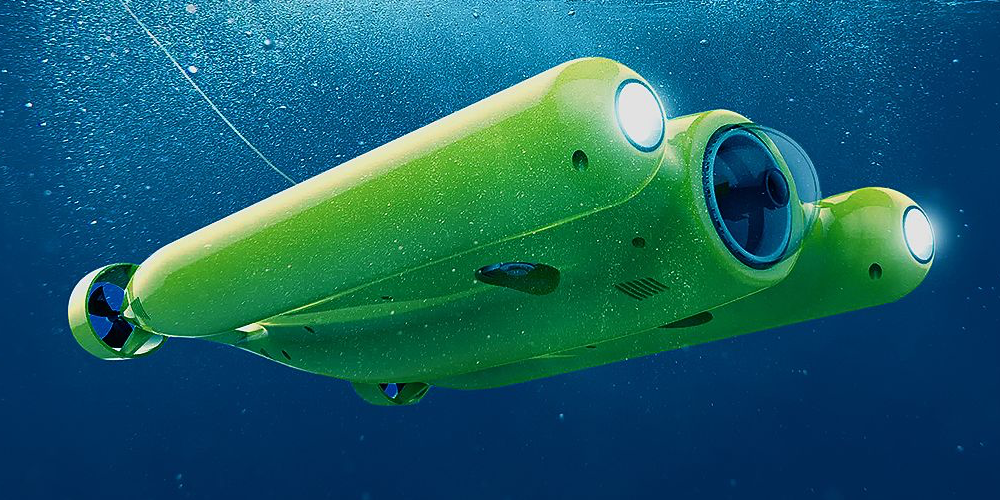 You’ve probably captured many aerial shots with the plethora of drones filling up the skies, now it’s time to take to the seas with the Gladius Ultra HD Underwater Drone. This remote-controlled submarine with a 4K or 1080p camera (based on which model you choose) can dive to 100 meters and weighs only 6.6 pounds. It measures 16.9″x10.2″x3.7″, so you can transport it just about anywhere inside a backpack or with the included hard-shell case.

The Gladius is one of the newest submersibles out there that offers high-quality pictures and video. It’s currently an Indiegogo project and the drone’s Los Angeles-based creator has hit its funding target within 24 hours of going live.

It has a lengthy, streamlined triple-tubed body where the largest, central tube contains the camera, vertical thrusters and main electronic hardware. The Gladius is also built tough to endure deep water pressures. The basic drone package comes with a 1080p camera, a 30 meter tether and a Wi-Fi buoy which acts as a signal repeater for control messages that run down the drone’s tether to the UUV itself.

Other cool aspects include the ability to shoot 16 megapixel still photos in either the 4K or 1080p camera models and a mobile phone app in iOS and Android versions for remote control of the drone with your phone or tablet. 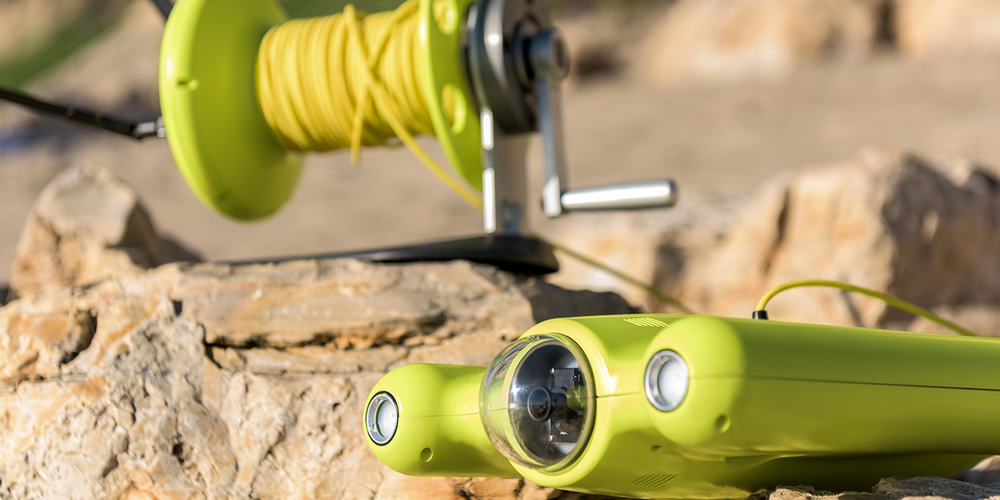 One of the major drawbacks is that the drone isn’t controlled directly with a wireless signal. It’s actually not possible to do so in the density of fresh or salty water. So instead, the Gladius remote control or smartphone app sends a signal to the floating buoy and then it’s sent down the tether cable to the drone itself.