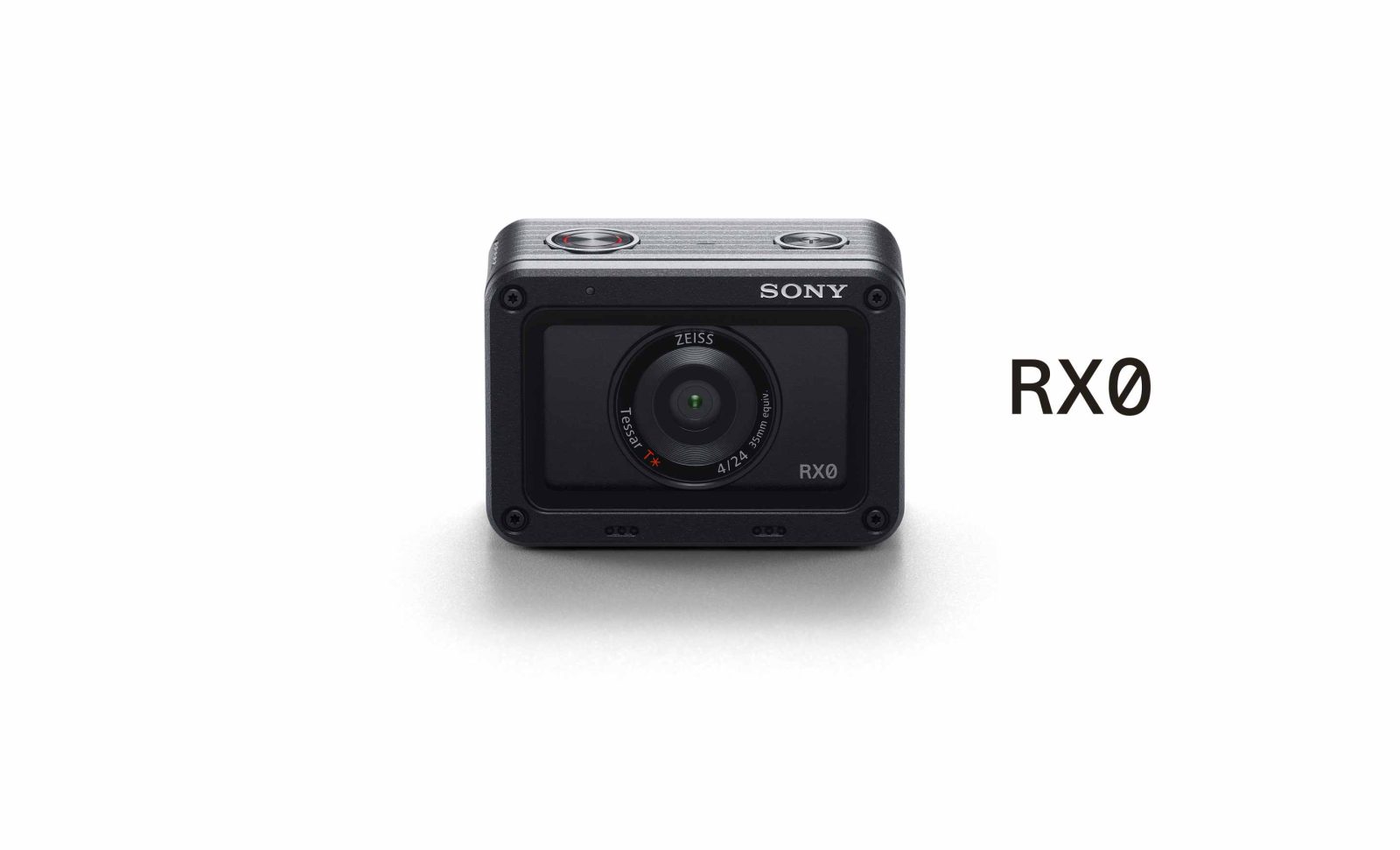 It’s no secret that Sony’s RX100 series is one of my favorite pocketable cameras ever. It produces amazing image quality and is great for video. In fact, I used the RX 100 exclusively for over a year for YouTube videos.

Today at IFA, Sony launched the new RX0, a much smaller action camera that’s sure to be the start of a new series for the Japanese company. The RX0 (pre-order from B&H) is more akin to a GoPro in form factor, but features the same 1-inch sensor found in the RX100. When you consider that most action cameras feature tiny 1/2.3-inch sensors, the RX0 is kind of a big deal.

And unlike most action cameras on the market with their super-wide angle field of view, the RX0 features a ZEISS Tessar 24mm equivalent f/4.0 lens. Coupled with the large sensor, the RX0 is ideal for landing low-noise shots with lots of dynamic range.

The one downside to the RX0 is that it lacks internal 4K recording, although it does support 1080p at up to 60fps, along with 720p at up to 120fps. Sony says that it outputs uncompressed 4K via HDMI, so you can combine the camera with something like an Atomos Ninja Inferno, in order to do that. Granted, that sort of defeats the purpose of an action camera with a ridiculously small 59 x 40 x 30mm form-factor.

The RX0 is an action camera, being that it’s both waterproof up to 33 feet, crushproof, and shockproof. However, the unit’s narrow field of view will limit certain applications when compared to popular action cameras like the GoPro.

Sony really seems to be thinking outside the box with the RX0, especially with regard to its ability to connect multiple units, and sync them together via timecode. This will present some very unique shooting applications that can all be controlled directly from your smartphone.

Coming in at $700, the RX0 is unsurprisingly pricier than similar form-factor cameras like the GoPro Hero5 Black. However, it’s safe to say that Sony is targeting a different type of filmmaker who’s looking to harness the advantages of the 1-inch sensor, and the ability to link together multiple RX0’s with ease. We’ll have more on the RX0 once it launches later in October.