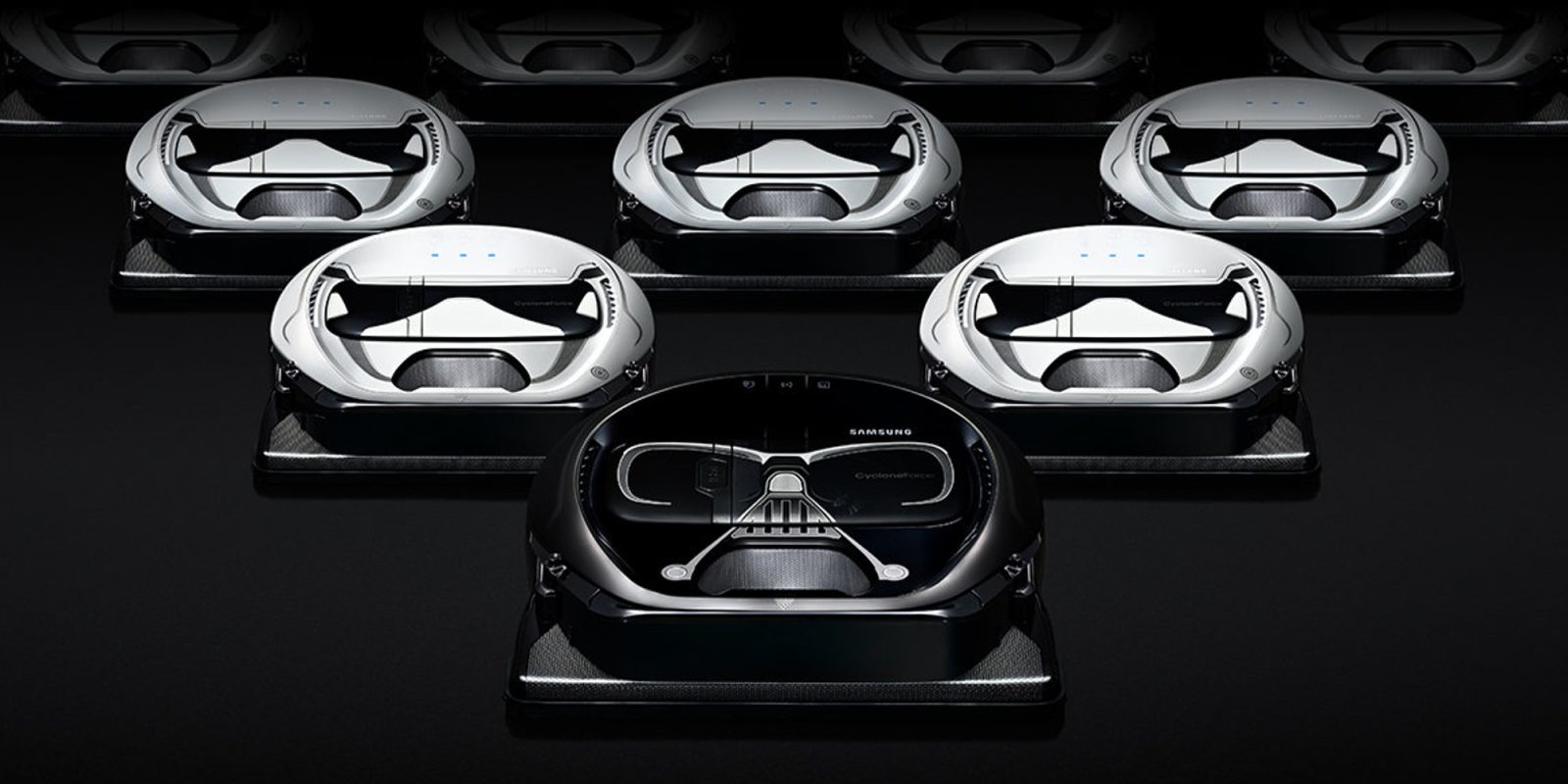 The latest addition to the Star Wars Saga is almost here, with just over two months until it hits theaters. While we’ve seen tie-ins to the film from the usual suspects of LEGO and Sphero, Samsung has joined the ranks as well with an interesting gadget it unveiled today. The new POWERbot Star Wars Edition sports iconic imagery of two of the series most recognized characters along with an array of smart features.

Samsung’s new robotic vacuum cleaner comes in two different options, one of the fearsome Darth Vader and the other donning Stormtrooper decals. And while this may be one of the most unique and out-there products to receive the Star Wars branding, the POWERbot is certainly worthy of its tie-in.

On the outside, Samsung’s latest internet-connected home gadget is just a Star Wars-themed robotic vacuum. But the company has gone a long way to justify its partnership with the upcoming film as well as the vacuum’s steep $799 price tag. But on the inside, Samsung has packed some impressive and entertaining features into its newest models.

While the POWERbot doesnt come packed with the Force, they can still easily navigate your home. Inside you’ll find nine smart sensors that allow the vacuum to avoid obstacles while cleaning and even map the contours of each room it navigates through. The vacuum’s D-shaped design also allows it to pick up dirt and debris from corners and other hard to reach places.

Of course these vacuums wouldn’t be from a galaxy far far away if it wasn’t for features like smartphone control. A companion iOS and Android app offers remote control of the robot alongside access to scheduling and more. What’s even better is that the POWERbot is compatible with both Alexa and Google Assistant, meaning you can command your vacuum with just your voice.

On the more entertaining side, the vacuums also feature music and sound effects from the films that are unique to their specific designs. On the Darth Vader model you’ll experience the iconic breathing alongside lightsaber clashes and more. The Stormtrooper variant isn’t as iconic, as the vacuum will just shout “Let’s go” before beginning to clean.

Both versions of the POWERbot Star Wars Edition are currently available for preorder with a $799 price tag and are estimated to ship on November 5th. Compared to other models on the market, that’s a pretty steep price for a robotic vacuum. But for those looking for a new way to show off their love of Star Wars, you might as well buy one that gets you out of a few chores as well.