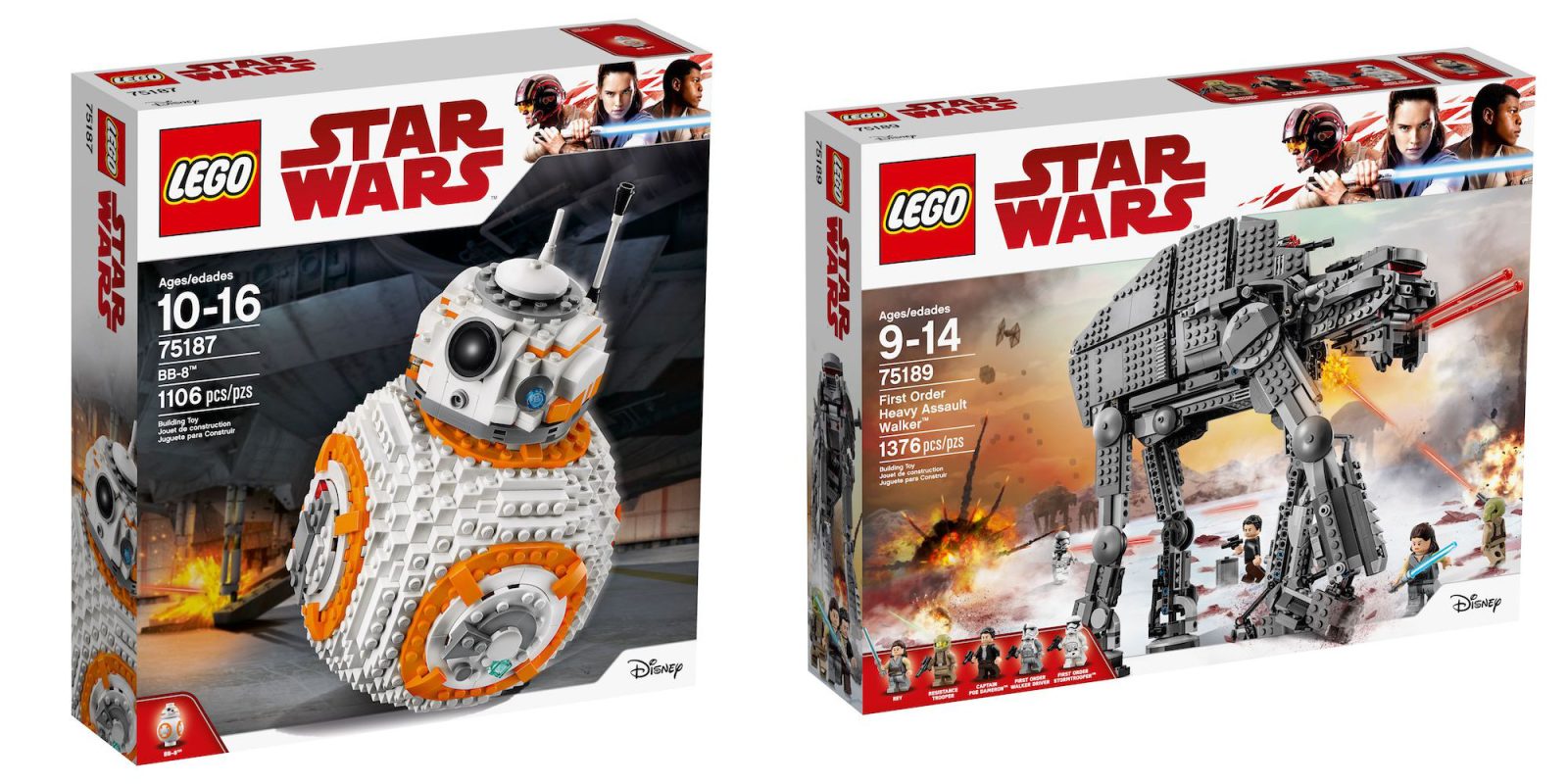 (Update): LEGO has now unveiled the mother of all kits. The new 7,541 piece Millennium Falcon is not only the most detailed Falcon the company has ever created but also the “biggest LEGO model ever sold!” More details down below…

LEGO has now unveiled a number of new Star Wars kits for IFA 2017. The new Episode 8 sets include everything from TIE Fighter Pilots and Chewbacca to Heavy Scout Walkers and an awesome blocky version of everyone’s favorite new Star Wars character, BB-8. While we are expecting a massive new Star Wars kit to drop any day now, today’s kits offer up some of the more modest options in the new collection along with LEGO’s “Buildable Figure” models and more.

The First Order Assault Walker and 1,400+ piece Star Destroyer are certainly standouts from today’s new sets, but that BB-8 though.

Set for release tomorrow, the BB-8 droid kit features 630-pieces of awesomeness. As you can see from the images it looks great and also has some interesting functionality not typically found in your average LEGO kit.

Along with the included stand for display purposes, there are also a few levers and switches that allow users to spin BB-8’s head. While another will open his hatch that houses his welding torch.

The First Order Assault Walker and Star Destroyer are the largest kits from today’s announcements topping out at around 1,300+ pieces. They will run you $150 and $160 respectively when they hit store shelves tomorrow.

Here is a complete list of all of today’s kits followed by an image gallery so you can see them in all their glory:

Welcome to the largest, most detailed LEGO Star Wars Millennium Falcon model we’ve ever created—in fact, with over 7,500 pieces it is the biggest LEGO model ever sold! This amazing LEGO interpretation of Han Solo’s unforgettable Corellian freighter has all the details that Star Wars fans of any age could wish for, including intricate exterior detailing, upper and lower quad laser cannons, landing legs, lowering boarding ramp and a 4-minifigure cockpit with detachable canopy.

At 7,541 pieces, the largest set in LEGO history just might make the Kessel Run in less than 12 parsecs. Introducing the new Ultimate Collector’s Series Millennium Falcon! Coming in October!