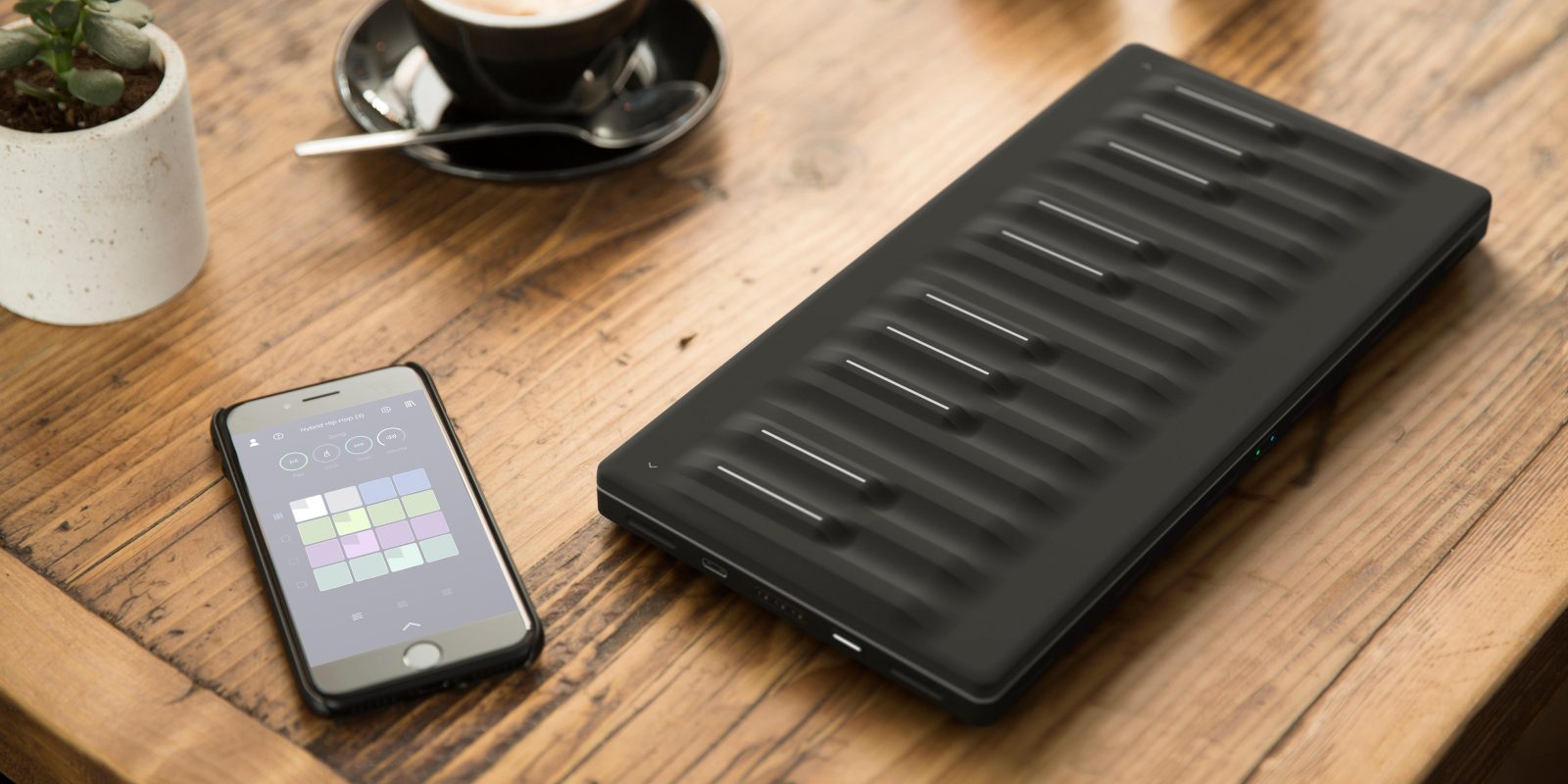 After being unveiled back in the summer, the latest ROLI Seaboard recently showed up at the office much to our delight. The Seaboard Blocks is the first time ROLI has brought its unique 5D MIDI touch technology down to an affordable price tag, so we couldn’t be more excited to get a chance to go hands-on…

From Logic Pros on 9to5Mac.com:

Personally, I am always looking for new and interesting input methods for music creation, and those alien-looking Seaboards have always seemed very interesting. Previous to the new entry-level Seaboard Blocks, even the smallest 25-keywave (that’s what you call the keys on this thing) version would have run you a cool $800. With the Block version coming in at under $300 with full Mac and iOS integration, readily-available 5D software instruments and more, there has never been a better time than now to upgrade from a basic keyboard to a multi-dimensional Seaboard.

Let’s get the basic tech out of the way here first. The Seaboard is essentially a multi-touch musical input device for your Mac or iOS gear. Whether wirelessly over Bluetooth or the included USB cable, the goal here is take your standard keyboard MIDI controller to the next level. It can be played like a typical keyboard controller, but its unique touch surface also supports polyphonic pitch bends and you can trigger an endless array of parameter changes depending on the way you swipe, glide, press, strike and lift off the surface itself.

We have seen interesting touch surface style inputs outside of ROLI’s Seaboard hardware including an endless list of iPad instruments, the Kaossilators from Korg and expensive, boutique hardware instruments like the Haken Continuum, among others. Seaboard stands out from the crowd in a number of ways, but along with the price, the physical design is really the game-changer here for me:

It is made of a synthetic material I can only describe as likely being derived from the 1940’s Roswell UFO crashes. It feels like some kind of alien rubber unlike anything I have ever touched previously. It works fantastically for smooth transitions between notes while still feeling tactile enough to firmly strike down exact chords. The level of detail it allows for in terms of velocity on a given note or chord is amazing. You can strike down aggressive, high velocity notes or gently grab a subtle/quiet chord and slowly press harder into the gooey rubber surface until the sound envelopes your entire space. Or, even more impressively, do that just in your left hand while sliding and gliding the pitch of notes in your right without effecting the others! You really have to try it for yourself, but I was very impressed. 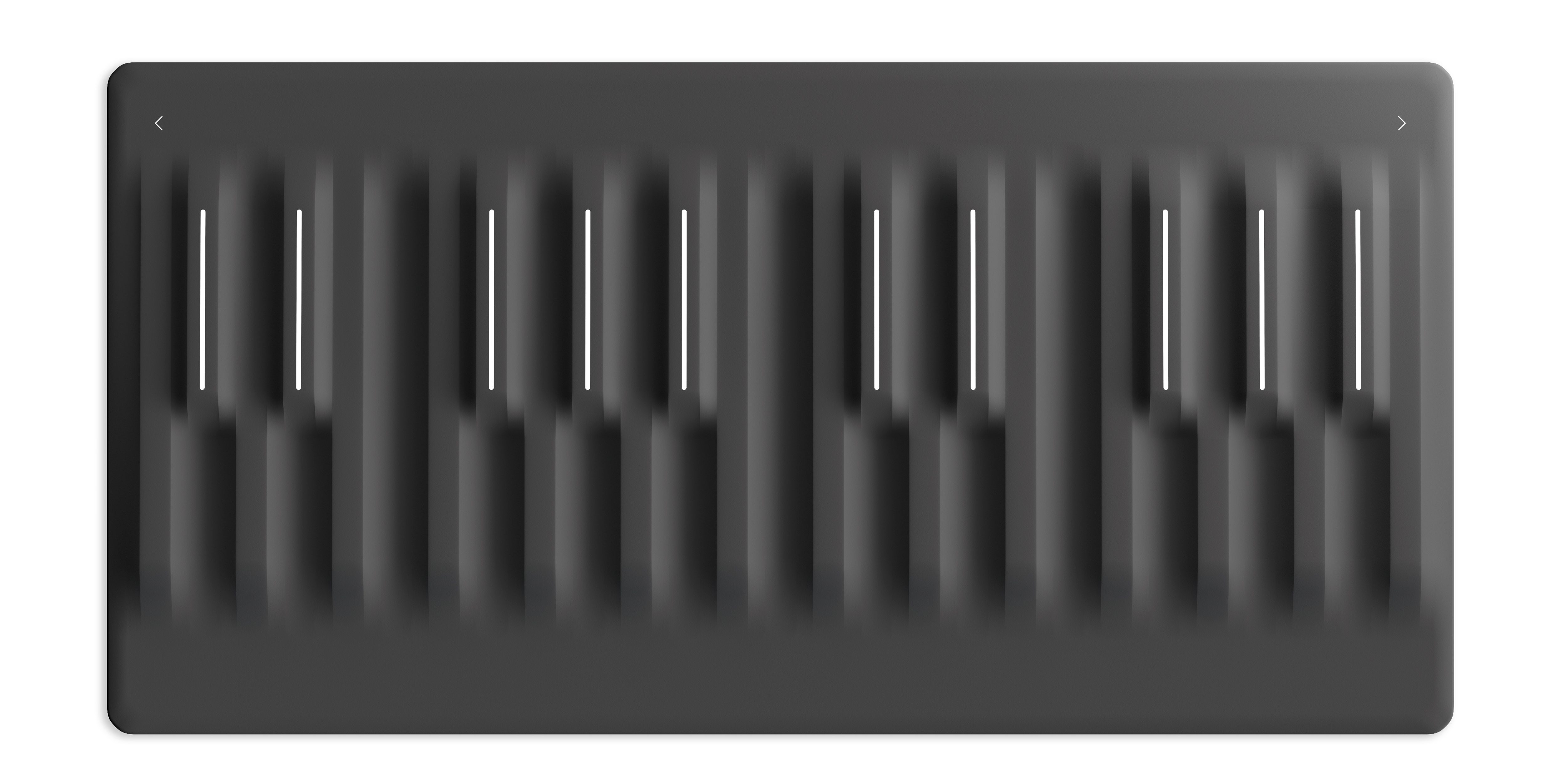 The fact that ROLI has designed the surface with physical grooves for each of the notes makes this thing much more familiar for keyboard players than some of the flat, aforementioned options. It certainly takes a little getting used to, but I found the physical learning curve to be much less demanding than just about every other touch-based MIDI controller I have tried.

Controllers like Seaboard use MPE or Multidimensional Polyphonic Expression, which is a more advanced way to transmit MIDI data to and from software instruments. This is how we can send so many different types of polyphonic MIDI control data (pitch, note, velocity, aftertouch + many more) simultaneously with a multi-touch input device to a single software instrument. And because of this, only certain software instruments will work in an ideal capacity with Seaboard right out of the box.

ROLI’s own Equator software instrument is a very capable synth (more than 350 5D-ready preset patches), and you’ll find a host of other popular music apps supported as well including Native Instruments’ Kontakt and Massive, Logic Pro, Ableton Live, FXpansion Strobe2, Spectrasonics Omnisphere and more. But you will have to fork over an extra $79 for the full version of Equator, only the light version ships free with the Seaboard Block. While not a necessity for everyone, for me that’s something that should be considered in the price of the hardware as it really doesn’t hit its full potential without some kind of investment in software that isn’t a demo.

On the iOS side of things you can expect it to be fully compatible with Apple’s GarageBand as well as Moog’s Model 15 and Animoog instruments. The Seaboard Block, as the name suggests, is also part of the company’s Blocks platform, so not only will it work with that hardware but also with the free Noise iOS app. Wireless connection with iPhone X has been flawless making Seaboard Blocks one of the best new mobile MIDI controllers for iOS on the market. 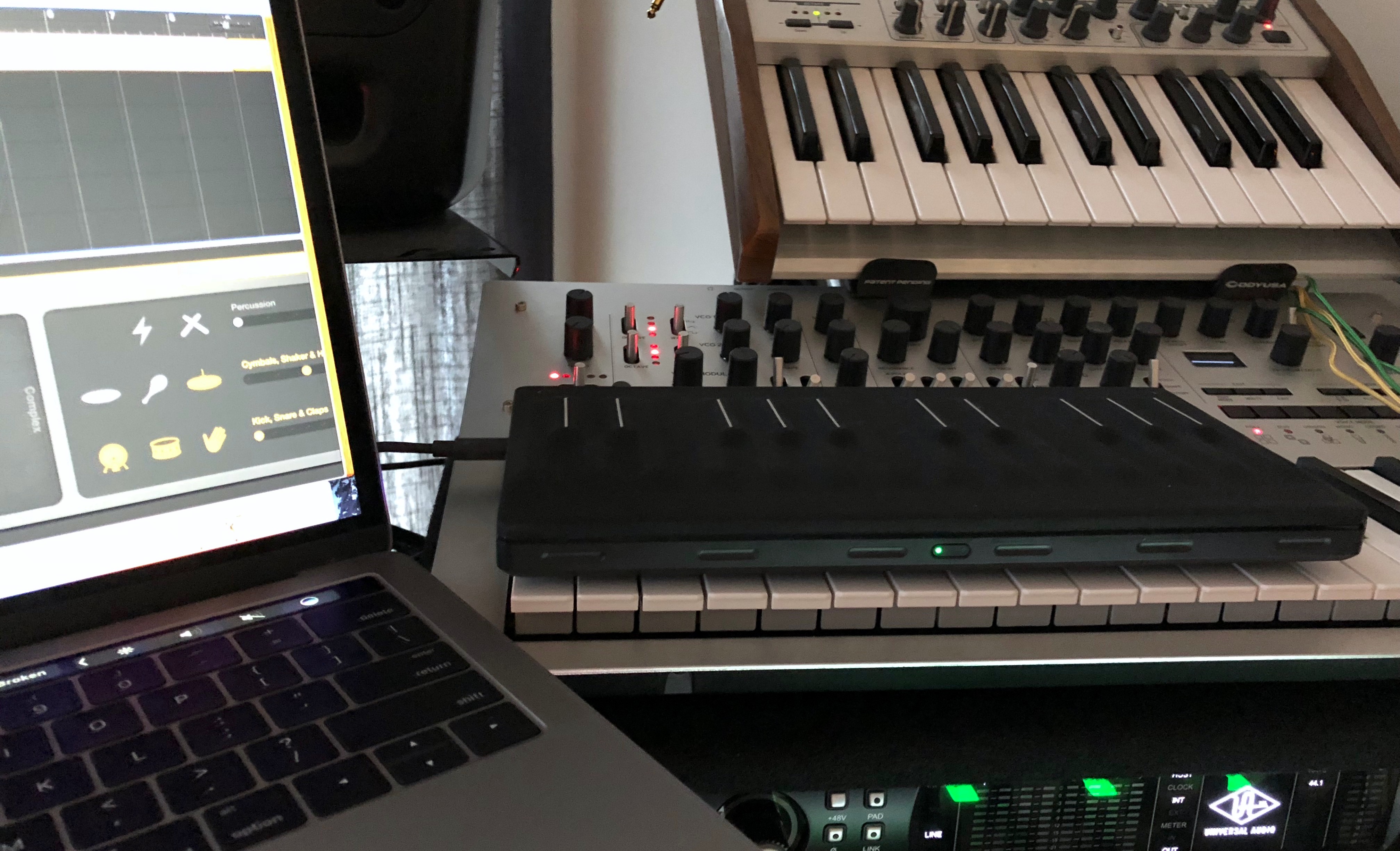 So far, the Seaboard Block has been a joy to use. While I would have loved to see the full version of Equator ship with the machine, the $300 price tag is what counts here. This is easily one of the best and most interesting MIDI controllers out there for iOS and Mac at that price. If you do start to really dig in, you’re going to need to invest in some software here (SampleModeling SWAM, here I come), but that is to be expected with any kind of integrated MIDI hardware these days. At this price point, it is worth it for me just as a new and interesting input method for coming up with ideas I wouldn’t have otherwise.

The physical design of the machine is great. Robust and sturdy enough to handle my aggressive and relentless drum fingers as much as it is capable of some of the most expressive and subtle passages I have come up with. I also love the idea that any of the other interesting Blocks hardware devices will work with it seamlessly, not to mention the ability to link together multiple Seaboard Blocks at once. Even two of these cost less than the next model in the lineup, so the future expandability will be nice for some users.

The ROLI Seaboard Block is available now at Amazon, Guitar Center or direct from ROLI at $299.99. It ships with the USB-C to USB-A charging/connection cable as well as the ROLI Dashboard setup software for Mac and light versions of Equator and Strobe2.

Want more Logic Pros? Check out the archives here and stay tuned for a new installment each week in 2017.