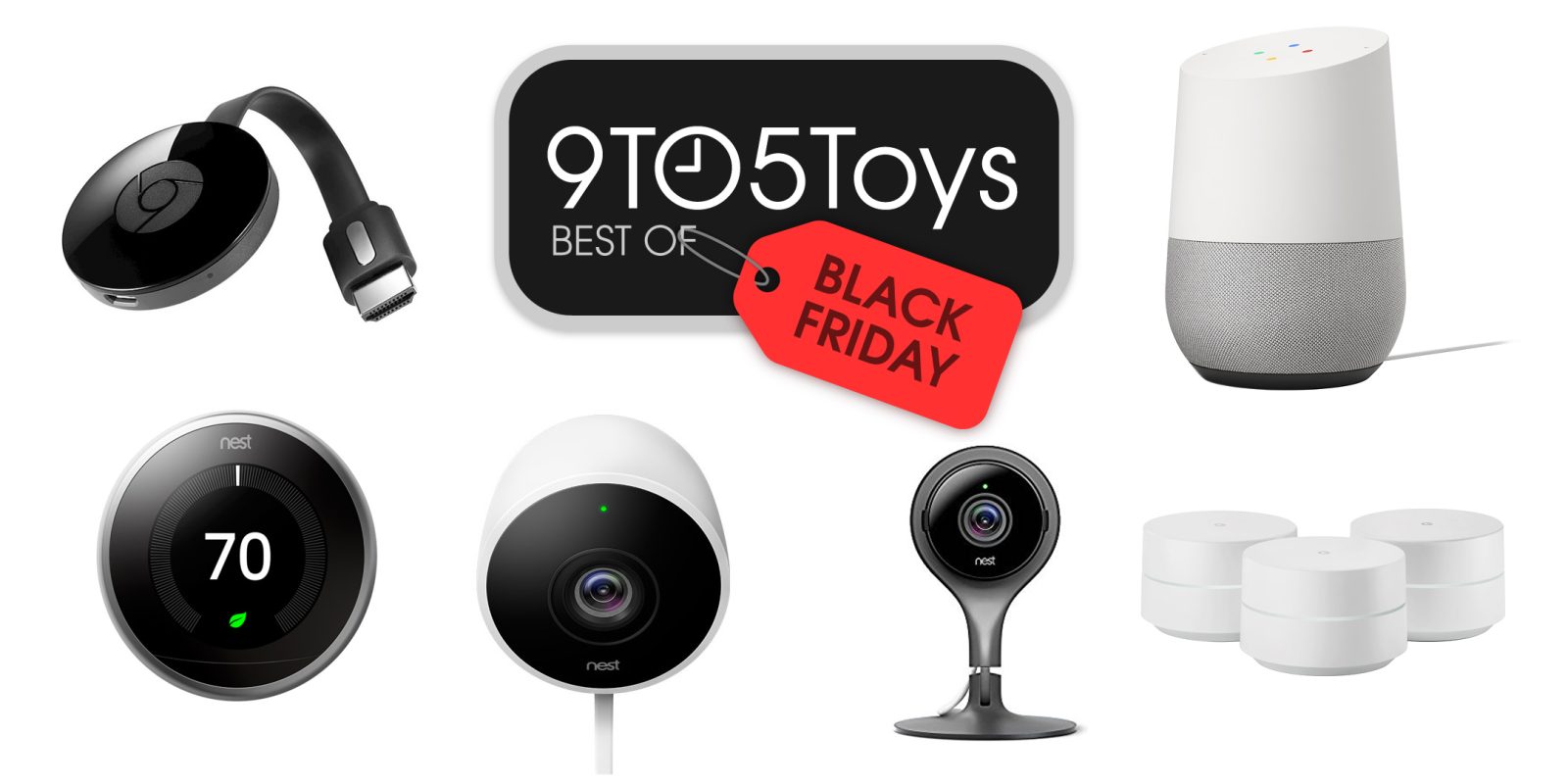 With nearly every major retailer having already shared its Black Friday 2017 plans, it’s time that we turn our attention to the best deals that will be available next week. First up, we’ll be looking at all things Google. With the rise of Google Home as a viable Alexa and Siri competitor, along with the ever-expanding list of Chromecast features, this is shaping up to be the best Black Friday for 9to5Google readers in years.

We know that Google Home will be receiving a hefty price drop down to $79 throughout Black Friday at most major retailers. Regularly $129, we’ve seen Google’s flagship speaker hit as low as $86 over the last few months. This offer will be available at Best Buy, Target, Home Depot and many others throughout Thanksgiving week. Walmart will be throwing in a $25 “shopping offer” with purchase. If this is on your list, there shouldn’t be any issue with finding a deal at this price. You’ll want to steer clear of Costco’s two-pack for $209, as you can do much better purchasing a pair individually elsewhere. Learn more about Google Home in our hands-on coverage. 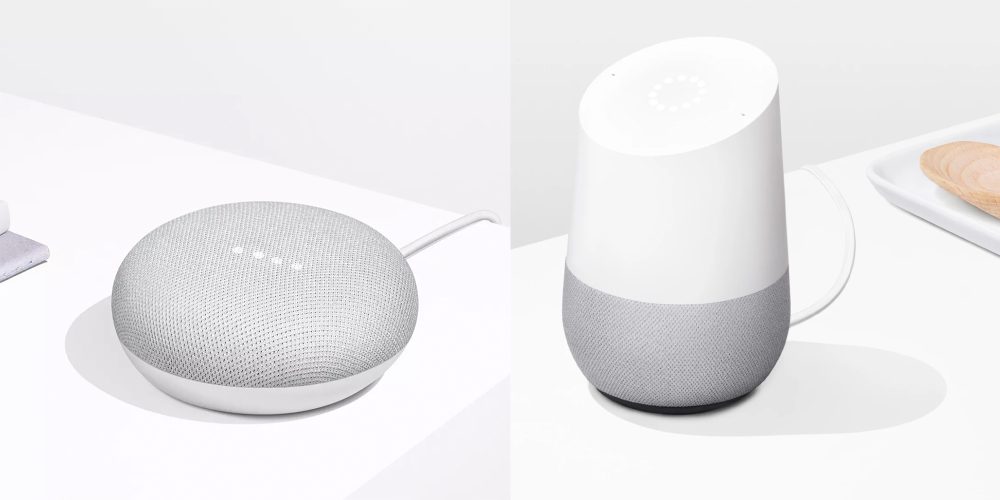 Google Home Mini is also receiving a nice discount throughout Black Friday from its usual $50 price tag. Announced in October, this will be the first time that we’ve seen it go on sale for less than $40 outside of a few YMMV offers. Like its larger counterpart above, Mini will see a multi-retailer price drop, so you shouldn’t have any issue finding it. Most early leaks pin this deal at $29 with an added $10 gift card attached. We know that Target, Best Buy, Walmart and Meijer will be going this route. More details on this product here in our unboxing. 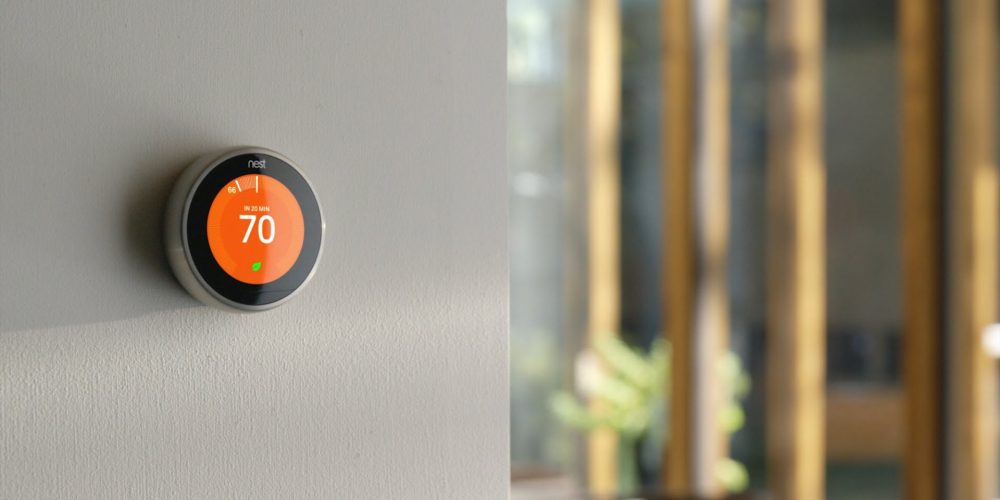 Like years past, Nest discounts are going to be easy to predict across multiple retailers. The 3rd generation Learning Thermostat will once again be marked down to $199 from its usual $249 going rate. This is a match of what we’ve seen throughout 2017, so no real surprise here. Expect all of the major retailers to offer this promotion, including Best Buy, Target, and Amazon. The recently announced Nest Thermostat E wasn’t privy to any early Black Friday ad leaks, but perhaps we’ll see a surprise discount. Best Buy did tease it as a part of its up to $60 off Nest section, but no concrete details here yet. 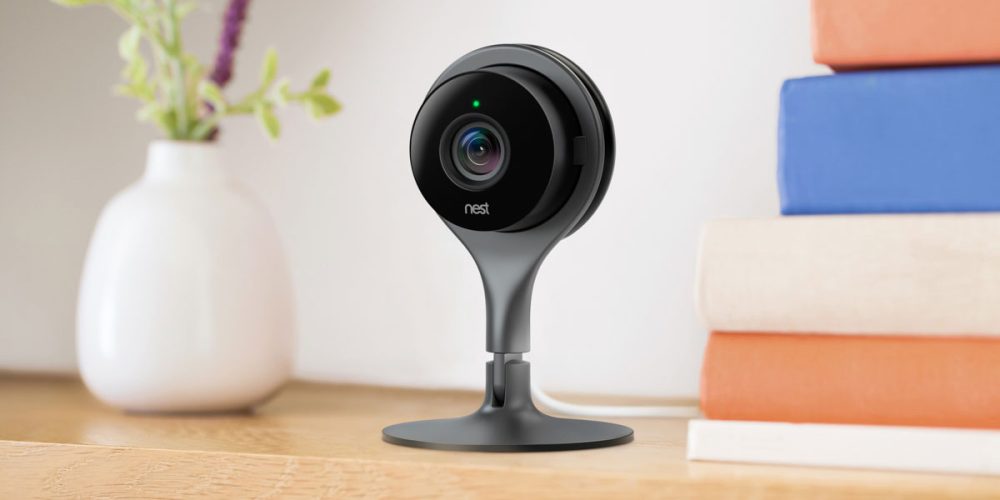 We know that Nest Cam will be marked down to $149 (Reg. $200) at a variety of locations according to early Black Friday ad leaks. That’s a nice 25% discount, but isn’t a historical all-time low. We did see it hit $139 at Amazon back in August. Kohl’s, Lowe’s, Best Buy, Target and others are expected to offer the $149 price point next week. But it wouldn’t surprise me to see someone sneak in and beat that offer by $10 or so on Cyber Monday.

Nest Cam Outdoor is on the list of Black Friday discounts, with Kohl’s noting that it will be on sale for $170 (Reg. $200). Again, this is not a historical all-time low so look for this price to fall even further if you’re patient. I’d put the true deal price somewhere around $160 over the next two weeks.

Having been around for multiple Black Friday cycles at this point, Chromecast isn’t nearly the hot-button buy that it once was. That said, it still stands as one of the easiest ways to add streaming media functionality to any TV. With the constant upgrades to Google Cast’s features, it’s an easy stocking stuffer buy for the Android-head in your life at $20 (Reg. $35). We know that Best Buy and Walmart will each be offering Chromecast at this price point, so steer clear of Target’s $25 offer.

We’re expecting Best Buy to offer the 4K-enabled Chromecast Ultra for under $60 (Reg. $70) on Black Friday. Exact pricing isn’t known yet, as the ad leak was rather vague. Expect Chromecast Audio to also fall to $20 (Reg. $35). 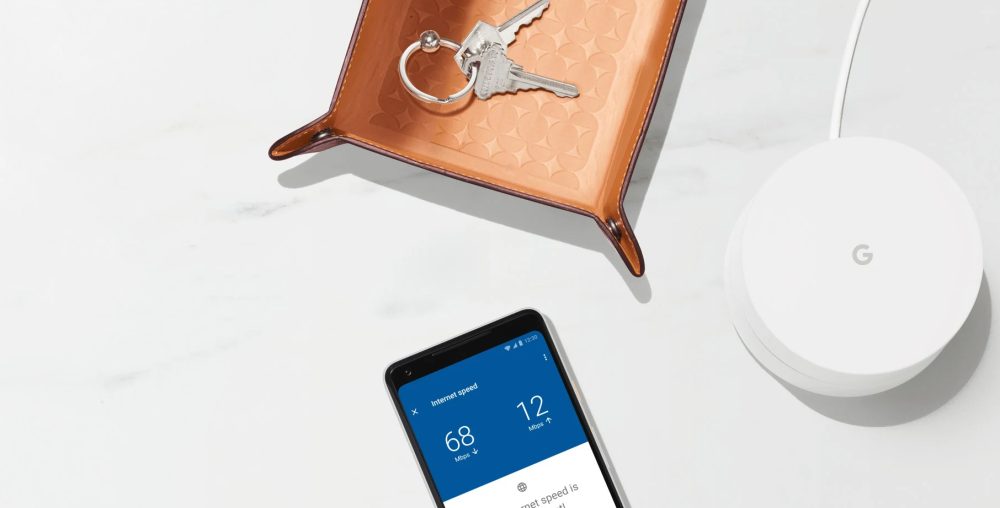 Google’s in-house mesh router solution has a list price of $299 for a 3-pack but is typically available at $280 these days. We know that Best Buy will be offering this bundle for $250 on Black Friday, but we’ve seen it fall under $240 previously. We loved this wireless router setup in our hands-on review, so we definitely recommend it at this price next week.

Aside from the major names we know from the Alphabet umbrella, there are also a number of Google-friendly devices worth pointing out ahead of Black Friday. Some of our favorite deals include:

We’ll have the best deals at 9to5Toys on Twitter and Facebook throughout the holiday shopping season. Don’t forget to bookmark our Black Friday 2017 guide for all of the latest news and deals.