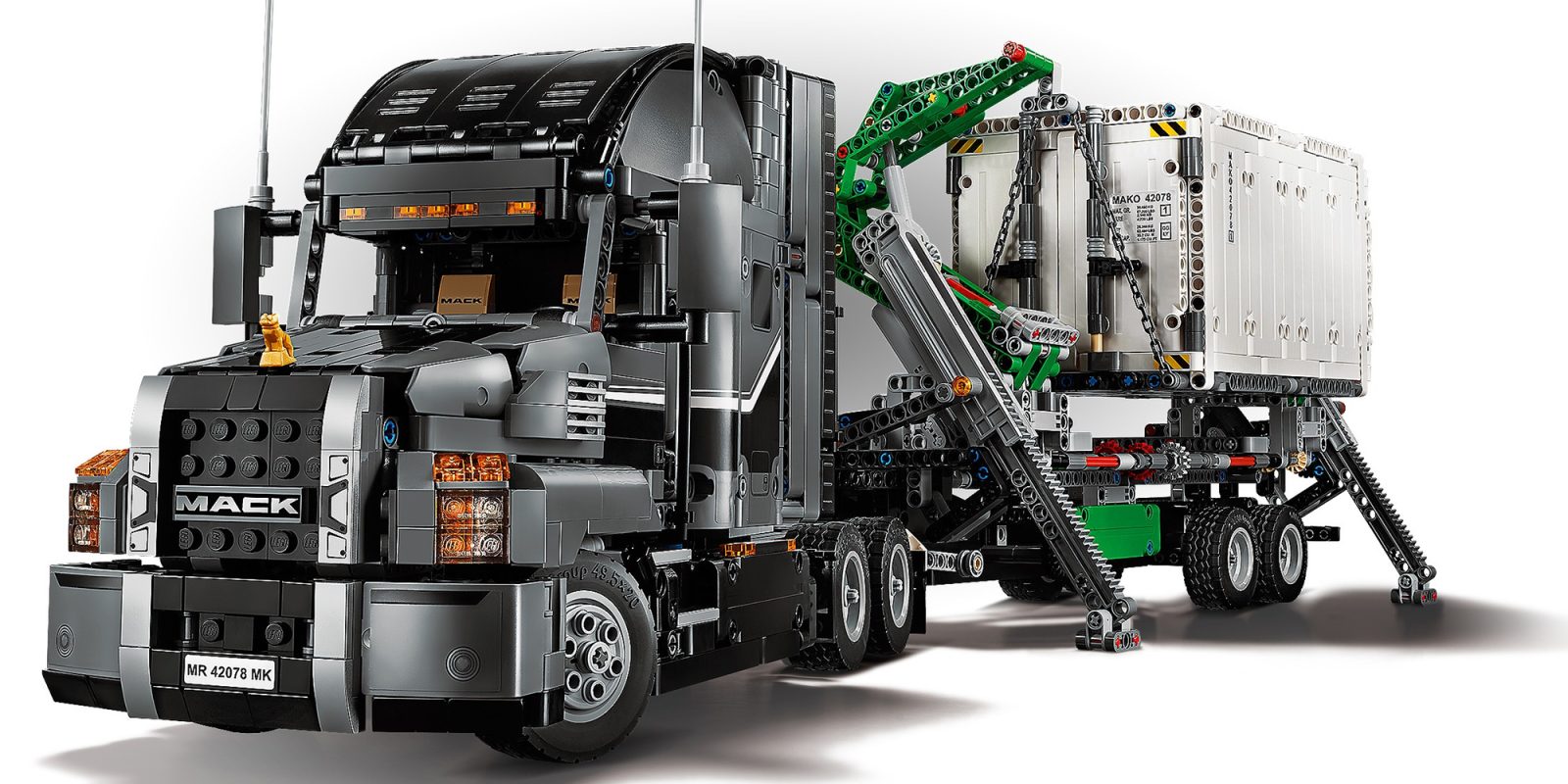 In the later half of 2017, LEGO has been firing on all cylinders to showcase some of the most impressive and must-have sets. But if new Star Wars, Architecture and City kits just weren’t doing it for you, then LEGO’s latest release may just get you revved up. As an expansion to its Technic line of sets, the new 2-in-1 Mack truck stacks up to one of the most impressive kits we’ve seen.

LEGO Technic has been releasing some of the more advanced and feature-packed kits since the series began way back at the tail end of the 1970’s. And while a lot has changed in the past 40 years with LEGO, the philosophy of releasing impressive display models riddled with play functions has stayed true to the Technic lineup.

Now coming in at the end of 2017, we’re getting a first glance at what is sure to be one of the most anticipated sets for builders to get their hands on come 2018. The 2-in-1 Mack Anthem Truck (40278) does a fantastic job at capturing the likeness of its real-life model. Managing to nail the truck cabin’s iconic form-factor and design, the LEGO set also sports a sleek black and green color scheme. The 10-wheeled vehicle also includes movable rear-view mirrors, exhaust pipes, plenty of Mack truck decals and logos, antennas and of course, a golden hood ornament. 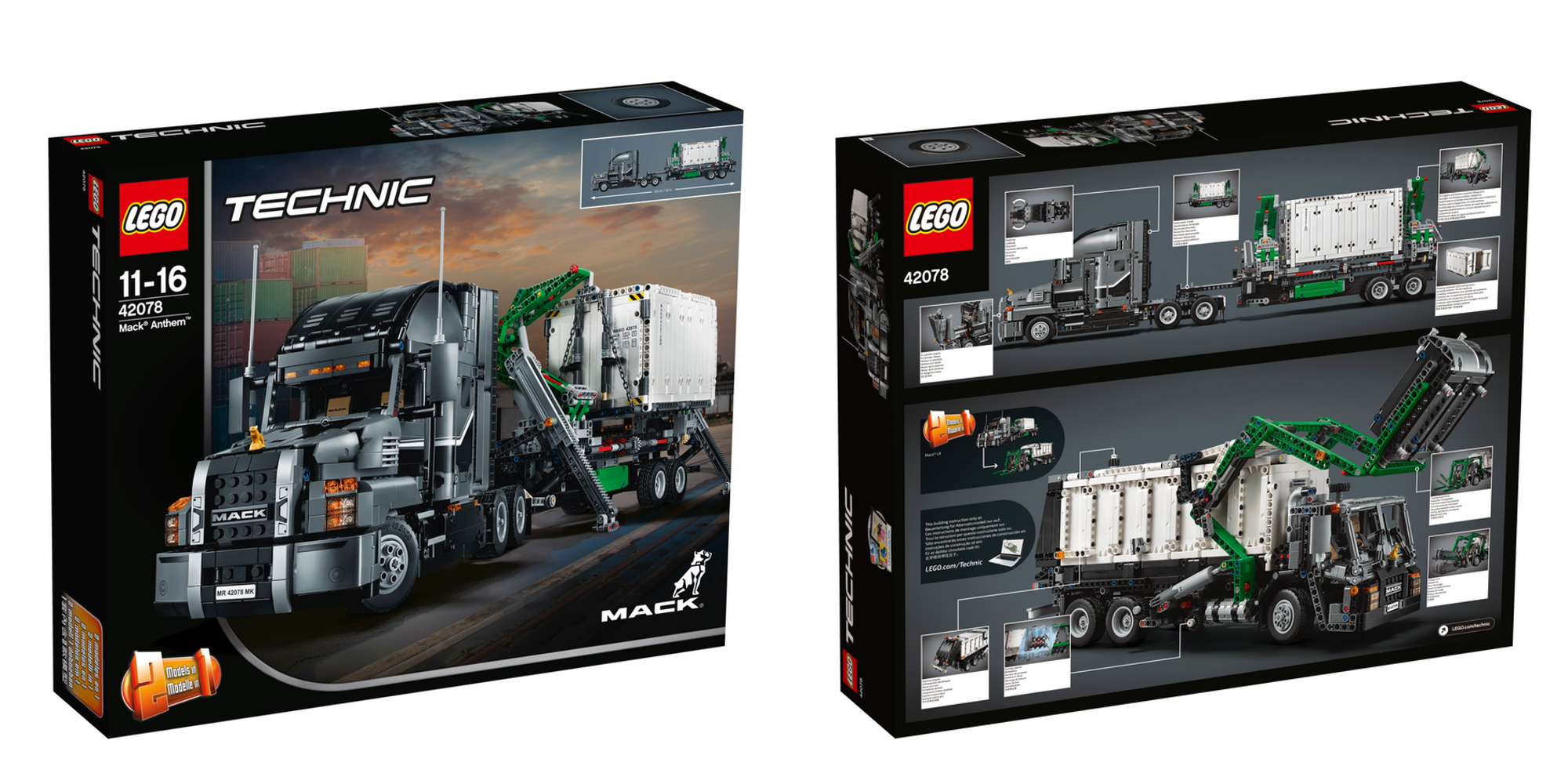 But the Mack Anthem set isn’t just about display-worthyness, as the model also includes a variety of details and play features. You’ll find mechanical functionalities like working support struts and mechanical lifting arms.  As of now there’s no word on if it will work with LEGO’s popular Power Motion system which brings remote-controlled functionality to the Technic kits. But I’d be willing to bet that a set this massive wouldn’t skimp out on one of the series’ most popular features. 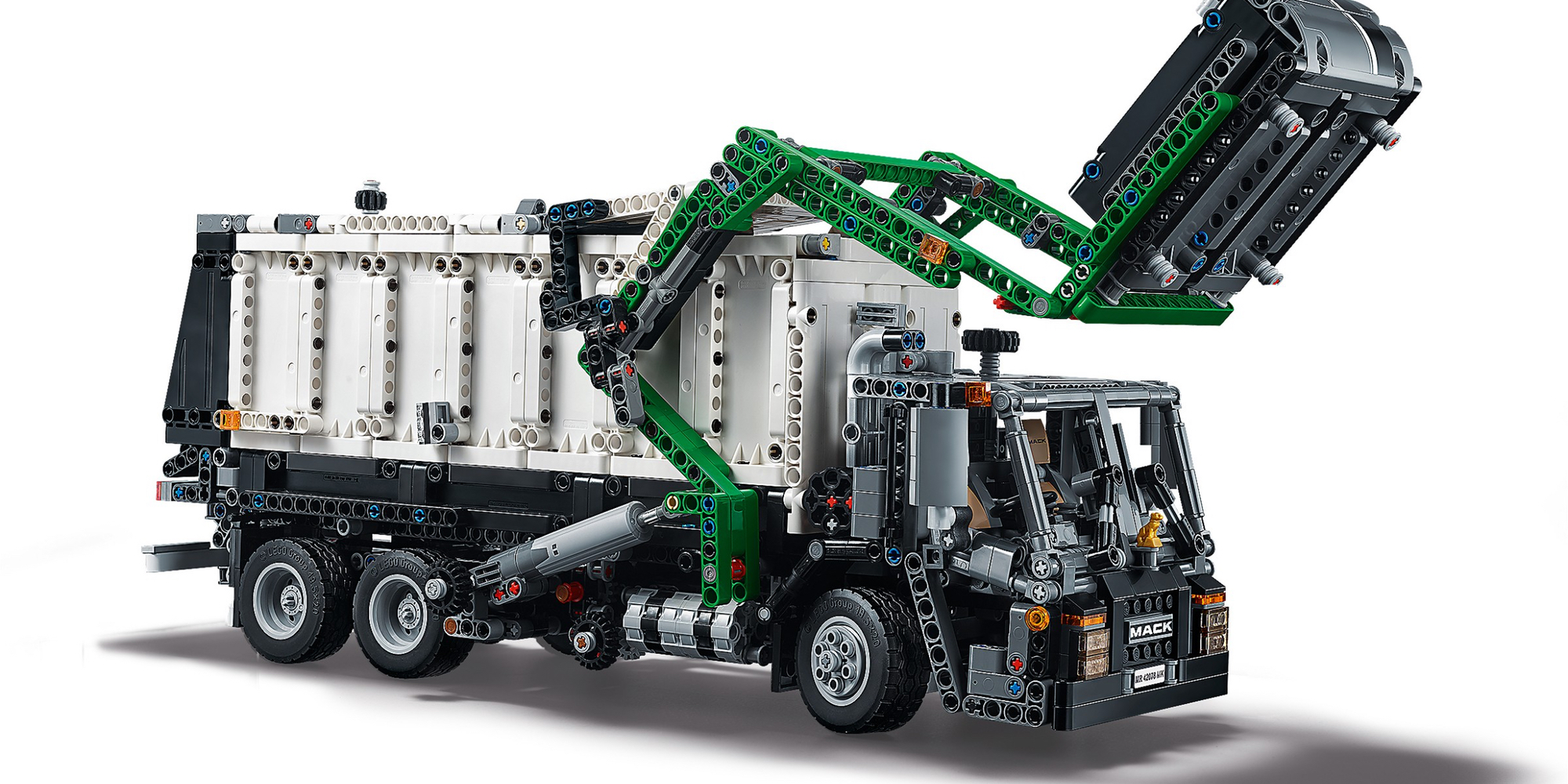 Because this is a 2-in-1 set, the Mack Truck kit can also be reconfigured into a garbage truck. This model isn’t as impressive in my opinion compared to the iconic Mac Anthem, but this alternate build is still pretty awesome in its own right. The garbage truck is complete with functional basket, steering and more.

The set has only been announced in the UK as of now with a retail price of €142.99 (around $150). We’re still unsure when the set will make the trek overseas and appear on store shelves here in the US, but with all the great sets we’ve seen unveiled recently, there’s a lot to hold us over.