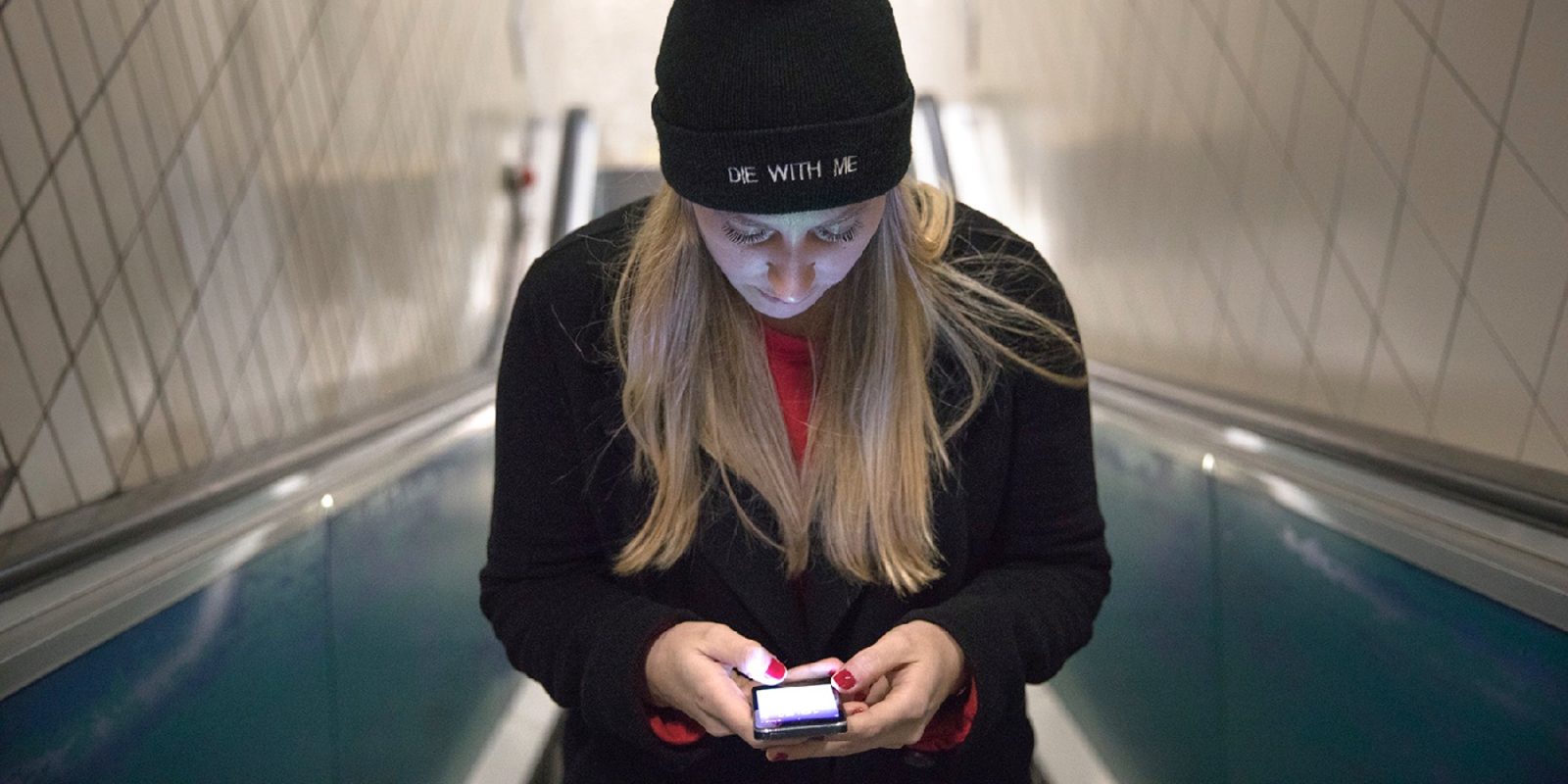 There’s a strange new app out there for iOS and Android that lets you enter a chatroom, but only when your smartphone has less than 5% battery. It’s called “Die With Me” and yes the concept is a little silly and maybe even a bit macabre, but lets find out more about this weird new app.

It was developed by David Durprenant and the idea for it came from Dries Depoorter. “Die With Me” in a nutshell lets total strangers (all with extremely low battery) log into an online chat room and talk about whatever they want as they wait for their phones to run out of power. However, the creators have a much more poetic spin as they say you can “die together in a chat room on your way to offline peace.”

The idea behind this strange new app is an attempt to turn the frustrating experience of dealing with low phone battery into a positive one — and we think the creators have succeeded. The app gives you something to look forward to even if the name they chose is a bit of a downer.

Die With Me is an app you can only use when you have less then 5% battery. Die together in a chatroom on your way to offline peace. Download now for iOS or Android for $0.99

The app’s co-developer Dries Depoorter said this about how the idea came to him:

I have to travel a lot to speak about my work at all sort of conferences. I was in a city that I didn’t know on my way back to the hotel, and my phone battery was low. I was really stressed about this as it was already turning to night. At that moment, I had the idea for an app that you can only use when you have a low battery. But I didn’t know how it would work until we came up with the idea of making it a public chatroom.

Once you have downloaded “Die With Me”, it just requires that you create a username and allow the app to read your battery status. The “Die With Me” developers said the app has already recorded more than half a million messages in conversations so far.

They’ve also reported that there is an average of eight people in the chatroom at any one time. Depoorter said he and Surprenant plan to make a book with a selection of these random conversations.