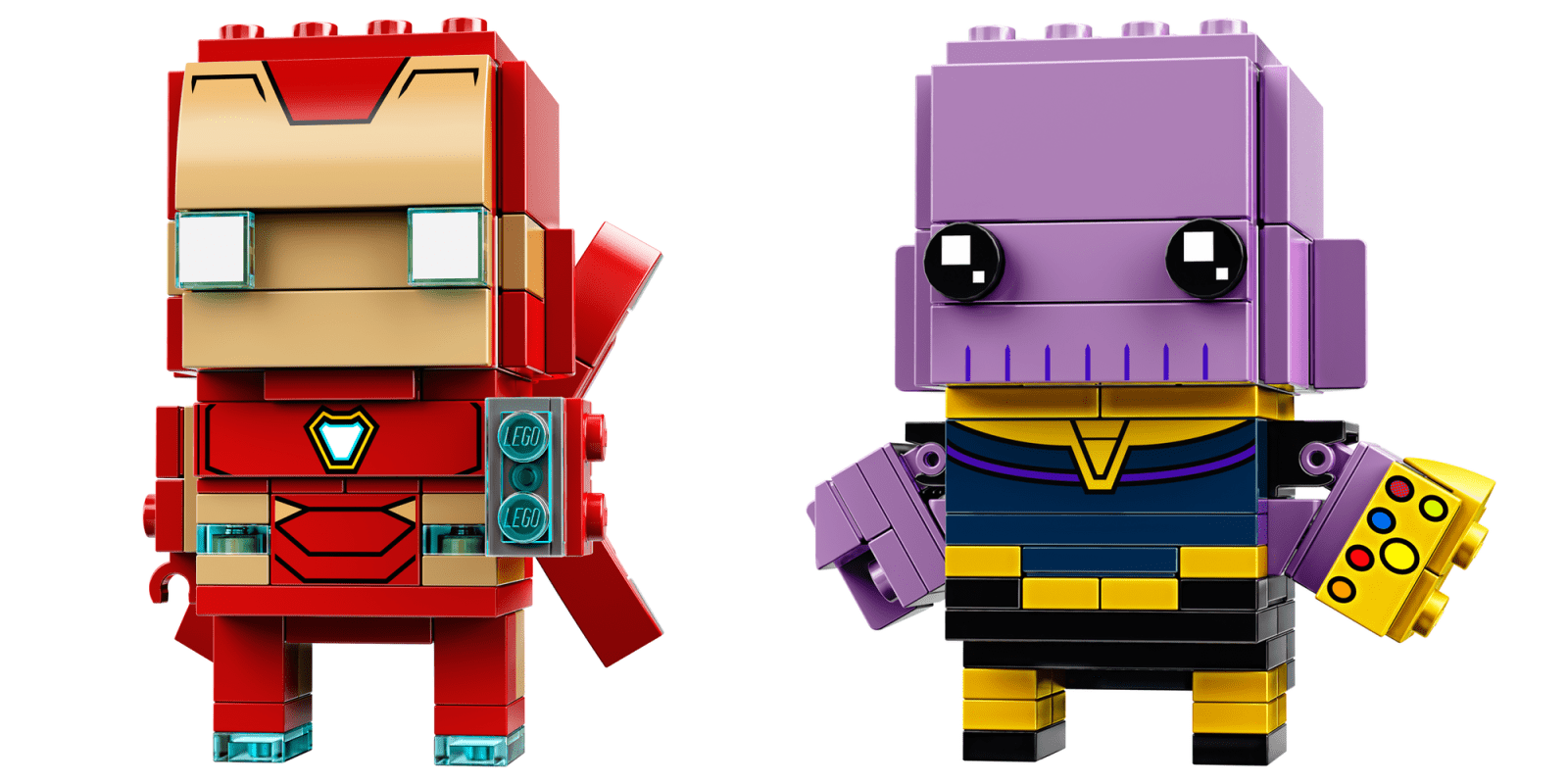 With the latest installment from the Marvel Cinematic Universe slated to hit theaters at the end April, we’ve seen a nearly endless supply of new merchandise unveiled. At Toy Fair, LEGO got in on the action and showcased 6 new sets to coincide with Avengers: Infinity War. But they aren’t stopping there. Today LEGO has announced 4 new Avengers BrickHeadz.

LEGO’s BrickHeadz lineup has grown to encompass a wide range of characters, from Marvel and DC superheroes to Disney stars and Star Wars and more recently, holiday-themed figures. Having launched the series just last year, LEGO is continuing to place a lot of emphasis on the brick-built collectibles. Today’s announcement takes that one step further by introducing some of the titular characters from Avengers: Infinity War.

Today’s release of the new brick-built figures is headlined by a slick new Iron Man MK50 BrickHeadz. Stacking up to 101 pieces, Iron Man sports his new electromechanic armor suit from the upcoming film and also includes back-mounted thrusters. There are 3 notable new printed elements that round out the figure. 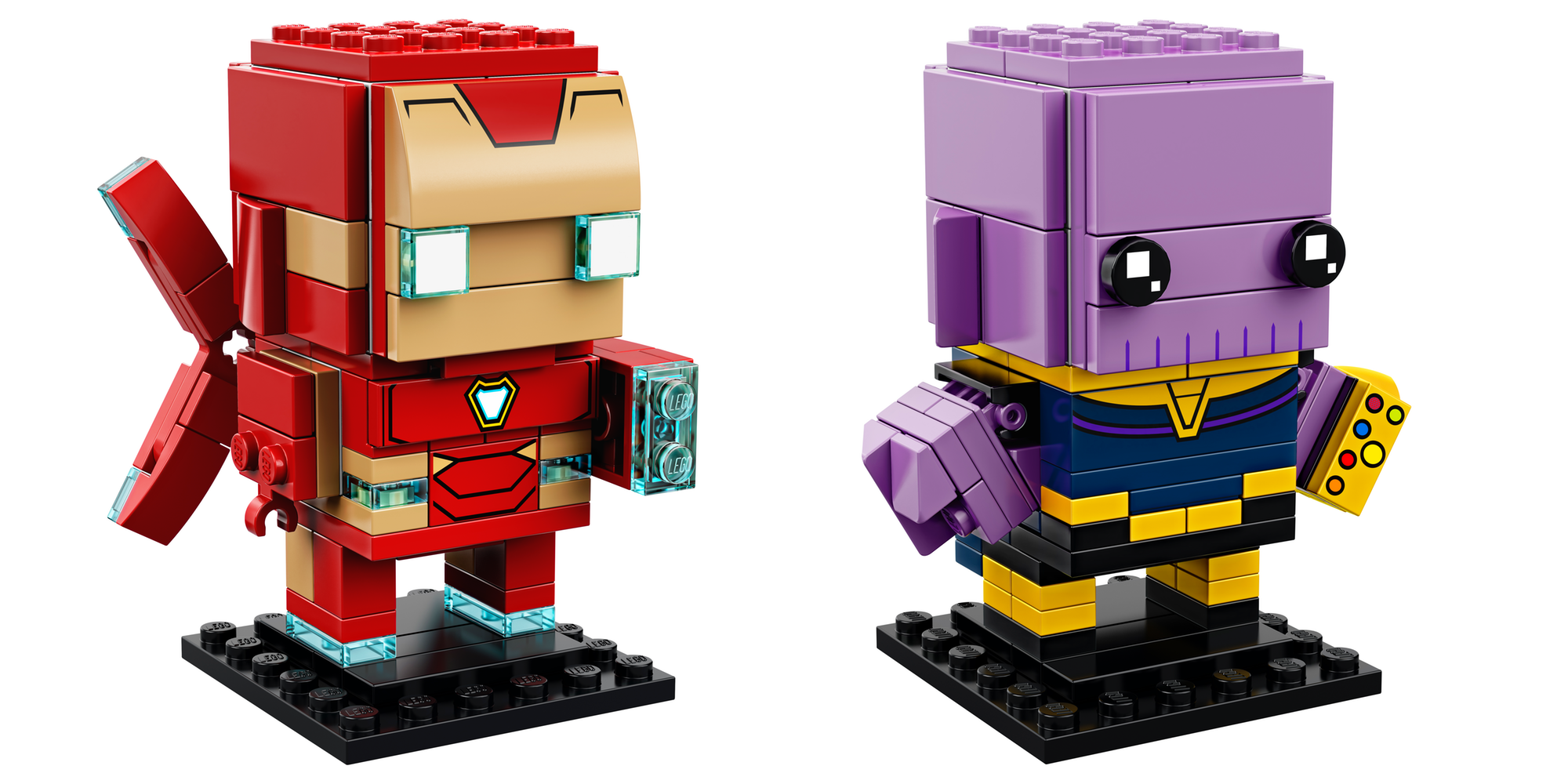 The new release also includes the formidable titan Thanos. This figure packs 105 pieces and does a fantastic job at recreating the Marvel villain. A new printed chest piece is included, but the real standout here is the Infinity Gauntlet element on his hand.

The Guardians of the Galaxy join the BrickHeadz lineup as well, with Star-Lord front and center. Complete with golden hair, his iconic helmet with red eyes and rocket boots, Star-Lord is composed of 113 pieces. Some fantastic parts usage has been employed here, making him the most impressive of the bunch in my book.

A new BrickHeadz Gamora has been released as well, which recreates her green complexion, dark pink hair highlights and sleek black outfit. She stacks up to 136 pieces, giving Gamora the highest part-count of the bunch. 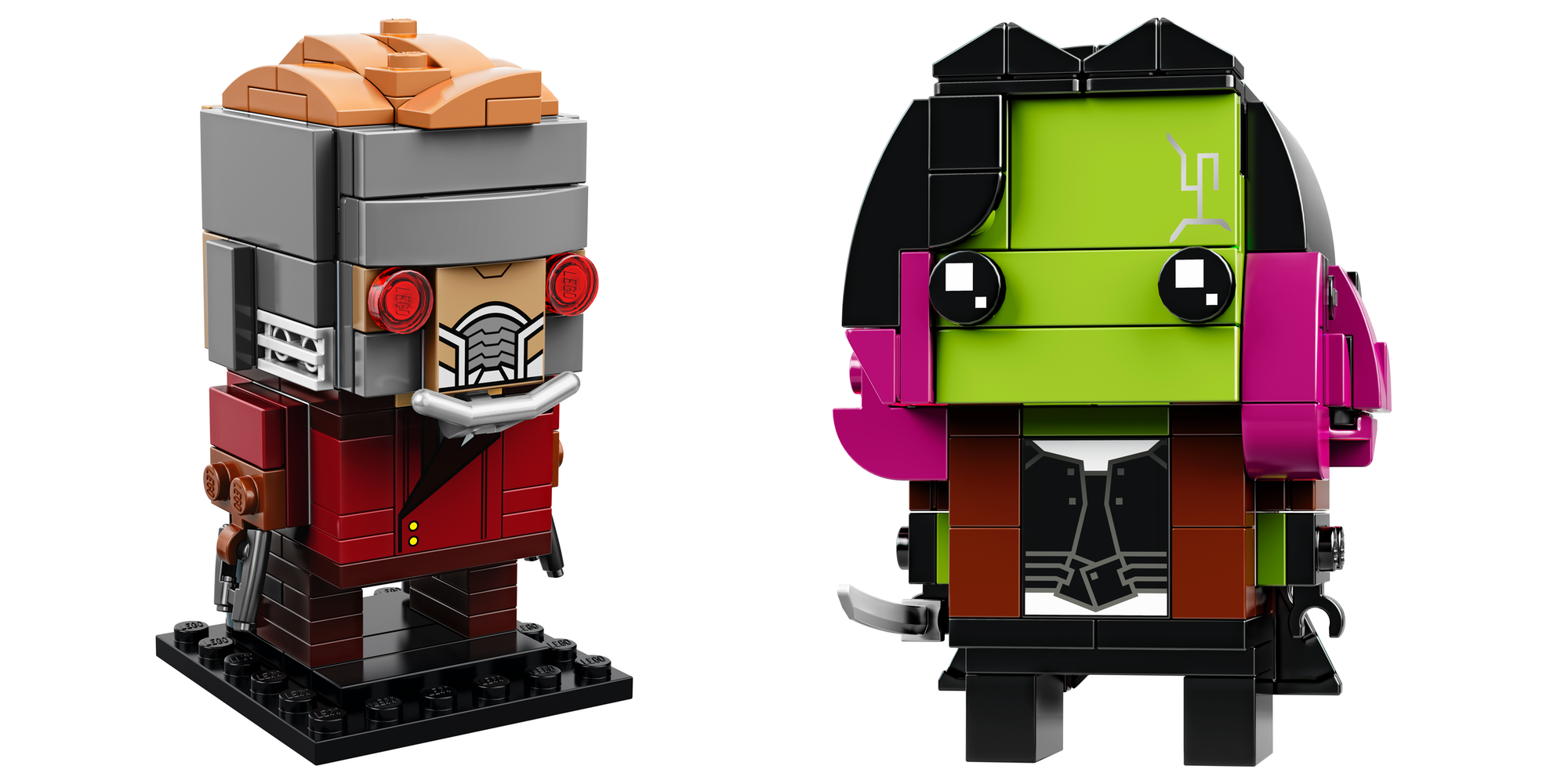 All 4 of the new BrickHeadz include the typical display stand and will go on sale on April first at the usual $9.99 price tag. These are definitely some of my favorites released in the lineup so far, with Iron Man and Thanos really catching my eye.

I’ve slowly been growing my own BrickHeadz collection, and with as big of a Marvel fan as I am, these will be hard to pass up come April.