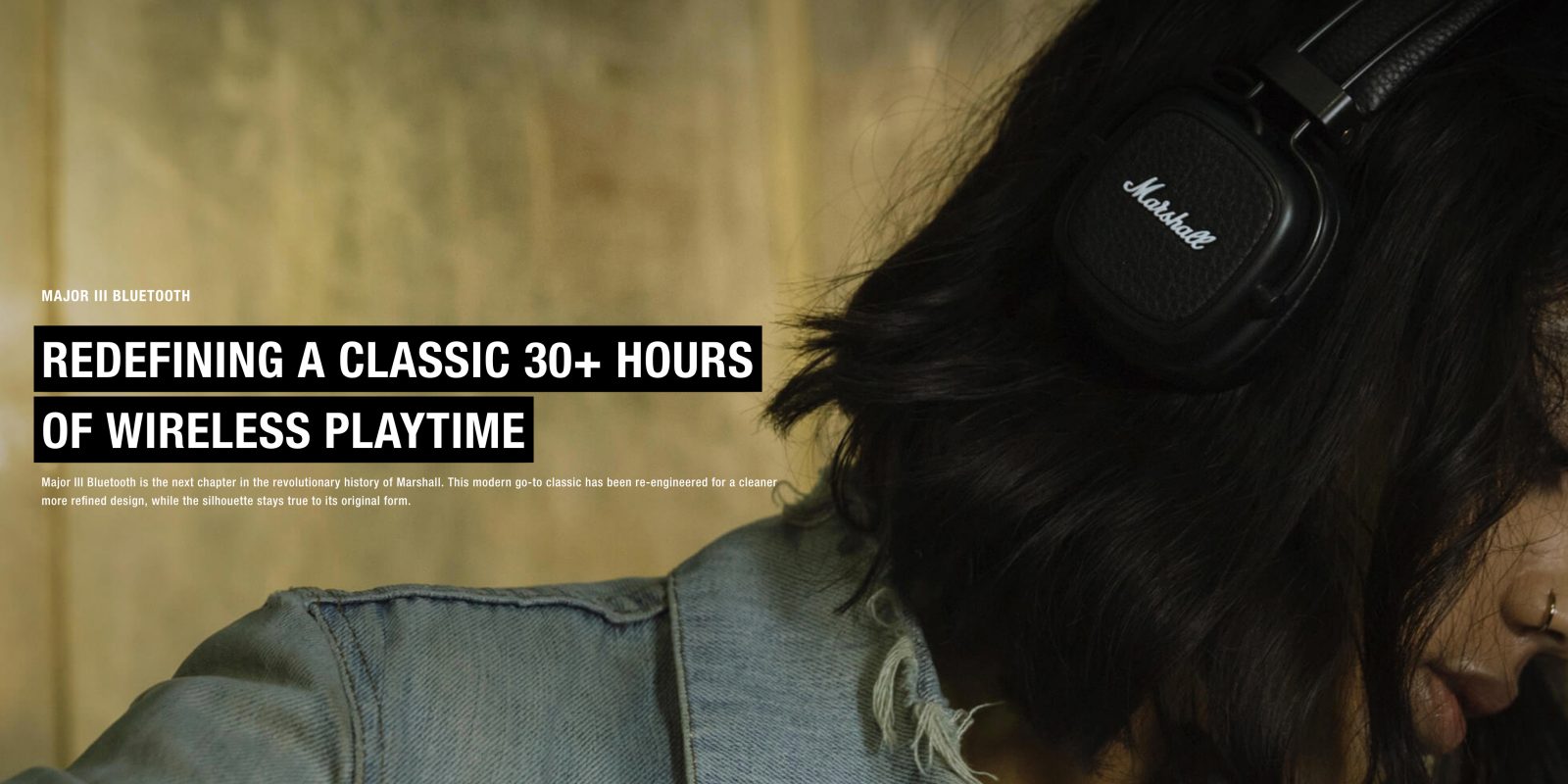 Just a few weeks back, Marshall introduced the new Mid ANC Bluetooth headphones, its first attempt at active noise cancellation in a pair of on-ears. Fast forward to today and the iconic audio brand is now refreshing its most popular headphones with the new Major III.

Designed with various improvements in mind, the latest from Marshall arrives in both wired and Bluetooth configurations to work with modern devices. Originally released back in 2010, the third generation model is refreshed with extra attention to detail all around. More below.

While the new Major III sport an overall familiar design, the folks at Marshall are quick to point out that a variety of improvements have been made here. Leading the way is an entirely re-made headband and earcup system with specific attention paid to comfort during extended listening sessions. New earpads are made from memory foam along with a refreshed hinge system said to alleviate potential pain. Of course, we’re taking Marshall’s word for it here.

You’ll find the same familiar Marshall branding on the new Major III headphones that we’ve come to expect over the years. Kudos to them for consistency, I guess.

Marshall is shipping two versions of the Major III headphones today, in wired or Bluetooth formats, to appeal to the largest audience possible. Both versions arrive with 40mm dynamic drivers, which Marshall says offers improved audio over the previous generation, particularly noting increased clarity on the high-end. 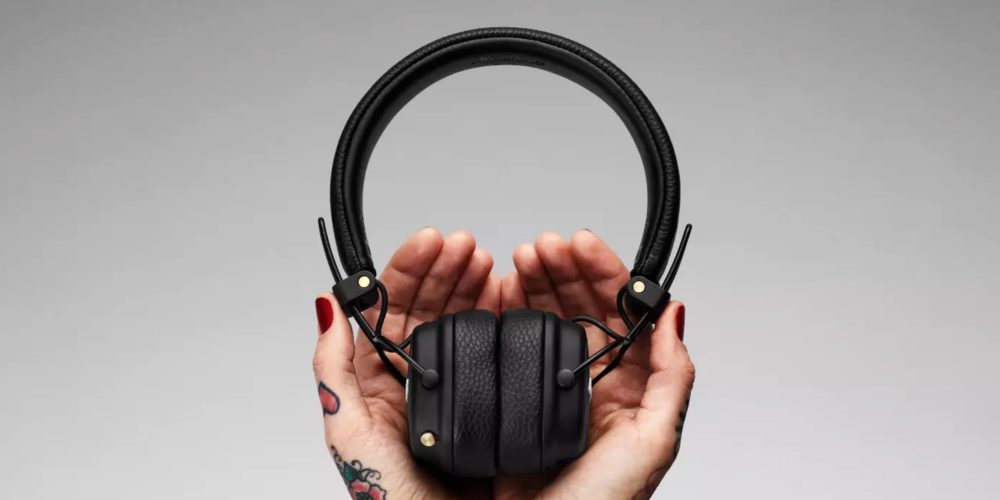 The wireless version hangs on to the excellent battery life of the previous generation, delivering 30-hours of playback on a single charge. That’s among the best we’ve seen in this mid-range class of Bluetooth headphones, right up there with the 40-hours estimated on the Solo3’s from Beats.

You’ll notice very few aesthetic differences between the two models, with the Bluetooth version offering an extra gold button on the side for controlling playback and calling up digital assistants. Otherwise, they are largely identical.

The new Marshall Major III headphones are available for purchase today from Amazon. You’ll find the wired version listed at $80, while the upgraded wireless configuration goes for $150.

Since launching in 2010, the Major has been Marshall’s best selling headphone, with over 2 million units sold. The newest updates to this beloved headphone include, new drivers for improved sound characteristics, updated ear cushions for comfortable all-day wear, and real vinyl details. Major III comes in a wireless Bluetooth version and a standard wired version to suit your listening needs. Both versions are modern classics that have been re-engineered for a cleaner, refined design, while the silhouette has stayed true to its original form.

Major III & Major III Bluetooth are available for purchase at Marshall retailers around the world and online at marshallheadphones.com.

Iconic Sound Major III & Major III Bluetooth feature new 40mm dynamic drivers that have been optimised and carefully tuned to give improved sound characteristics. The headphones have a clear, more defined sound without any compromise on power at lower frequencies.

30+ Hours of Wireless Playtime Major III Bluetooth utilises Bluetooth aptX technology and keeps the music going strong with over 30 hours of wireless playtime on a single charge, leaving the competitors in the dust.

Zound Industries designs and develops speakers and headphones under the brand names Marshall and Urbanears. With a strong focus on innovative technology and user-centered design, Zound has gone from strength to strength since first hitting the market in 2008, launching a wide range of iconic, award-winning products. Zound currently has around 200 employees, with offices in Stockholm, New York, Paris, Shenzhen and Hong Kong. In 2017 turnover hit an all-time high of SEK 1.4 billion. In February 2018, Zound announced a new collaborative partnership with Adidas, with initial products due to hit the market in 2019.