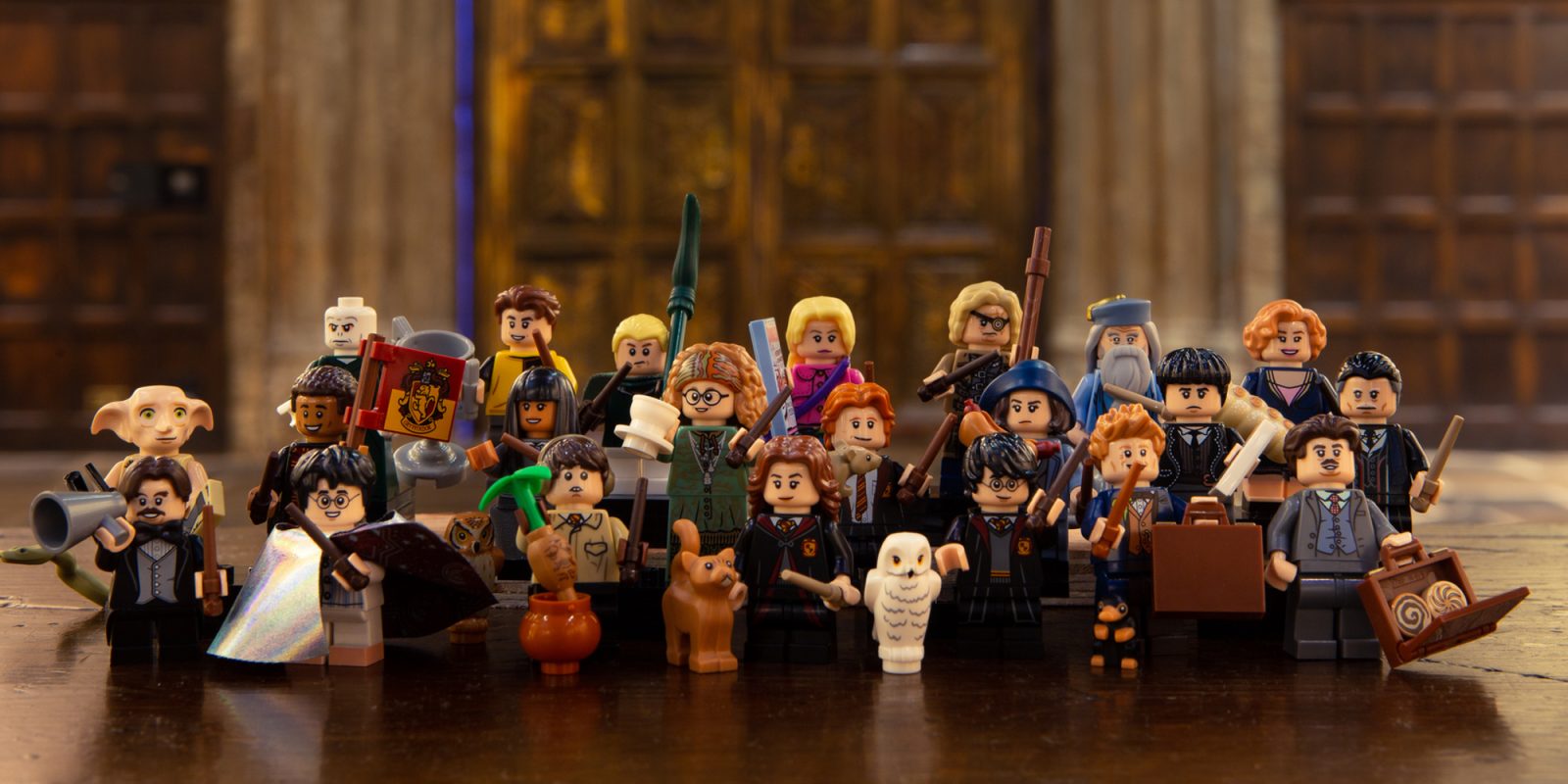 While adorning your shelves with massive kits from the Ultimate Collectors Series may be the goal for many LEGO fans, minifigures are an equally coveted part of the whole LEGO experience. In recent years we’ve seen over 20 sets of collectible figures, and today LEGO has announced 22 new releases.

Hot off of last week’s announcement of two new Hogwarts-themed builds, LEGO is back with an all-new minifigure series stemming from the wildly popular Wizarding World. And just like the recent releases, today’s debut can be split into two different groups, those from the original Harry Potter series and those from the more recent Fantastic Beasts franchise.

In total we’ll be getting 22 all-new minifigures in the most recent Collectible Minifigures Series that spans a wide range of characters. Traditionally, LEGO has opted to fill its blind-bag style minifigure collectibles with their own characters, rather than those from an existing series. Back in January, in celebration of the minifigure’s 40th birthday we got the latest series and the today’s announcement will be the second set released this year.

It hasn’t been uncommon for LEGO’s Collectible Minifigures Series to partner with another lineup of kits, with Batman having not just one, but two different collections of figures. That makes today’s new Harry Potter figures the second release from an already existing series to get the collectible minifigure treatment. 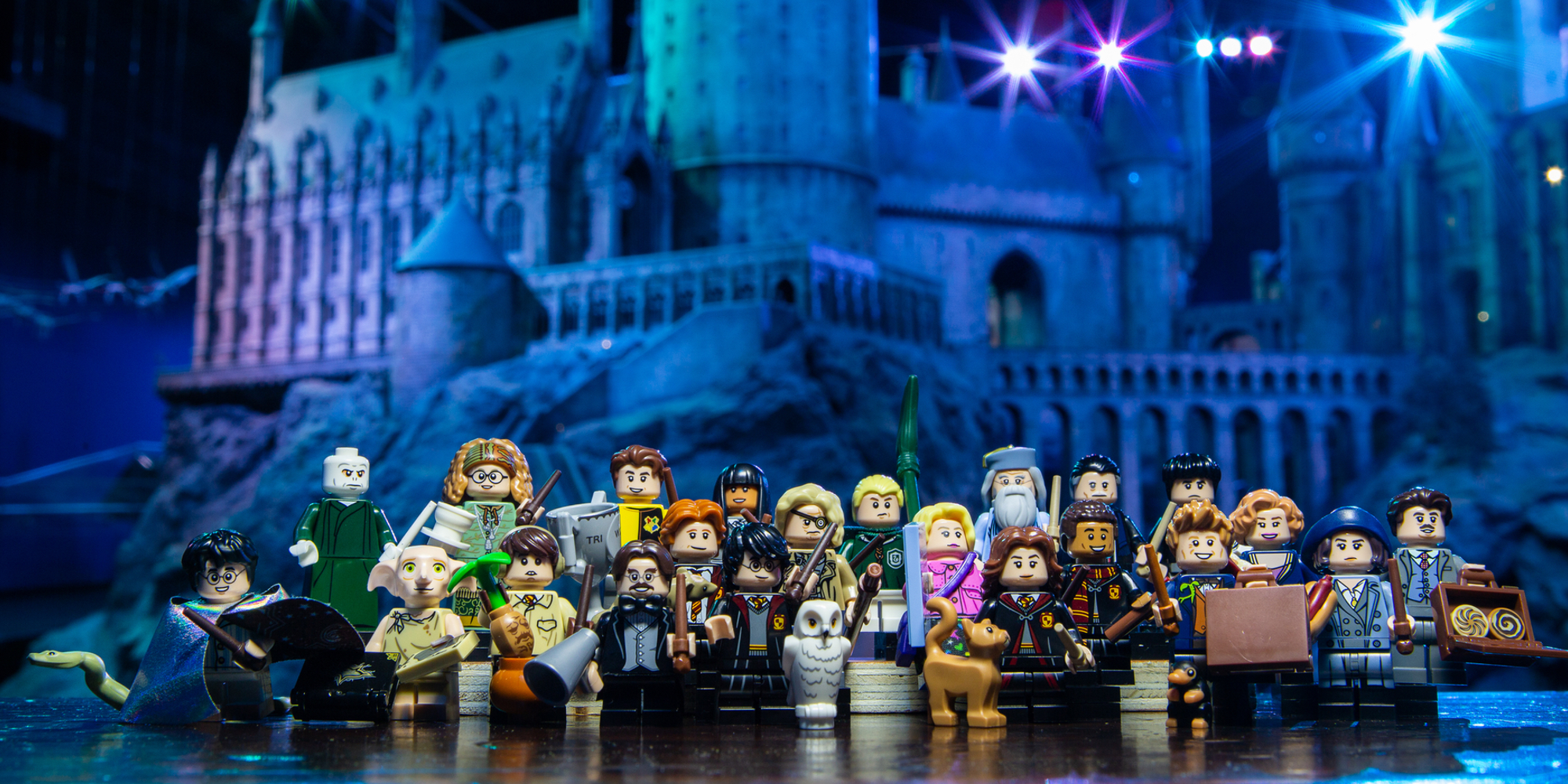 For those unfamiliar with how the Collectible Minifigures Series works, each of the characters comes packaged in opaque plastic packaging, meaning the figure you get will ultimately be random. It’s pretty easy to feel which minifigure you’ve got your hands on based on their included accessories but collecting the entire cast of characters still won’t be an easy feat.

Amongst the 22 new figures, you’ll find a pretty diverse cast of characters spanning the film franchise. Of course, there’s Harry, Ron and Hermione all in their signature school robes, alongside other fan-favorite characters like Dobby, Lord Voldemort and Dumbledore. The main cast of Fantastic Beasts is included in the kit as well, with Newt Scamander and Jacob Kowalski making yet another LEGO appearance beside both Tina and Queenie Goldstein. 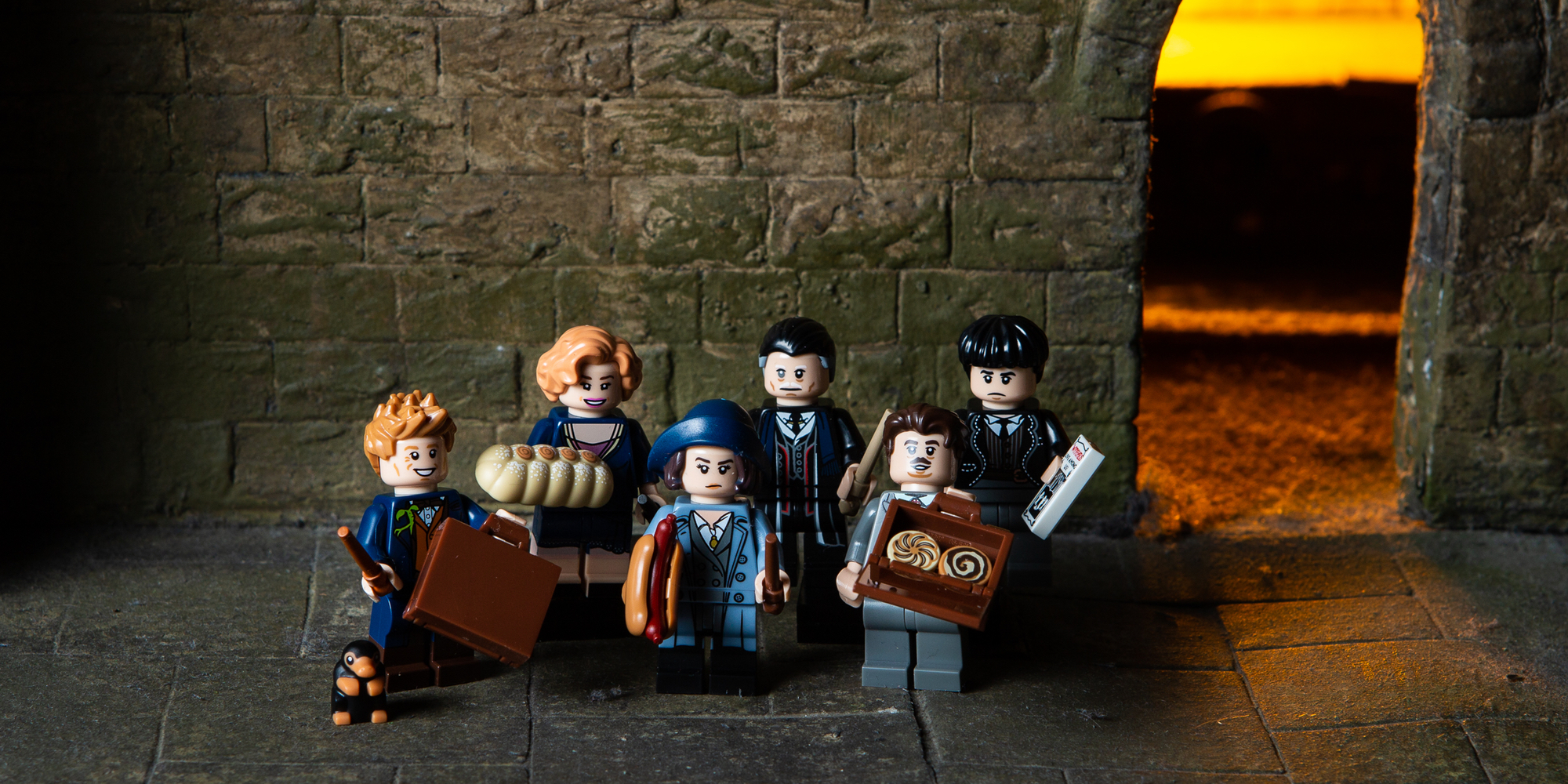 As always with the Collectible Minifigures Series, each of the characters includes a signature accessory, in this case ranging from cats and owls to wands. Similar to previous releases, there are a few duplicate characters included sporting a few different figure designs. In this case there’s just a single repeat, with Harry himself appearing in not only his school robes, but also the Invisibility Cloak and his pajamas.

The new Collectible Minifigures Series from the Wizarding World will be available starting August 1st and will carry the expected $3.99 price tag. Compared to previous figure collections, this by far the best one released to date, with all of the characters sporting tons of intricate printing and great new accessories. Many of the figures are likely to remain Collectible Minifigures Series exclusives, so getting your hands on them all might prove tricky if you’re looking to complete your Hogwarts collection.

Newt Scamander – As a Magizoologist and author of the book Fantastic Beasts and Where to Find Them,Newt Scamander studies magical creatures and educates the Wizarding World about why they are important.

Jacob Kowalski – Jacob Kowalski’s chance encounter with Newt Scamander introduces him to theWizarding World and takes him on an adventure beyond his wildest dreams.

Tina Goldstein – Tina Goldstein is a smart and determined witch who works for MACUSA (Magical Congress of the United States of America) as an Auror investigating wizarding crimes.

Credence Barebone – Credence Barebone, a troubled young man with a deeply powerful secret,struggles between his mother’s fanatical teachings and his longing for the freedom of the forbiddenWizarding World.

Percival Graves – The Director of Magical Security at the Magical Congress of the United States, Percival Graves is a respected law-enforcing Auror with a mysterious connection to an infamous Dark wizard.

Luna Lovegood – A unique Ravenclaw student at Hogwarts School of Witchcraft and Wizardry, Luna Lovegood is known for her dreamy behavior and quirky outlook on life.

Neville Longbottom – Neville Longbottom, an earnest Gryffindor student at Hogwarts School of Witchcraft and Wizardry, exhibits a deep reserve of courage despite being prone to mishaps and the victim of pranks.

Cho Chang – Cho Chang is the Seeker on the Ravenclaw Quidditch team at Hogwarts School ofWitchcraft and Wizardry and a brave member of Dumbledore’s Army.

Dean Thomas – Dean Thomas, a Chaser on the Gryffindor Quidditch team at Hogwarts School of Witchcraft and Wizardry, is new to the Wizarding World having been raised by Muggles before discovering his magical heritage.

Lord Voldemort – Obsessed with achieving great power and immortality, Dark wizard Lord Voldemort recruited an army of like-minded wizards and evil creatures to serve him in conquering the Wizarding World.

Dobby – A true and loyal friend, Dobby the house-elf disobeys the Malfoy family, his owners, to protect Harry Potter.

Cedric Diggory – The talented, well-liked, and athletic captain of the Hufflepuff Quidditch team, Cedric Diggory is selected alongside Harry Potter as the Hogwarts champion in the dangerous Triwizard Tournament.

Mad-Eye Moody – Alastor “Mad-Eye” Moody is a famous law-enforcing Auror and member of the Order of the Phoenix. At Hogwarts, Mad-Eye becomes the Defense Against the Dark Arts professor.

Professor Flitwick – Small in stature but great in intelligence, Professor Flitwick, Head of Ravenclaw House and Charms Master at Hogwarts School of Witchcraft and Wizardry, is known for being a fair teacher with a good sense of humor.

Professor Trelawney –Sybill Trelawney is the Professor of Divination at Hogwarts School of Witchcraft and Wizardry and a talented Seer with the magical ability to predict the future.

Albus Dumbledore – Beloved Headmaster of Hogwarts School of Witchcraft and Wizardry, Albus Dumbledore is considered to be one of the most powerful wizards of all time and is a kind and wise mentor to Harry Potter.

Harry Potter in School Robes – A Gryffindor student at Hogwarts School of Witchcraft and Wizardry, Harry Potter is accompanied by his pet snowy owl Hedwig and is a skilled wizard and true force for good in the Wizarding World.

Ron Weasley in School Robes – One of Harry Potter’s best friends, Ron Weasley is part of a large familyof witches and wizards from which he inherited his unusual pet rat Scabbers.

Hermione Granger in School Robes – Raised by Muggles, Hermione Granger is determined to become the best witch she can be by using hard work and intellect. She is best friends whith Harry Potter and Ron Weasley and is accompanied by her pet cat Crookshanks.

Draco Malfoy in Quidditch Robes – The spoiled, snooty son of a long line of witches and wizards, Draco Malfoy has a well-known rivalry with classmate Harry Potter both on and off the Quidditch field.

Harry Potter in Pajamas – Harry Potter receives an Invisibility Cloak as a surprise Christmas present during his first year at Hogwarts School of Witchcraft and Wizardry.