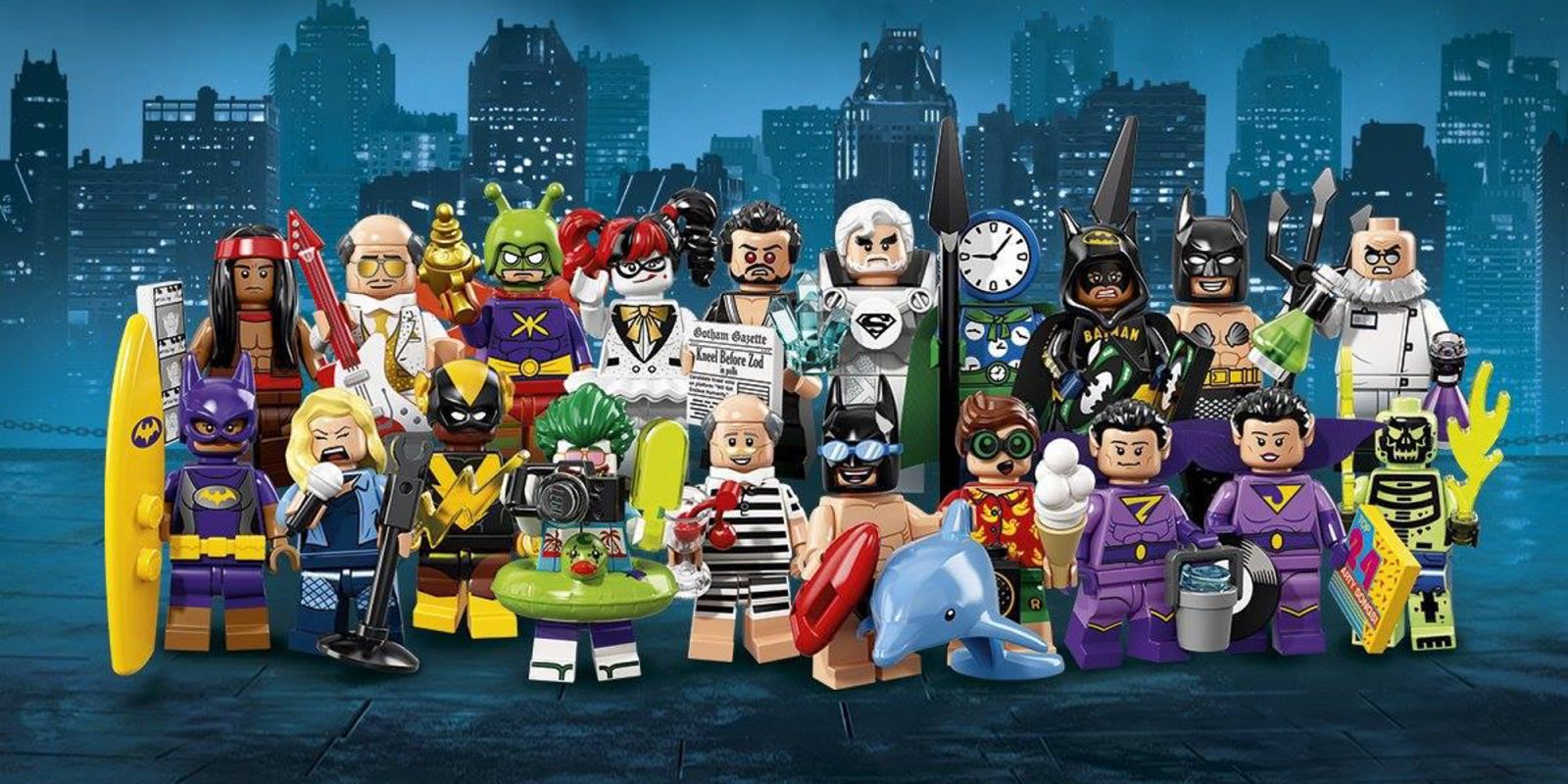 If this morning’s coverage of the new Mack Anthem truck wasn’t enough to slake your thirst for LEGO, the company took to Twitter today to announce a new line of LEGO Batman Movie Minifigures. Series 2 will introduce hilarious new inclusions to your minifigure collection like Mermaid Batman, a Tropical Joker and Soccer Mom Batgirl, but you’ll want to head below to see the whole cast of figures.

Following the success of the standard line of Collectible minifigures, the second wave of LEGO Batman Movie figures comes packed with 20 different characters. Fitting the humor of the movie quite nicely, these new figures include wacky variations on the Dark Knight and his misfit band of heroes. So if you’ve ever dreamed of adding vacation-ready Batman-themed minifigures to your collection, it’s your lucky day.

Series 2 isn’t only filled with hilarious variants, as we’re seeing some notable new characters entering the LEGO world for the first time. More hardcore fans will recognize characters like Jor-el, the Clock King, the Wonder Twins and a few others. These new releases offer some interesting new elements as well and are sure to be a huge hit with Batman and LEGO fans alike.

As always, with these collectible figures, they will be retailing for $3.99 each and will be coming to store shelves sometime at the beginning of 2018. Have a favorite fig you’re looking to add to your collection? Let us know! As for me, there’s a particular spot on my shelf for the Swimming Pool Batman.