Behind the Screens: Damien’s custom video editing workstation for 9to5Google 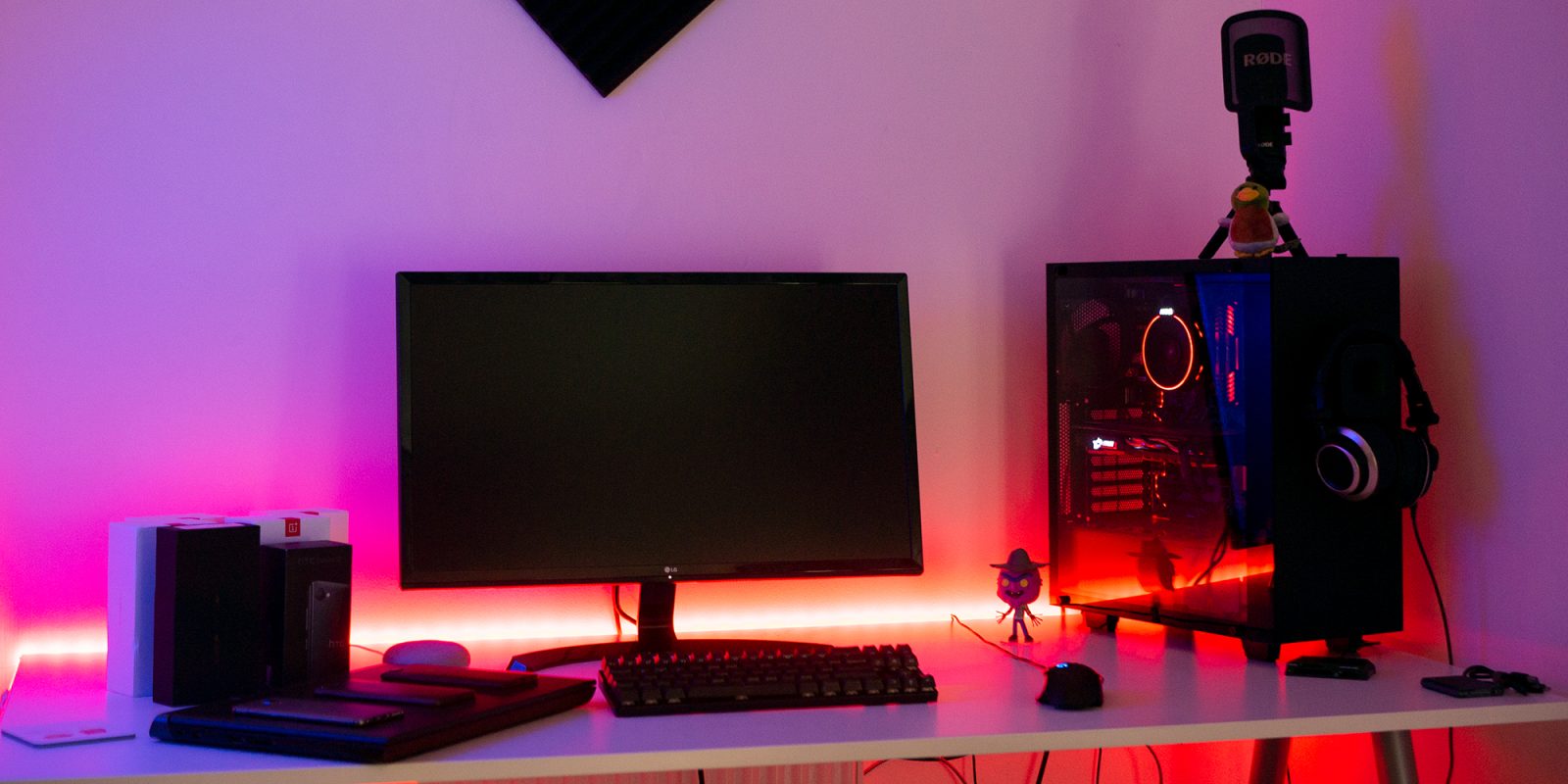 Behind the Screens is a weekly 9to5Toys series that takes you through our writers’ setups, be it mobile, desktop, gaming or home theater. Next up is Damien Wilde, Videographer at 9to5Google.

I’ve been lucky enough to always have my own dedicated workspace. But last year I finally moved out of an apartment into a proper house, which means I’ve gained a much larger office space to really work with. Honestly, I’d have to say that it’s still a major work in progress, but it’s getting there slowly but surely. Unlike vast portions of the US, space is at a real premium over here in Leeds, UK — where I’m based. This means I’ve really got to work with what I have available. Access to IKEA is definitely not a problem though! So almost all of my office furniture has come from the Scandinavian brand — I really adore the simple aesthetics and basic colors.

I’d definitely say that my PC build is the main attraction of my entire setup. I was a Mac user in the past, but to be frank, I got to the point where I now find the hardware underwhelming for the price. That was one of the major driving forces behind why I wanted a complete build that I could tailor directly to me. Couple that with the fact that I’m a Premiere Pro video creator, means that unless I suddenly change to Final Cut, then a Mac setup just isn’t worth the money in my case. Up until the release of the Ryzen platform I had always been an Intel + Nvidia guy. But the performance per dollar benefits of AMD’s Ryzen were too much of a draw for me to instantly dismiss Team Red.

I’m a huge fan of color-coded PC builds, so everything internally had to adhere to my red and black color scheme. The problem was that it meant I had to pay quite a lot more than I ‘should’ have — around $1800 after conversion from £GBP — but I got the PC build that helps me produce 4K video and with a little headroom for some 4K gaming. To be completely honest, I don’t that get much time to sit and play!

In all likelihood, I’ll eventually upgrade the RAM by a further 32GB, but it flies through almost anything I can throw it right now. The added bonus is that what little gaming I do at 4K is a dream come true.

As for the cable management, that needs some serious work. I’m undecided about my layout just yet, which is why I haven’t really tackled it properly. But it’s something I’m definitely focused upon getting tidy — hopefully the next time I showcase my setup it has changed! 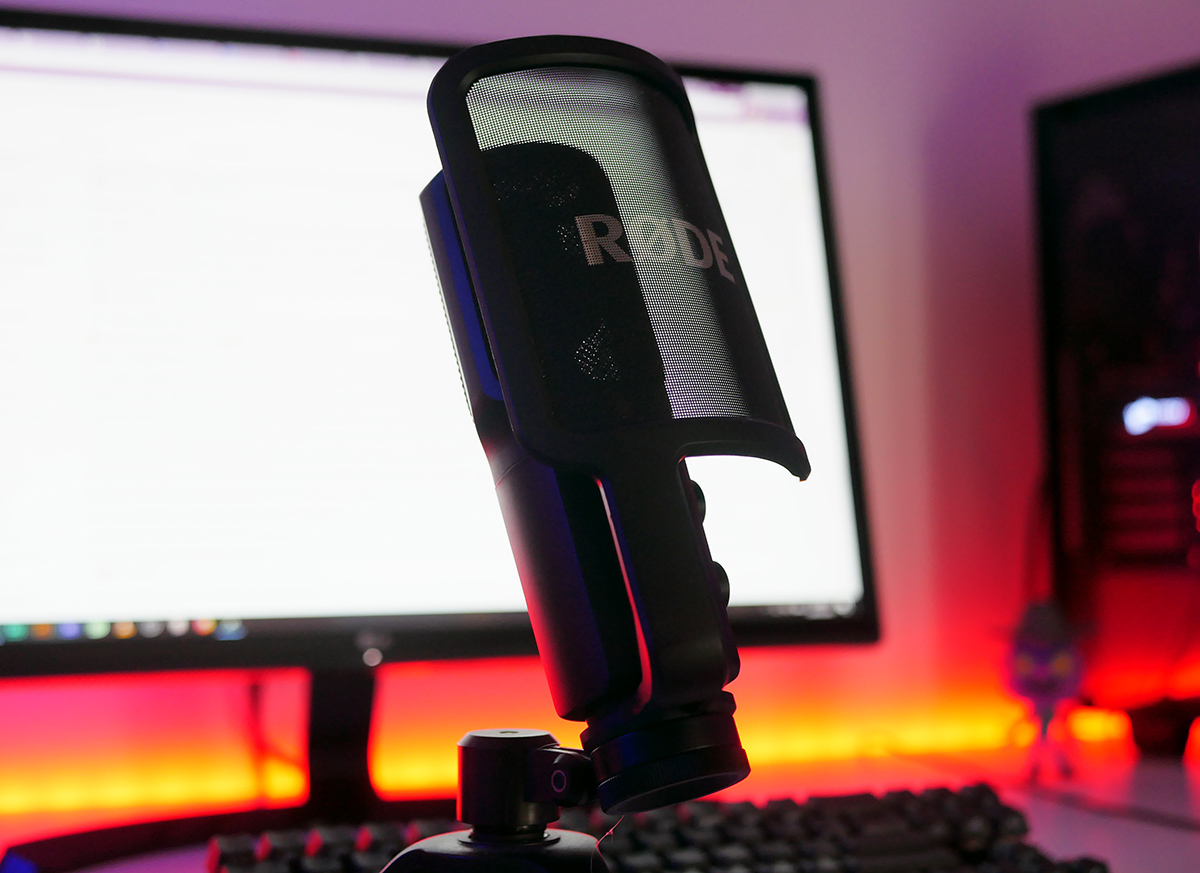 The main bulk of my audio is recorded via the Rode-NT USB microphone. It’s not perfect by any means, I have had some issues with echo and noise dampening since moving into my new space, but that is through no fault of the equipment. I really like the fact it comes ready to record with a basic pop filter and stand.

The sound quality for the price is great for anyone wanting to improve their own recording output. For any face-to-cam videos, I have a makeshift mic stand and Rode Videomicro setup which rarely makes an appearance but gives me the option. For under $60, that little microphone is simply sublime. I’ll likely upgrade to an XLR microphone in the coming months, but for now, I’m happy with this wallet-friendly setup. Plus, it’s all relatively nice and portable.

I’ve kind of developed a micro-obsession with mechanical keyboards since a friend let me use his DAS keyboard. Since then I’ve stuck to the low-to-medium end of the cost spectrum. I was sent this keyboard about 8 months ago and it has become my favourite small form factor keyboard that I own. I really like the wire-free style and smaller form, as it gives me more room on the desk for other things — or less clutter. The replica Cherry MX Blue keys feel nice and light with that satisfying click — not ideal when typing late into the evening though! 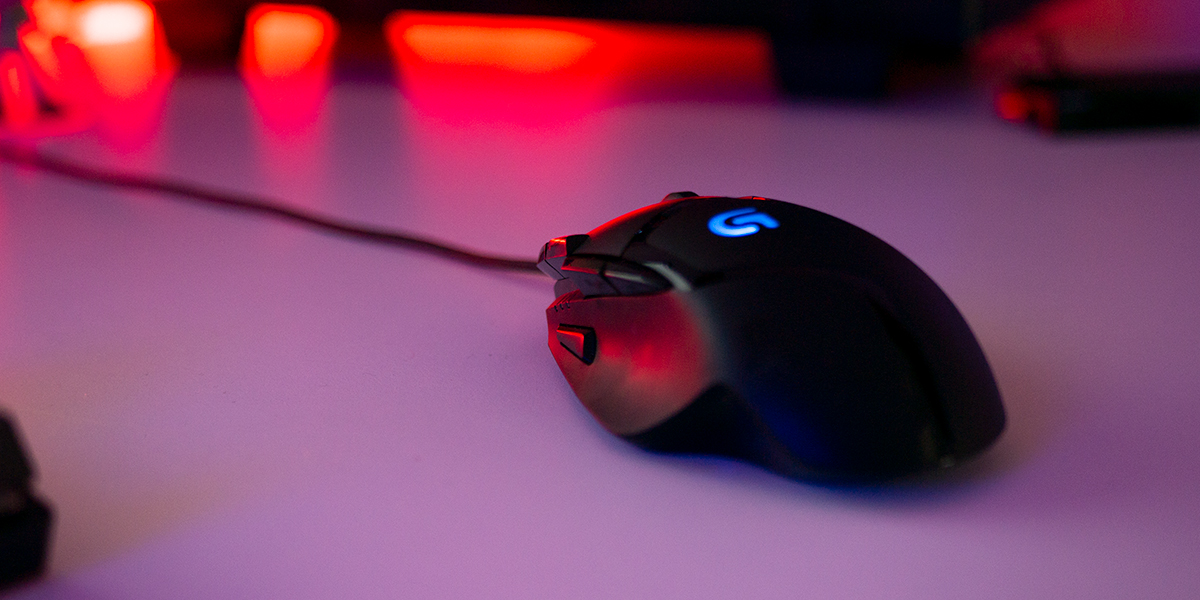 As much as I would love to have a good high-quality wireless mouse, I can’t seem to let go of the G402. It’s just so comfortable to use. I picked this up for around $20 during a flash sale on Amazon around 2 years ago and haven’t been able to use anything else since. It’s great for gaming — although I prefer using a pad for most of the third-person single player games I play — and I’ve set up the buttons for video editing productivity too. No doubt I’ll likely stick with Logitech for future mice. Maybe in a red and black colorway next time. 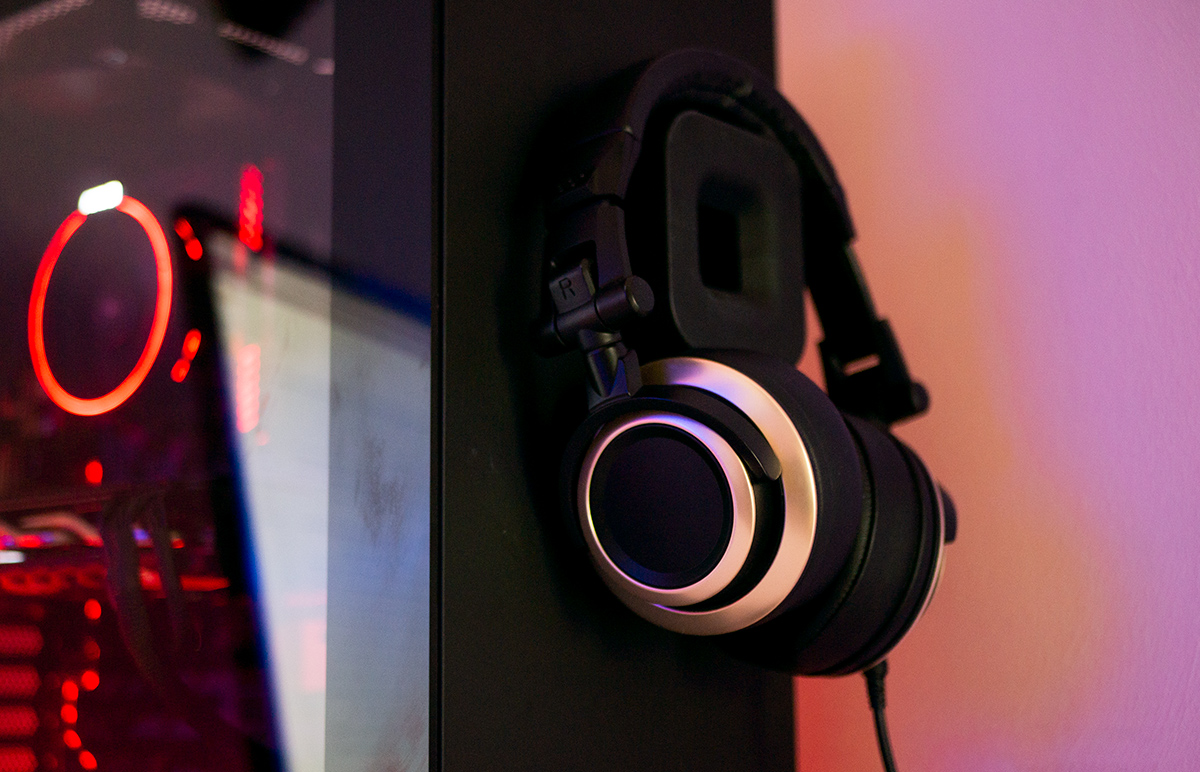 I’ve always had good quality speakers, but the acoustics in my previous office could only be described as worse than terrible. This meant that I decided to ditch the speakers and invest in some decent quality headphones, but my budget at the time only stretched to around $100. After a little research and digging, I found out about Status Audio. They make headphones that are completely unbranded, sound great and are really comfortable for under $65 — the perfect price point for my budget at the time. They’re nothing special, but if you dig around for reviews online then you’ll quickly see just how well they stack up against some of the bigger names in the audio industry. I’m pretty sure they stack up well against Jeff’s prefered Audio Technica ATH-M50x’s too.