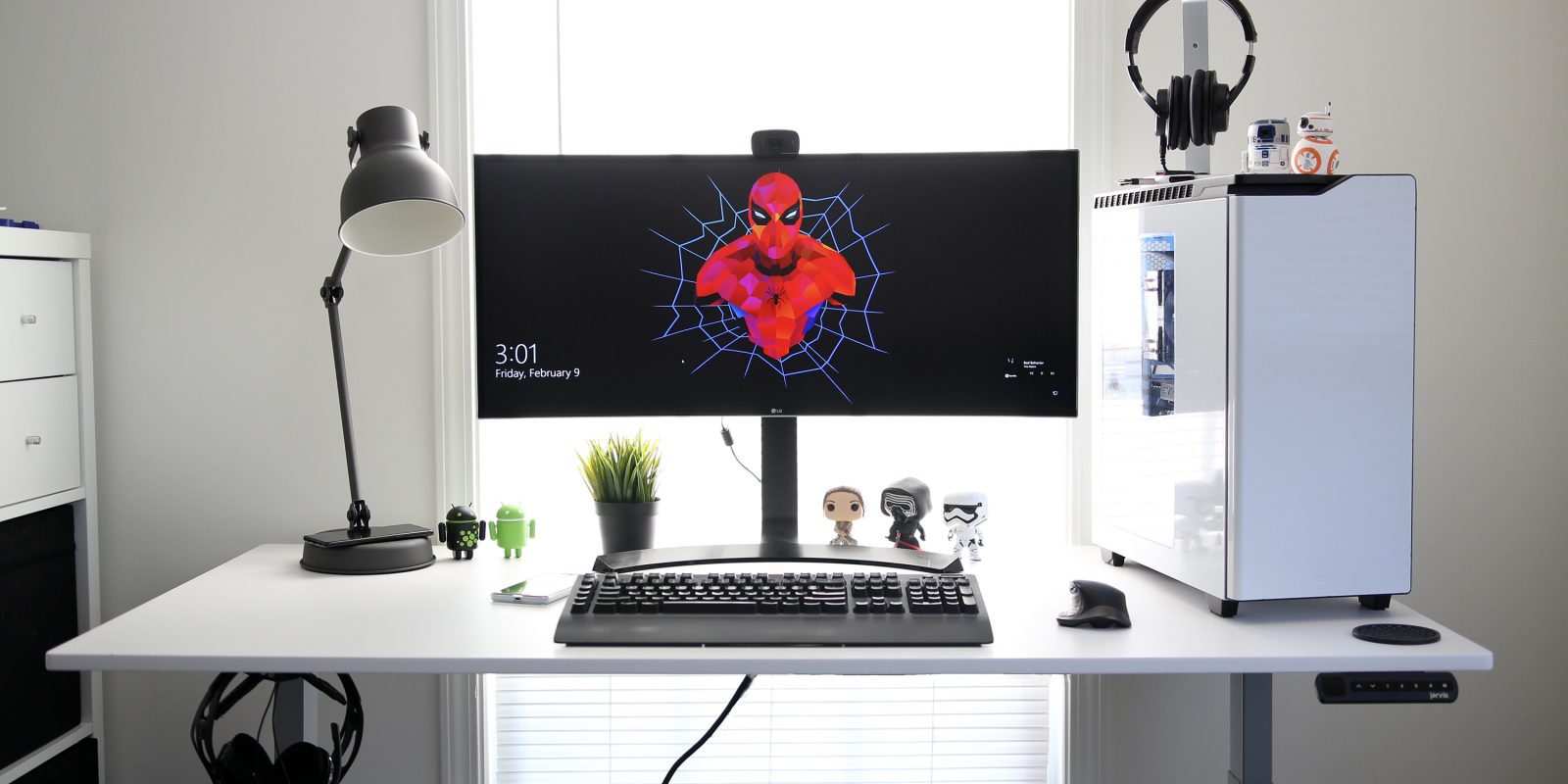 Behind the Screens is a weekly 9to5Toys series that takes you through our writers’ setups, be it mobile, desktop, gaming or home theater. Next up is Ben Schoon, a 9to5Google writer.

My workspace has evolved a lot over the years, but now that I’ve recently moved to a larger home, I finally have the flexibility I’ve always wanted for producing content on 9to5Google.

Unlike many of my colleagues here at the 9to5 network, my setup is based around a desktop computer powered by *gasp* Windows 10. While none of them agree with me on OS preference, it has long been the core of my daily work, and has ended up inspiring a lot of my setup as a result.

First, let’s take a look at that PC itself. Built in May of 2016, the goal of this build for me was to create a machine that could handle plenty of tabs in Chrome, light editing in Photoshop, work in Adobe Premiere Pro, and, of course, some PC gaming. For the past two years, this build has powered me through all of that and more.

Inside, the machine is powered by an Intel Core i5-6600K processor, 16GB of RAM, and a GTX 1060 6GB graphics card. None of these are mind-blowing or overkill specs, but they work for my needs. Along with that, I’ve got a 240GB SSD for boot and primary storage, as well as multiple HDDs for extra storage of games and video files. Finally, that’s all wrapped up inside of the NZXT H440 case, which keeps all that horsepower extremely quiet, even under load.

As for the display connected to my PC, I’ve chosen to go with a 34-inch UltraWide monitor from LG. Specifically, the model I’m using is the LG 34CB88-P, but there are more affordable alternatives available at this point which are basically identical. For a workday that consists 90% of writing, an UltraWide monitor is absolutely the way to go.

The 21:9 aspect ratio of this monitor combined with the 3440×1440 resolution gives me plenty of room for Chrome, Photoshop, Slack, and more all to be ready to go at any given time. Plus, when work is done for the day, the added screen real estate is fantastic for PC gaming. 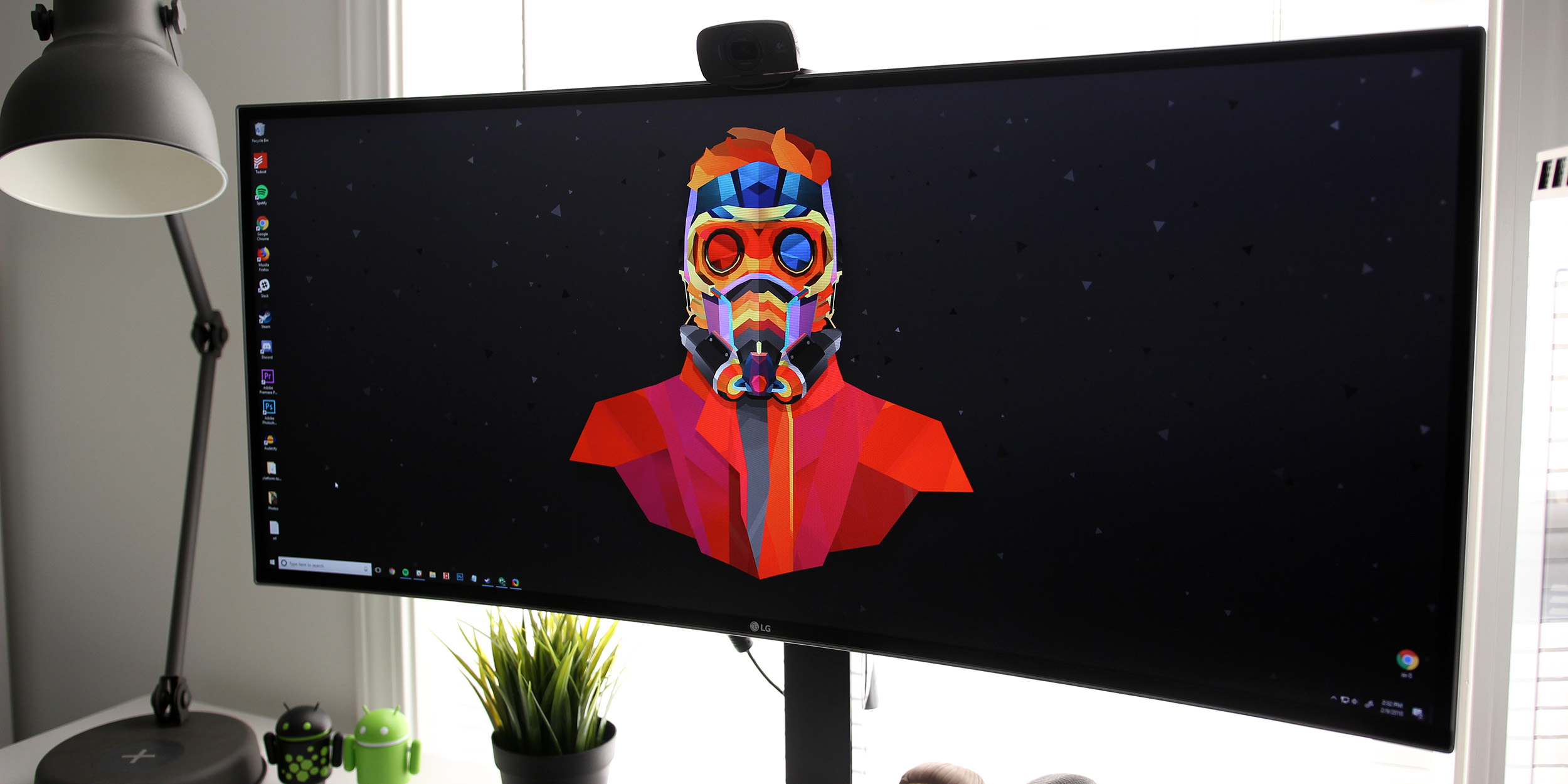 LG’s ultrawide monitors cost a pretty penny, but they’re well worth it in my experience. Oh, and the collection of wallpapers from Justin Maller, expressing the superhero nerd I am, look great on the massive display.

For interacting with my PC on the daily, I have a keyboard and mouse, and I’ve finally found a setup that gives me exactly what I want, without any wires. Firstly, I’ve got the standard-blogger Logitech MX Master. Currently, that’s still the first-generation version, but when it eventually gives out, I’ll very likely head to an MX Master 2S, solely for the extra battery life. 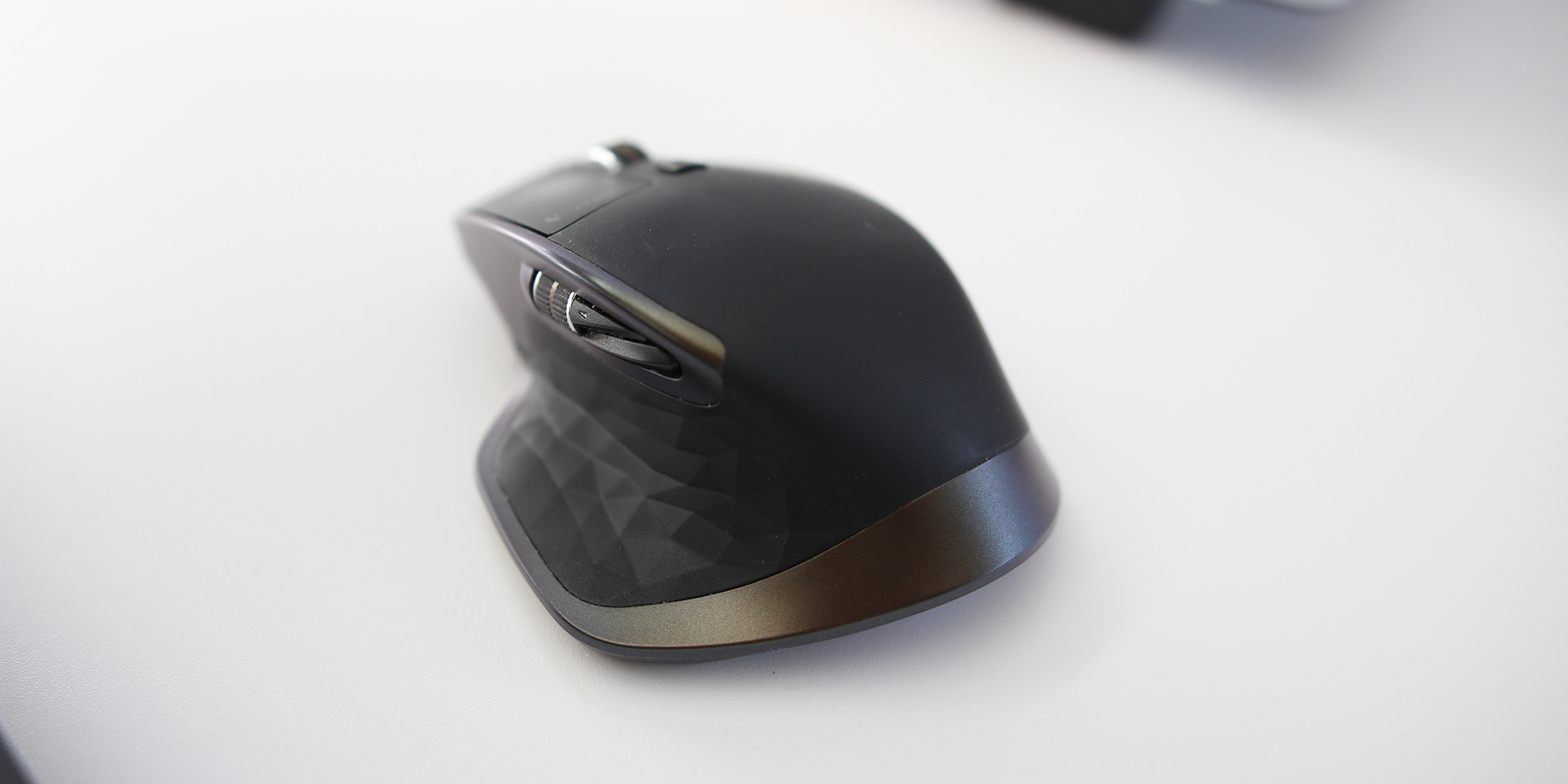 Along with that, my keyboard is the Logitech G613 wireless gaming keyboard. Personally, I love having travel on my keyboard, so a mechanical option has been the way to go for years. Previously, I was using a BlackWidow Chroma V2 from Razer, but a wireless connection, and killer Black Friday sale pushed me over to Logitech, and I’ve been loving it since. It works great for my day-to-day use while writing, and transitions into gaming fantastically as well. 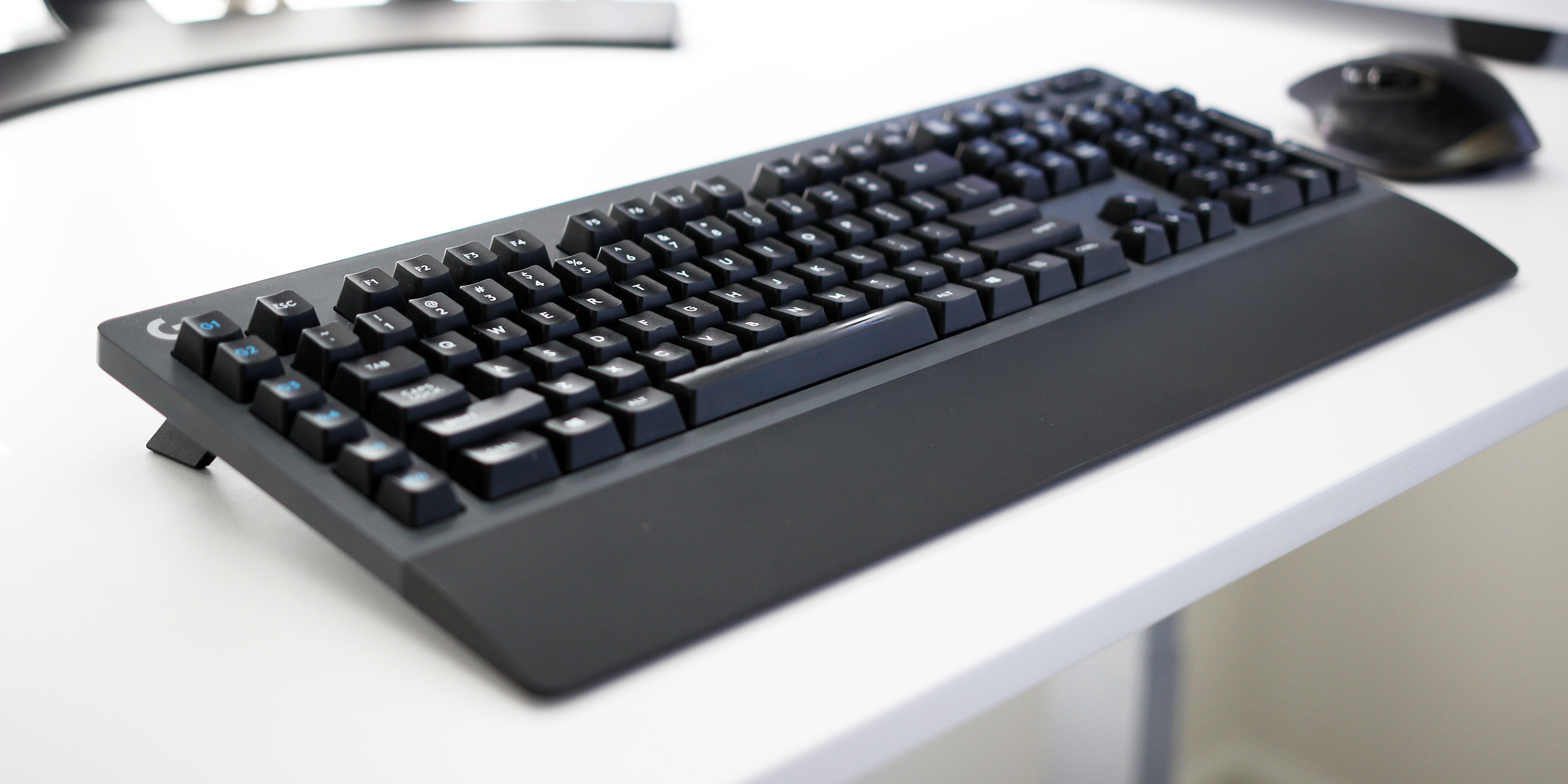 The biggest part of my setup is, of course, the desk itself. I’ve been using a standing desk for the past couple of years, and for a lifestyle that lands you on a computer all day, it’s the way to go. I swap between my chair and standing at the desk several times a day, and it really helps keep me productive.

The desk I’m using here is the Jarvis standing desk from Fully, with a white tabletop from the same company. It’s a great setup that isn’t too ridiculously expensive either, with the frame coming it at around $500. The extra weight capacity the Jarvis has over some competitors also comes in handy with the 40+ lb. PC sitting up top. Two years in, the desk still works great.

When I’m not standing at my desk, though, I use a chair purchased from Staples. The “Hyken” is a pretty simple mesh chair that costs just $129. It’s well-built, adjustable in all the ways I need, and very comfortable. 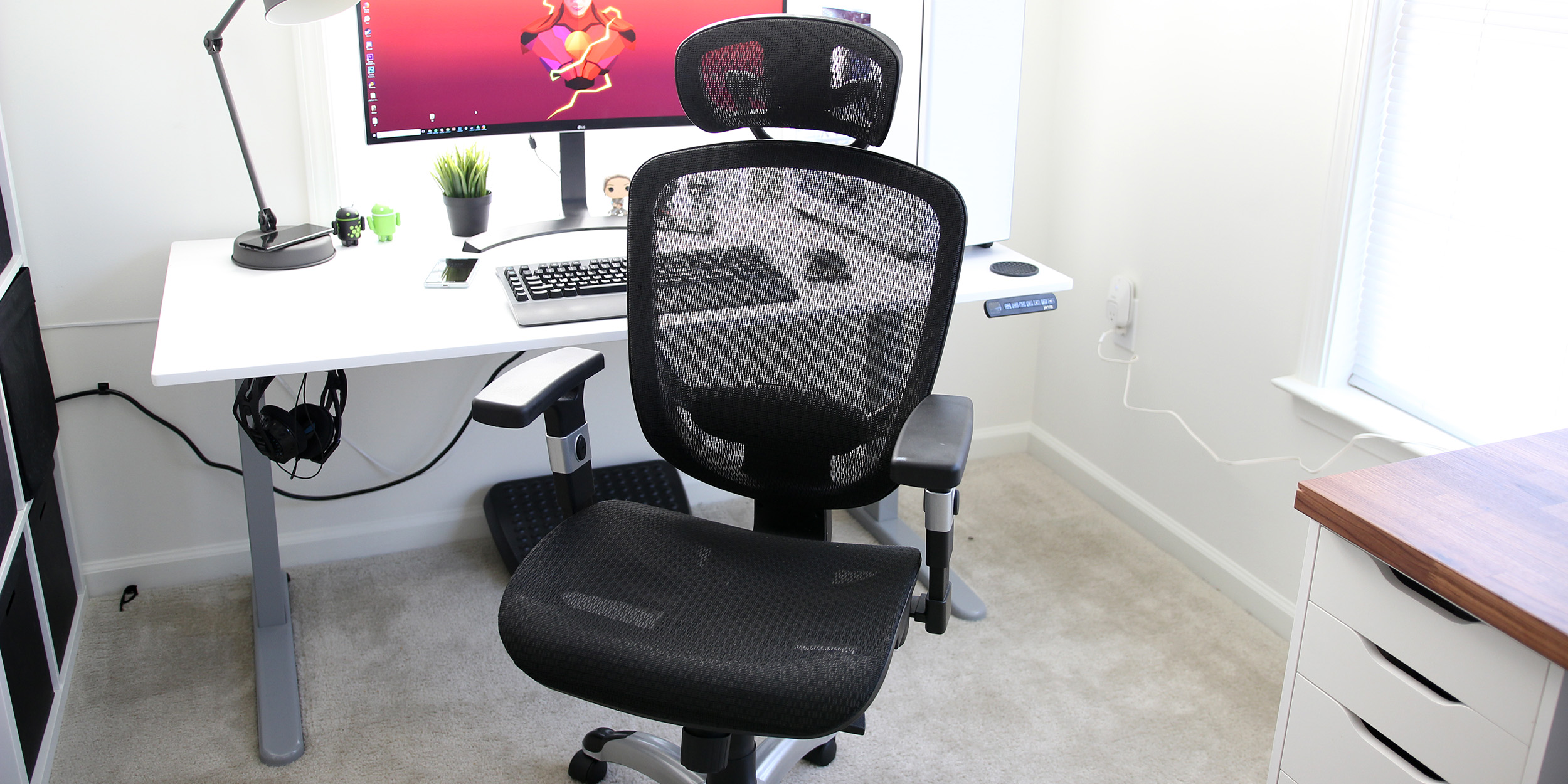 Sitting on my desk, I have a collection of accessories to decorate it, as well as to give me some extra functionality. If you hadn’t noticed, I don’t have any speakers on the desk itself, as I generally listen to music over a set of Bluetooth speakers and edit videos with a pair of Audio-Technica M40x headphones.

Those headphones sit up on top of my PC with a Satechi headphone stand which also gives me a few extra USB 3.0 ports. Along with that, I have a couple of Star Wars Funko Pops on the desk, as well as a Hektar lamp from Ikea that packs wireless charging, and a couple of Android figures.

Aside from writing, the other purpose of my office is for video and photo work. On 9to5Google, you’ll often find my photos at the lead of articles, and videos over on our channel. To do that, I have a couple of cameras and some extra gear to get that done.

First and foremost, there’s the trusty Canon T3i I’ve been using for years. This camera is fairly basic, but paired with a Sigma 18-35mm f/1.8 lens, it takes stunning pictures. The other camera I use often is a Panasonic Lumix G7 which is paired with a Lumix G X Vario II 12-35mm f/2.8 lens. This camera is my dedicated shooter for videos, as the compact size, lightweight body, and 4K recording come in handy for that use case.

With my cameras, I also use a Ravelli video tripod and a set of Dracast LED lights. From time to time, I also use an extension arm for overhead shots, and a 31” slider from Kamerar. For audio, I use an H4n from Zoom.

On the other side of my office, there’s a “set” that I’m in the process of putting together for video work. At the core of that, there’s an Ikea countertop that looks absolutely fantastic on camera, placed on top of two Alex drawer units also available at Ikea. 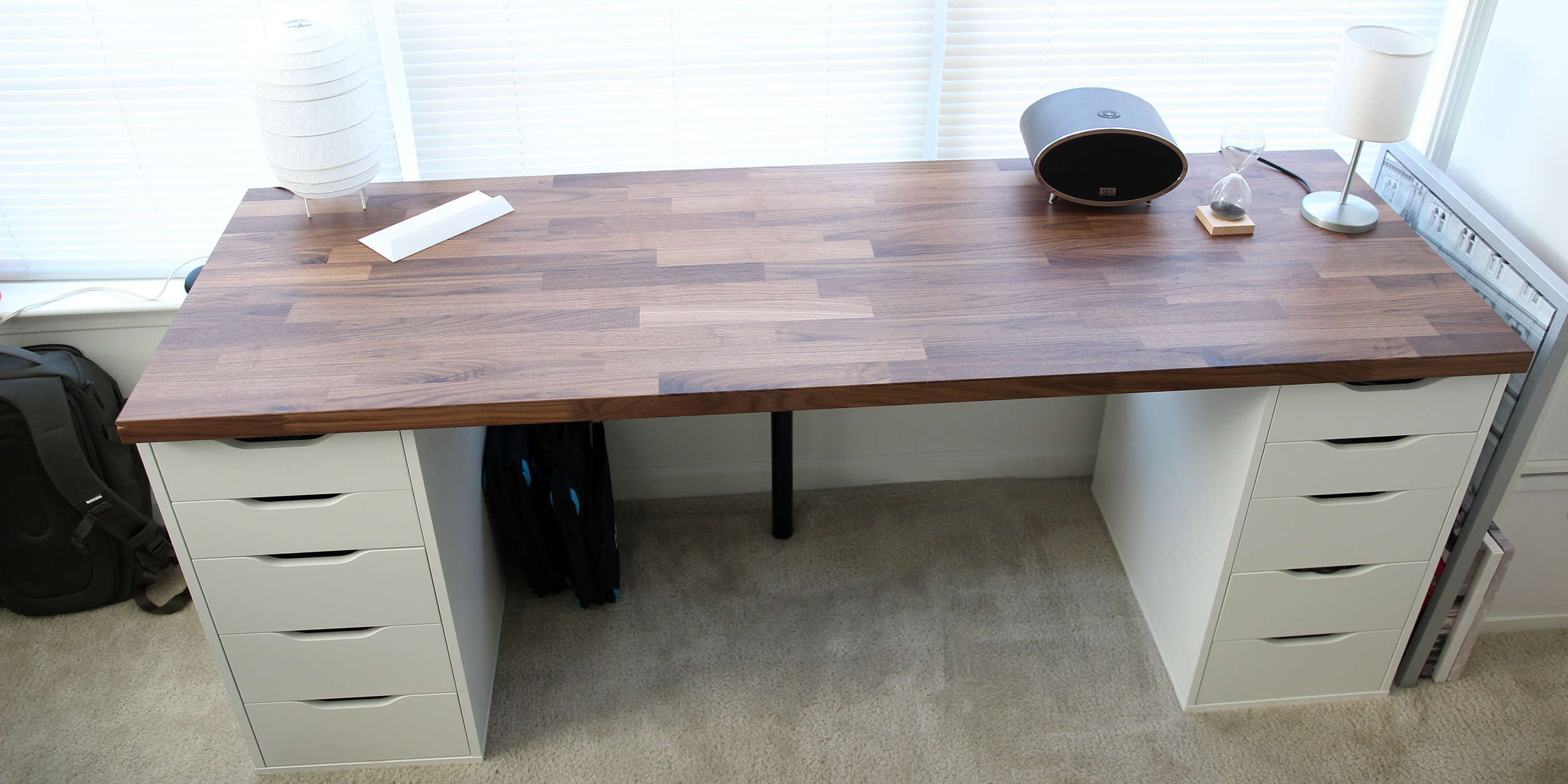 So far, this setup has done me well (as you can see below), and it’s only going to evolve as more accessories land on top of it.

On my setup, I still want to adjust a few things. I’d like to get a few more knick-knacks for using in video shoots for 9to5Google, and a good set of speakers for my desk. I’d also like to upgrade things like my footrest, as well as maybe some eventual upgrades to my PC specs.

As the past few years have shown me, I’ll never really stop evolving my setup, so if you ask me 6 months from now what it looks like, I’m sure something massive will have changed. Right now, though, I absolutely adore this setup, and love working at it each day.