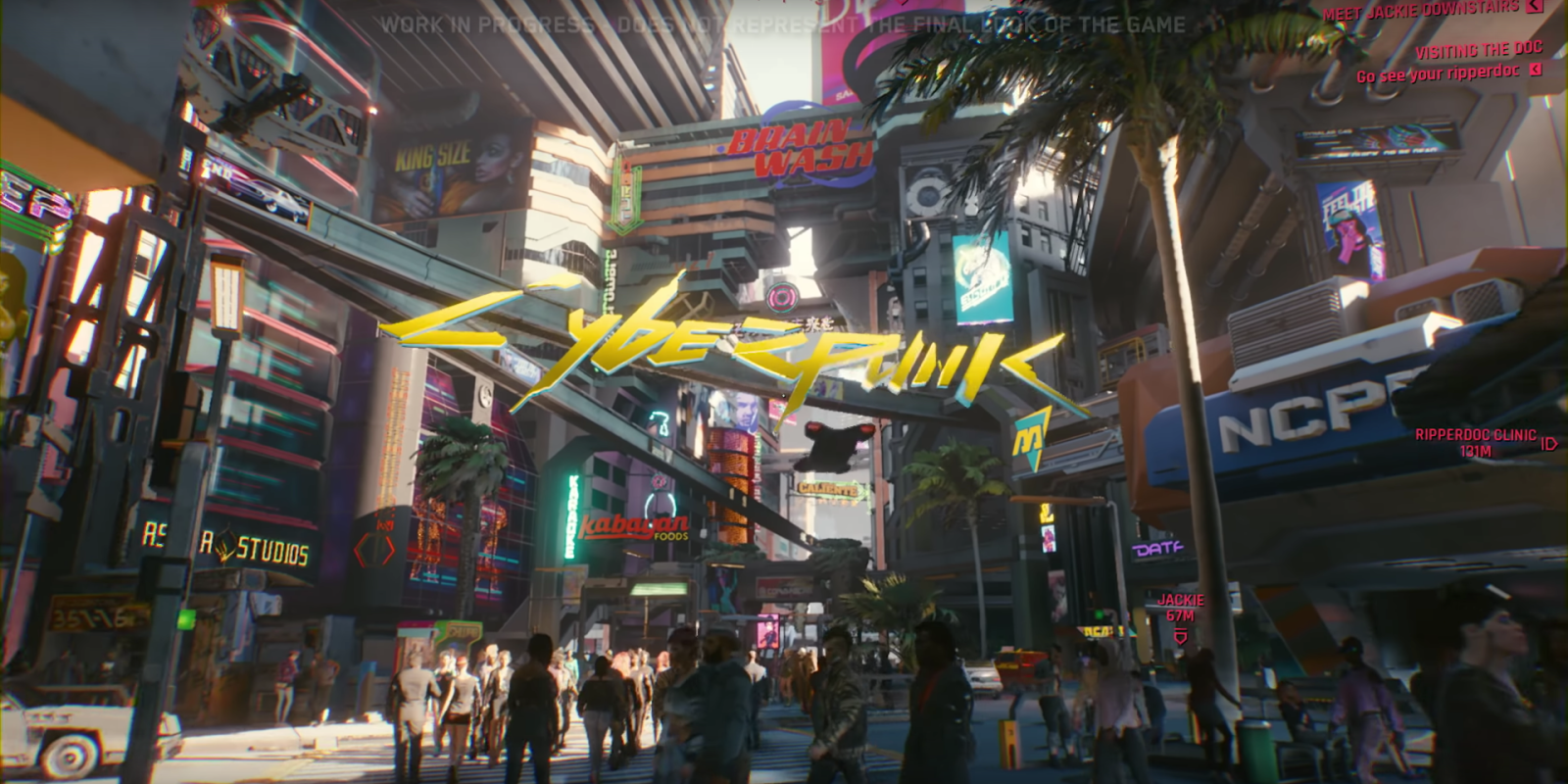 Cyberpunk 2077 was one of our games of show at E3 2018 and the public didn’t even get to see any gameplay footage. Select media members, however, did and now CD Projekt has finally unleashed that footage on the rest of us!

While we know the game is fully playable from start to finish, according to reports, this extremely long 48-minute demo is very much still a work in progress. The voice-over on the video, in fact, points this out several times.

This portion of gameplay takes place near the beginning of the game where our protagonist, “V”, and her friend Jackie are hired to locate a missing person. From there we get a great look at the first person gameplay, special abilities and overall direction of the game.

Clearly we are getting some Deus Ex vibes here, but once the combat starts, Cyberpunk shows its true colors: Destructive environments, frenetic first-person fire fights, RPG style damage stats live on-screen, people hacking and some crazy special abilities. We also get a closer look at the promised mature content and language, V’s apartment and a few amazing vistas of Night City.

The city streets and mega building complexes are incredibly alive and robust looking. Developer CD Projekt says it is the most believable city in any open world game to date. Those are certainly some lofty claims, but it’s hard to argue with them at this point.

After V gets some augmentations surgically implanted at the Rip Doctor, we see the driving action kick off around the mid-point of the lengthy gameplay demo. Well, it’s not the hover crafts you were hoping for, but we already knew we weren’t going to be seeing much of that. The driving actually looks quite immersive and the futuristic vehicles certainly fit the bill. At one point, your partner Jackie takes the wheel when a gang of Scavengers starts to shoot up your ride right before you pop out of the driver’s side window and start returning the favor. It’s a pretty amazing little dynamic and random chase scene that is apparently directly tied to the choices you have previously made.

There’s almost too many interesting features to even cover here. But another thing that caught our attention was the various ammo types and targeting systems. V can bounce bullets off walls, target enemies through obstructions, and even use an almost heat seeking machine gun of sorts. Most weapons in the game are made of various modules that you can customize and replace at will. As a side note, we clearly get a good look at V mowing down enemies by targeting particular portions of the body right before relieving them of their legs, for example.

V can hack into augmented enemies and unleash particular viruses to all the enemies on that network, or unleash giant Mantis blades from her arms as melee weapons and stick onto walls before dropping down for a stealth like kill. It just goes on and on here. And this is just an early version of the game that is still getting tweaked.

Anyways, stop listening to me and just go watch this thing!!!

As a quick reminder, today’s is the very last day for Amazon Prime members to pre-order Cyberpunk 2077 (and any other game) at 20% off.