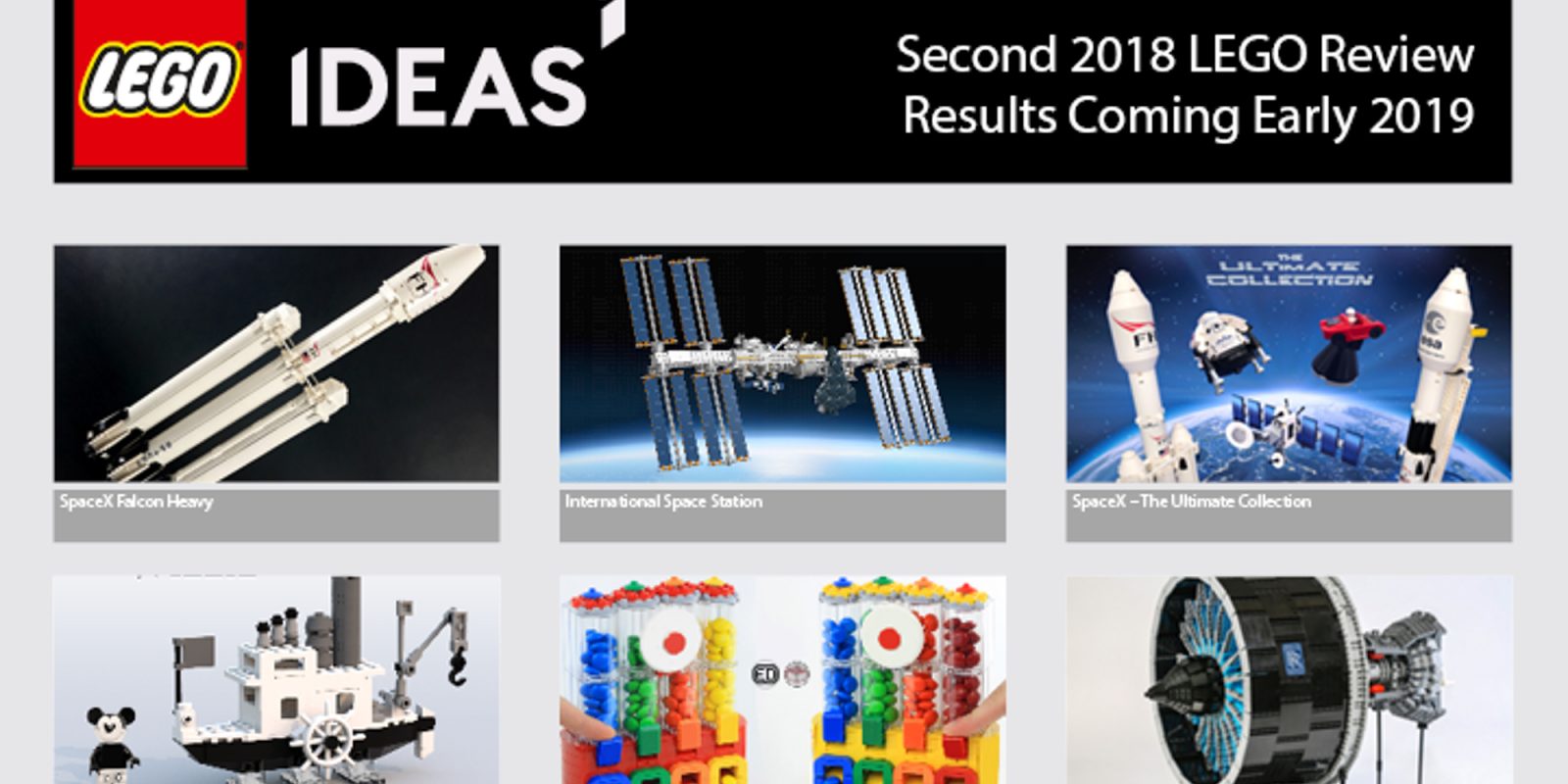 It’s always exciting to get a peek at upcoming LEGO kits and with two-thirds of the year already behind us, LEGO has just unveiled the ten finalists for the fall Ideas review period. Two of this year’s most popular releases, the Ship in a Bottle and Voltron have come out of the crowd-funding platform, which means the recent news may be our first look at 2019’s next must-have release.

Amongst the next round of qualifying LEGO Ideas builds, there’s a pretty wide range of potential kits. Compared to past finalist announcements, this most recent one is not only filled with a more diverse roster of kits, but also has one of the largest number of selections.

Standouts from the fall review include a functioning candy dispenser, a recreation of the SpaceX Falcon Heavy and a Fiat 500 F. There’s also a Steamboat Willie playset, Mexico City Skyline, various SpaceX builds and more.

As of now we won’t be getting any form of confirmation on which of the sets will get the final go ahead from LEGO until early next year. This time around the entries aren’t as exciting as last year’s in my opinion, but there are several noteworthy could-be kits that many fans will be eager to add to their collections.

With ten different builds having made it to the qualifying stage, it’s pretty easy to give some speculation as to which will models have the best chance at getting the seal of approval. One of the most popular Ideas kits has been the Apollo Saturn V set, which makes it unlikely we’ll see the other space-themed builds.

Other builds like Steamboat Willie falls to whether or not Disney has a desire to sign off on a set with their IP and the Rolls Royce Jet-Engine looks too massive and intricate to try and package and sell at a reasonable price; so both seem unlikely.

Ultimately, my bet is on seeing the Fiat 500 F hit shelves sometime in the spring. LEGO’s Creator vehicles have always been popular in the past and it has been some time since we’ve received a new addition to the lineup. Plus, LEGO has been on a roll with automobile partnerships, so car fans might just have a new roadster to add to their brick-built garage. That being said, I wouldn’t be surprised in the slightest to see LEGO debut the Mexico City Skyline kit or the Speed Champions Peugeot 205.

Which of the ten potential builds is your favorite? Be sure to let us know over on Twitter @9to5Toys or in the comments below.