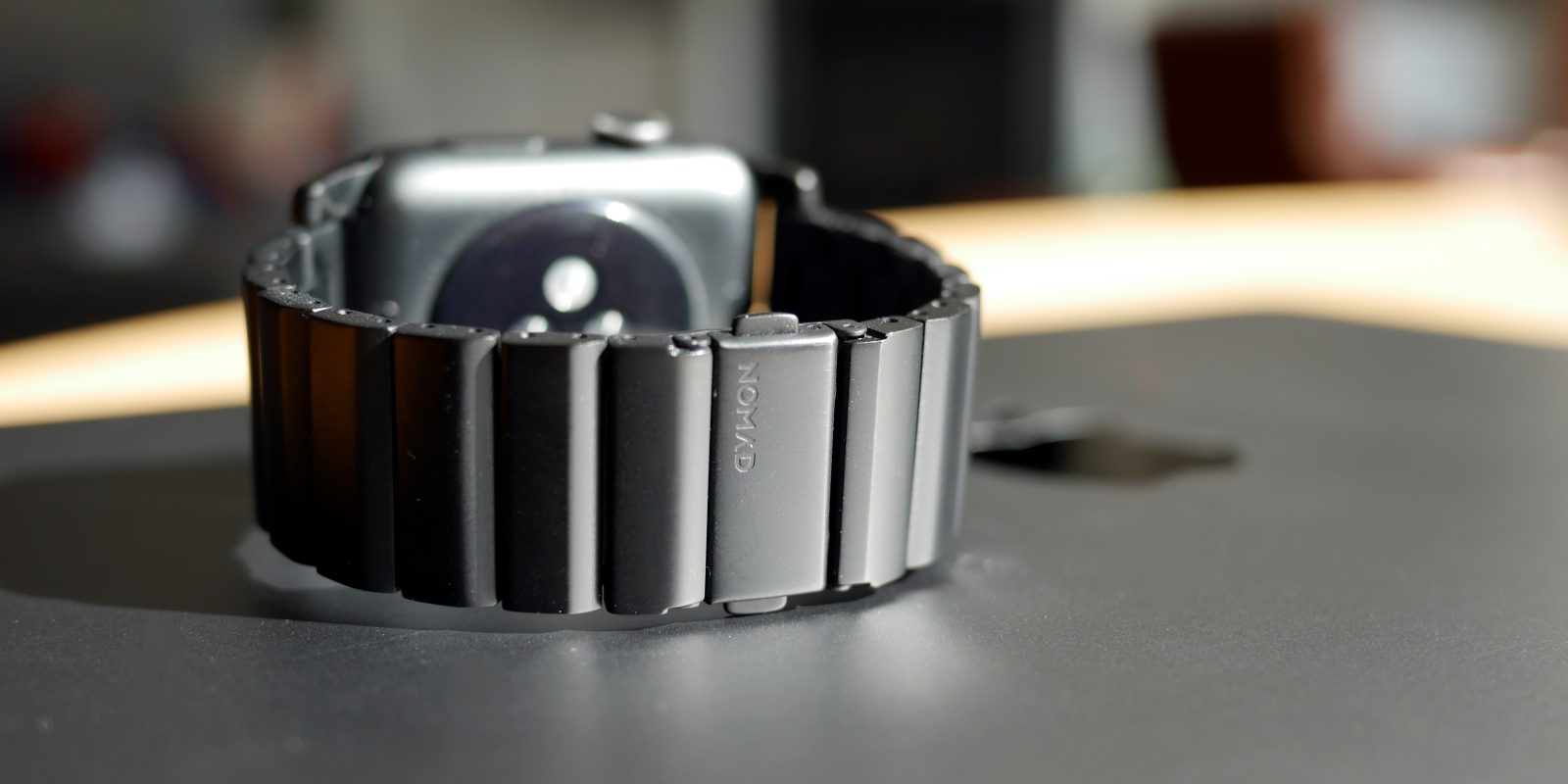 Earlier this month the Nomad Titanium Band for Apple Watch was announced. Hitting the scene at $180, it was far more affordable than Apple’s in-house alternatives. In the weeks since, I’ve been using this band daily both during work and at the gym. It differs from most of the other link bands that I’ve previously tried in a few key areas, making it an excellent choice for those looking to add some style to their wrists. Head below to find out why.

By this time, you’re surely aware of Nomad and its unique line of Apple accessories. We’ve seen various Apple Watch bands from them before, which were primarily focused on active lifestyles. The Nomad Titanium Band for Apple Watch arrives with a link design for $180, which is far less than Apple charges for its comparable in-house band. In fact, it’s some $170 less. That really puts Nomad in a competitive position with its latest release.

Nomad ships each Titanium band with enough lugs to fit larger wrists. A tool is included to remove most of the links so smaller appendages can also be accommodated. (More on the sizing experience in a moment.) Everything ships in a matte black box along with an included baggy to keep your band scratch-free. 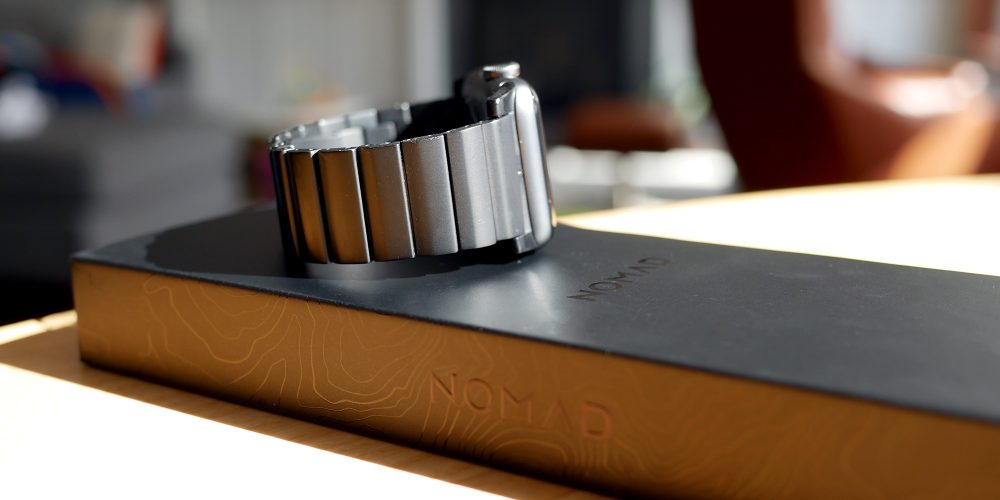 Over the years I’ve not been a big fan of link bands. Not only is sizing typically an issue for someone with smaller wrists, but any sort of hair on your arm seems to always find its way between the links, making for an uncomfortable experience.

On top of that, I would never label a link band as a suitable companion for workouts at the gym.

I’m thrilled to say that through two weeks of everyday use, Nomad seems to have cracked this equation with Einstein-level accuracy. The Titanium Band for Apple Watch is the best link-style offering I’ve ever worn.

Various link bands that I’ve worn in the past reached the nope-won’t-close-now stage before I was able to pare it down to my size. Nomad’s link band handled this without issue, although I wouldn’t suggest taking out more than the six sections that I did.

The removal process is fairly easy, although not foolproof. Nomad includes an accessory that helps take care of removing each section. It’s a silver manual drill that makes me feel more like a gemologist than a blogger, but it got the job done without issue. 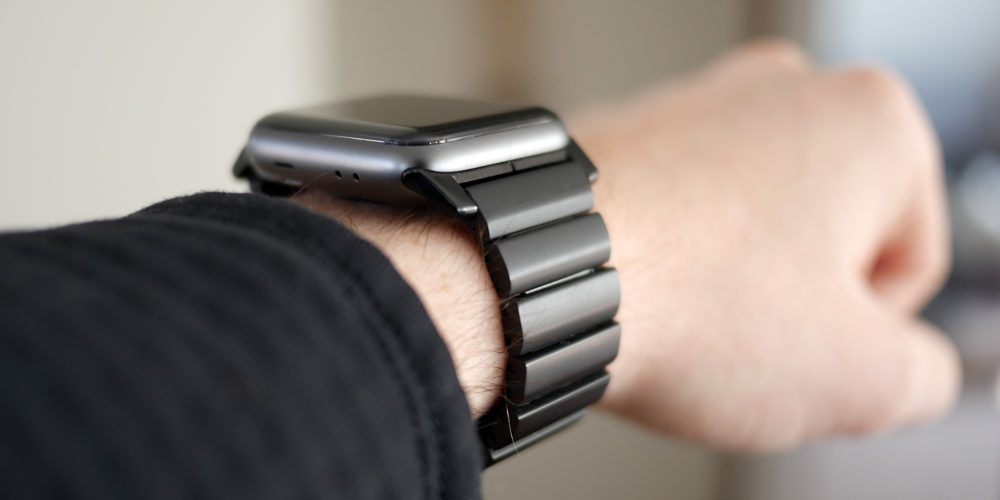 Where Nomad’s latest Apple Watch band really shines is its ability to function on my wrist without painfully pulling out any hair every 20 seconds. I’m not sure if it’s the finish or how the links sit next to each other, but this has quite often been an issue for me without bands. Not here. This makes it comfortable in just about any scenario. In two weeks, I’ve worn it to the gym regularly. I also had it on with a suit last weekend and generally found it to be a comfortable partner in my everyday life.

The Nomad Titanium Band for Apple Watch is available for purchase today direct from the manufacturer for $179.95. It ships in your choice of two colors: black or silver.