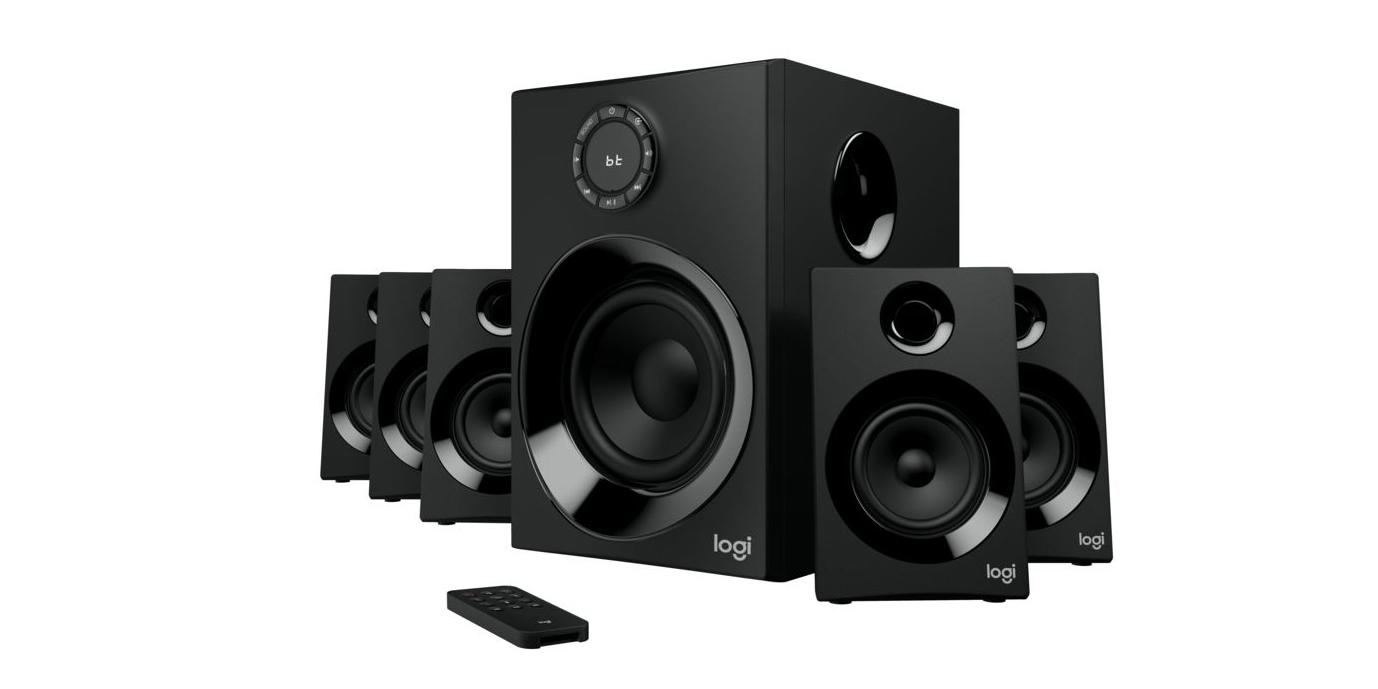 This morning Logitech has announced that it is expanding its lineup of speakers and surround sound systems with its new Z606 5.1-Ch. offering. Logitech is known for making some of the most affordable audio systems out there for a wide-range of needs, including gaming, Mac and PC. Its latest release focuses on simple home theater setups, taking into account common issues that often arise like cable lengths, subwoofer power and more. Along with a host of inputs, there’s also Bluetooth connectivity, ensuring that Logitech’s latest is ready for your entertainment needs. More below.

Logitech has long been among the industry leaders in the consumer audio category for some time. They offer a wide range of systems for just about any need. Today’s announcement to include yet another speaker offering further cements itself as one of the best in this area of tech.

The new Z606 system delivers 160W of peak power with the ability to connect with your content in a variety of ways. This includes Bluetooth, 3.5mm and RCA. While designed to work with your TV as an all-in-one home theater solution, it can also be paired with a Mac/PC and gaming system.

There’s always that one problem with surround sound systems. Wiring those rear speakers can always be at tricky proposition and going the wireless route proves costly. Logitech is looking to remedy this problem with extra long cable lengths, which will hopefully solve this issue. Users will find 20-foot lengths for the rear satellite speakers, which should be enough for most wired setups.

Logitech will begin selling its new Z606 surround sound system in the coming days for $129.99. It will ship with the five speakers, a subwoofer and wireless remote.

Those looking to save further may want to consider Logitech’s Z337 2.1-Ch. system which currently sells for around $75 over at Amazon. You’ll lose the true surround sound qualities here, but it’s hard to beat that price.

Today Logitech (SIX: LOGN) (NASDAQ: LOGI) announced the Logitech® Z606 5.1 Surround Sound with Bluetooth®, a new surround sound speaker system with 160 watts of peak power that connects to your audio sources and fills any room with amazing sound. Featuring multi-source connectivity, you can listen to audio from your TV, phone and computer through Bluetooth, a 3.5mm audio jack or RCA cables. With extra long rear speaker cables, you can place the speakers anywhere in the room and make the most of the powerful sound.

“Logitech has a storied and rich audio history and now the new Logitech Z606 brings you rich surround sound that you can enjoy from your computer, TV or smartphone at an affordable price,” said Patrick Nicolet, general manager of desktop speakers at Logitech. “The speakers fill the room with your favorite music and are simple to set up. Just select your music source using a control panel on the subwoofer or included remote, and listen from there. It’s that easy!”

With 160 watts of peak power and a 5.25” subwoofer driver, the Logitech Z606 delivers robust sound with clear highs and deep, powerful bass from any audio source, including your TV, phone, tablet, computer and more. You can connect through Bluetooth, a 3.5mm audio jack or RCA cables.

Complete with extra-long 20 foot (6.2 meter) rear satellite speaker cables, you won’t need to rearrange your room for the best placement to get optimal surround sound. Control your sound from anywhere in the room – up to 33 feet (10 meters) away – with the compact remote to play, pause and skip songs; control volume; and select input for your music, movie and games. Place the speakers on desks, consoles, end tables or easily mount them to the wall.

The Logitech Z606 5.1 Surround Sound with Bluetooth is expected to be available in February 2019 at Logitech.com for a suggested retail price of $129.99. For more information, please visit Logitech.com or connect with us on Facebook, Instagram and Twitter.

Logitech designs products that have an everyday place in people’s lives, connecting them to the digital experiences they care about. More than 35 years ago, Logitech started connecting people through computers, and now it’s a multi-brand company designing products that bring people together through music, gaming, video and computing. Brands of Logitech include Logitech, Ultimate Ears, Jaybird, Blue Microphones, ASTRO Gaming and Logitech G. Founded in 1981, and headquartered in Lausanne, Switzerland, Logitech International is a Swiss public company listed on the SIX Swiss Exchange (LOGN) and on the Nasdaq Global Select Market (LOGI). Find Logitech at www.logitech.com, the company blog or @Logitech.

Logitech and other Logitech marks are trademarks or registered trademarks of Logitech Europe S.A and/or its affiliates in the U.S. and other countries.  All other trademarks are the property of their respective owners. For more information about Logitech and its products, visit the company’s website at www.logitech.com.