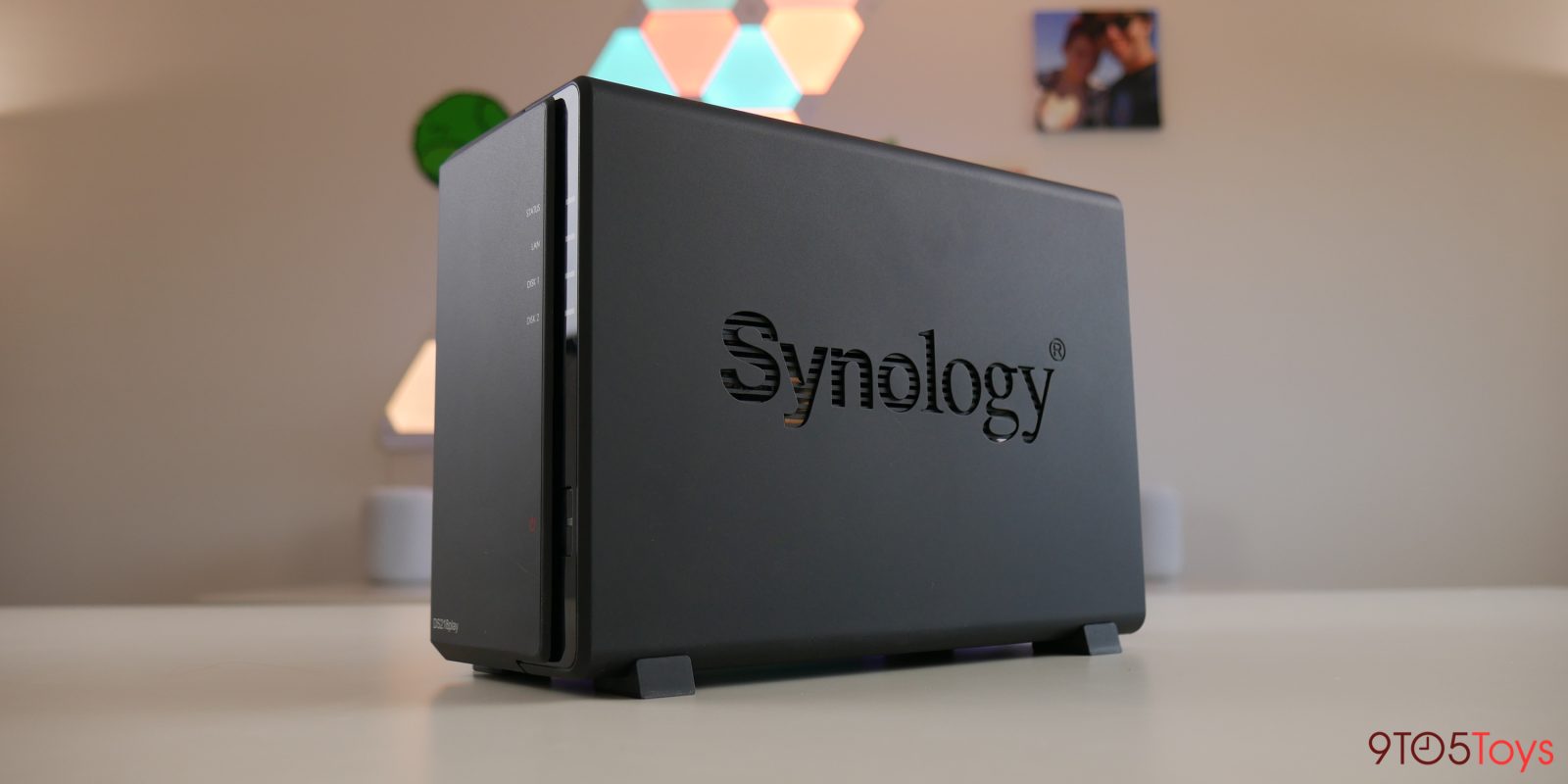 While moving into a new apartment at the beginning of the year, one of my computer’s hard drive suffered a casualty. Determined to never unintentionally lose data again in the future, I set out to find a reliable solution for hosting Time Machine backups. At the end of the journey enters the two-bay Synology DS218play NAS, an affordable yet powerful storage solution. Loaded with 20TB of storage, I’ve been using the NAS for a few days and am left with a great first impression. Head below for a closer look.

The Synology DS218play NAS arrives as one of the company’s more entry-level backup solutions. It isn’t the lowest-tier option you can choose from, but is still on the more affordable side compared to four or more-bay options. But like the more expensive models, it touts many of the features that make Synology’s NAS so popular.

Based around a Quad-Core 1.4GHz processor, it’s capable of 4K UHD video transcoding and powerful enough to run a variety of different software like Docker, Home Assistant, and more. Another perk of the Synology DS218play is that it’s on the lower side of power consumption at 5.16W when hibernating and under 17W in use. 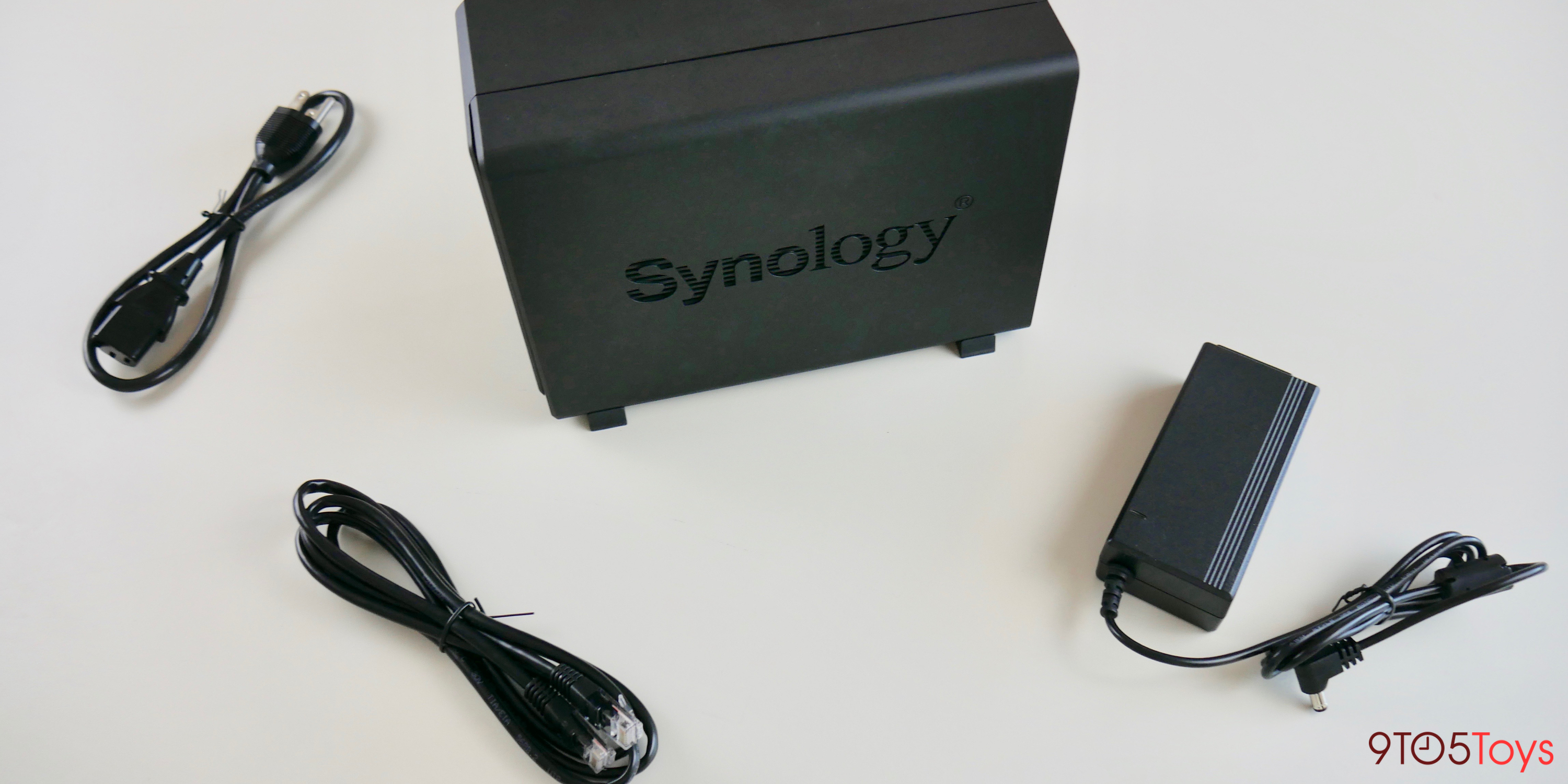 Around the back of the Synology DS218play are the NAS’s selection of I/O. Notably there’s a Gigabit Ethernet port as well as two USB 3.0 ports for expanding storage via external hard drives. A large 3.6-inch fan takes up the rest of assembly and keeps the entire package cool.

In terms of transferring files, you’ll be looking at 113 MB/s read and 112 MB/s write speeds. The NAS caps out at 24TB of storage, with each of its drive slots allowing for upwards of 12TB.

Setting up the DS218play NAS 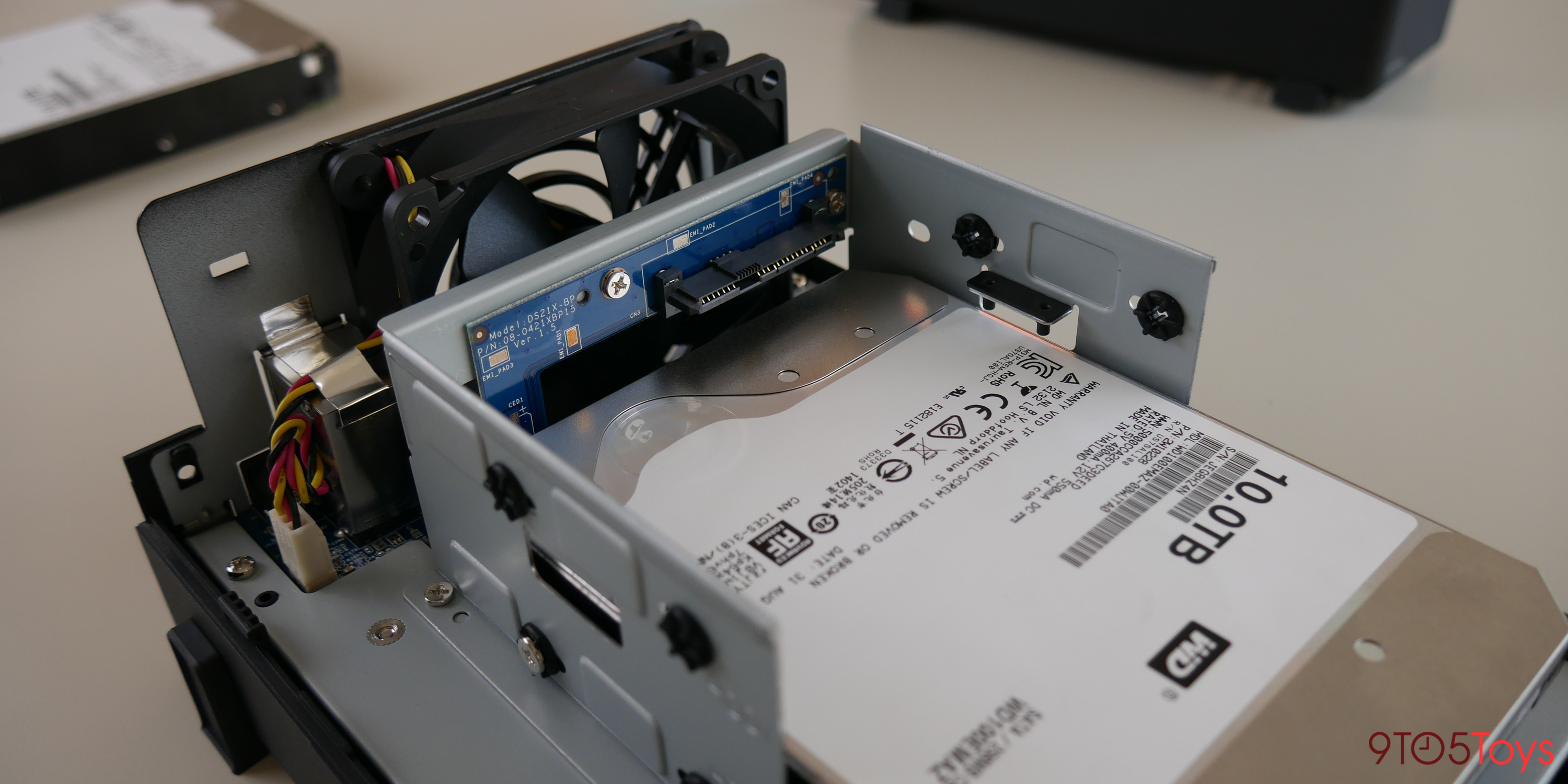 Speaking of storage, I’ve opted to load the Synology DS218play with two of WD’s White 10TB drives. On paper they’re the exact same model as the company’s highly-rated Red drives; meaning they offer superb lifespans and are ideal for backups. Any 3.5-inch hard drive will do though, and even 2.5-inch drives are compatible with the right adapter.

Configuring the NAS is an extremely straight-forward process, and certainly intuitive enough for first-timers to do with relative ease. The Synology DS218play will automatically be detected on your network and DiskStation Manager will guide you through each phase of the setup. The only tricky aspect of getting the NAS backup-ready is choosing a RAID type. I went with RAID 0 to get the most storage possible, but other configurations offer data redundancy; so one drive can fail and you won’t lose all of your data.

It’s ready to go for Time Machine backups right out of the box, and natively integrates with macOS. Those two features alone make the Synology DS218play notable. But the DiskStation software offers an easy to use web-based interface that shouldn’t be under-emphasized. 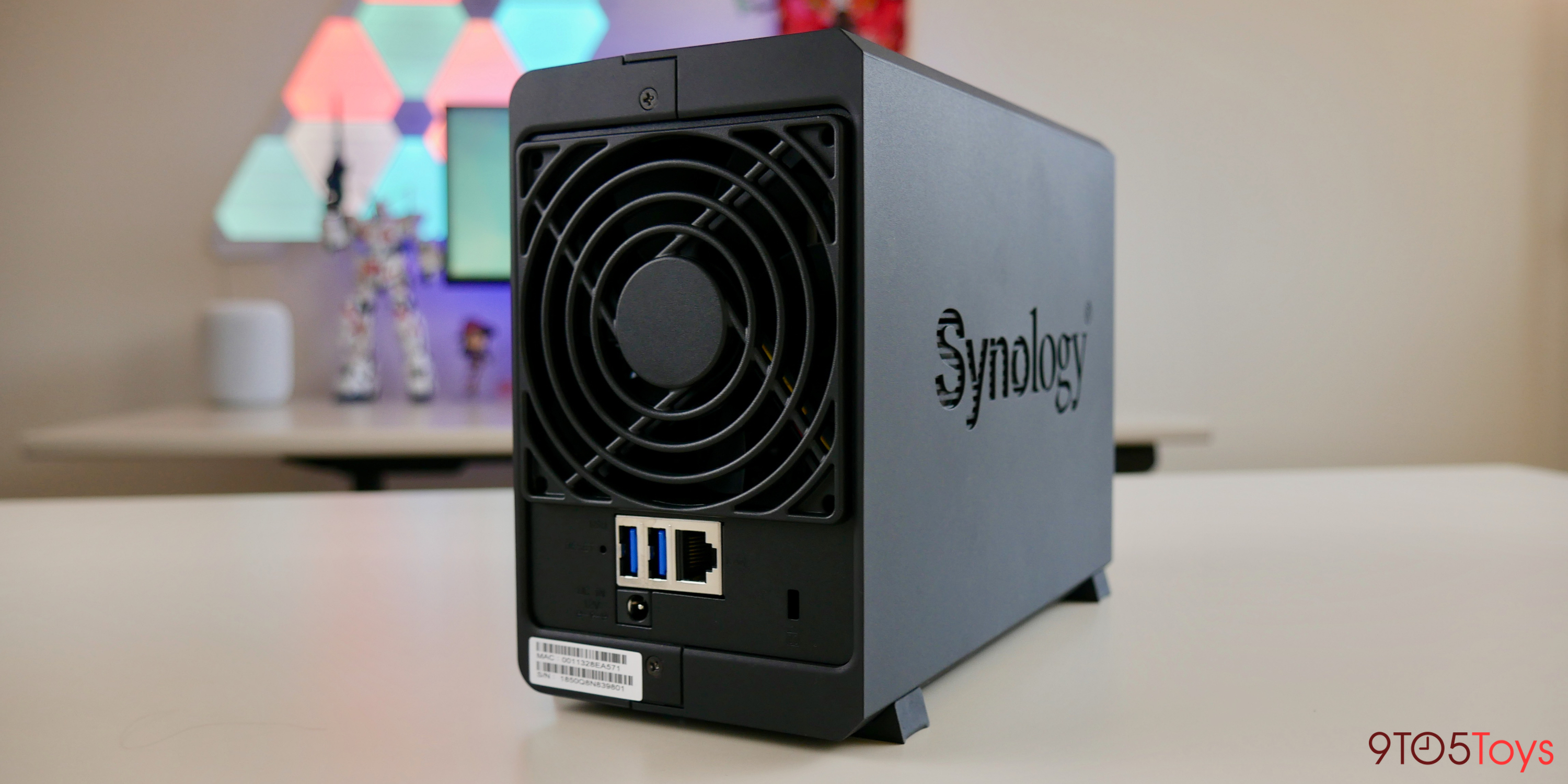 Synology notes that you’re looking at upwards of 113MB/s transfer speeds on the DS218play. Those specifications are more of an upper bound than what to expect from average real world usage though. Sequential reading and writing drops those speeds to around 90 and 100MB/s, respectively. But for handling 20TB of storage, performance is still notable and not too far off from the higher-end DS418play.

In practice it was able to perform an initial 204GB Time Machine backup in under and hour and half. So while speeds aren’t what you’re looking at with driving touting Thunderbolt 3 or USB-C ports, the Synology DS218play is right on par with most other desktop hard drives. 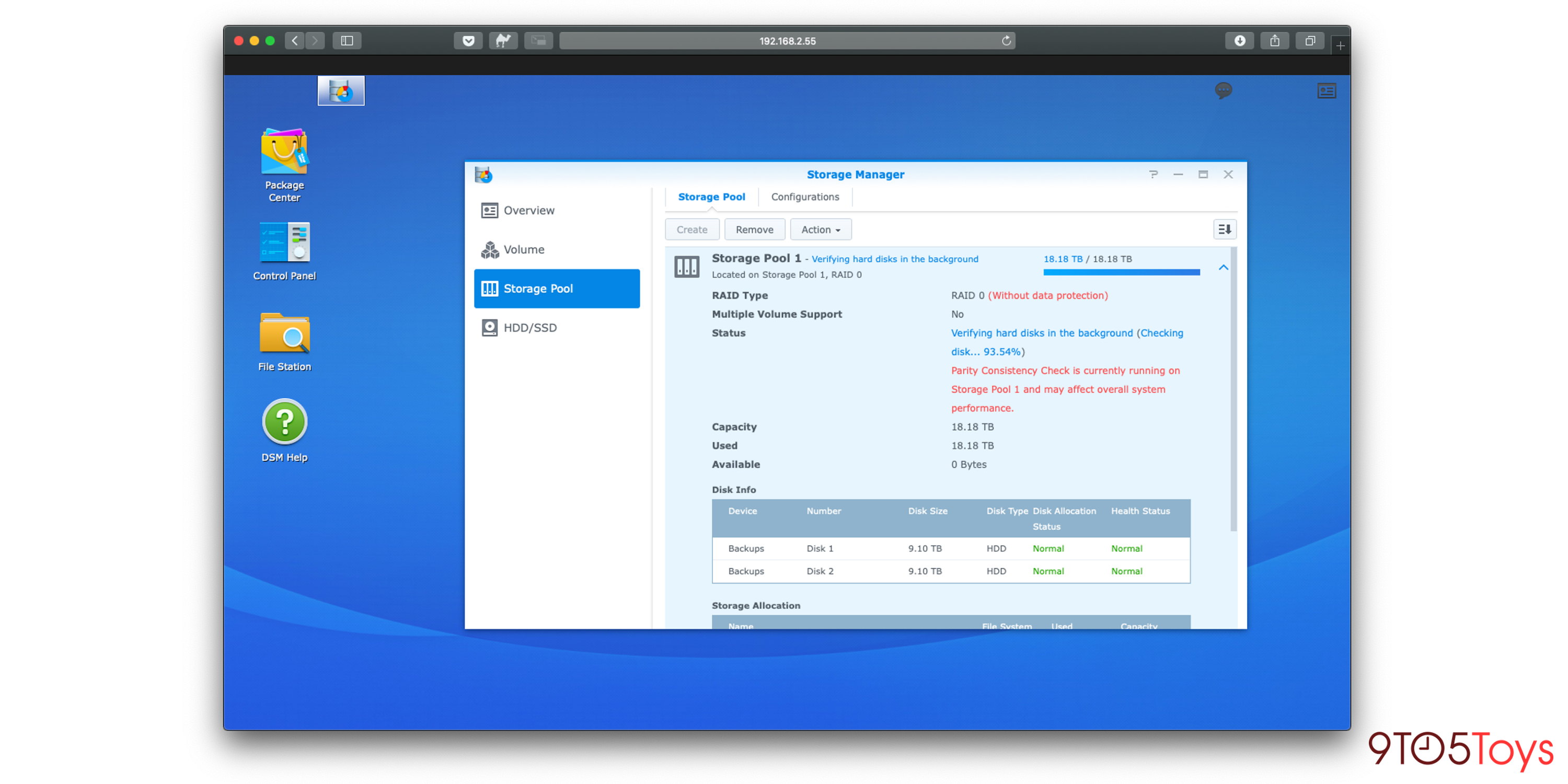 While it can’t natively support Plex, it works extremely well in-tandem with another device hosting the software. In my tests, it was able to supply 4K HDR content to a connected Mac mini with ease. 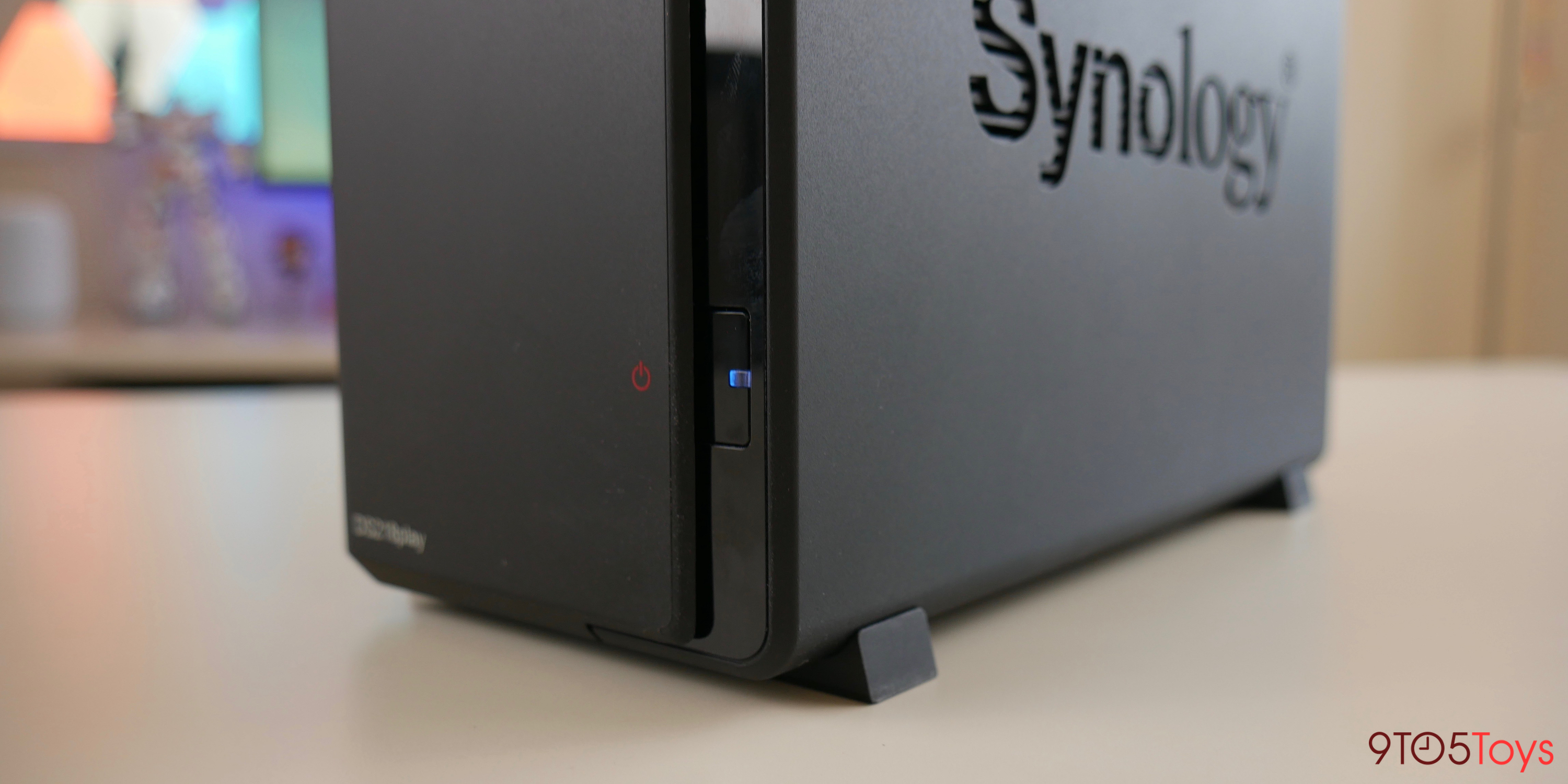 Even though the Synology DS218play isn’t the companies latest, there’s a lot to write home about. At $230, it’s one of the more affordable two-bay NAS on the market, but still touts noteworthy specs and features. Synology’s DiskStation operating system is still a best-in-class option for managing storage and tweaking setting on the DS218play.

It’s more powerful than the DS218j, which gives it more flexibly and longevity. If you’re in search of a high-capacity backup solution, then it’s hard not to recommend. Unless you’re looking for a higher-end solution, the Synology DS218play NAS pairs reliable performance with an accessible price tag and standouts from the crowd of other NAS. After making a great first impression, it looks to have finally ended my quest for a Time Machine backup server.