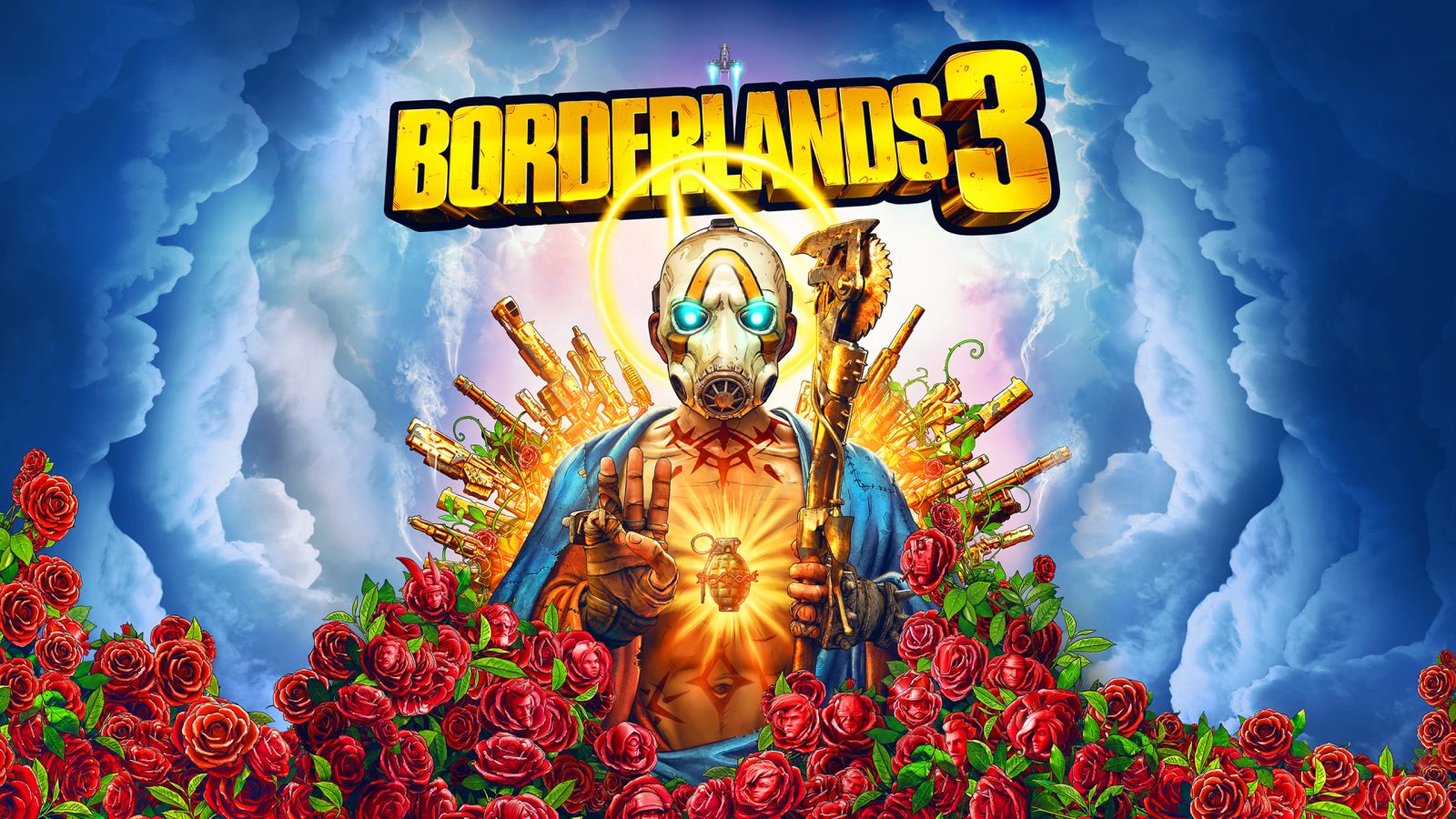 Take-Two and Gearbox announced the official Borderlands 3 release date today. While it will be a staggered launch to some degree, you can expect to be playing the latest entry in the Borderlands series this year. We are also getting details on the special editions, pre-order bonuses and most importantly, a brand new gameplay trailer. As always, everything is waiting for you down below.

Last week, Gearbox took the stage at PAX East for a special showcase. We got some details on some of the smaller games Gearbox will be publishing as well as a new Borderlands card/board game and the announcement of the Borderlands: Game of the Year Edition for PlayStation 4, Xbox One, and Windows PC. But, after some minor technical difficulties, we got our first glimpse at Gearbox’s highly-anticipated flagship sequel. While at the time, we did not get a proper Borderlands 3 release date, that all changes today.

It is described as a “hilarious, story-driven, non-stop galactic thrill-ride, filled with colorful characters, epic enemies and boss fights, and literally billions of guns.” But more importantly, it is releasing this year. Borderlands 3 is set to launch on September 13th, 2019 and it cannot come fast enough. While consoles will see a standard release, PC versions of the game will be exclusive to the Epic Store until April 2020. Do yourself a favor and take a look at today’s brand new Borderlands 3 Official Announce Trailer below.

We get a closer look at the four new vault hunters (Moze the Gunner, Amara the Siren, FL4K the Beastmaster and Zane the Operative) along with their abilities. This time around your goal will be stop the nefarious cult-leading Calypso Twins from getting their hands on the “the galaxy’s ultimate power.” As perviously suggested, the game will support 4-player multiplayer and local co-op. While a live stream on May 1st will carry all the details on the game you’re curious about, we do know there are “new worlds beyond Pandora” featuring a diverse set of biomes from hostile deserts and war-torn cityscapes to “deadly bayous and more!” 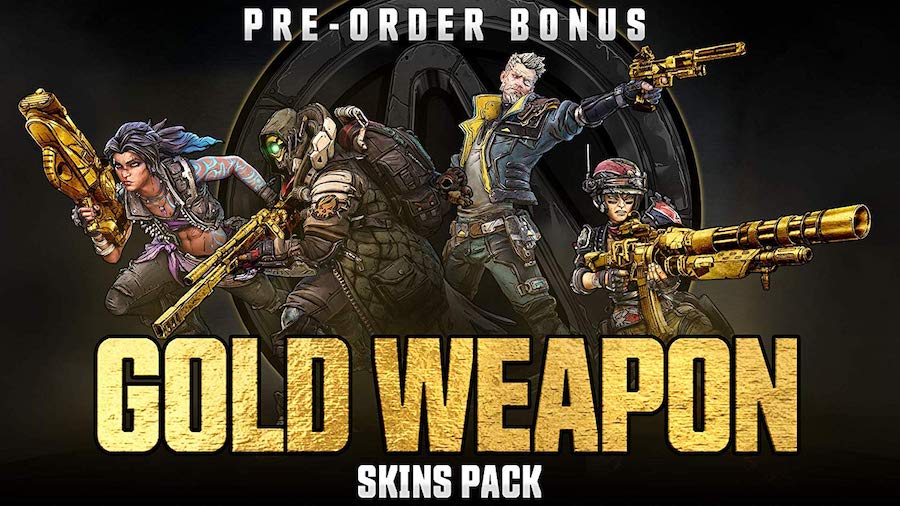 On top of the official Borderlands 3 release date, Gearbox is also dishing the details on various pre-order bonuses and special editions today. You’ll find all the details on those down below. But just keep in mind, along with the gold weapon skins & weapon trinket that come with pre-orders on the standard edition, Target is currently offering a $10 gift card as well. 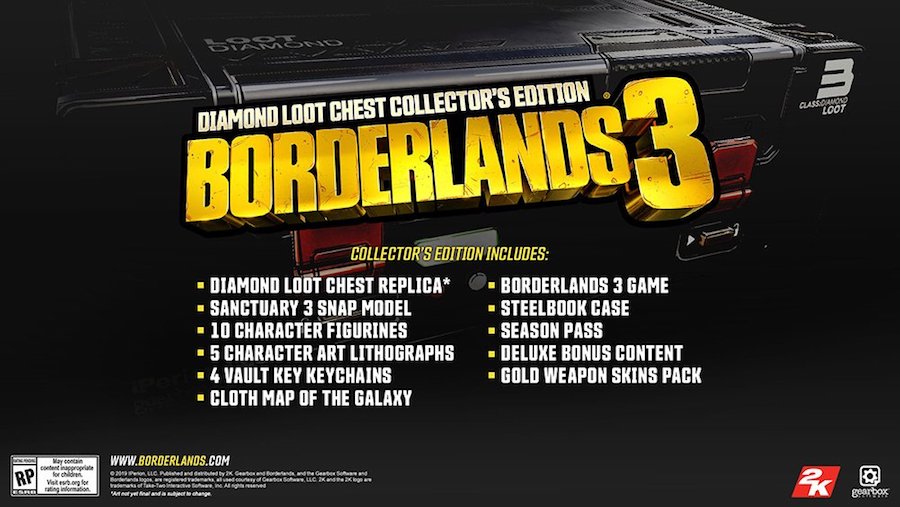 The $80 Borderlands 3 Deluxe Edition includes the base game as well as a series of in-game content packs, loot drop boost mod and the pre-order bonuses on the stars version. The $100 Super Deluxe carries everything mentioned above as well as a four campaign DLC packs a weapon accessories and will jump up to $120 after September 17th. Lastly, the $250 Collector’s Edition comes with everything mentioned above alongside a Diamond Loot Chest replica, 10 character figurines, Sanctuary 3 snap model 4 keychains, cloth galaxy map, lithographs and the Steelbook case.

Yes, the Borderlands 3 release date is still six months out and could very well get bumped, but at least we know it’s on the way. Despite being about about a half a year away, Gearbox is being quite generous with the info dumps considering it will be back on May 1st with more. Oh and, that Borderlands: Game of the Year Edition is out today on all major platforms.