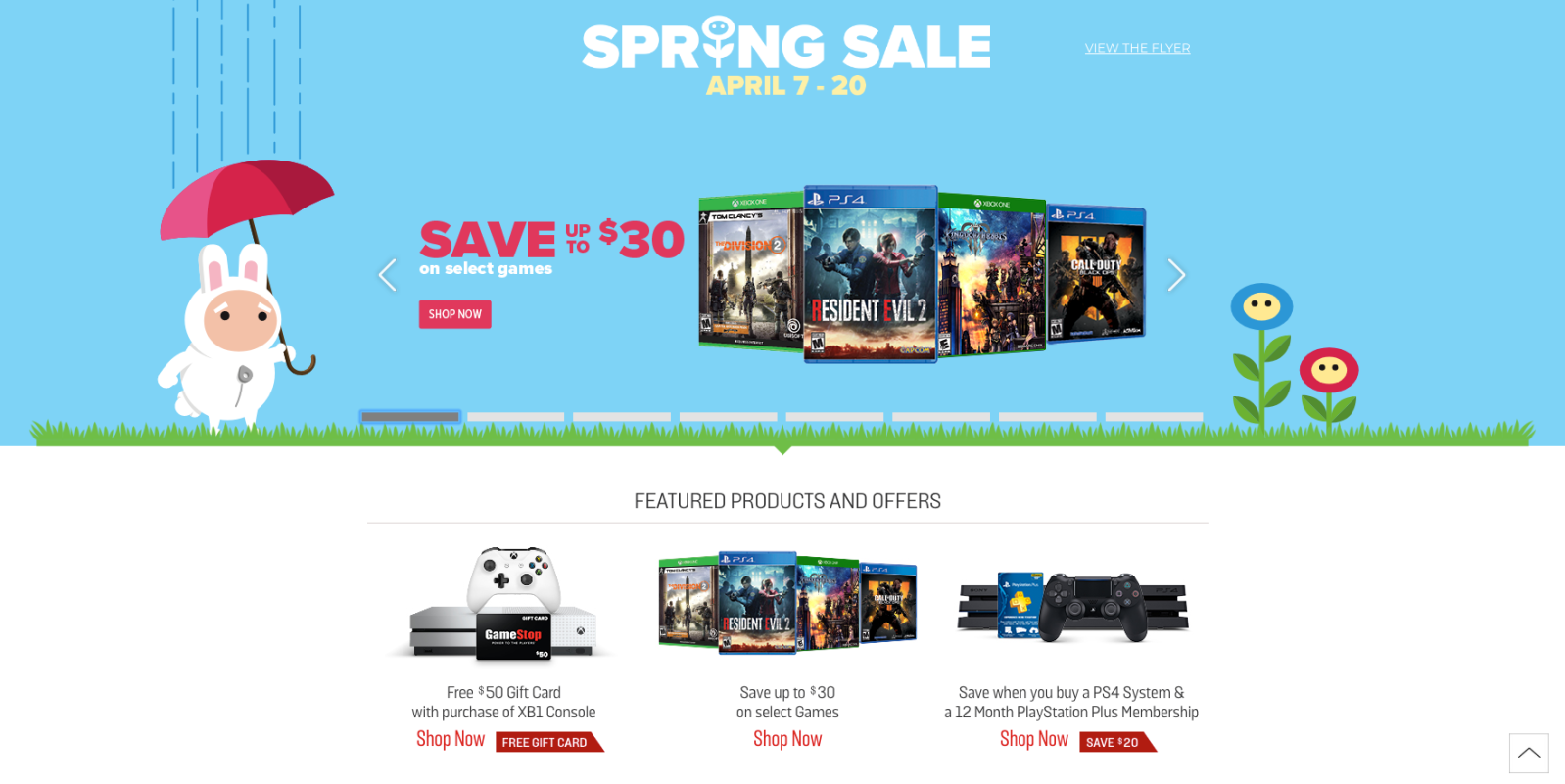 GameStop has now kicked off its giant Spring Sale. That means we are seeing deep deals on games across all platforms as well as console offers, toys, accessories and much more. While some of the most notable offers appeared in our games roundup this morning, you will find a bunch more deals to parse through down below. We have listed our favorite game deals as well as some very notable trade-in offers with as much as $250 in credit attached. Head below the jump for everything.

As for the console deals, GameStop is now offering $50 gift cards with the purchase of any new Xbox One S/X. That’s a notable discount if there’s a particular bundle you have your eye on, but we regularly see Xbox One S bundles for much less than that. The Xbox One X offers are much closer to our usual lows though. However, there are some notable trade-in offers running right now on consoles and games:

When it comes to game deals, most of the best stuff is for Xbox One and PS4, although there are some notable Switch games. You’ll find our top picks below with even more options in this morning’s game roundup.

You will find some accessories and controllers on sale at GameStop but we also have this PlayStation 4 Controller Charging Dock for just $9 (Save 35%) and Sony’s PlayStation Classic for $34 (All-time low).

Write your own epic odyssey and become a legendary Spartan hero. Forge your destiny in a world on the brink of tearing itself apart. Influence how history unfolds in an ever-changing world shaped by your choices. LEGENDARY SPARTAN HERO – Embark on your journey from outcast to legendary Spartan hero. ANCIENT GREECE AWAITS – Explore an entire country full of unexpected encounters in untamed environments and bustling ancient cities.