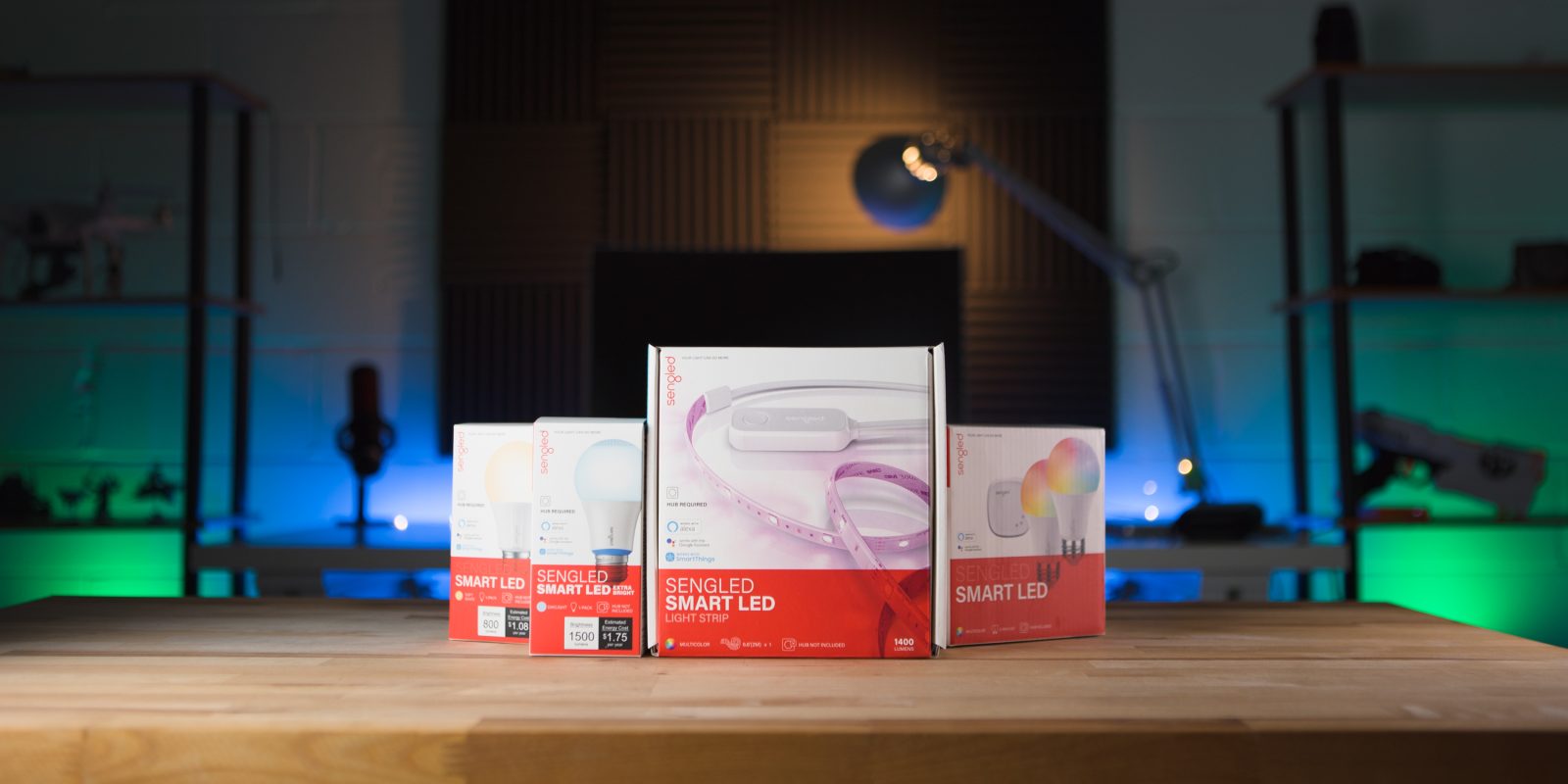 Sengled has added a few new products to its line of smart LED lighting. As an alternative to the popular Philips Hue lights, I wanted to see how a kit would work in my studio so we are checking out a few of these new additions. Today’s review features the Extra Bright 1500 lumen bulb and Multicolor Light Strip as well as the Multicolor Kit, and 800 lumen soft white LED bulb. Check out the video below for more.

Like most companies making smart LED lights, Sengled has its own dedicated app, Sengled Home, which allows a great deal of customization for lighting. Within the app, lights can be configured into groups in rooms with specific schedules for wake and sleep times if you want the lights to turn off at a specific time. If you want even more control, like with your voice, the Sengled devices can also be paired with Amazon Alexa, Google Assistant and Samsung SmartThings. There are even some packages available on Amazon that include a free Echo Dot. Unfortunately, Apple HomeKit isn’t on that list of supported assistants, though. 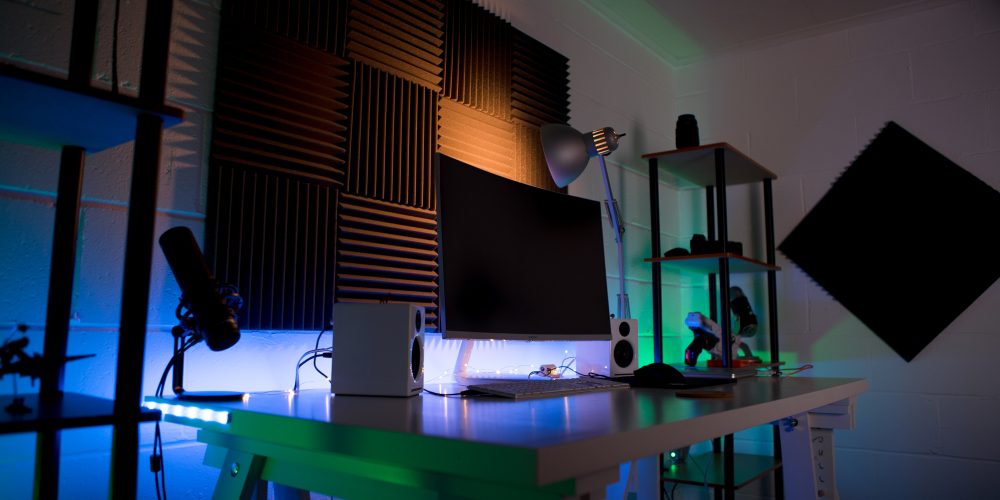 Packaging is very simple with Sengled lights. Included alongside the Lightstrip is an instruction manual a few clips for mounting and setup. With each bulbs, and even the hub, the only instructions in the box is a card directing you to Sengled’s website for setup. But once you get the app downloaded, installation and setup is very simple.

With its included hub, the Multicolor A19 Kit is a good starting place for a Sengled system. Priced at $69, the included hub grants control of all of Sengled’s devices from an iOS or Android device. The two multicolor bulbs in the kit can put out 800 lumens, or about a 60W equivalent and can choose between 16 million colors.

At 1500 lumens, the brand new $24.99 Extra Bright LED bulb lives up to its name. I’m using it as a key light for these photos and a good chunk of the video. While it doesn’t feature 16 million colors like the multicolor bulbs, the Extra Bright is available in Daylight 5000K and Soft White 2700K to match other bulbs in a room. 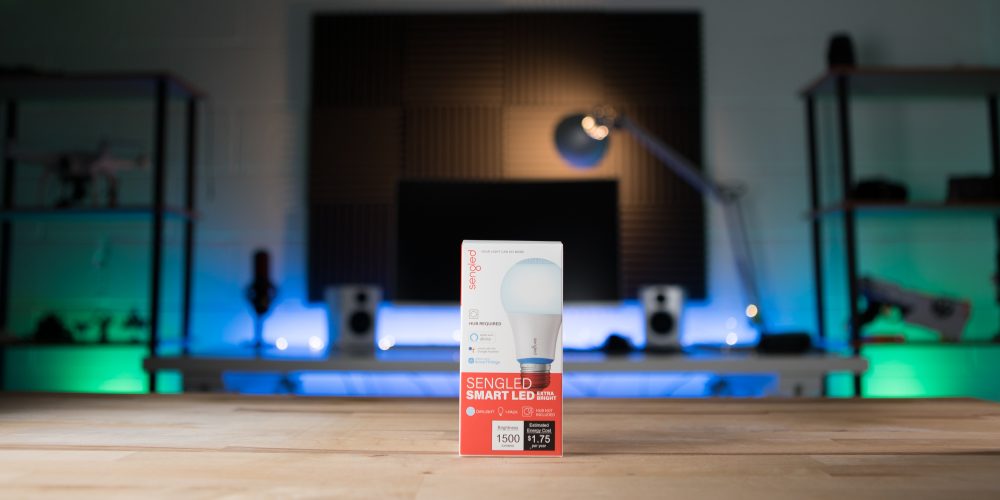 Another brand new product for Sengled, the LED Multicolor Light Strip, comes in a two meter section. With 3M adhesive on the back of the strip and connector, attaching the lightstrip is simple and secure. The strip can be shortened and extended as needed and is priced at $49.

One of the more basic bulbs, the 800 lumen bulb, doesn’t have the same lighting customization but works perfectly with other Sengled bulbs with an attractive $10 price tag. 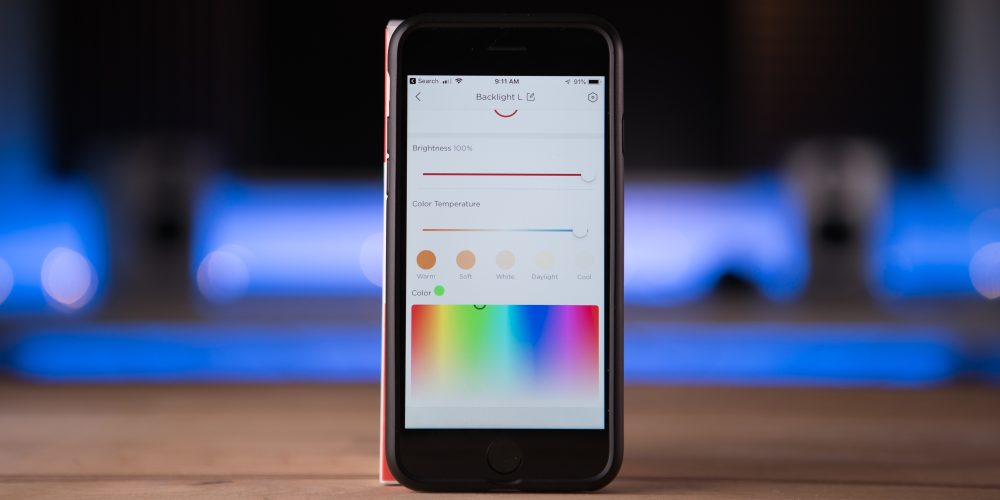 Setting up the Sengled lights is pretty straight forward. To control most of its lights a hub is required. To setup the hub, just plug it into power and run an Ethernet cord to a router. Everything is controlled through the Sengled Home app. Once the app is installed, simply navigate to the devices section, click the plus and follow directions. Typically by scanning the QR code on the light, setting up a devices takes just a few seconds. Though occasionally I did have to turn the bulb on and off to get it to pair with the hub.

Having wireless control over your lights is pretty nifty. I’ve configured a number of them in my studio and love the ability to turn everything off or on with the push of a button while also changing color in the room by summoning Google or Alexa. So far everything has felt seamless and fluid. Setup was a breeze and changing settings within the Sengled app is just as simple.

Overall, I’m pretty impressed with these Sengled LED lights. In my opinion, the only downside is the lack of Apple Homekit, but that’s only an issue if you’re in the Apple ecosystem. Philips Hue is a close competitor with HomeKit integration, but generally has a higher price tag.

If you want the ultimate gaming RGB experience, check out our build out of the Razer Chroma Cave which integrates Philips Hue lights with Razer Synapse.