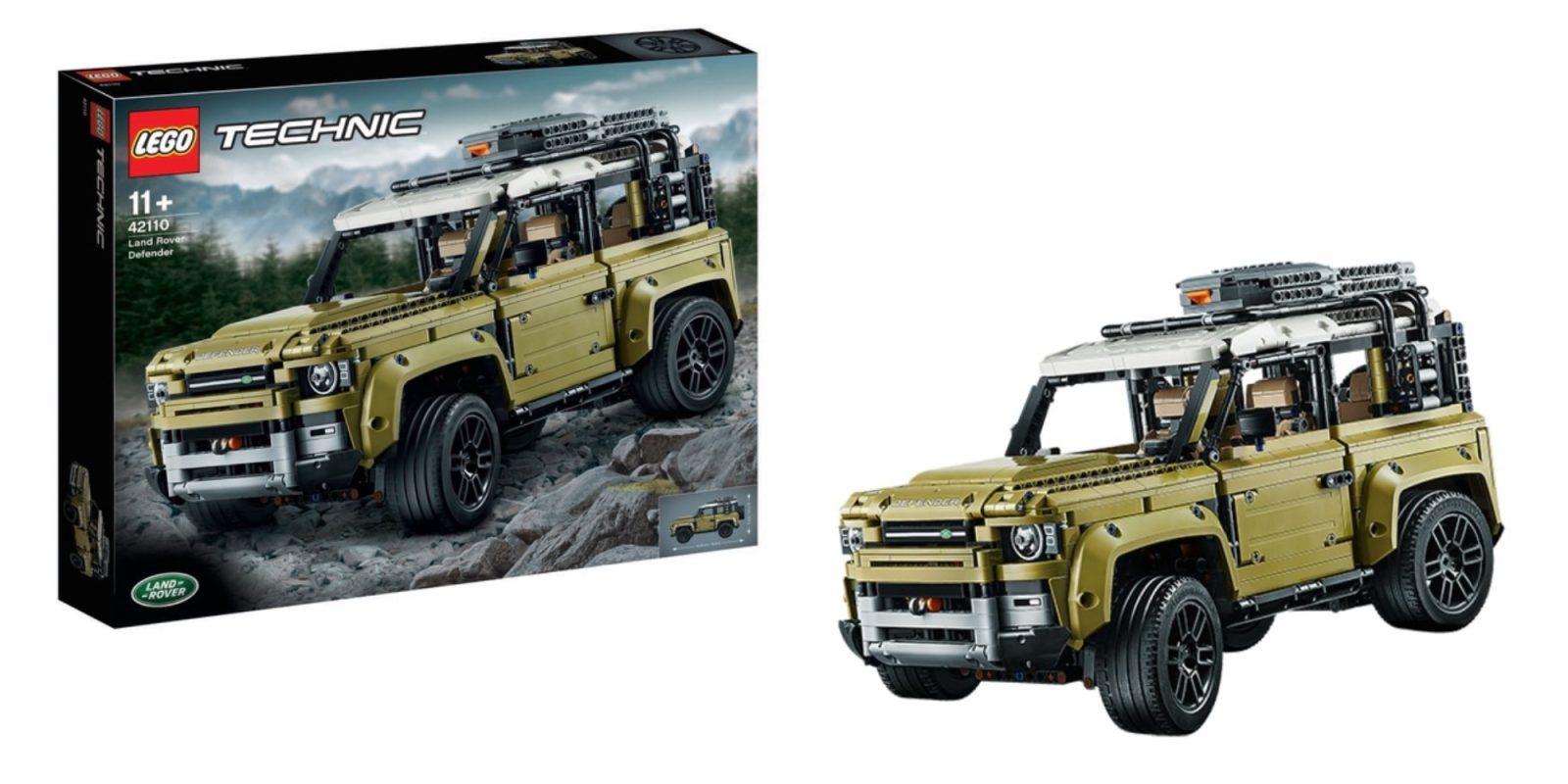 Back in April we got a first look at LEGO’s upcoming 4,100-piece Liebherr R 9800 kit, and now we’re getting another must-have Technic creation. The first images of LEGO’s upcoming Land Rover Defender build have just surfaced, and it’s hard not to be excited over the 2,500-piece off-road vehicle. Measuring over 16-inches long, the set features a four-speed gearbox alongside a working winch as well as plenty of rare bricks and more. Head below for a closer look.

Over 2,500-pieces of Land Rover muscle

The latest Technic creation from LEGO looks to recreate the luxury four wheel drive vehicle. Comprised of 2,573 pieces, the brick-built Land Rover Defender stands 8.6-inches tall and measures over 16-inches long. All of the kit’s included elements look to be put to use, as the set does a great job encompassing its real-world inspiration.

There’s more to the LEGO Land Rover Defender than just its display-worthiness though. It comes equipped with several working mechanisms including a steering system, four-speed sequential gearbox and more. There’s also three differentials and an independent suspension packed into the frame. Plus if that weren’t enough, LEGO caps it all off by including a functioning winch on the Rover’s front fender.

Another notable aspect of the new Technic set is the LEGO debut of a brick-build Land Rover. It’s also the first time we’ve seen a Technic set primarily-comprised of olive green elements. So not only will this be a release that car fantastics and collectors look to get their hands-on, but it’ll also be noteworthy for those just looking to add some rare elements to their collections.

Unlike some of the other more massive Technic builds from LEGO, the Land Rover Defender will lack any built-in electric elements. Given all of the other aspects from this kit, it’s hard to not be disappointed by the omission. But this truly would have been a must-have if LEGO had worked in a motorized winch or some other feature.

As of now the set is rumored to be released come October, though there is no official word from LEGO on the matter. It is said to retail for €159.99, which means that odds are it’ll fetch closer to $200 here in the United States.